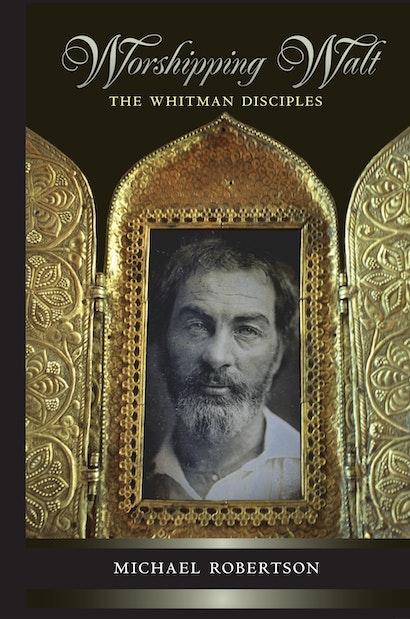 Despite his protests, Anne Gilchrist, distinguished woman of letters, moved her entire household from London to Philadelphia in an effort to marry him. John Addington Symonds, historian and theorist of sexual inversion, sent him avid fan mail for twenty years. And volunteer assistant Horace Traubel kept a record of their daily conversations, producing a nine-volume compilation. Who could inspire so much devotion? Worshipping Walt is the first book on the Whitman disciples — the fascinating, eclectic group of nineteenth-century men and women who regarded Walt Whitman not simply as a poet but as a religious prophet.

Long before Whitman was established in the canon of American poetry, feminists, socialists, spiritual seekers, and supporters of same-sex passion saw him as an enlightened figure who fulfilled their religious, political, and erotic yearnings. To his disciples Whitman was variously an ideal husband, radical lover, socialist icon, or bohemian saint. In this transatlantic group biography, Michael Robertson explores the highly charged connections between Whitman and his followers, including Canadian psychiatrist R. M. Bucke, American nature writer John Burroughs, British activist Edward Carpenter, and the notorious Oscar Wilde. Despite their particular needs, they all viewed Whitman as the author of a new poetic scripture and prophet of a modern liberal spirituality.

Worshipping Walt presents a colorful portrait of an era of intense religious, political, and sexual passions, shedding new light on why Whitman’s work continues to appeal to so many.

Michael Robertson is professor of English at the College of New Jersey. He is the author of the award-winning Stephen Crane, Journalism, and the Making of Modern American Literature and the coeditor of Walt Whitman, Where the Future Becomes Present. 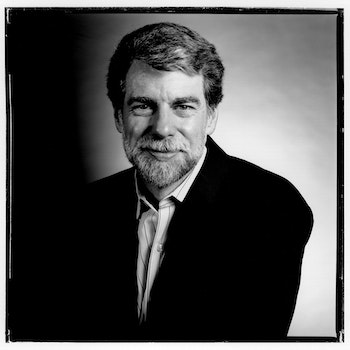 "For some devoted readers in the late nineteenth century, Walt Whitman was a 'man magnified to the dimensions of a god,' and Leaves of Grass a divinely inspired gospel. In a series of entertaining and acutely observed biographies of the 'Whitman disciples,' Robertson situates their fervor in a complex religions landscape."—New Yorker

"Michael Robertson's Worshipping Walt...introduces us to a handful of the 'hot little prophets' who made a cult of Whitman, and also reminds us of the religious purpose of his poetry—with Leaves of Grass as gospel."—Adam Begley, New York Observer

"Robertson's collection of reflective biographies brilliantly illuminates Whitman's life and the wider life of his poetry. It is a book of the physical, intellectual and spiritual adventures, and the author's own adventures with Whitman are not the least of its pleasures."—Michael Schmidt, Financial Times

"Robertson brings [Whitman's] devotees to life without the scorn that earlier critics placed on them, and the effect is like seeing a negative image of Whitman. Their lives take shape around his. Whitman's poetry shines brighter as a result. By studying these 'hot little prophets,' Robertson indirectly puts Leaves back into this original context, and by doing so he makes the poet easier to grasp."—Tom DePoto, Newark Star-Ledger

"...[t]he biographical chapters are fascinating portraits written in an accessible style. Robertson covers the historical, religious, sexual, and social movements in the United States and England during the 19th century in great detail, and he successfully illuminates not only Whitman's life but the lives of those whom he influenced."—Morris Hounion, Library Journal

"While Whitman's work has been studied exhaustively, this book brings the people around him to life and gives a voice to these ghosts of his spiritual surrounding. Based upon large amounts of correspondence and diaries, Michael Robertson very ably demonstrates the influences that Whitman had on people on two continents."—Philadelphia Gay News

"In this enchanting book, Robertson presents an original, provocative look at 19th-century America's most colorful poet. Looking at Whitman through the eyes of a range of acquaintances—from Anne Gilchrist and Horace Traubel to John Burroughs and Oscar Wilde, all of whom regarded the poet as a spiritual guide—the author meticulously examines the seductive qualities of Whitman and his verse. . . . This deft portrait provides an illuminating look at the almost-worshipping respect of some of Whitman's staunchest devotees, who regarded him as a religious prophet, a mystic poet, and a sexual libertarian."—D.D. Knight, Choice

"It is a singular accomplishment of Robertson's unusual but compelling study, blending the academic and the personal, that not only does it recover for this century the life-altering impact of Whitman's poetry on a fascinating group of his first generation of readers, but it also reminds readers of all poetry—not just Whitman's—that more can be at stake in the reception of a poem than intellectual satisfaction."—David E. Anderson, Religion and Ethics Newsweekly

"One impression that becomes stronger as one reads Worshipping Walt is that little was perfunctory, hyped, or rose-colored in the discipleship Robertson lays before us. Intelligence plus genuine and heartfelt personal conviction always seem to shine through, banishing any temptation to dismiss these disciples as cranks. The same can be said of this book itself. Robertson fully earns the right to reveal himself, on the last page of his afterword, as a disciple too."—Gary Schmidgall, Quarterly Review

"Robertson's writing is compellingly clear, without sacrificing complexity. . . . Worshipping Walt has appeared at a moment when questions about fundamentalism and democracy are being debated worldwide; it has much to contribute to those debates, and to understanding one of that world's best-known poets."—Matt Cohen, Biography

"Robertson's examination of the evolution of the disciples' ideas, and how they reflect their indebtedness to Whitman's poems, makes for a detailed, concise, and elegantly written account of the scene's intellectual history."—Nicholas Sabloff, Common Review

"Robertson offers a valuable analysis of the troubled relationship between Whitman worshippers and literary critics who, in canonizing Whitman, reduced 'the eagle to a songbird.'"—Jason Stacy, American Literature

"Michael Robertson has written a fascinating book on those who thought of themselves as nearest and dearest to Walt Whitman—incontestably 'America's greatest poet'. We've seen quite a few substantial biographies of Whitman, and they score the various points their authors intended to score, but Mr. Robertson's book takes a new and altogether refreshing direction by introducing us, in some depth, to Whitman's true-blue disciples. Mr. Robertson illuminates...the poet's enduring appeal over the generations [and] has written a rich, memorable book. He wears his considerable erudition lightly, and he writes like a dream."—Michael Redmond, Princeton Packet

"The temptation to irony must have been overwhelming in the writing of this book, but Robertson's critical sympathy and generosity are impeccable."—Ellis Hanson, Victorian Studies

"Whitman's nineteenth-century worshippers have long hovered in biographies of the poet like so many ghosts, always there but barely visible. In this well-researched book, Michael Robertson brings them passionately alive. The would-be lovers (male and female), the mystics, social reformers, starry-eyed teenagers, and jaded truthseekers—all attracted by Whitman's rapturous poetry and personal magnetism—come sharply into focus in Robertson's book, which makes an important contribution to our understanding of the poet's world."—David S. Reynolds, author of Walt Whitman's America

"'I stop somewhere waiting for you,' Whitman says in the last line of 'Song of Myself.' Michael Robertson gives us the stories of readers who, in Whitman's own lifetime, took him at his word. This informative and highly readable book is a window onto the world of Whitman's early readers. It teaches us how devoted they were to him, and how they read his poetry in a religious idiom, as a new kind of devotion. Illuminating and personal, it gives us Whitman anew through the eyes of these disciples who knew him."—Michael Warner, Yale University

"An illuminating look at some of the people who knew Whitman and saw him as a new spiritual leader, Worshipping Walt is an outstanding book—clear, beautifully written, insightful, and informative."—Ed Folsom, editor of the Walt Whitman Quarterly Review

"Worshipping Walt is an important book. It clarifies the development of Whitman's reputation, highlights the nature of his key friendships, and illuminates his ongoing significance as a spiritual force."—Kenneth M. Price, author of To Walt Whitman, America