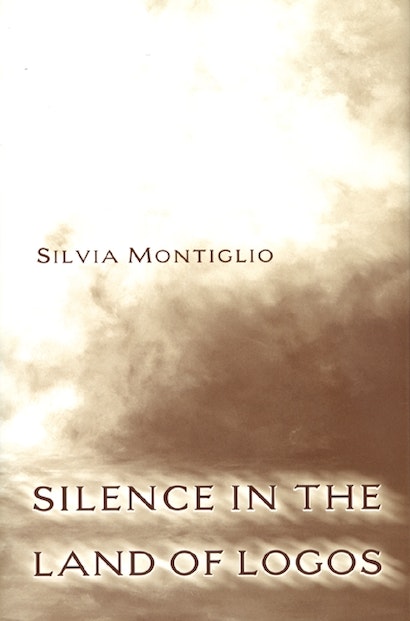 In ancient Greece, the spoken word connoted power, whether in the free speech accorded to citizens or in the voice of the poet, whose song was thought to know no earthly bounds. But how did silence fit into the mental framework of a society that valued speech so highly? Here Silvia Montiglio provides the first comprehensive investigation into silence as a distinctive and meaningful phenomenon in archaic and classical Greece. Arguing that the notion of silence is not a universal given but is rather situated in a complex network of associations and values, Montiglio seeks to establish general principles for understanding silence through analyses of cultural practices, including religion, literature, and law.


Unlike the silence of a Christian before an ineffable God, which signifies the uselessness of words, silence in Greek religion paradoxically expresses the power of logos — for example, during prayer and sacrifice, it serves as a shield against words that could offend the gods. Montiglio goes on to explore silence in the world of the epic hero, where words are equated with action and their absence signals paralysis or tension in power relationships. Her other examples include oratory, a practice in which citizens must balance their words with silence in very complex ways in order to show that they do not abuse their right to speak. Inquiries into lyric poetry, drama, medical writings, and historiography round out this unprecedented study, revealing silence as a force in its own right.

Silvia Montiglio is Assistant Professor of Classics at the University of Wisconsin in Madison.

"[A] brilliant and important book. . . The Silence in the Land of Logos prompts suggestive reflection; it should be a good instrument to approach the Greek world in a different way."—Paolo Scarpi, The Journal of Religion

"Although silence is an important subject, it has not, until now, been treated as extensively as it should have been. Silvia Montiglio demonstrates why silence cannot be taken as a self-evident term and attempts to show how it is culturally and historically specific. Her analyses are interesting and provocative, and her methodology is up-to-date, of general interest, and well focused for the contemporary academy."—Simon Goldhill, King's College, Cambridge

"This book is bound to make a great impression in the field, where it will be instantly fundamental for future readings of Greek poetry, especially tragedy, and also oratory—it will also interest a wider audience of social anthropologists, comparatists, and students of rhetoric, ancient and modern. In this serious work of cultural analysis, Silvia Montiglio articulates an entire economy of silence. Learned and exciting, this book will open up new vistas for research and understanding."—Richard Martin, Princeton University