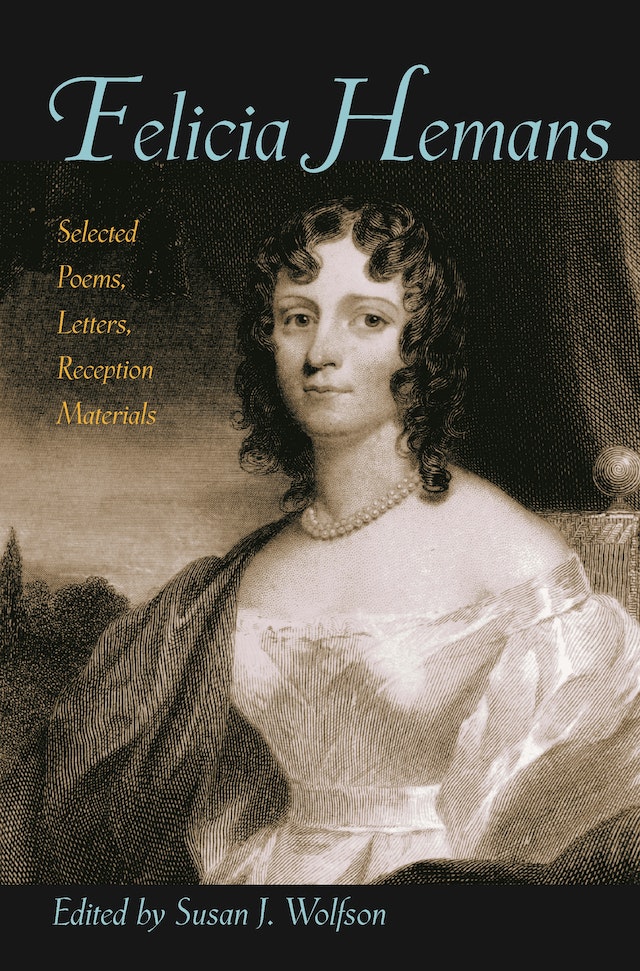 The first standard edition of the writings of Felicia Hemans (1793-1835), this volume marks a revival of interest in, and a new critical appreciation of, one of the most important literary figures of the early nineteenth century. A best-selling poet in England and America, Felicia Hemans was regarded as leading female poet in her day, celebrated as the epitome of national “feminine” values. However, this same narrow perception of her work eventually relegated Hemans to an obscurity lightened occasionally by parody and a sentimental enthusiasm for poems such as “The Landing of the Pilgrim Fathers” and “Casabianca.” Only now is Hemans’s work being rediscovered and reconsidered — for the complexity of its social and political vision, but also for its sounding of dissonances in nineteenth-century cultural ideals, and for its recasting of the traditional canon of male “Romantics.”

Offering readers a firsthand acquaintance with the remarkable range of Hemans’s writing, this volume includes five major works in their entirety, along with a much-admired aggregate, Records of Woman. Hemans’s letters, many published here for the first time, reflect her views of her contemporaries, her work, her negotiations with publishers, and her emerging celebrity, while reviews and letters from others — including Lord Byron, Walter Scott, and the Wordsworths — tell the story of Hemans’s reception in her time. An introduction by editor Susan Wolfson puts these writings, as well as Hemans’s life and work, into much-needed perspective for the contemporary reader.

Susan Wolfson is Professor of English at Princeton University. She is the author of several critical volumes on poetry of the British Romantic era and the editor of critical editions of Dr. Jekyll and Mr. Hyde and editions of Byron, Hood, Praed, Beddoes, as well as the "Romantics" unit of the Longman Anthology of British Literature.

"This excellent documentary edition should serve to revive interest in one of the most popular literary figures of the early 19th century."—Virginia Quarterly Review

"It is one of the great triumphs of Susan Wolfson's fine new edition that she enables us to see so clearly and with such an unencumbered view the work of one of the greatest of British Romantic poets. This edition sets—and then meets—high standards for textual editing, for circumspect biography, and for intellectual aesthetic, and cultural sensitivity."—Stephen Behrendt, Criticism

"This latest offering from Susan Wolfson will undoubtedly become a common reference-point and focus for further consideration of Hemans."—Myra Cottingham, Modern Language Review

"An extraordinary editorial achievement. For the first time, Susan Wolfson has provided us with a scholarly, superbly annotated and introduced edition of the major works of the most popular and important female poet of the Romantic era in England, Felicia Hemans."—Anne Mellor, University of California at Los Angeles