Why Muslim women should not wear the veil 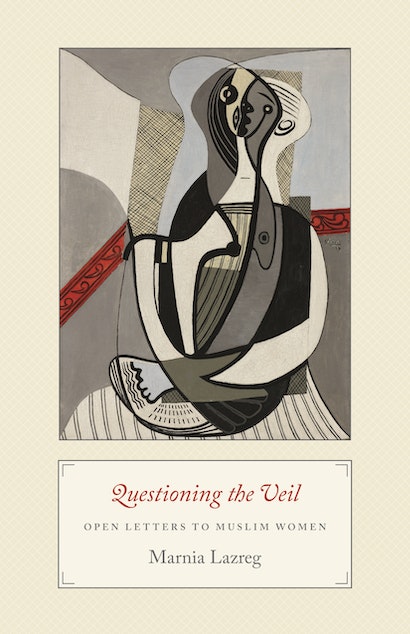 Across much of the world today, Muslim women of all ages are increasingly choosing to wear the veil. Is this trend a sign of rising piety or a way of asserting Muslim pride? And does the veil really provide women freedom from sexual harassment? Written in the form of letters addressing all those interested in this issue, Questioning the Veil examines the inconsistent and inadequate reasons given for the veil, and points to the dangers and limitations of this highly questionable cultural practice. Marnia Lazreg, a preeminent authority in Middle East women’s studies, combines her own experiences growing up in a Muslim family in Algeria with interviews and the real-life stories of other Muslim women to produce this nuanced argument for doing away with the veil.

Lazreg stresses that the veil is not included in the five pillars of Islam, asks whether piety sufficiently justifies veiling, explores the adverse psychological effects of the practice on the wearer and those around her, and pays special attention to the negative impact of veiling for young girls. Lazreg’s provocative findings indicate that far from being spontaneous, the trend toward wearing the veil has been driven by an organized and growing campaign that includes literature, DVDs, YouTube videos, and courses designed by some Muslim men to teach women about their presumed rights under the veil.

An incisive mix of the personal and political, supported by meticulous research, Questioning the Veil will compel all readers to reconsider their views of this controversial and sensitive topic.

Marnia Lazreg is professor of sociology at the Graduate Center and Hunter College, City University of New York. Her books include The Eloquence of Silence: Algerian Women in Question and Torture and the Twilight of Empire: From Algiers to Baghdad (Princeton).

"Long or short, sternly pinned or silkily draped, the Islamic veil is the most contentious religious symbol today, in the West as much as in the Muslim world. . . . [Lazreg] feels passionately that Muslim women should not wear the veil, as both her mother and grandmother obediently did. . . . [A] useful and timely counterpoint."—Economist

"Marnia Lazreg's discussion of the infamous piece of cloth, however, is different from most other treatises on the issue. It is personal and passionate. . . . As such, it is a highly relevant intervention into the debate on the veil."—Julia Droeber, Times Higher Education

"Sociologist Lazreg, an authority on Algeria, has issued a call for frank and unmediated conversation among Muslim women. In a series of four letters that assert the major points of contention—modesty, sexual harassment, cultural identity, conviction, and piety—she lays bare the issues, apologetics, and real lives of veiled Muslim women in an unprecedented fashion. . . . A provocative text that demands a response."—Choice

"Questioning the Veil is an excellent examination of an extremely controversial and divisive piece of clothing, written with unimpeachable authority, and a valuable source of information for anyone seeking to achieve an informed perspective on the subject."—Rabbi Dr Charles H Middleburgh, Charles Middleburgh blog

"Read as the author declares it to be, not a scholarly treatise, but a very personal inquiry, Marnia Lazreg's book is a rich and committed contribution to the current debate on the veil."—Irina Vainovski-Mihai, Insight Turkey

"[Lazreg's] analysis will no doubt frustrate Muslim women who say they choose to wear the veil, but her argument is well worth reading by anyone. . . . This should be required reading in any course discussing gender and Islam."—Daniel Martin Varisco, Contemporary Islam

"[I]t is good that such a book exists. Every woman should read it and reflect on it honestly before making up her mind about veiling."—Fanny Le Reste, Suomen Antropologi

"Clearly expressed and convincing, this book makes arguments and counters opposing views in a subtle, gentle, and imaginative way. Readers will find the book fascinating and will be drawn to its personal nature and elegant answers."—Judith Herrin, King's College London