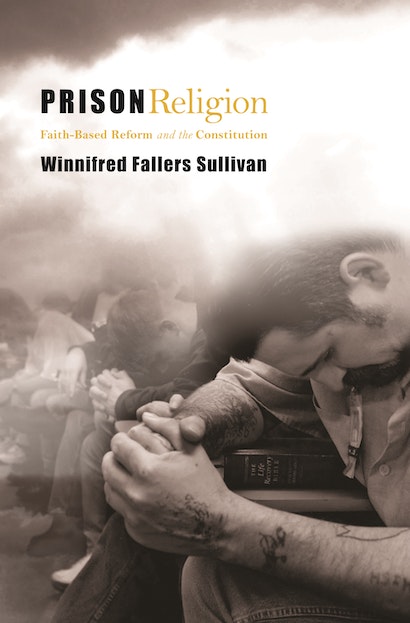 More than the citizens of most countries, Americans are either religious or in jail — or both. But what does it mean when imprisonment and evangelization actually go hand in hand, or at least appear to? What do “faith-based” prison programs mean for the constitutional separation of church and state, particularly when prisoners who participate get special privileges? In Prison Religion, law and religion scholar Winnifred Fallers Sullivan takes up these and other important questions through a close examination of a 2005 lawsuit challenging the constitutionality of a faith-based residential rehabilitation program in an Iowa state prison.

Americans United for the Separation of Church and State v. Prison Fellowship Ministries, a trial in which Sullivan served as an expert witness, centered on the constitutionality of allowing religious organizations to operate programs in state-run facilities. Using the trial as a case study, Sullivan argues that separation of church and state is no longer possible. Religious authority has shifted from institutions to individuals, making it difficult to define religion, let alone disentangle it from the state. Prison Religion casts new light on church-state law, the debate over government-funded faith-based programs, and the predicament of prisoners who have precious little choice about what kind of rehabilitation they receive, if they are offered any at all.

Winnifred Fallers Sullivan is professor of law and director of the Law and Religion Program at the University at Buffalo Law School, State University of New York. She is the author of The Impossibility of Religious Freedom (Princeton).

"An ambitious and successfully argued book . . . satisfying demands of empirical rigor while respecting the need to explore larger theoretical questions about the nature of society and religion."—Mark Lewis Taylor, Religious Studies Review

"Considering faith-based rehabilitation programs? I recommend that administrators and program providers first read this book. Those already engaged with a faith-based program will benefit from studying Winnifred Fallers Sullivan's description and analysis. She describes an Iowa Department of Corrections' program in enough detail that readers get a real sense of not only the program, but the facility, the staff and the participants. She also provides vivid details about how the program was conceived, how it operated and how it was killed by a lawsuit. . . . Timely and thorough."—Stephen Pontesso, Corrections Today

"Prison Religion provides a dynamic interdisciplinary analysis of a recent trial challenging the constitutionality of a faith-based residential rehabilitation program in an Iowa state prison. . . . Sullivan's scholarly integration of law, religion, history, and penology achieves what most works on faith-based social service programs fail to accomplish and that is to answer the question, 'What is the FAITH in faith-based."—Faith Lutze, Law and Politics Book Review blog

"Sullivan has written an intriguing book that raises the constitutional 'separation of church and state' issue through an enlightened analysis of a challenge to a faith-based program at a correctional facility in Iowa."—M.A. Foley, Choice

"I would highly recommend this work to those who seek to understand the thorny intersection of religion, public life, and the law. It would make a fine case study for courses in criminology, law, and religious studies, though I would suggest it be used for post undergraduate audiences due to its complex writing style."—Todd L. Matthews, Sociology of Religion

"Prison Religion is a remarkable and illuminating book. In narrating a court case over an Iowa 'faith-based' prison program, Sullivan manages to combine a balanced account of the trial and its background—informative, fair, and detailed—with wide-ranging reflections on the problems of religion, secularism, and the law. Interdisciplinary in the best way, this book will be provocative and useful for lawyers, historians, and anyone interested in the complicated entanglement that binds evangelicalism and disestablishment in mutually assured misrecognition."—Michael Warner, Yale University

"Winnifred Fallers Sullivan is one of the foremost interpreters of religion in American law, and in Prison Religion she invites us to consider how legal structures affect understandings of religious culture. This is the most provocative book on American evangelicalism that I have read in a very long time. It is also hard to imagine reading this book and not being challenged or changed by its portrait of the prison system."—Courtney Bender, Columbia University

"In this wide-ranging and frequently brilliant book, Winnifred Fallers Sullivan mines her experience as an expert witness in the extraordinary case of the 'God Pod,' a section of an Iowa state prison administered by a faith-based organization that equated crime with sin."—Sarah Barringer Gordon, University of Pennsylvania Law School