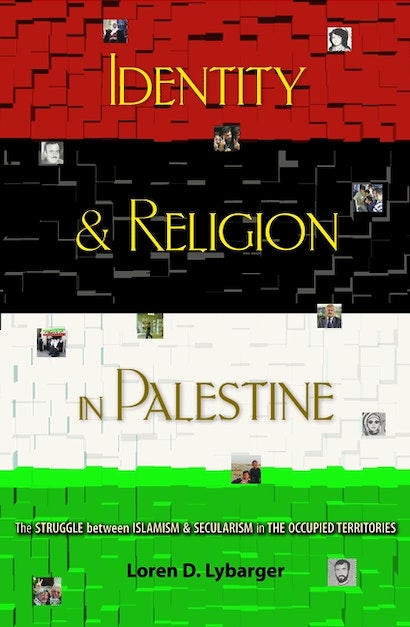 This remarkable book examines how the Islamist movement and its competition with secular-nationalist factions have transformed the identities of ordinary Palestinians since the first Palestinian uprising, or intifada, of the late 1980s. Drawing upon his years living in the region and more than eighty in-depth interviews, Loren Lybarger offers a riveting account of how activists within a society divided by religion, politics, class, age, and region have forged new identities in response to shifting conditions of occupation, peace negotiations, and the fragmentation of Palestinian life.


Lybarger personally witnessed the tragic days of the first intifada, the subsequent Oslo Peace Process and its failures, and the new escalation of violence with the second intifada in 2000. He rejects the simplistic notion that Palestinians inevitably fall into one of two camps: pragmatists who are willing to accept territorial compromise, and extremists who reject compromise in favor of armed struggle. Listening carefully to Palestinians themselves, he reveals that the conflicts evident among the Islamists and secular nationalists are mirrored by the internal struggles and divided loyalties of individual Palestinians.

Identity and Religion in Palestine is the first book of its kind in English to capture so faithfully the rich diversity of voices from this troubled part of the world. Lybarger provides vital insights into the complex social dynamics through which Islamism has reshaped what it means to be Palestinian.

"Lybarger, a volunteer with the Mennonite Central Committee, lived and worked among the Palestinian villagers and refugee camp inhabitants in the Israel-occupied West Bank and Gaza for several years when he gathered the material for this book...Observations and conclusions are based on in-depth interviews with men and women, members or supporters of diverse political factions. The author¹s account presents the human face of this wide range of orientations."—D. Peretz, Choice

"[T]his book is a major contribution to our understanding of the recent developments in Palestinian identity. It is easy to imagine historians several decades from now drawing on this book to recover the political debates that took place in Palestinian society on the eve of the second Intifada and at the turn of the twenty-first century."—Weldon C. Matthews, Journal of Islamic Studies

"The book's achievement lies not in its creditable interviews or riveting narrative, though these are a boon; rather, it resides in the ability to convey advice for the future through these mediums. Islamist groups have become an innate element of Palestinian society, and whether they will become a positive or negative force within the peace process depends on the international community's approach toward negotiations for a viable Palestinian state."—K. Luisa Gandolfo, The American Journal of Islamic Social Sciences

"Loren Lybarger's Identity and Religion in Palestine does a masterly job of communicating the rich texture of life that lies behind this widely misunderstood label. . . . [T]his book is unique. The rich biographical sketches and lengthy quotations from Palestinians themselves constitute a treasure that both enriches and challenges conventional labels such as Islamist, secular, modern and traditional."—Don Holsinger, Mennonite Quarterly Review

"Overall, this book is a rarity in that it offers a closely observed account of the factors that have brought changes to Palestinian self-identity in the past two decades. While observers of Palestinian politics are aware that Islamist parties in Palestine are gaining popular support, Lybarger's study helps to complete what is often an overly broad accounting of this trend by offering specific examples of how some Palestinians have experienced these changes at a personal level."—Stephen C. Poulson, Cambridge Journals

"Identity and Religion in Palestine, offers a careful, perceptive, nuanced, and sympathetic account of the evolution of Palestinian identity over the past generation, as well as related internal Palestinian debates about religion and nation. As such, the book will offer little to those concerned primarily with the passionate and enthusiastic defense of Israel. . . . The book is valuable and interesting precisely because it is divorced from advocacy for any point of view."—Nathan J. Brown, Israel Journal of Foreign Affairs

"Lybarger explores the processes by which individuals change and adopt identities as they live through sharply disturbing events. He asks how people have responded to the actions of Fatah, Hamas, and other organizations seeking to position themselves against Israel, and then proceeds by tracing the life courses of a number of individuals through these events and through their choices among possible affiliations. The strength of the book comes from the author's long acquaintance with these individuals and emerges in the detail about their lives and their expressions of their own religious and political choices and consequences. I found these narratives compelling."—John R. Bowen, author of Why the French Don't Like Headscarves

"The author argues that Palestinian political identity in the West Bank and Gaza has changed substantially over the past decades, and perhaps particularly over the seventeen- to eighteen-year span that demarcates his on-the-ground experience. His comparative advantage is that he has had impressive field experience. The result is a powerful and persuasive account of identity formation in the West Bank. This book will prompt and inform debate and contributes significantly to our understanding of politics in Palestine. No other available works come close to Lybarger in terms of unpacking and analyzing the components of Palestinian identity. The guts of the book are the rich biographical chapters. There is nothing like this available in English to my knowledge."—Augustus Richard Norton, Boston University