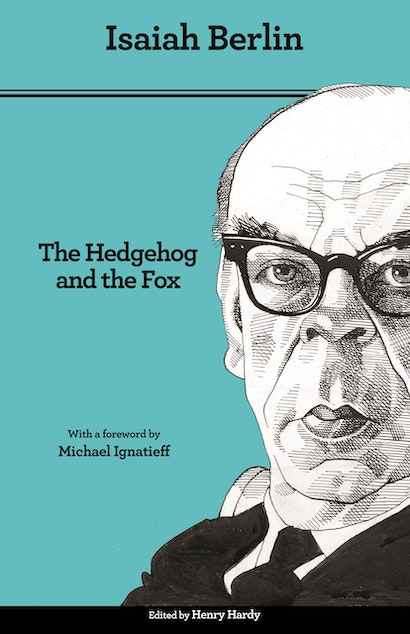 “The fox knows many things, but the hedgehog knows one big thing.” This ancient Greek aphorism, preserved in a fragment from the poet Archilochus, describes the central thesis of Isaiah Berlin’s masterly essay on Leo Tolstoy and the philosophy of history, the subject of the epilogue to War and Peace. Although there have been many interpretations of the adage, Berlin uses it to mark a fundamental distinction between human beings who are fascinated by the infinite variety of things and those who relate everything to a central, all-embracing system. Applied to Tolstoy, the saying illuminates a paradox that helps explain his philosophy of history: Tolstoy was a fox, but believed in being a hedgehog. One of Berlin’s most celebrated works, this extraordinary essay offers profound insights about Tolstoy, historical understanding, and human psychology.

This new edition features a revised text that supplants all previous versions, English translations of the many passages in foreign languages, a new foreword in which Berlin biographer Michael Ignatieff explains the enduring appeal of Berlin’s essay, and a new appendix that provides rich context, including excerpts from reviews and Berlin’s letters, as well as a startling new interpretation of Archilochus’s epigram.

Isaiah Berlin (1909-1997) was one of the most important thinkers of the twentieth century. A fellow of All Souls College, Oxford, he was the author of many books, including Against the Current, The Crooked Timber of Humanity, and The Roots of Romanticism (all Princeton). Henry Hardy, a Fellow of Wolfson College, Oxford, is one of Isaiah Berlin's literary trustees. He has edited several other volumes by Berlin, and is currently preparing Berlin's letters and remaining unpublished writings for publication.

"[Berlin] has a deep and subtle feeling for the puzzle of Tolstoy's personality, and he writes throughout . . . with a wonderful eloquence."—William Barrett, New York Times

"So entertaining, as well as acute, that the reader hardly notices that it is learned too."—Arnold Toynbee, Observer

"The most important study of Tolstoy's thought written in English for a long time."—Noel Annan, Listener

"Berlin's stunning command of the resources of scholarship, his sensitivity to literature and to character, and his eloquence as a writer give this essay the luster of a virtuoso performance."—Atlantic