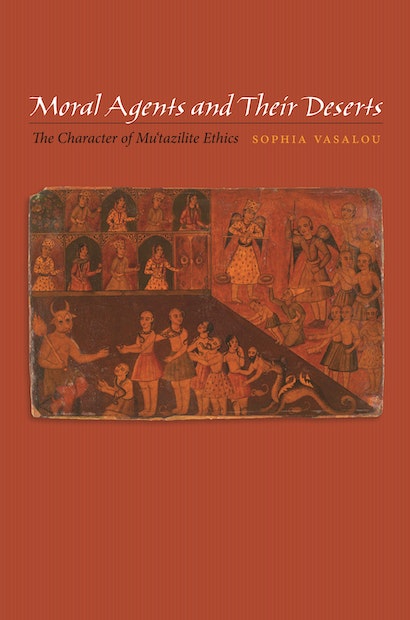 Must good deeds be rewarded and wrongdoers punished? Would God be unjust if He failed to punish and reward? And what is it about good or evil actions and moral identity that might generate such necessities? These were some of the vital religious and philosophical questions that eighth- and ninth-century Mu’tazilite theologians and their sophisticated successors attempted to answer, giving rise to a distinctive ethical position and one of the most prominent and controversial intellectual trends in medieval Islam. The Mu’tazilites developed a view of ethics whose distinguishing features were its austere moral objectivism and the crucial role it assigned to reason in the knowledge of moral truths. Central to this ethical vision was the notion of moral desert, and of the good and evil consequences — reward or punishment — deserved through a person’s acts.

Moral Agents and Their Deserts is the first book-length study of this central theme in Mu’tazilite ethics, and an attempt to grapple with the philosophical questions it raises. At the same time, it is a bid to question the ways in which modern readers, coming to medieval Islamic thought with a philosophical interest, seek to read and converse with Mu’tazilite theology. Moral Agents and Their Deserts tracks the challenges and rewards involved in the pursuit of the right conversation at the seams between modern and medieval concerns.

Sophia Vasalou is research fellow in philosophy at Gonville and Caius College, University of Cambridge.

"This is an impressive and original contribution to the knowledge of Islam's intellectual history."—M. Swartz, Choice

"Vasalou's [book] is a lively and often labyrinthine analysis of thinkers who have received little attention in Western intellectual circles. . . . Readers . . . who wish to engage the Islamic tradition of moral thought, . . . if they have sufficient background, will find it a rich interpretive resource that may be of great use to them in their own endeavors."—Jamie Schillinger, Philosophy in Review

"Sophia Vasalou's book provides an important window into the moral economy of Mu'tazilite thinking. . . . Vasalou has deftly brought to the fore a much misread ethical viewpoint of the Islamic intellectual tradition. Her book stands as an invaluable contribution to the study of Islamic theology in general and Basran Mu'tazilism in particular."—Martin Nguyen, Review of Middle East Studies

"Vasalou has written an impressive book, one evidencing extensive reading in Mu'tazilite (and Ash'arite) sources and extensive thinking about the questions of moral theory with which it deals. . . . Deserving of emulation is the thought and imagination that she has put into her work. This is in many respects a brilliant work, one that stands out from the (admittedly small) crowd. It has set me thinking harder about Mu'tazilite moral theory, and for that I am grateful."—Aron Zysow, Journal of the American Oriental Society

"Moral Agents and Their Deserts is a significant addition to the study of Mu tazilite thought and Muslim ethics. The book details other works on the subject and speaks with distinct authority about the material. It articulates the broad issues of this subject with rigor, personal engagement, and a distinct concern for relevance. The book will form a welcome bridge between this highly specialized subject and nonspecialists, and certainly others working in fields such as Islamic thought or medieval philosophy."—Toby Mayer, the Institute of Ismaili Studies, London