Why Islam is more political and fundamentalist than other religions 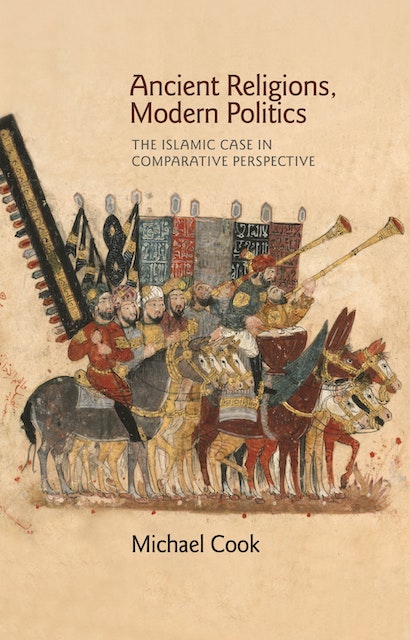 Why does Islam play a larger role in contemporary politics than other religions? Is there something about the Islamic heritage that makes Muslims more likely than adherents of other faiths to invoke it in their political life? If so, what is it? Ancient Religions, Modern Politics seeks to answer these questions by examining the roles of Islam, Hinduism, and Christianity in modern political life, placing special emphasis on the relevance—or irrelevance—of their heritages to today’s social and political concerns.

Michael Cook takes an in-depth, comparative look at political identity, social values, attitudes to warfare, views about the role of religion in various cultural domains, and conceptions of the polity. In all these fields he finds that the Islamic heritage offers richer resources for those engaged in current politics than either the Hindu or the Christian heritages. He uses this finding to explain the fact that, despite the existence of Hindu and Christian counterparts to some aspects of Islamism, the phenomenon as a whole is unique in the world today. The book also shows that fundamentalism—in the sense of a determination to return to the original sources of the religion—is politically more adaptive for Muslims than it is for Hindus or Christians.

A sweeping comparative analysis by one of the world’s leading scholars of premodern Islam, Ancient Religions, Modern Politics sheds important light on the relationship between the foundational texts of these three great religious traditions and the politics of their followers today.

Michael Cook is professor of Near Eastern studies at Princeton University. He is the author of Commanding Right and Forbidding Wrong in Islamic Thought and A Brief History of the Human Race, among other books. 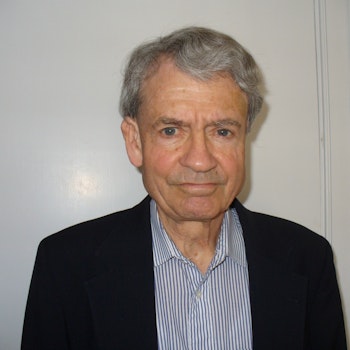 "Ancient Religions, Modern Politics . . . addresses a vital present-day issue on which many have offered opinions, all unsupported by the historical scholarship that he has been able to apply . . . impregnable scholarship . . . towering work."—Jonathan Benthall, Times Literary Supplement

"[Cook] presents a panoramic and nuanced overview of political Islam with regard to identity, social values and culture over time."—Sundeep Khanna, Mint

"In many ways, this work is a culmination of a life dedicated to scholarly research and writing. Ancient Religions, Modern Politics has depth that is uncommon, is presented in a readable format that makes it accessible to non-experts and is recognised for its academic rigor by specialists. . . . Cook presents a text that is accessible for the undergraduate level while at the same time challenging and a useful resource for the graduate level."—Taylor & Francis Online

"A scholarly tour de force by one of the world's pre-eminent historians of Islam."—William McCants, WallStreetJournal.com

"Certainly, rich in its use of sources and convincing in its arguments, this book should be widely read and would be very influential."—Maurice Borrmans, Islamochristiana

"This is an impressive work that asks difficult questions and is not afraid to answer them. Cook's sources are extensive and delve deeply into each religious tradition. . . . He skillfully weaves together thinkers from the earliest form of the faith to contemporary schools of though. Readers will be . . . challenged to think critically about the important questions he raises."—Theodore A. Nitz, Fides et Historia

"This impressive book offers a new approach to answering an old question: why did Islam develop a political profile which paved the way to a 'pull of Islamism,' even turning into militant sectarian conflicts? . . . Cook's highly stimulating and knowledgeable reading of Muslims' use of tradition and his answer to the old question will certainly prompt a new discussion about the genealogy of political Islam."—Reinhard Schulze, Bulletin of the School of Oriental and African Studies

"Cook's insight into Islamic history is evident in his latest tome. . . . The expansiveness of the exploration, which considers the long histories of national identity and ethnicity, widens our inquiry and causes us to integrate a broader range of factors to assess the differences and similarities of the role of religion in modern politics in different places. . . . Cook shows how we need a more global framework and long view of the function of history and religion to gain critical understanding of how our world functions today."—Julia McClure, History

"This is a work of enormous erudition and considerable subtlety. Cook's learning is vast, his insight profound, his treatment of sources fair. Ancient Religions, Modern Politics is a most impressive achievement."—Martin E. Marty, author of Dietrich Bonhoeffer's "Letters and Papers from Prison"

"Michael Cook's book is truly a tour de force. Cook covers an impressive range of material and deals meticulously with key issues. Ancient Religions, Modern Politics is destined to be a landmark in the comparison of religions."—Christophe Jaffrelot, author of The Hindu Nationalist Movement in India

"Ancient Religions, Modern Politics is at once painstaking and panoramic. It draws on a lifetime of learning and erudition, yet is audacious in its willingness to pose—and answer—bold questions. Rich in its use of sources and convincing in its arguments, this book will be widely read and very influential."—Andrew F. March, author of Islam and Liberal Citizenship