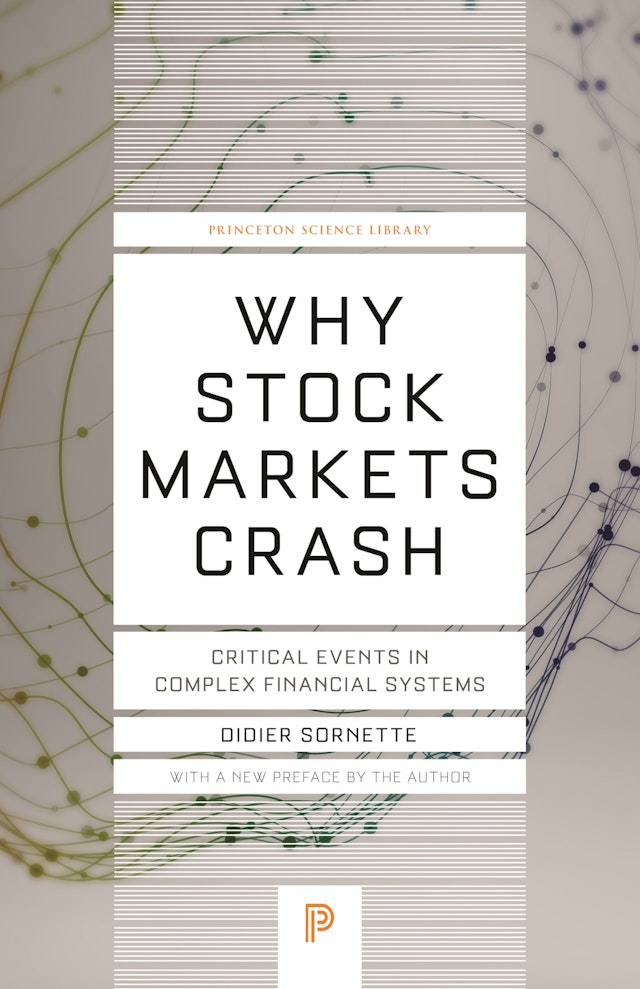 The scientific study of complex systems has transformed a wide range of disciplines in recent years, enabling researchers in both the natural and social sciences to model and predict phenomena as diverse as earthquakes, global warming, demographic patterns, financial crises, and the failure of materials. In this book, Didier Sornette boldly applies his varied experience in these areas to propose a simple, powerful, and general theory of how, why, and when stock markets crash.


Most attempts to explain market failures seek to pinpoint triggering mechanisms that occur hours, days, or weeks before the collapse. Sornette proposes a radically different view: the underlying cause can be sought months and even years before the abrupt, catastrophic event in the build-up of cooperative speculation, which often translates into an accelerating rise of the market price, otherwise known as a “bubble.” Anchoring his sophisticated, step-by-step analysis in leading-edge physical and statistical modeling techniques, he unearths remarkable insights and some predictions — among them, that the “end of the growth era” will occur around 2050.


Sornette probes major historical precedents, from the decades-long “tulip mania” in the Netherlands that wilted suddenly in 1637 to the South Sea Bubble that ended with the first huge market crash in England in 1720, to the Great Crash of October 1929 and Black Monday in 1987, to cite just a few. He concludes that most explanations other than cooperative self-organization fail to account for the subtle bubbles by which the markets lay the groundwork for catastrophe.


Any investor or investment professional who seeks a genuine understanding of looming financial disasters should read this book. Physicists, geologists, biologists, economists, and others will welcome Why Stock Markets Crash as a highly original “scientific tale,” as Sornette aptly puts it, of the exciting and sometimes fearsome — but no longer quite so unfathomable — world of stock markets.

"Didier Sornette's insights into why markets behave as they do are fresh, productive, and provocative. This work is bound to become an important baseline for anyone trying to understand what will happen next in the stock and currency markets not only in the U.S. but in Europe and Asia as well."—Richard N. Foster, director, McKinsey & Company

"This is a most fascinating book about an intriguing but also a controversial topic. It is written by an expert in a very straightforward style and is illustrated by many clear figures. Why Stock Markets Crash will surely raise scientific interest in the emerging new field of econophysics."—Cars H. Hommes, Director of the Center for Nonlinear Dynamics in Economics and Finance, University of Amsterdam

"In turbulent times for financial markets, more books than usual are published on such subjects as financial crashes. This book is different. First, it is written by an internationally recognized expert in non-linear, complex systems. Second, it promotes some new ideas in both finance and science. In addition, it offers the general reader an insight into finance, both practical and academic, as well as some of the issues at the cutting edge of science. What more could one ask for?"—Neil F. Johnson, Department of Physics and Oxford Center for Computational Finance, Oxford University