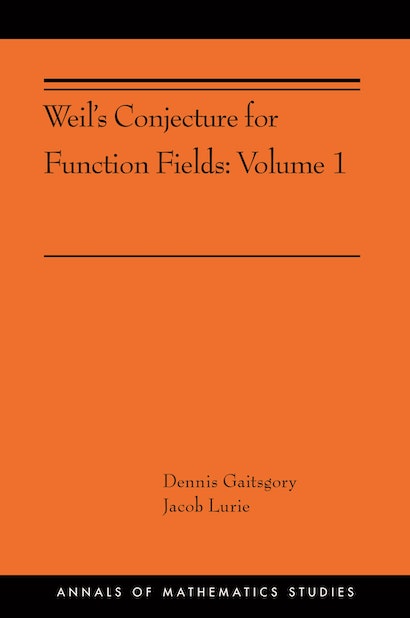 A central concern of number theory is the study of local-to-global principles, which describe the behavior of a global field K in terms of the behavior of various completions of K. This book looks at a specific example of a local-to-global principle: Weil’s conjecture on the Tamagawa number of a semisimple algebraic group G over K. In the case where K is the function field of an algebraic curve X, this conjecture counts the number of G-bundles on X (global information) in terms of the reduction of G at the points of X (local information). The goal of this book is to give a conceptual proof of Weil’s conjecture, based on the geometry of the moduli stack of G-bundles. Inspired by ideas from algebraic topology, it introduces a theory of factorization homology in the setting ℓ-adic sheaves. Using this theory, Dennis Gaitsgory and Jacob Lurie articulate a different local-to-global principle: a product formula that expresses the cohomology of the moduli stack of G-bundles (a global object) as a tensor product of local factors.

Using a version of the Grothendieck-Lefschetz trace formula, Gaitsgory and Lurie show that this product formula implies Weil’s conjecture. The proof of the product formula will appear in a sequel volume.

"The book is written in a clear and vivid style, pays attention to foundations and details, and yet elucidates motivations and ideas. It should be highly useful for researchers working with stacks and higher category theory."—Stefan Schröer, Zentralblatt MATH