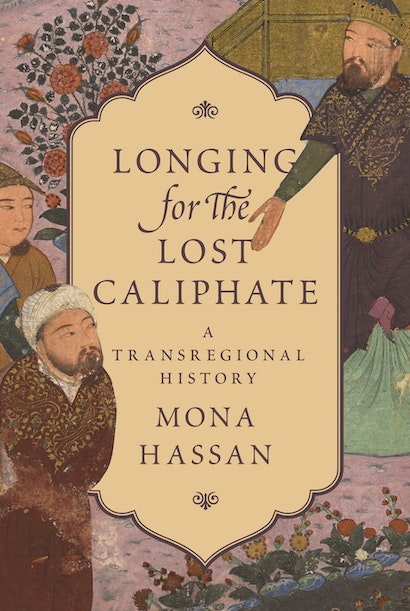 In the United States and Europe, the word “caliphate” has conjured historically romantic and increasingly pernicious associations. Yet the caliphate’s significance in Islamic history and Muslim culture remains poorly understood. This book explores the myriad meanings of the caliphate for Muslims around the world through the analytical lens of two key moments of loss in the thirteenth and twentieth centuries. Through extensive primary-source research, Mona Hassan explores the rich constellation of interpretations created by religious scholars, historians, musicians, statesmen, poets, and intellectuals.

Hassan fills a scholarly gap regarding Muslim reactions to the destruction of the Abbasid caliphate in Baghdad in 1258 and challenges the notion that the Mongol onslaught signaled an end to the critical engagement of Muslim jurists and intellectuals with the idea of an Islamic caliphate. She also situates Muslim responses to the dramatic abolition of the Ottoman caliphate in 1924 as part of a longer trajectory of transregional cultural memory, revealing commonalities and differences in how modern Muslims have creatively interpreted and reinterpreted their heritage. Hassan examines how poignant memories of the lost caliphate have been evoked in Muslim culture, law, and politics, similar to the losses and repercussions experienced by other religious communities, including the destruction of the Second Temple for Jews and the fall of Rome for Christians.

A global history, Longing for the Lost Caliphate delves into why the caliphate has been so important to Muslims in vastly different eras and places.

Mona Hassan is an assistant professor in the departments of Religious Studies and History and the International Comparative Studies program at Duke University.

"After a brief review of the institution of the caliphate, this exceptional monograph explores how Muslims viewed the caliphate after the Mongol destruction of the Abbasid caliphate. . . . The role of the caliph in the Ottoman Empire has also been underappreciated. Hassan explores this role but focuses her attention on how the dismissal of the caliphate in 1924 with the rise of Ataturk and Kemalism affected Muslims not only in Turkey but also in other parts of the Muslim world. She concludes her book with an examination of current movements that seek to restore the caliphate, such as ISIS and Hizb al-Tahrir."—Choice

"This book is an excellent study that represents a significant contribution to our understanding about the caliphate, and Hassan’s use of memory in the study of religion provides a methodological model of inquiry for scholars to follow."—Susan Gunasti, Critical Research on Religion

"Hassan is a gifted writer and does a wonderful job of evoking the melancholy and sadness attendant to loss. . . . In all these and other ways, Hassan’s book is a commendable effort to rescue the caliphate from the crass and often obtuse analysis on offer in the contemporary West and to identify it properly as one of the more significant and consequential cultural symbols in the history of human civilization."—Khurram Hussain, Journal of the American Academy of Religion

"No other book considers so deeply the afterlife of the caliphate as a literary, religious, and political theme in Islamic history. Mona Hassan provides vivid chapters on the lamentations for the destruction of Baghdad by the Mongols and the murder of the last of the Baghdadi Abbasid caliphs, and gives a lucid account of the judicial theory of the caliphate in Mamluk-era Egypt and the Ottoman Empire. Hassan shows that in the world of nation states, the caliphate remains an expression of the yearning for a universal religious identity."—Ira M. Lapidus, University of California, Berkeley

"How do religious communities imagine and sustain relationships with their pasts? What are the politics of cultural memory? What work do nostalgia and romance perform in the service of reimagined futures? These are the questions that the burgeoning scholarship on religion and collective memory poses. Into this field comes Mona Hassan's Longing for the Lost Caliphate, an ambitious and sweeping exploration of the complex ways in which practices of memory and memorializing shape historical and contemporary political and communal imaginaries."—Elizabeth Castelli, Barnard College

"A significant achievement, this should be the first book given to those who ask why the caliphate is important to Muslim culture."—Francis Robinson, author of The Mughal Emperors

"A remarkable feat of interdisciplinary scholarship, this innovative book examines the persistence of the caliphate as a cultural symbol."—S. Sayyid, author of Recalling the Caliphate