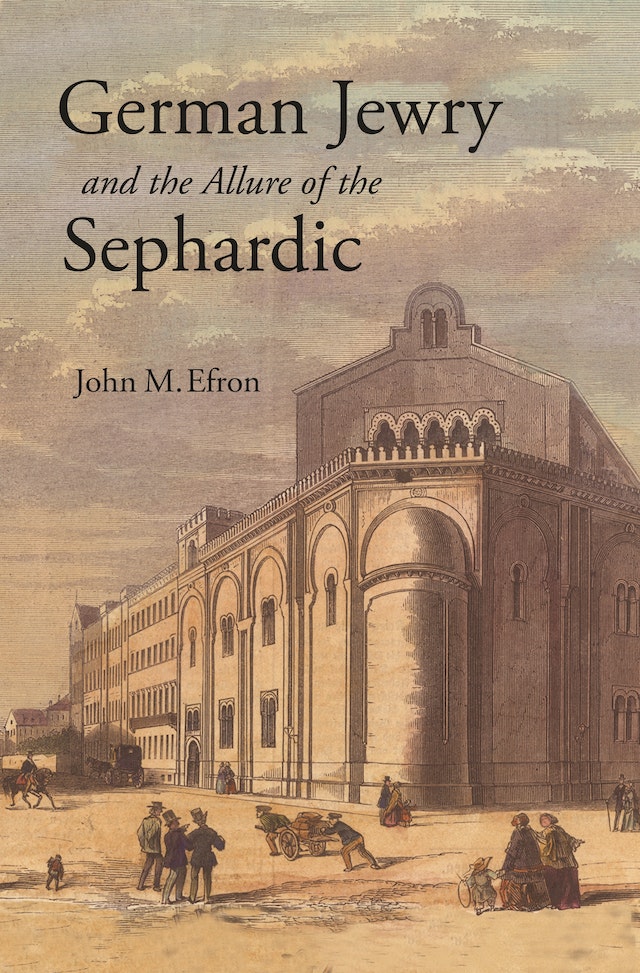 In the eighteenth and nineteenth centuries, as German Jews struggled for legal emancipation and social acceptance, they also embarked on a program of cultural renewal, two key dimensions of which were distancing themselves from their fellow Ashkenazim in Poland and giving a special place to the Sephardim of medieval Spain. Where they saw Ashkenazic Jewry as insular and backward, a result of Christian persecution, they depicted the Sephardim as worldly, morally and intellectually superior, and beautiful, products of the tolerant Muslim environment in which they lived. In this elegantly written book, John Efron looks in depth at the special allure Sephardic aesthetics held for German Jewry.

Efron examines how German Jews idealized the sound of Sephardic Hebrew and the Sephardim’s physical and moral beauty, and shows how the allure of the Sephardic found expression in neo-Moorish synagogue architecture, historical novels, and romanticized depictions of Sephardic history. He argues that the shapers of German-Jewish culture imagined medieval Iberian Jewry as an exemplary Jewish community, bound by tradition yet fully at home in the dominant culture of Muslim Spain. Efron argues that the myth of Sephardic superiority was actually an expression of withering self-critique by German Jews who, by seeking to transform Ashkenazic culture and win the acceptance of German society, hoped to enter their own golden age.

Stimulating and provocative, this book demonstrates how the goal of this aesthetic self-refashioning was not assimilation but rather the creation of a new form of German-Jewish identity inspired by Sephardic beauty.

John M. Efron is the Koret Professor of Jewish History at the University of California, Berkeley. He is the author of Medicine and the German Jews: A History and Defenders of the Race: Jewish Doctors and Race Science in Fin-de-Siècle Europe and the coauthor of The Jews: A History. 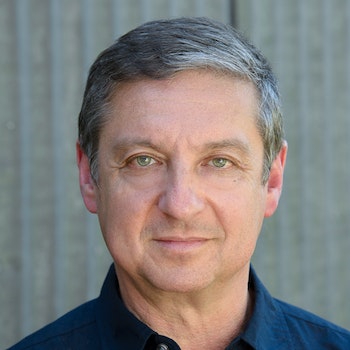 "Anyone who researches German-Jewish culture in the age of assimilation discovers a series of inner tensions that demand tactful handling and empathy. John Efron provides both in this wide-ranging book. His analysis of the conflict among Jews between Ashkenazic and Sephardic self-images makes a valuable corrective to simplified views of the past, and an essential contribution to the flourishing field of German-Jewish cultural history."—Ritchie Robertson, Times Literary Supplement

"Efron is very precise and clear-eyed. . . . [He] very convincingly locates Ashkenazi longing for Sephardic lustre in every field of artistic and intellectual endevour. . . . Efron offers us a whole new way of looking at German Jewry."—Fabian Wolff, Jewish Quarterly

"There have been studies dealing with aspects of the fascination that the Sephardic Jewish experience held for modernizing German Jews, but none as comprehensive and nuanced as this book, which considers the subject from the angles of language, aesthetics, character, physical features, synagogue architecture, belles lettres, and historiography. . . . Efron's scholarship is impeccable, his writing fluent."—Choice

"[This] is a beautiful book that reveals tremendous craftsmanship. Each chapter is a finely wrought marvel of crystalline prose, careful scholarship, and often exquisite analysis. . . . No one can read this book without feeling their eyes opened wide to the remarkable range and complex motivations of 19th-century German Jewish Sephardism."—Jewish Review of Books

"The first comprehensive treatment of how the cultural elite of modernizing German Jewry, seeking to end discrimination and win social acceptance, invented and appropriated a Jewry from a wholly different era and context to advance those goals. . . . John Efron makes a creative, convincing case in a most erudite and eloquent book."—Shulamit S. Magnus, Slavic Review

"Written in dynamic, accessible prose, German Jewry and the Allure of the Sephardic will be of great interest for students and scholars of religious studies, Jewish history, and European history."—Jonathan M. Hess, Religious Studies Review

"Efron's account of how German Jewry fantasied a perfect world in which Jews, Christians, and Muslims lived in peace and harmony in medieval Spain reveals how an entire culture generated a perfect past to help escape from an increasingly noxious present. This is an exceptionally well-researched and well-written book about a self-deception that has not vanished."—Sander L. Gilman, author of Freud, Race, and Gender

"An astutely argued, beautifully wrought book by an accomplished historian. Efron provides a compelling—and also poignant—tale of German Jewry's valorization of Jewish life under Islam as a model for modern emulation. A truly impressive work of cultural archaeology."—Steven J. Zipperstein, author of Rosenfeld's Lives: Fame, Oblivion, and the Furies of Writing

"Efron has written a fluid, compelling, and deeply learned account of the allure of medieval Sephardic culture and history to modernizing German Jews. His reading of how this ‘other' became constitutive of nineteenth-century German-Jewish culture is persuasive, elegant, and—no small feat—entertaining."—Elisheva Carlebach, Columbia University

"Until now there has been no systematic study of the German-Jewish fascination with Sephardic culture. This superb book fills this gap. Efron truly broadens our understanding of German Jewry, taking readers on an exciting and little-known journey through the rich treasures of modern Jewish culture."—Michael Brenner, author of Prophets of the Past: Interpreters of Jewish History

"German Jewry and the Allure of the Sephardic is the definitive account of the subject. This richly documented and beautifully written book makes quite clear what the stakes were for German Jews in summoning forth the memory of Sephardic forebears. Efron is a historian at the top of his game."—David N. Myers, author of Resisting History: Historicism and Its Discontents in German-Jewish Thought