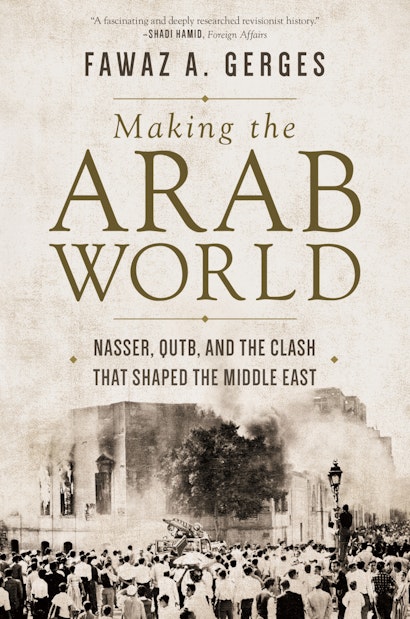 In Making the Arab World, Fawaz Gerges, one of the world’s leading authorities on the Middle East, describes how the clash between pan-Arab nationalism and pan-Islamism has shaped the history of the region from the 1920s to the present. He tells this story through an unprecedented dual biography of Egyptian president and Arab nationalist leader Gamal Abdel Nasser (1918–1970) and another of the twentieth-century Arab world’s most influential figures—Sayyid Qutb (1906–1966), a leading member of the Muslim Brotherhood and the father of many branches of radical political Islam. Based on a decade of research, including in-depth interviews with many leading figures in the story, Making the Arab World is essential reading for anyone who wants to understand the roots of the turmoil engulfing the Middle East, from civil wars to Al-Qaeda and ISIS.

Fawaz A. Gerges is professor of international relations and Emirates Chair in Contemporary Middle East Studies at the London School of Economics and Political Science. He is the author of several acclaimed books, including ISIS: A History (Princeton), The New Middle East, and The Far Enemy. Twitter @FawazGerges

"An important work of journalism as well as history."—Richard Spencer, The Times

"[A] sweeping and powerful new book.... [A] solid, clearly written work of scholarship by a talented and experienced historian of the Middle East. . . . [A]n important contribution."—John Calvert, Middle East Journal