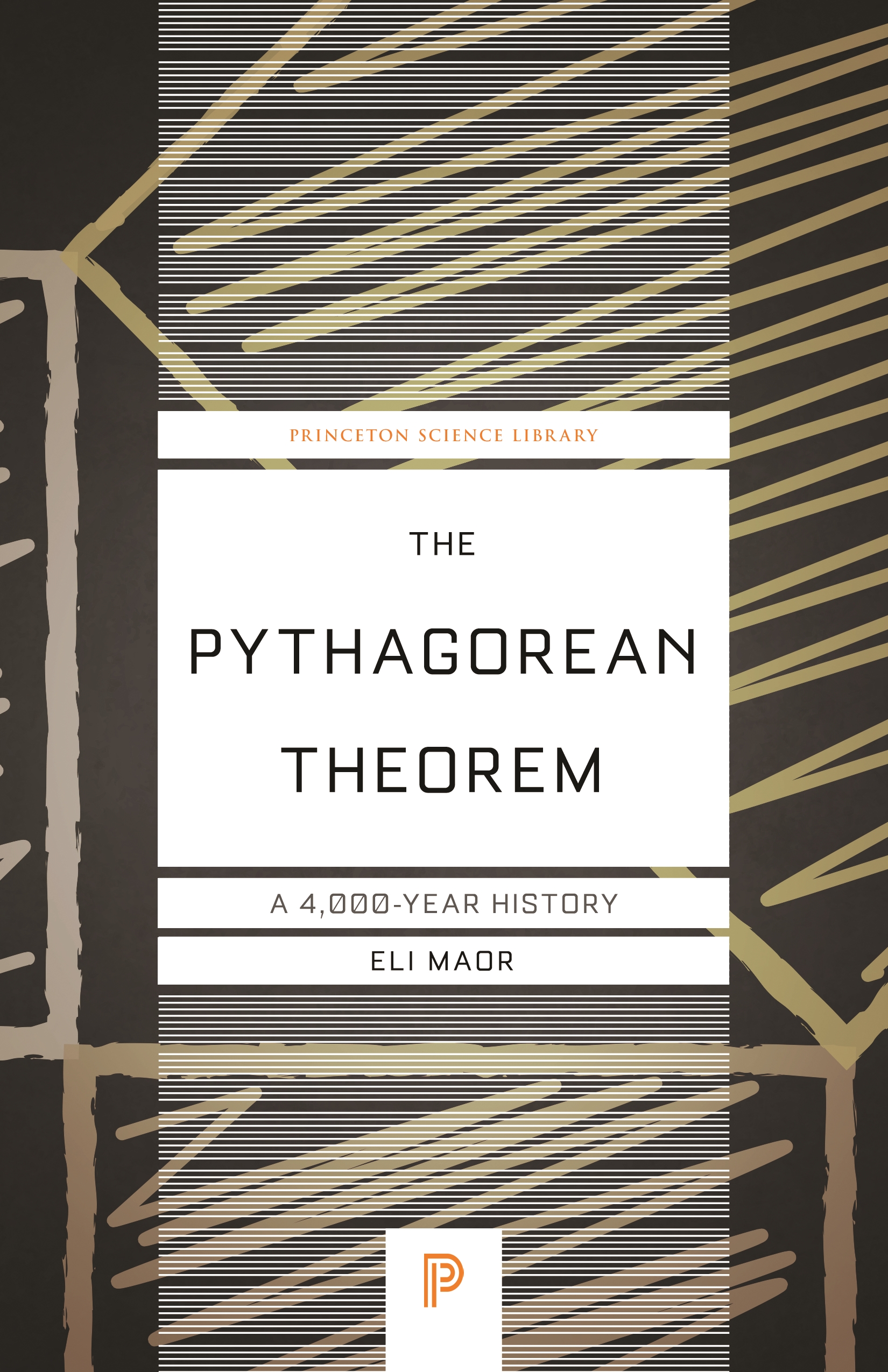 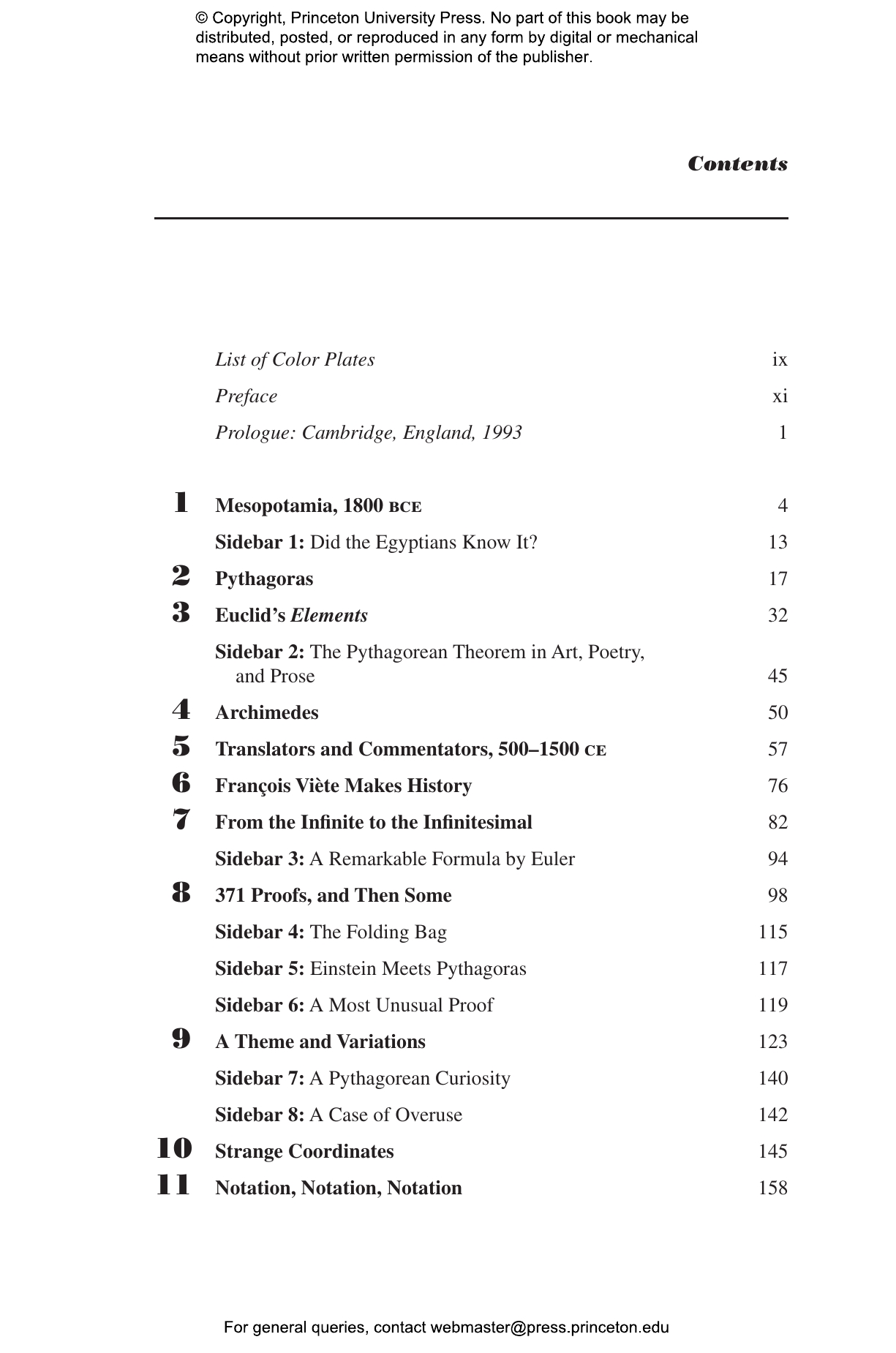 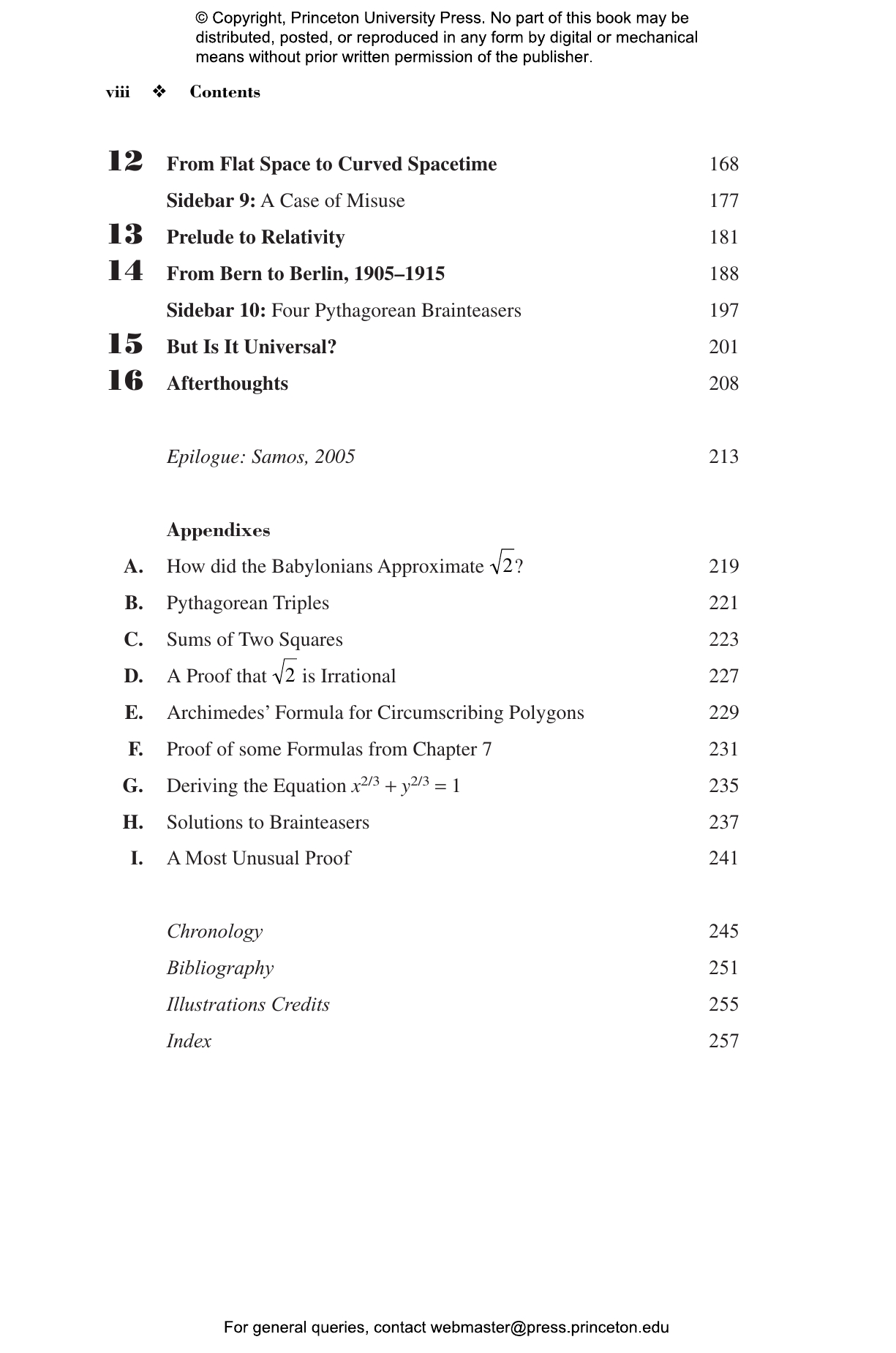 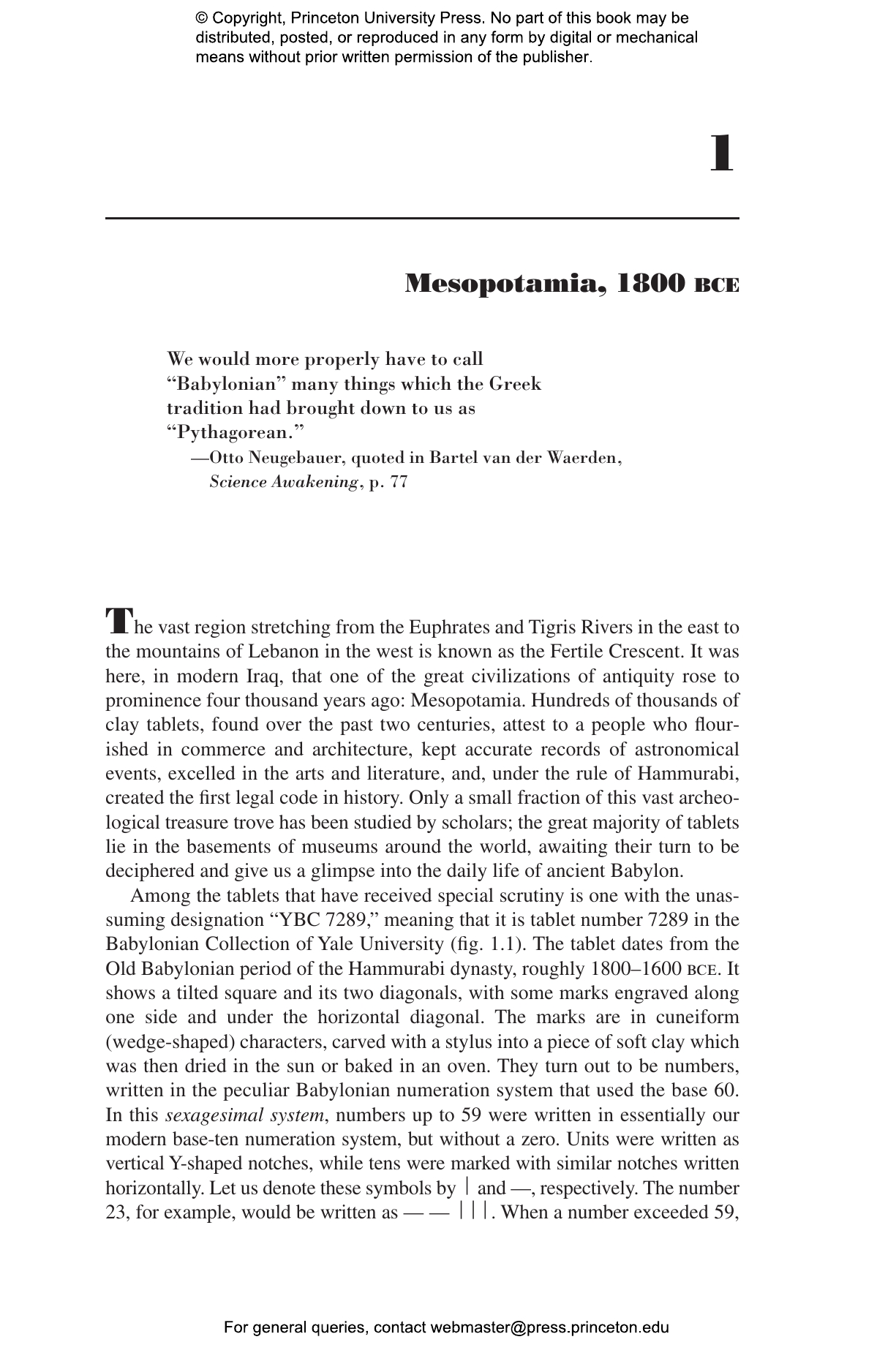 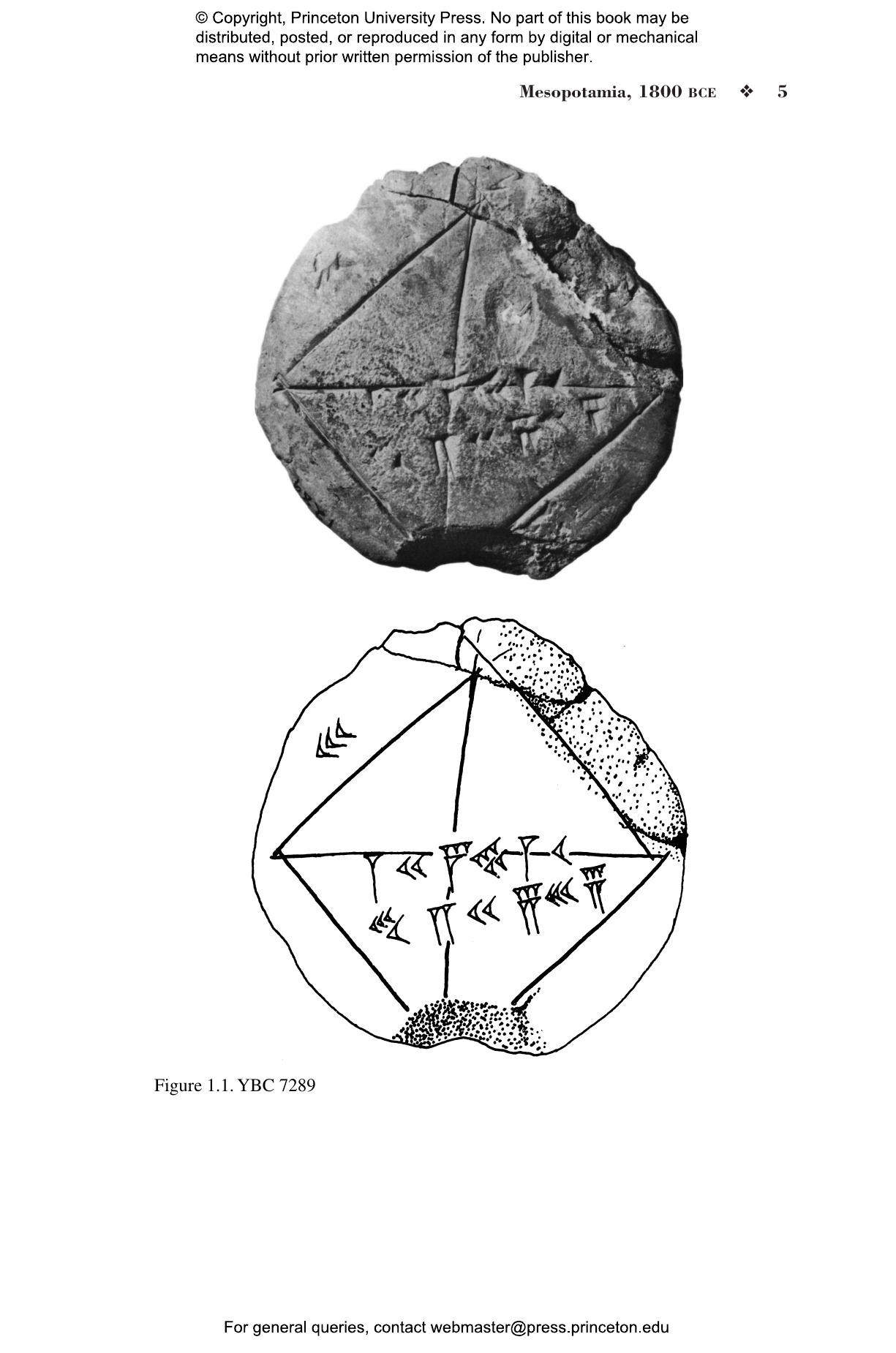 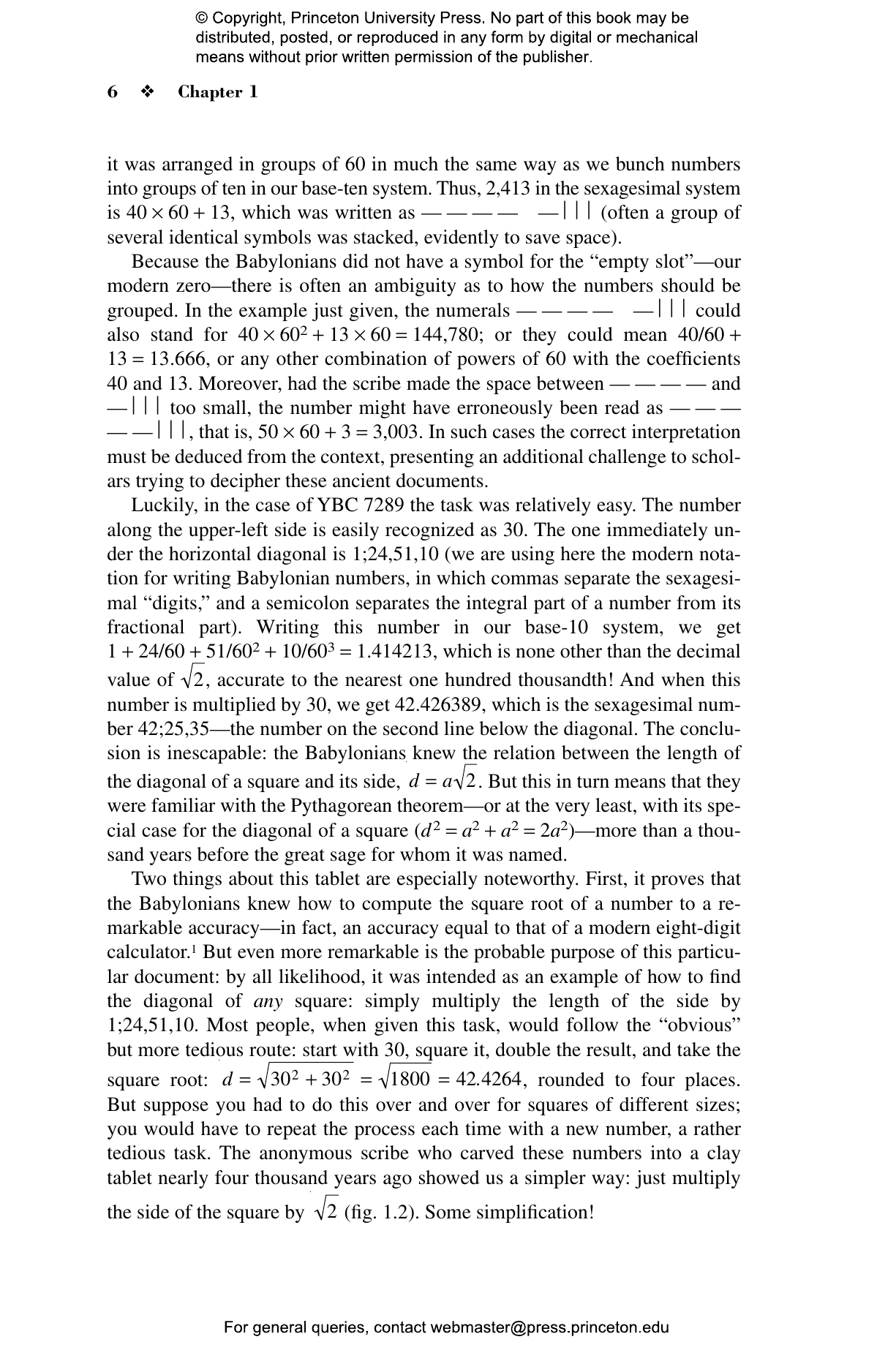 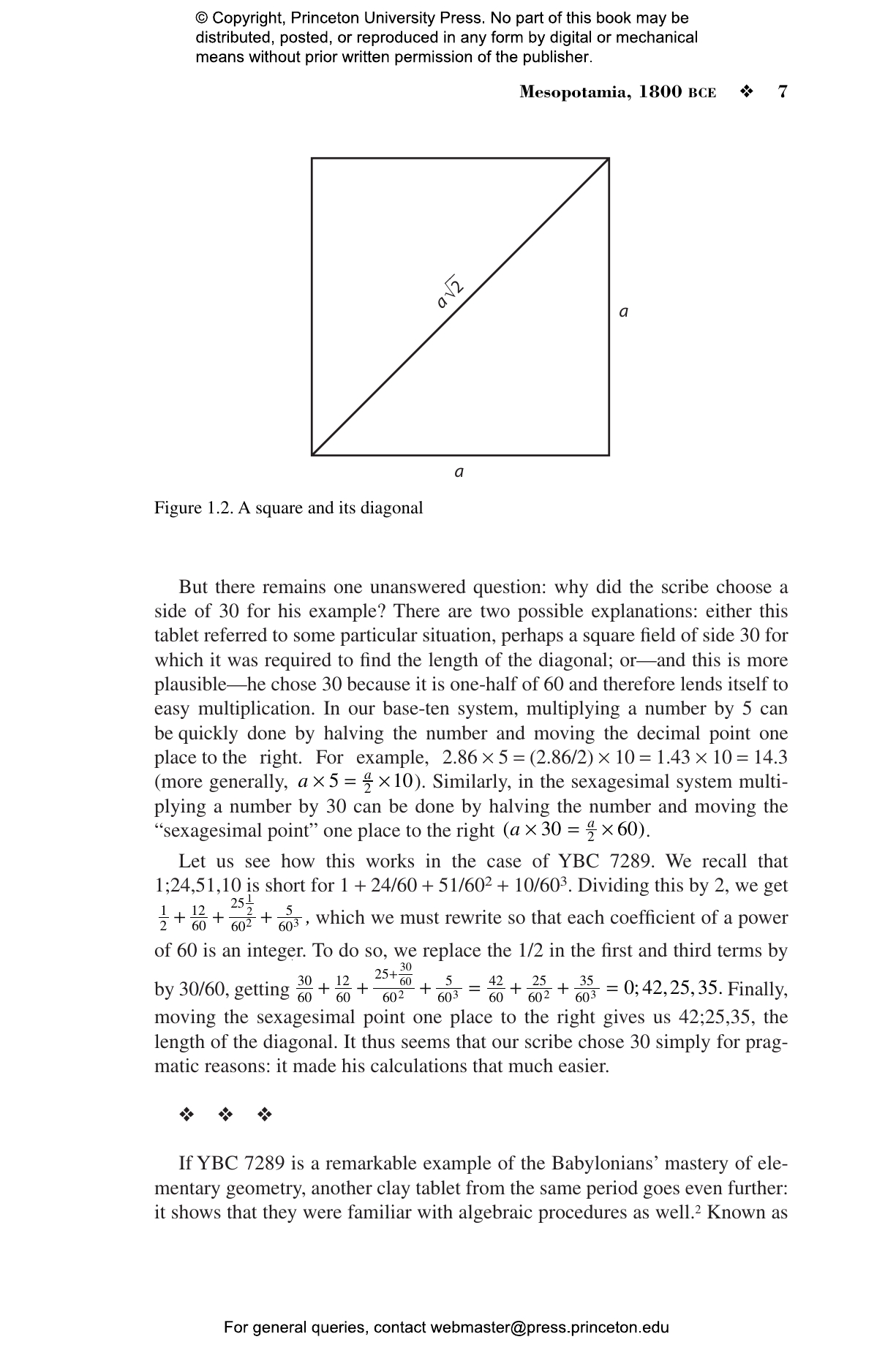 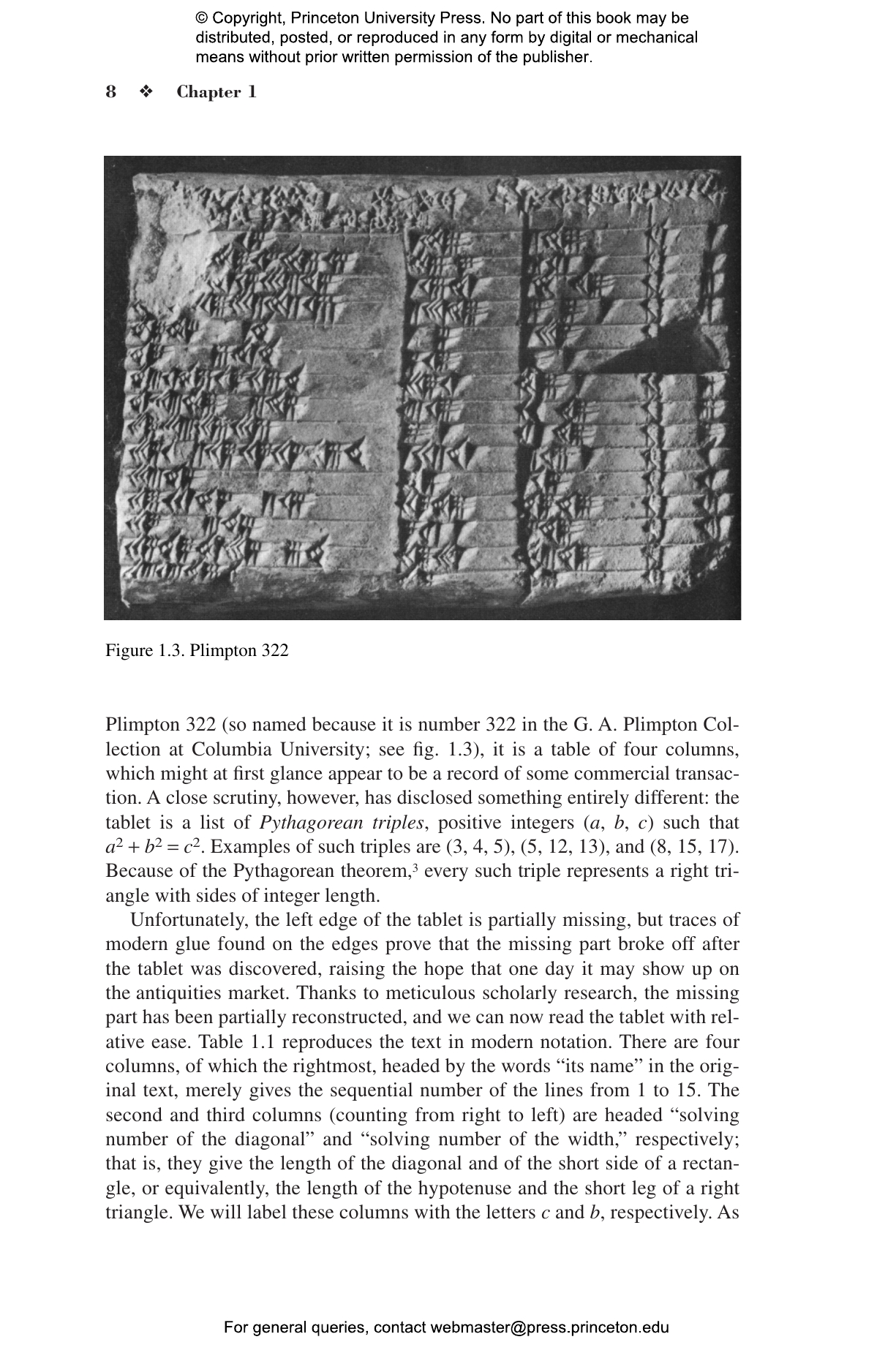 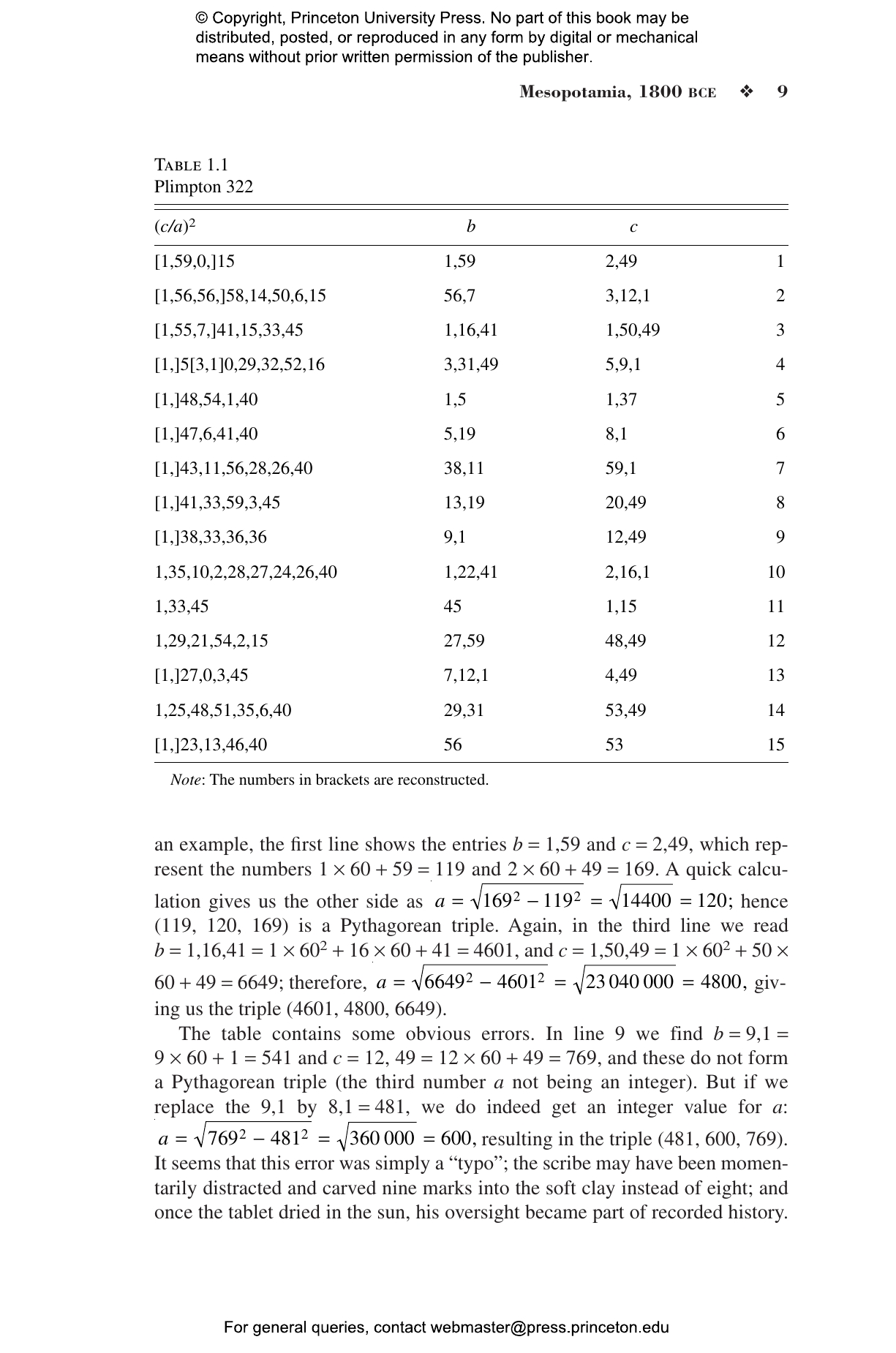 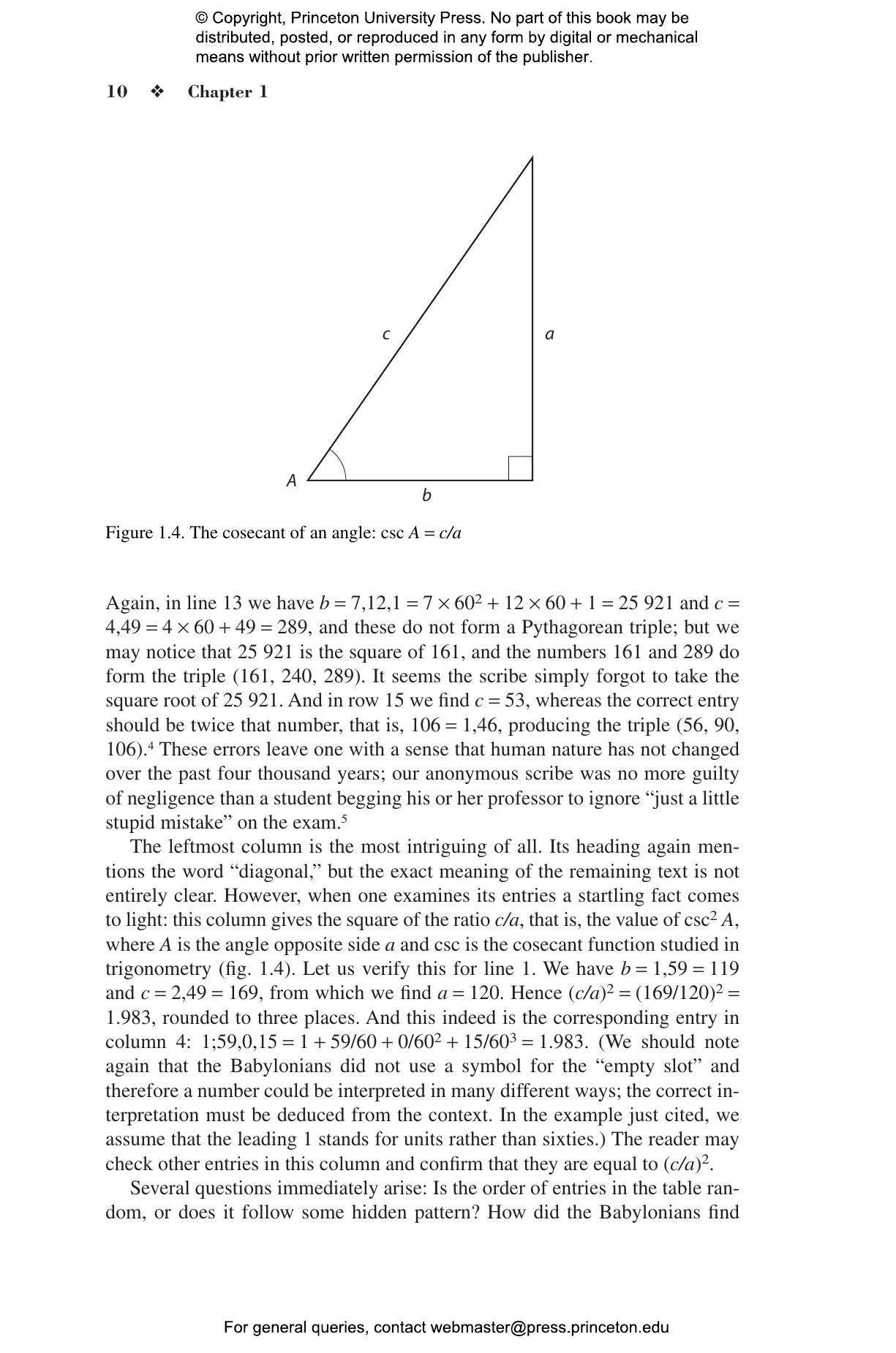 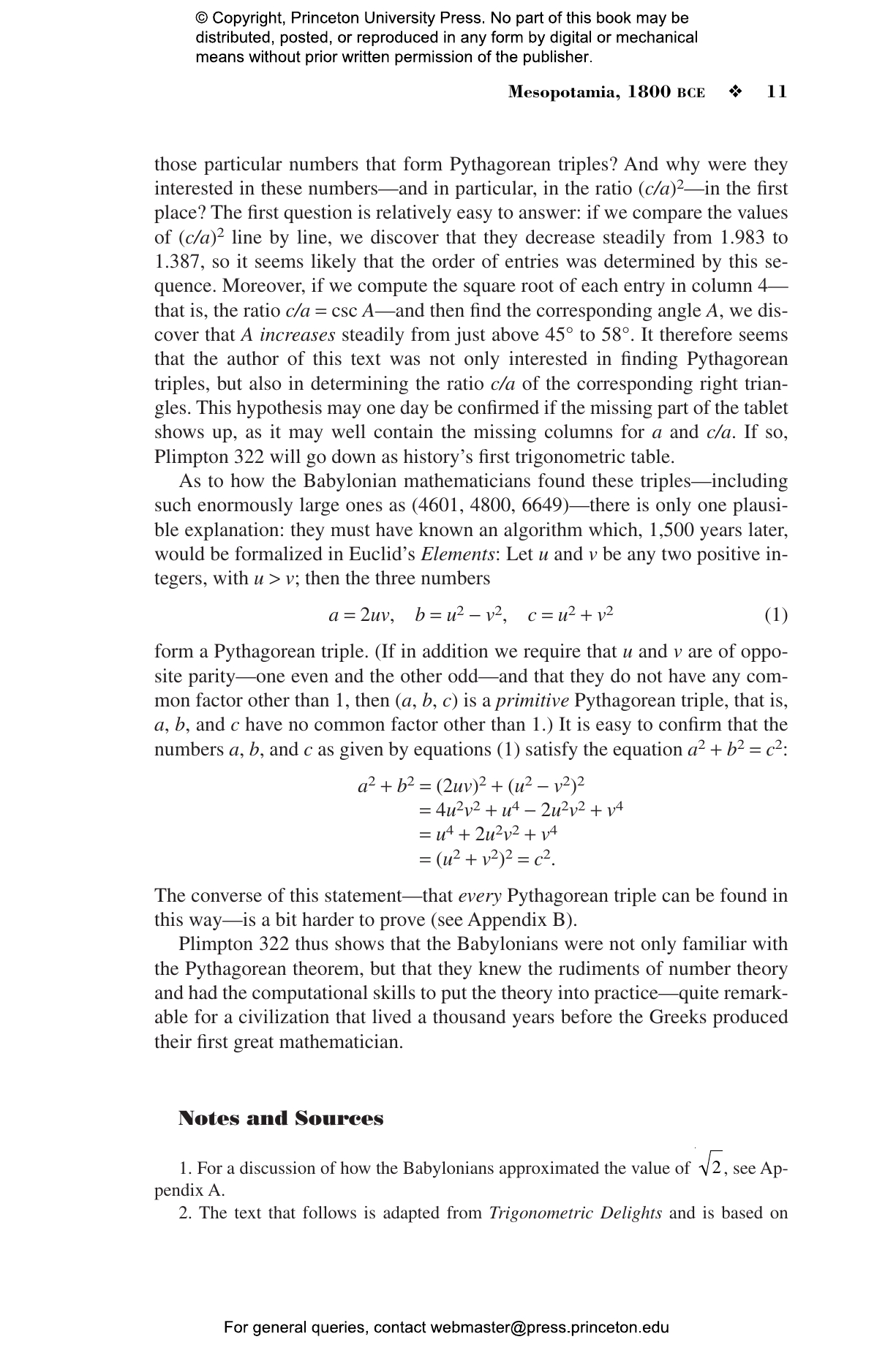 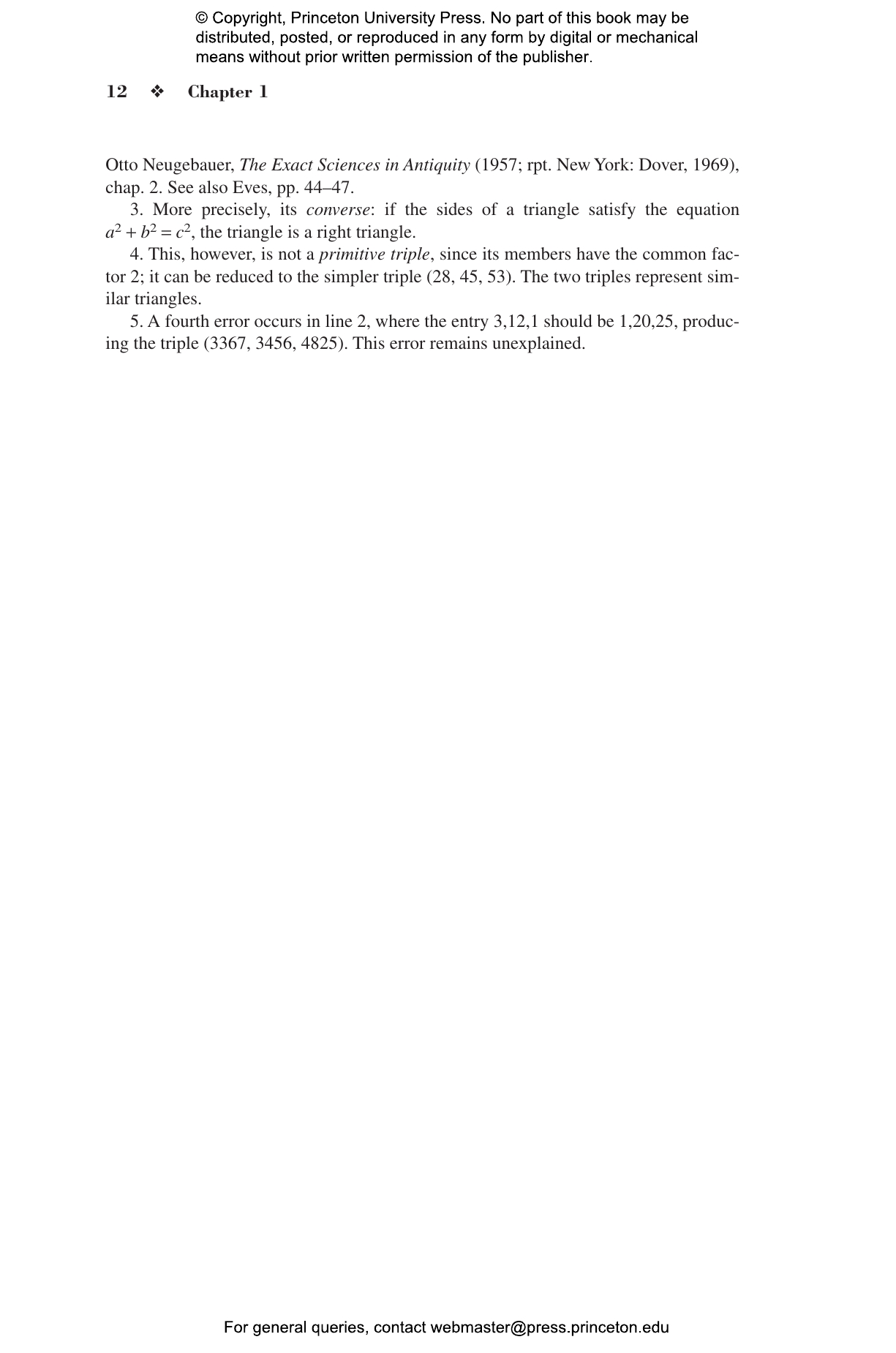 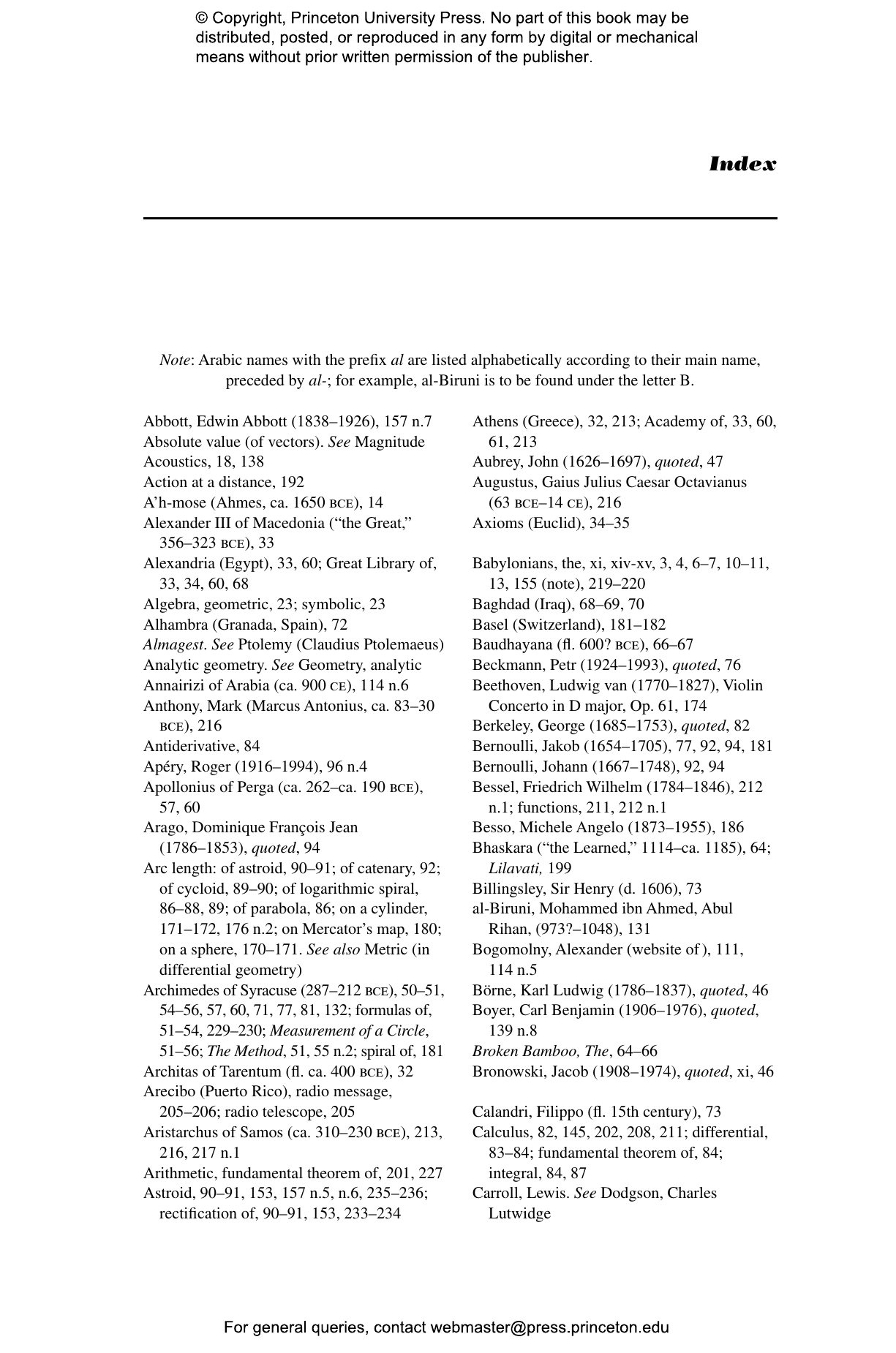 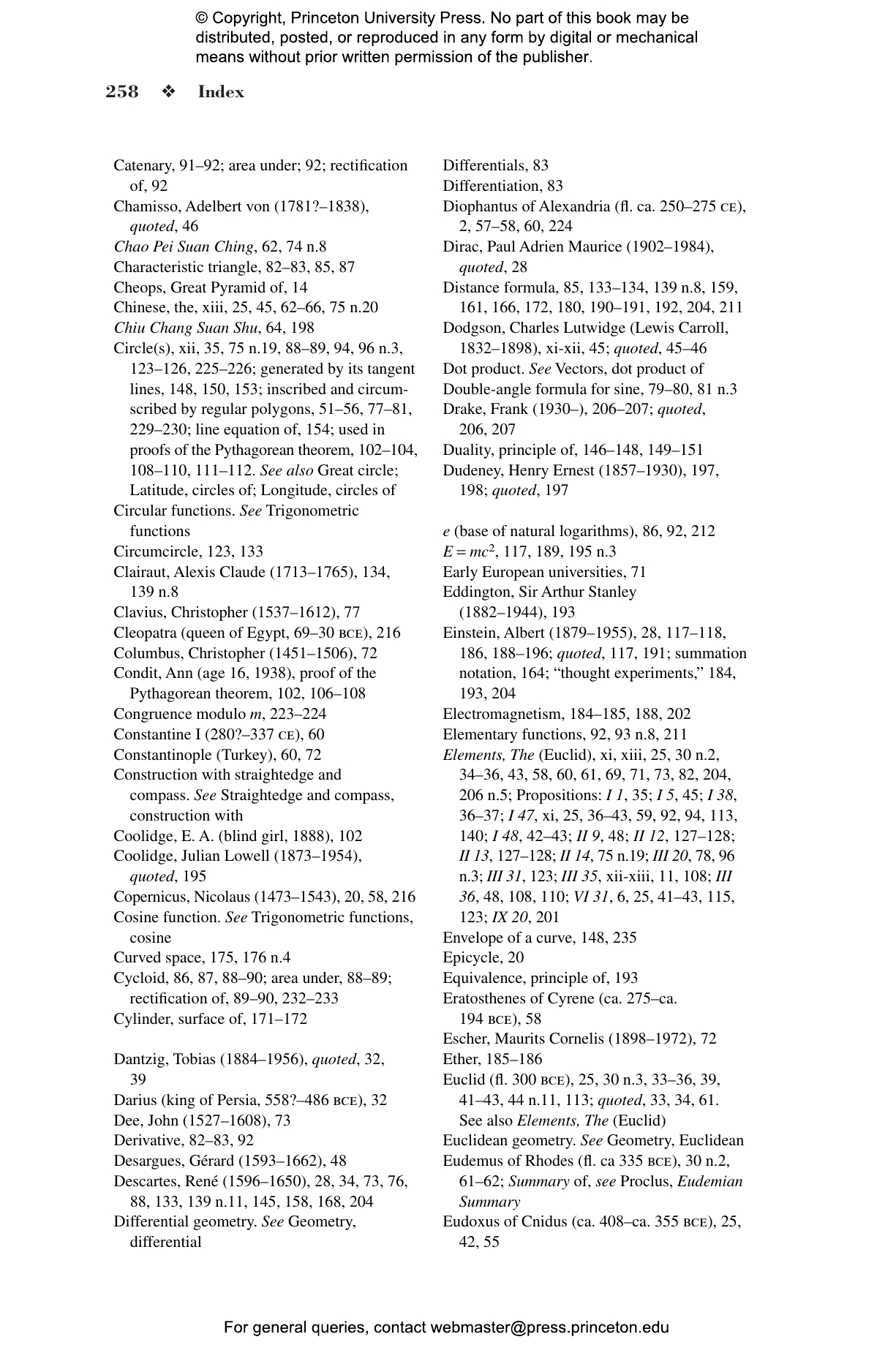 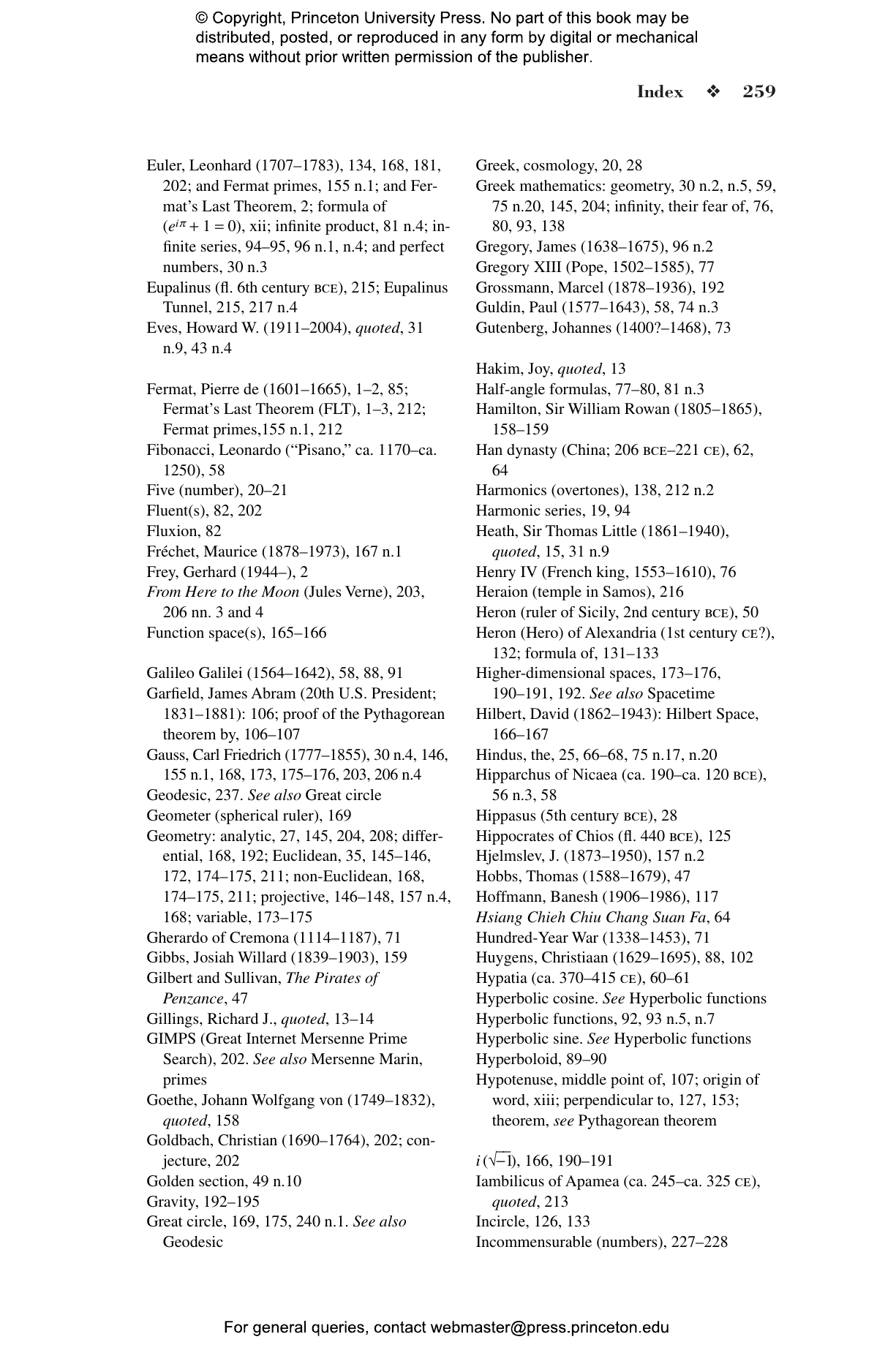 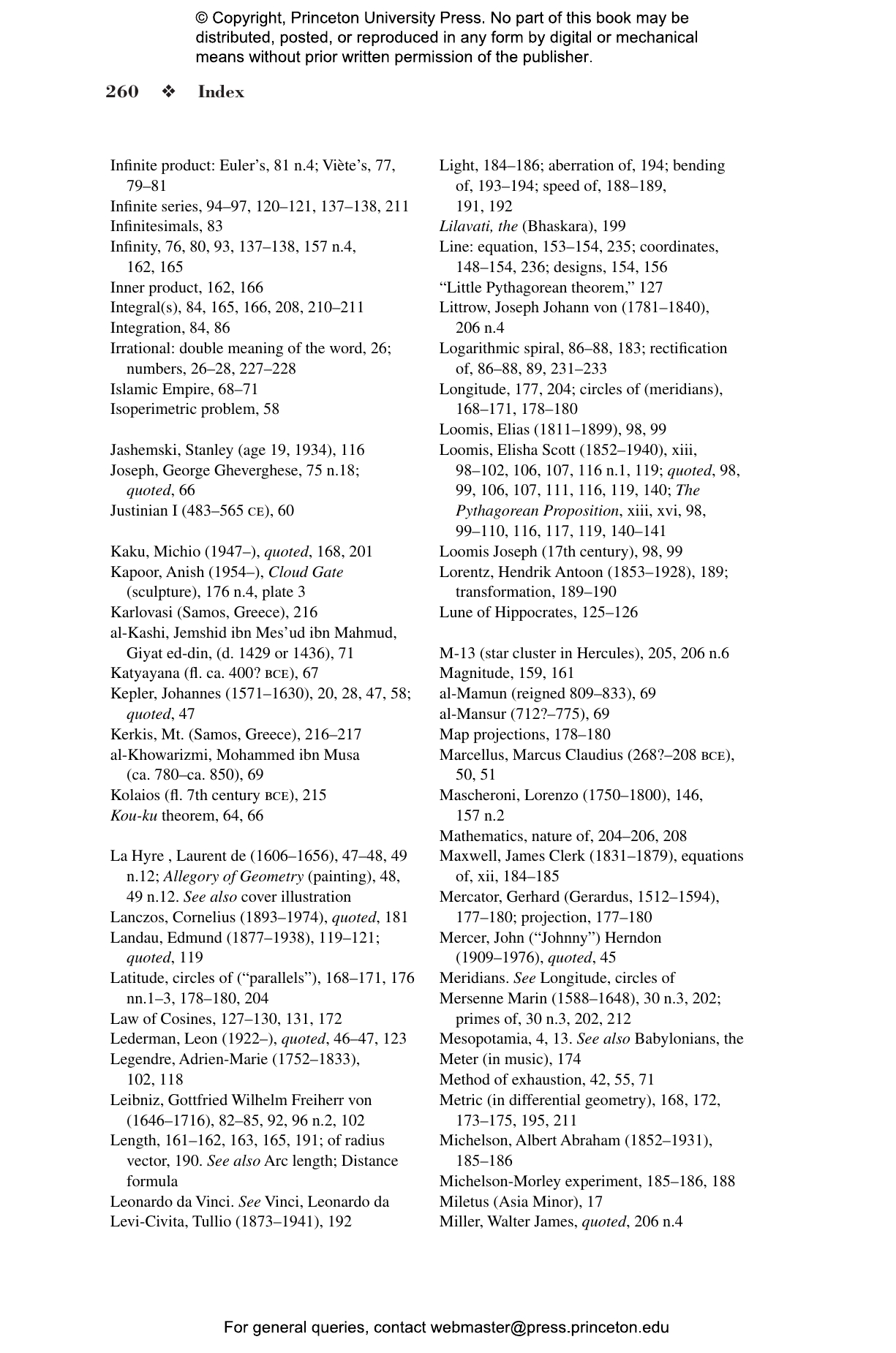 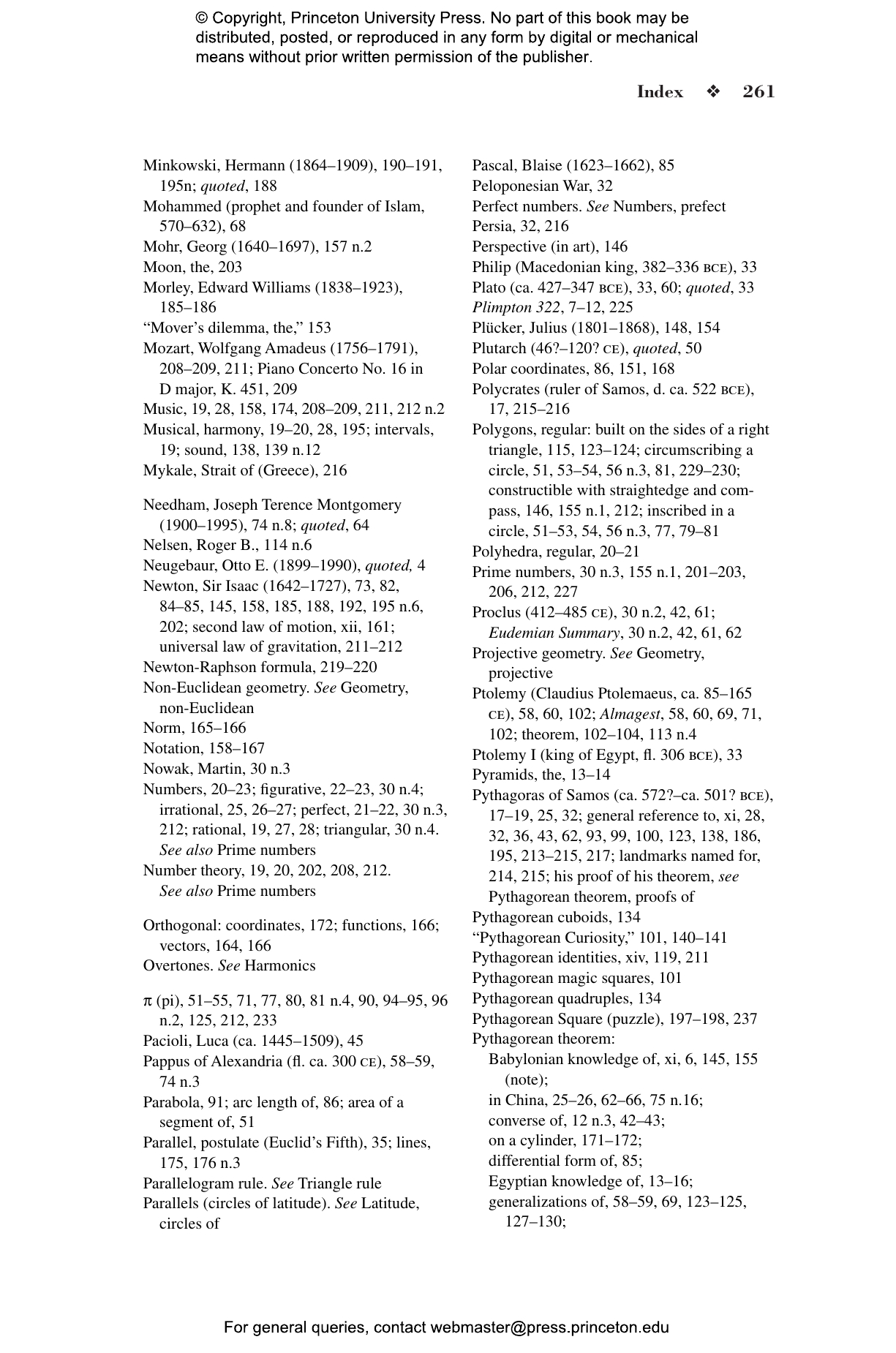 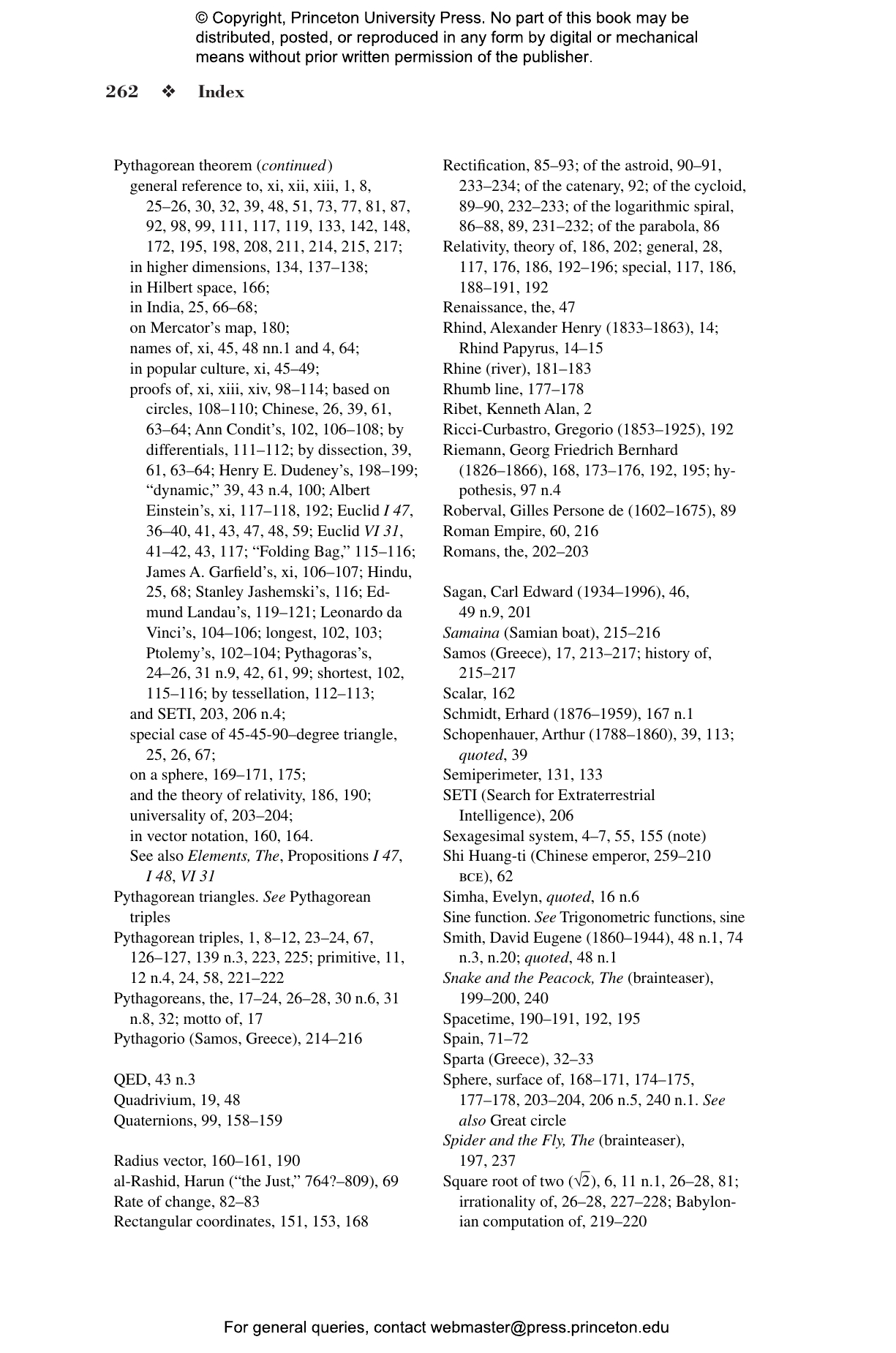 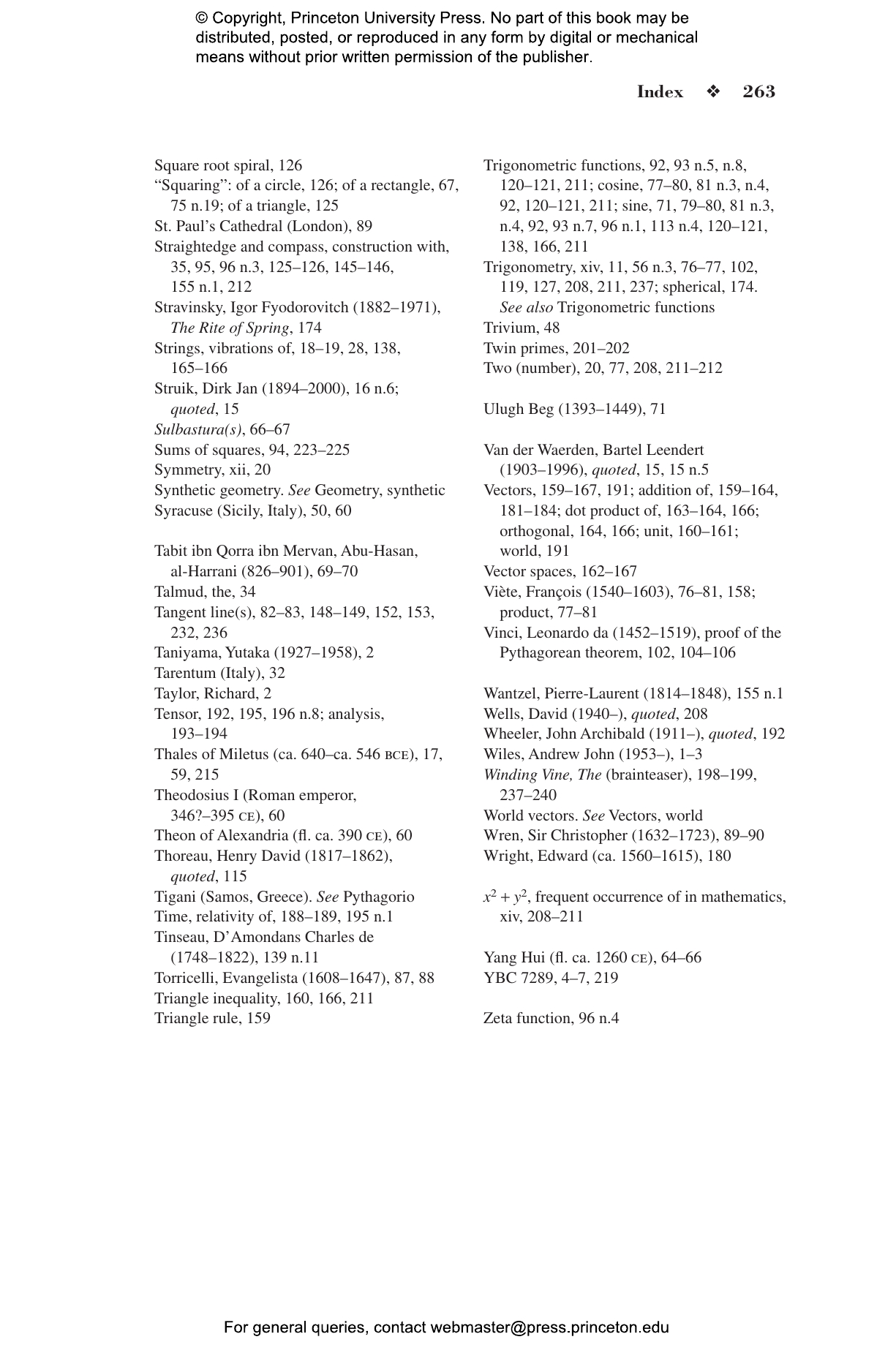 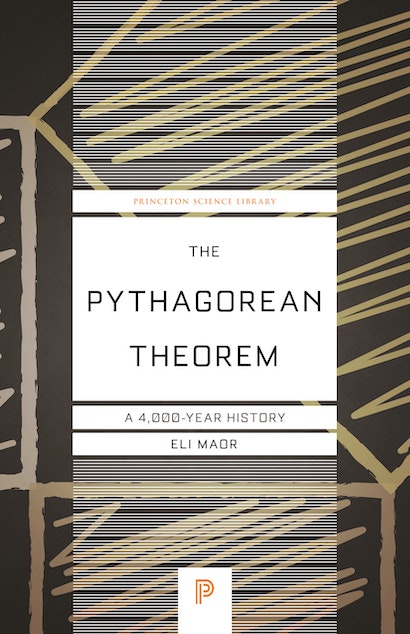 By any measure, the Pythagorean theorem is the most famous statement in all of mathematics. In this book, Eli Maor reveals the full story of this ubiquitous geometric theorem. Although attributed to Pythagoras, the theorem was known to the Babylonians more than a thousand years earlier. Pythagoras may have been the first to prove it, but his proof—if indeed he had one—is lost to us. The theorem itself, however, is central to almost every branch of science, pure or applied. Maor brings to life many of the characters that played a role in its history, providing a fascinating backdrop to perhaps our oldest enduring mathematical legacy.

Eli Maor is the author of seven books, including Music by the Numbers, Trigonometric Delights, To Infinity and Beyond, and e: The Story of a Number (all Princeton). He is a former professor of the history of mathematics at Loyola University Chicago.

"There is something intoxicating about seeing one truth revealed in so many ways. It all makes for hours of glorious mathematical distraction."—Ben Longstaff, New Scientist

"If one has never read a book by Eli Maor, this book is a great place to start."—J. Johnson, Choice

"Maor expertly tells the story of how this simple theorem known to schoolchildren is part and parcel of much of mathematics itself."—Amy Shell-Gellasch, MAA Reviews