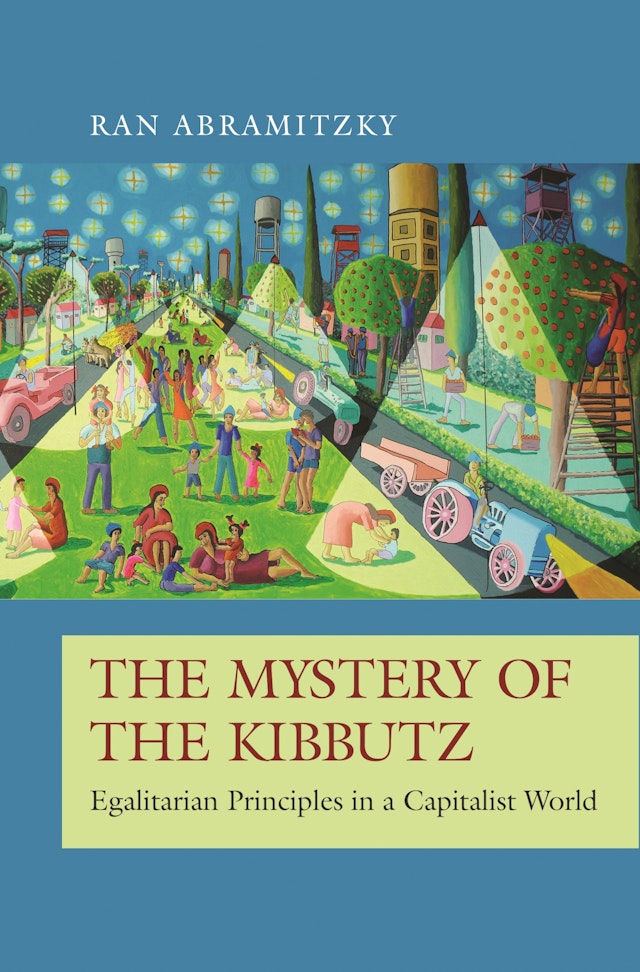 The kibbutz is a social experiment in collective living that challenges traditional economic theory. By sharing all income and resources equally among its members, the kibbutz system created strong incentives to free ride or—as in the case of the most educated and skilled—to depart for the city. Yet for much of the twentieth century kibbutzim thrived, and kibbutz life was perceived as idyllic both by members and the outside world. In The Mystery of the Kibbutz, Ran Abramitzky blends economic perspectives with personal insights to examine how kibbutzim successfully maintained equal sharing for so long despite their inherent incentive problems.

Weaving the story of his own family’s experiences as kibbutz members with extensive economic and historical data, Abramitzky sheds light on the idealism and historic circumstances that helped kibbutzim overcome their economic contradictions. He illuminates how the design of kibbutzim met the challenges of thriving as enclaves in a capitalist world and evaluates kibbutzim’s success at sustaining economic equality. By drawing on extensive historical data and the stories of his pioneering grandmother who founded a kibbutz, his uncle who remained in a kibbutz his entire adult life, and his mother who was raised in and left the kibbutz, Abramitzky brings to life the rise and fall of the kibbutz movement.

The lessons that The Mystery of the Kibbutz draws from this unique social experiment extend far beyond the kibbutz gates, serving as a guide to societies that strive to foster economic and social equality.

Ran Abramitzky is associate professor of economics at Stanford University and research associate at the National Bureau of Economic Research.

"[This book] draws on extensive statistical data to analyse this paradox, along with many stories of his relatives who forged, embraced and sometimes rejected the kibbutz way of life."—Times Higher Education

"Can egalitarian and voluntary communities thrive within a capitalist society? Bringing together social sciences and modern economic tools, this book provides a fascinating and rich analysis of the Israeli kibbutz experience."—Emmanuel Saez, University of California, Berkeley

"Ran Abramitzky has written a fascinating, important book infused with both deep personal insight and incisive economic analysis. I predict it will be a lasting contribution to the literature on the kibbutz movement."—Al Roth, winner of the Nobel Prize in Economics

"The Mystery of the Kibbutz is a brilliant economic analysis of how individuals' equality in income and consumption in a collective-production society could survive but eventually collapse. Ran Abramitzky provides a touching and enlightening description using unique data on almost the entire population of the kibbutzim from 1910 to 2000."—Zvi Eckstein, IDC Herzliya, Israel, coauthor of The Chosen Few: How Education Shaped Jewish History, 70-1492

"This beautifully written book brings economics alive through the lens of a unique social experiment in communal living, teaching us how economic incentives and social contracts shape our society today. Highly recommended both for those well versed in economics and those looking for a lively introduction to the field."—Raj Chetty, Stanford University