An inviting, intuitive, and visual exploration of differential geometry and forms 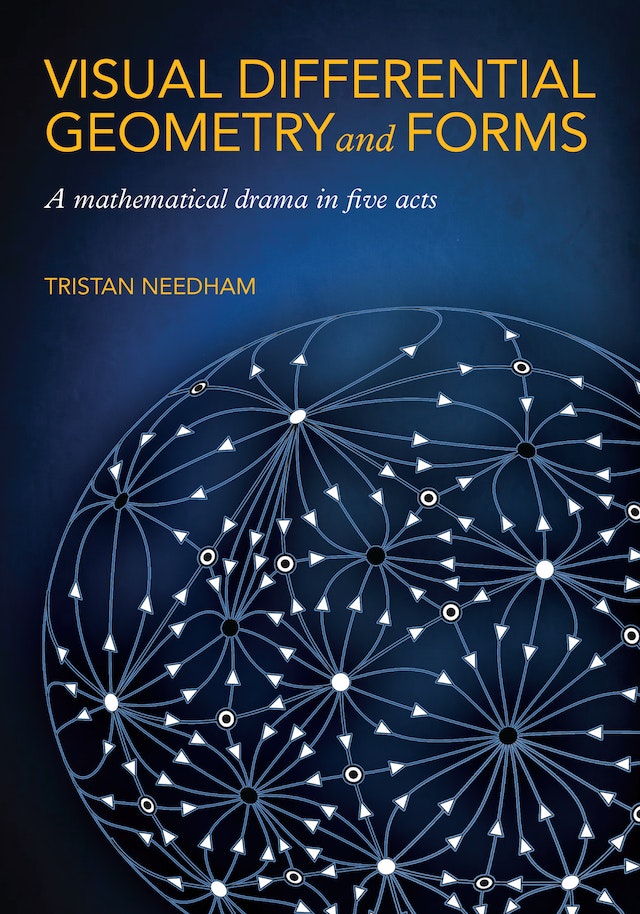 Unique features of the first four acts include: four distinct geometrical proofs of the fundamentally important Global Gauss-Bonnet theorem, providing a stunning link between local geometry and global topology; a simple, geometrical proof of Gauss’s famous Theorema Egregium; a complete geometrical treatment of the Riemann curvature tensor of an n-manifold; and a detailed geometrical treatment of Einstein’s field equation, describing gravity as curved spacetime (General Relativity), together with its implications for gravitational waves, black holes, and cosmology. The final act elucidates such topics as the unification of all the integral theorems of vector calculus; the elegant reformulation of Maxwell’s equations of electromagnetism in terms of 2-forms; de Rham cohomology; differential geometry via Cartan’s method of moving frames; and the calculation of the Riemann tensor using curvature 2-forms. Six of the seven chapters of Act V can be read completely independently from the rest of the book.

Requiring only basic calculus and geometry, Visual Differential Geometry and Forms provocatively rethinks the way this important area of mathematics should be considered and taught.

Tristan Needham is professor of mathematics at the University of San Francisco. He is the author of Visual Complex Analysis.

"Oh my God! I wish I had this book when I was in college. Not only does it explain important mathematical principles better, but it explains principles I didn’t even know were principles."—Ed Catmull, former president of Pixar and Disney Animation Studios

"Here are six hundred eloquent pages packed with mathematical wisdom and deeply rooted in history. Visual Differential Geometry and Forms is visual indeed, with parallel transport, curvature, and geodesics depicted through pomelos, durians, squashes, pumpkins, potatoes, and toothpicks. I wish I’d had Needham’s book when I was a student."—Michael Berry, University of Bristol, Europe

"With many explanations that were wonderfully new for me, this book brilliantly succeeds in providing a truly geometric visual explication of differential geometry. Needham’s writing style is magnificent, and the scholarship is impeccable. The treatment of general relativity, perhaps the most striking application of differential geometry, is splendid. I know of nothing like this work in the literature."—Frank Morgan, Williams College

"A tour de force! This comprehensive treatment of introductory differential geometry actually emphasizes geometry, while providing clear explanations of the underlying concepts. Best of all are the many original figures. Recommended for motivated novices and experts alike as a guide to what differential geometry is really about."—Tevian Dray, Oregon State University

"Presenting a geometric exposition of differential geometry, this eloquently written book has a very clear and logical organization. The figures are nothing short of magnificent."—David A. Singer, Case Western Reserve University