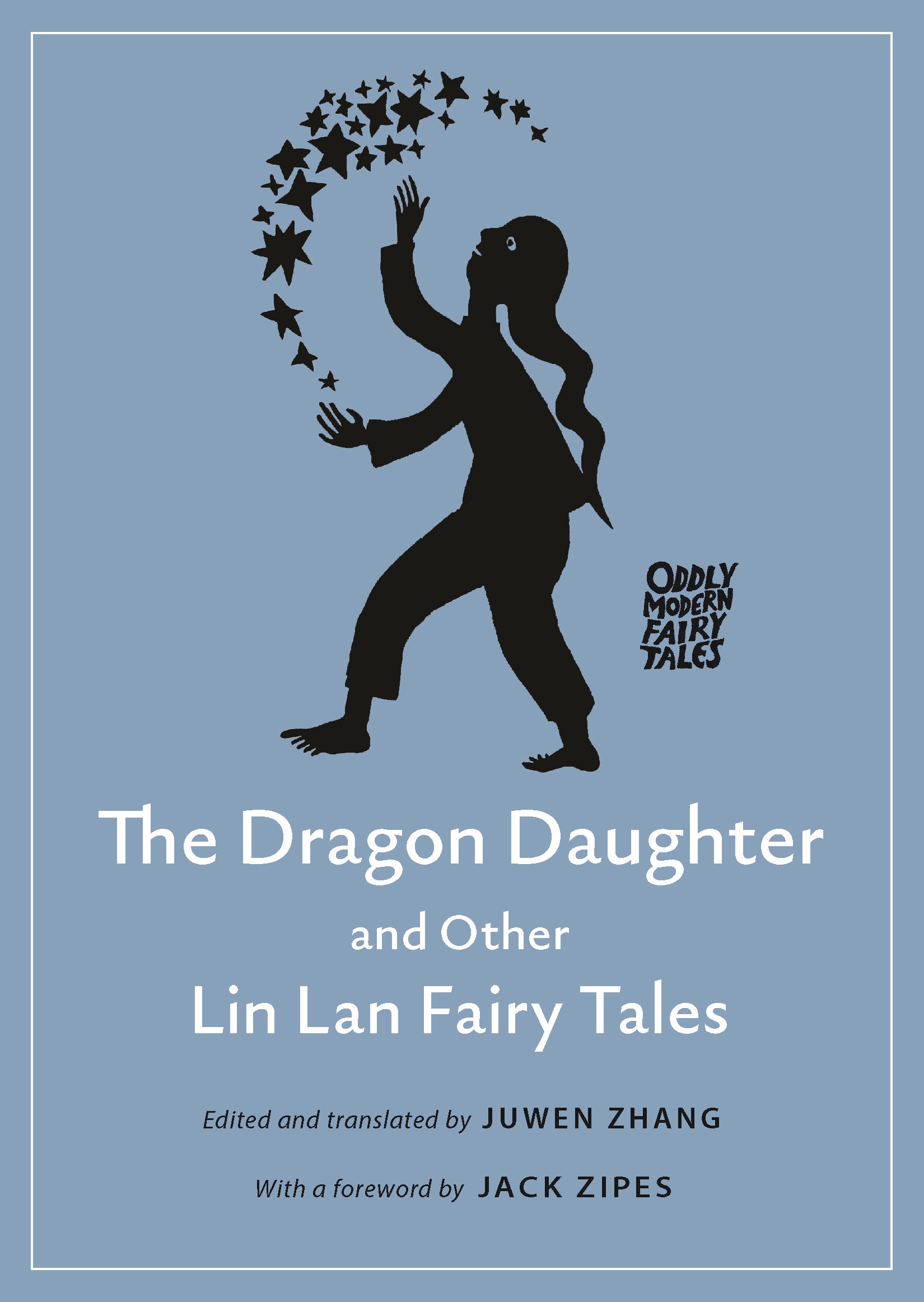 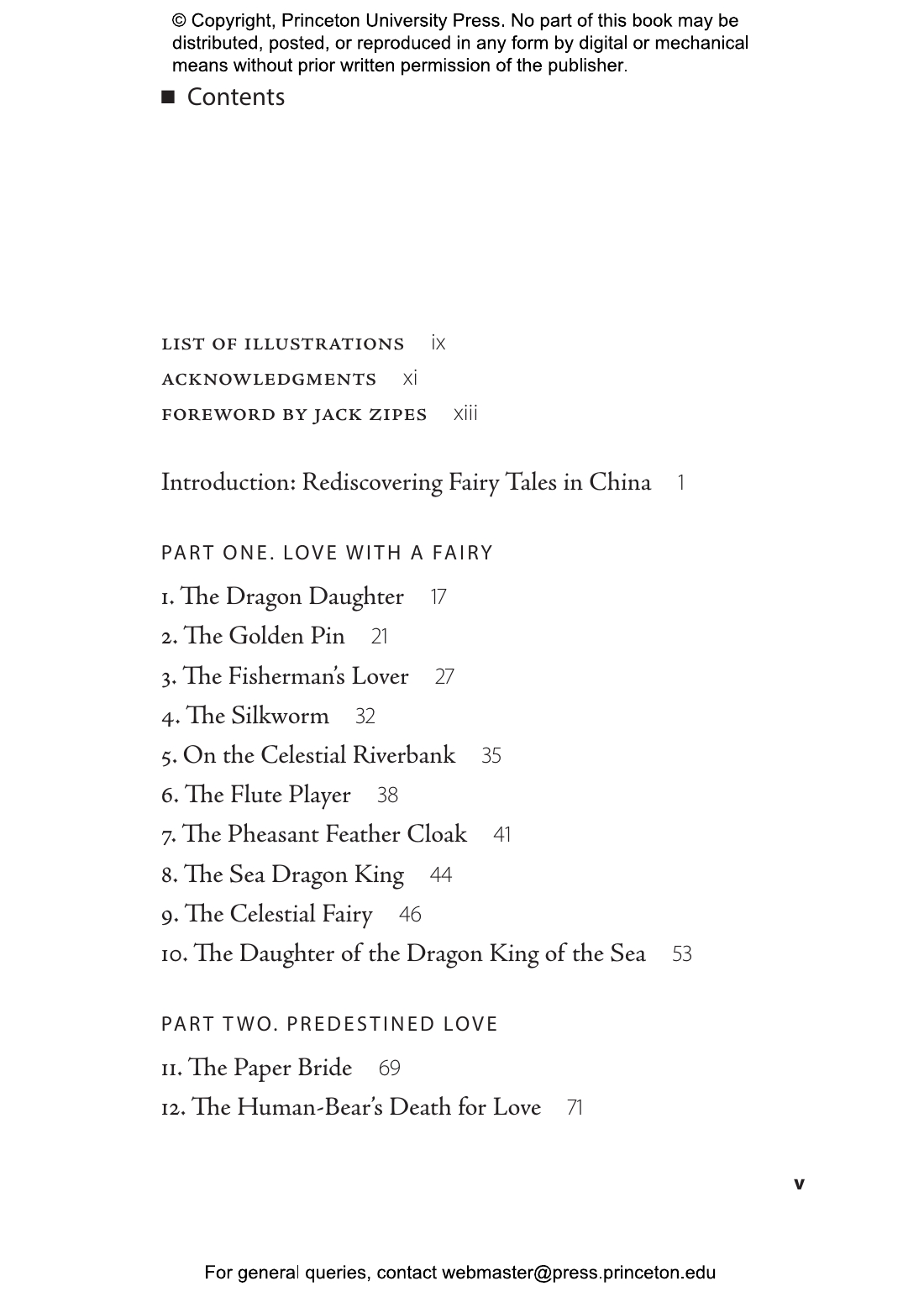 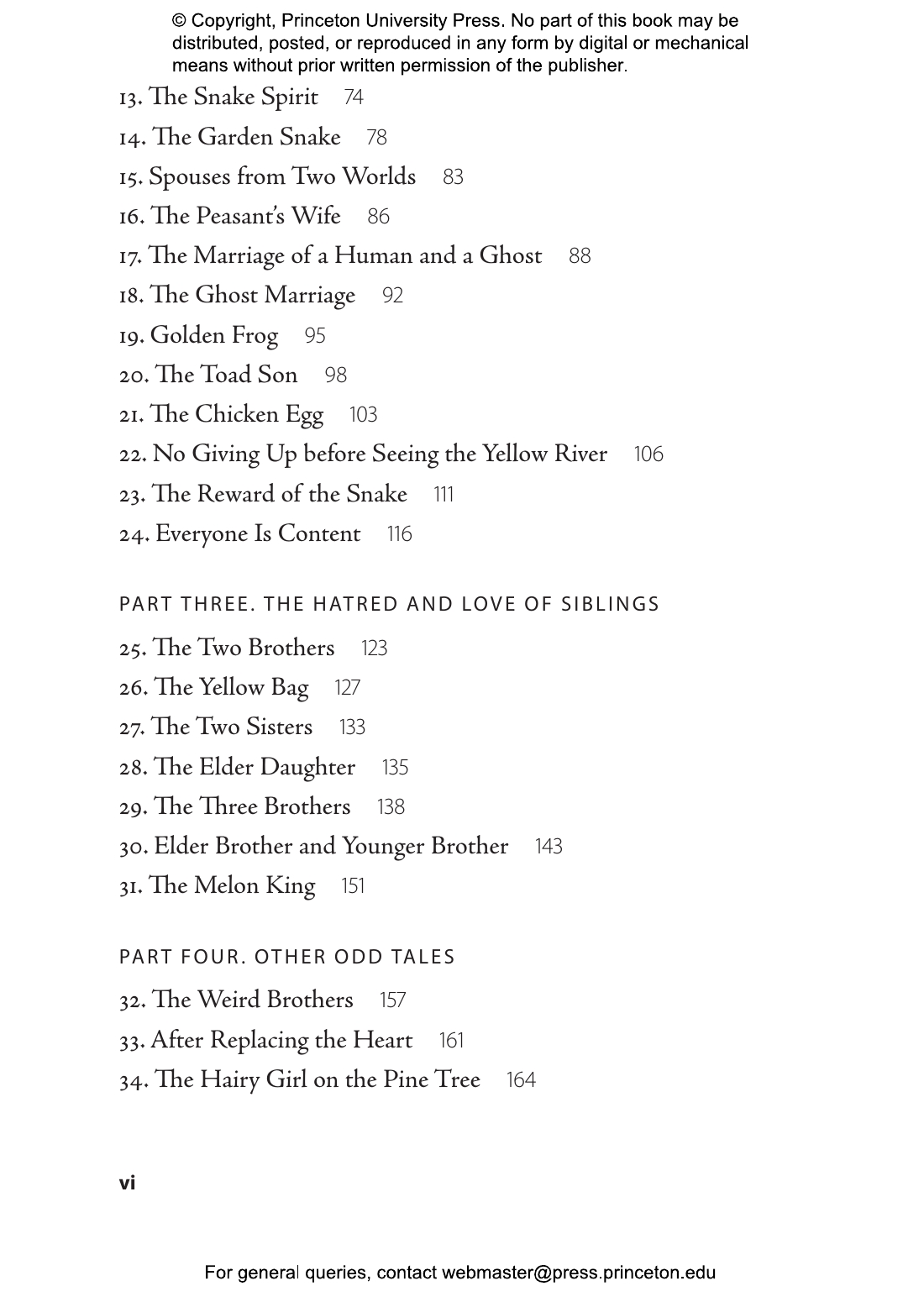 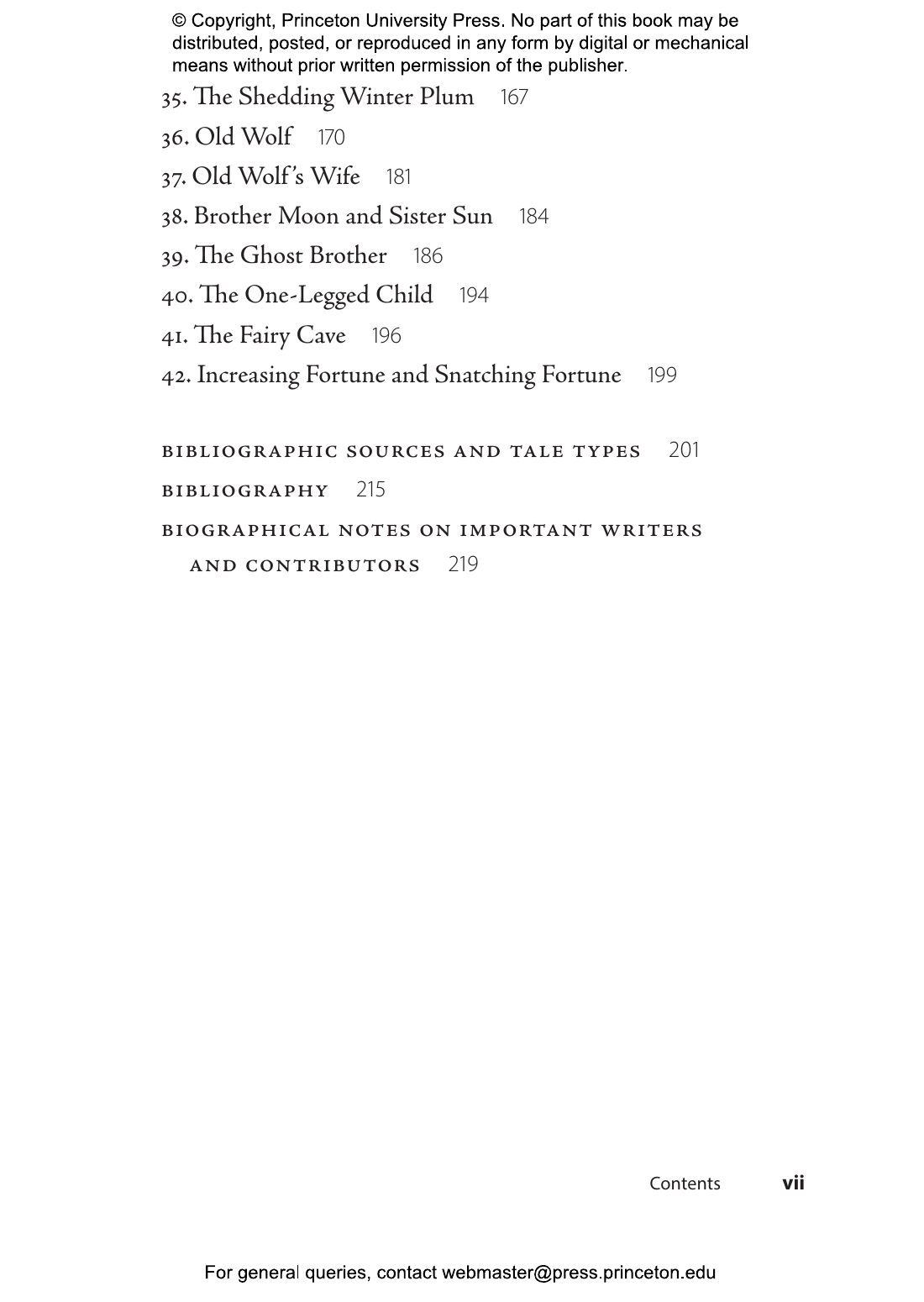 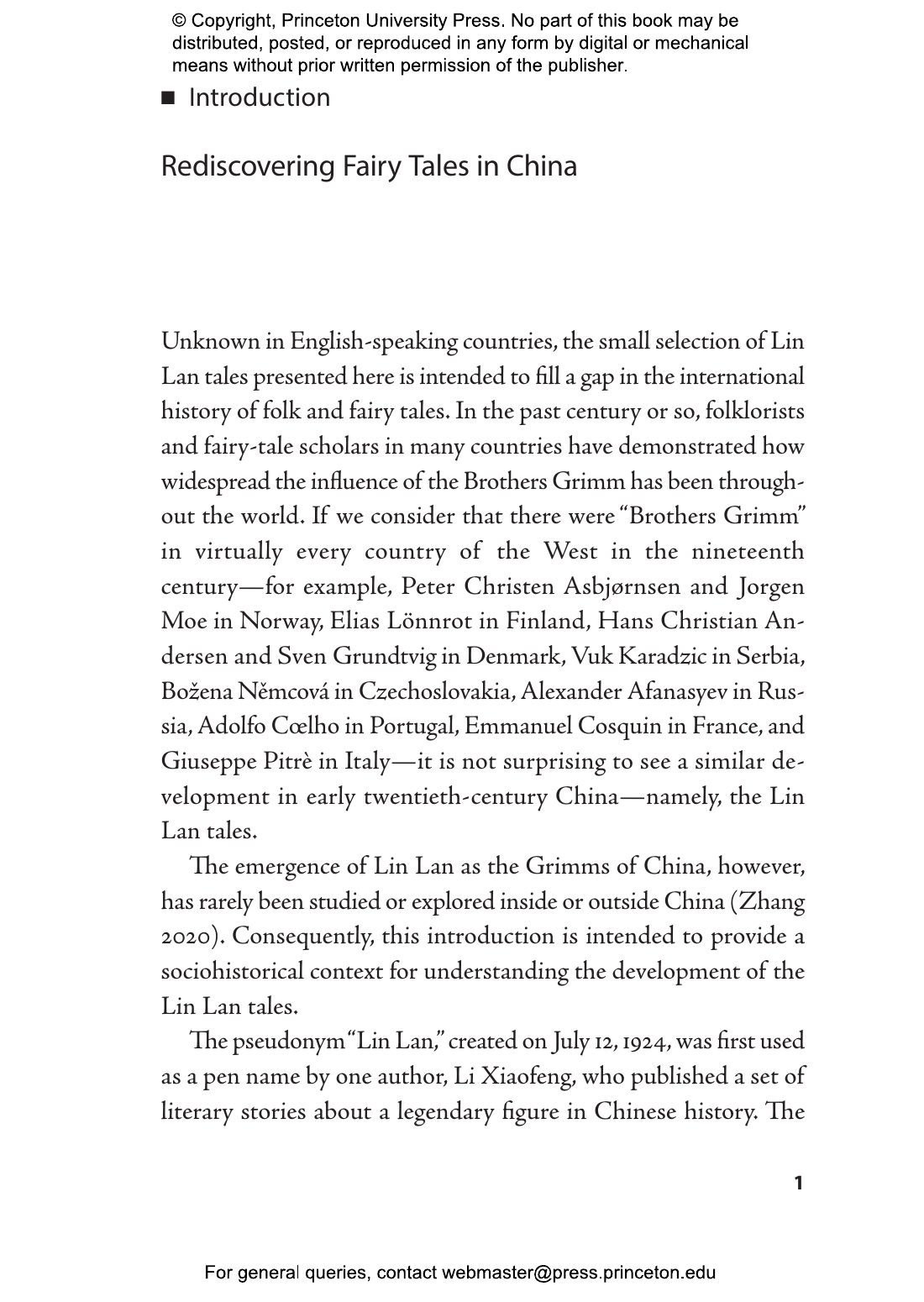 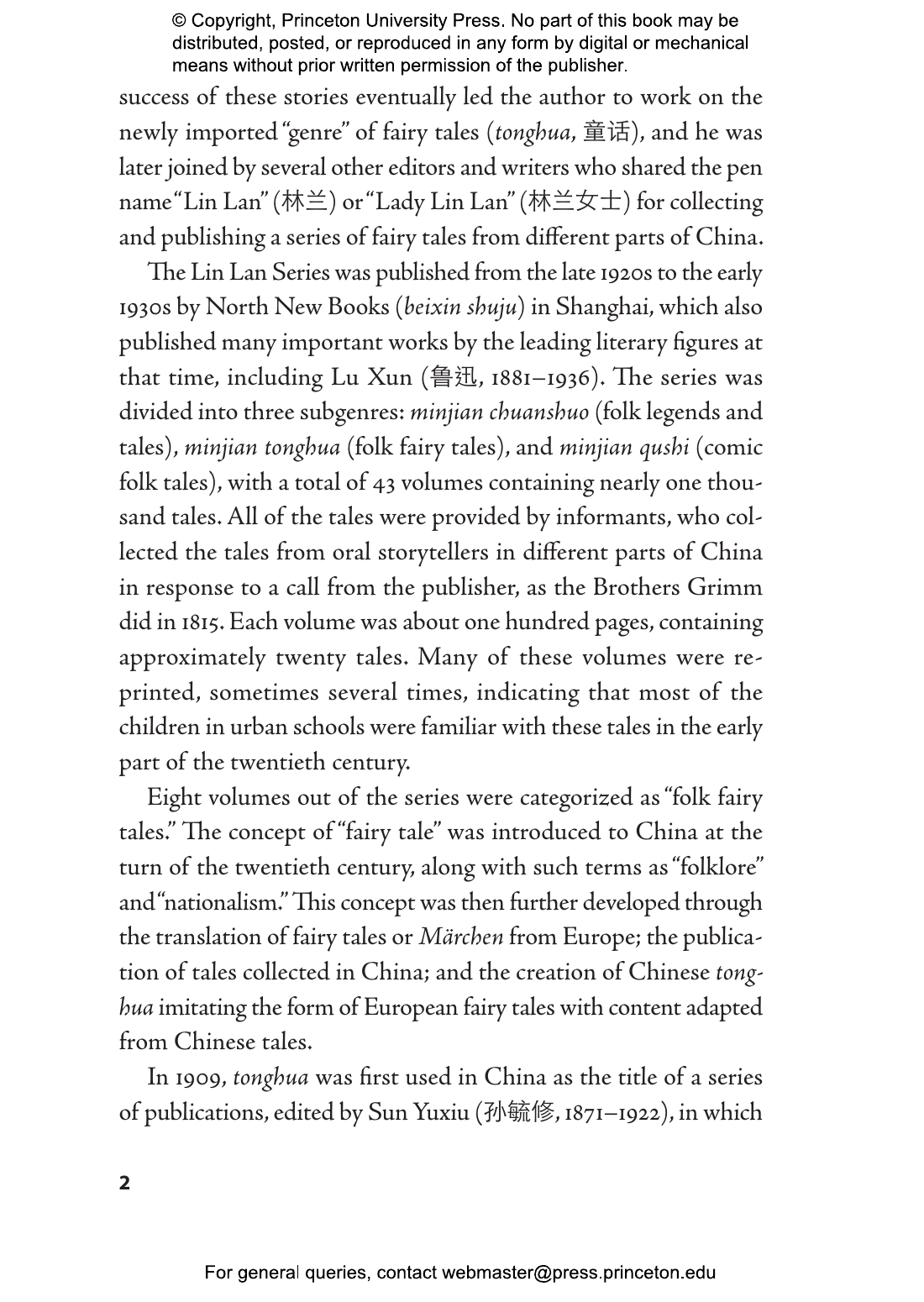 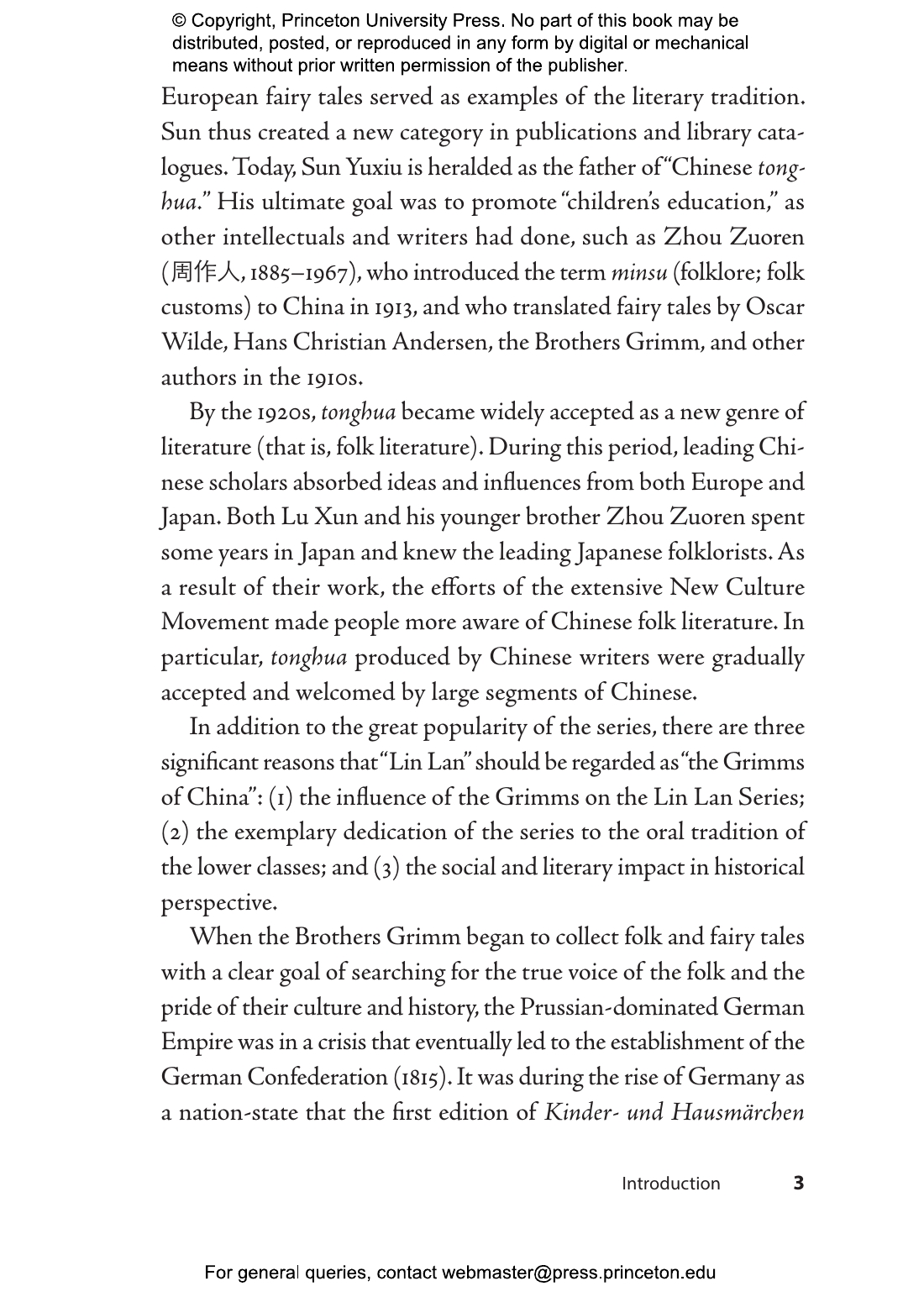 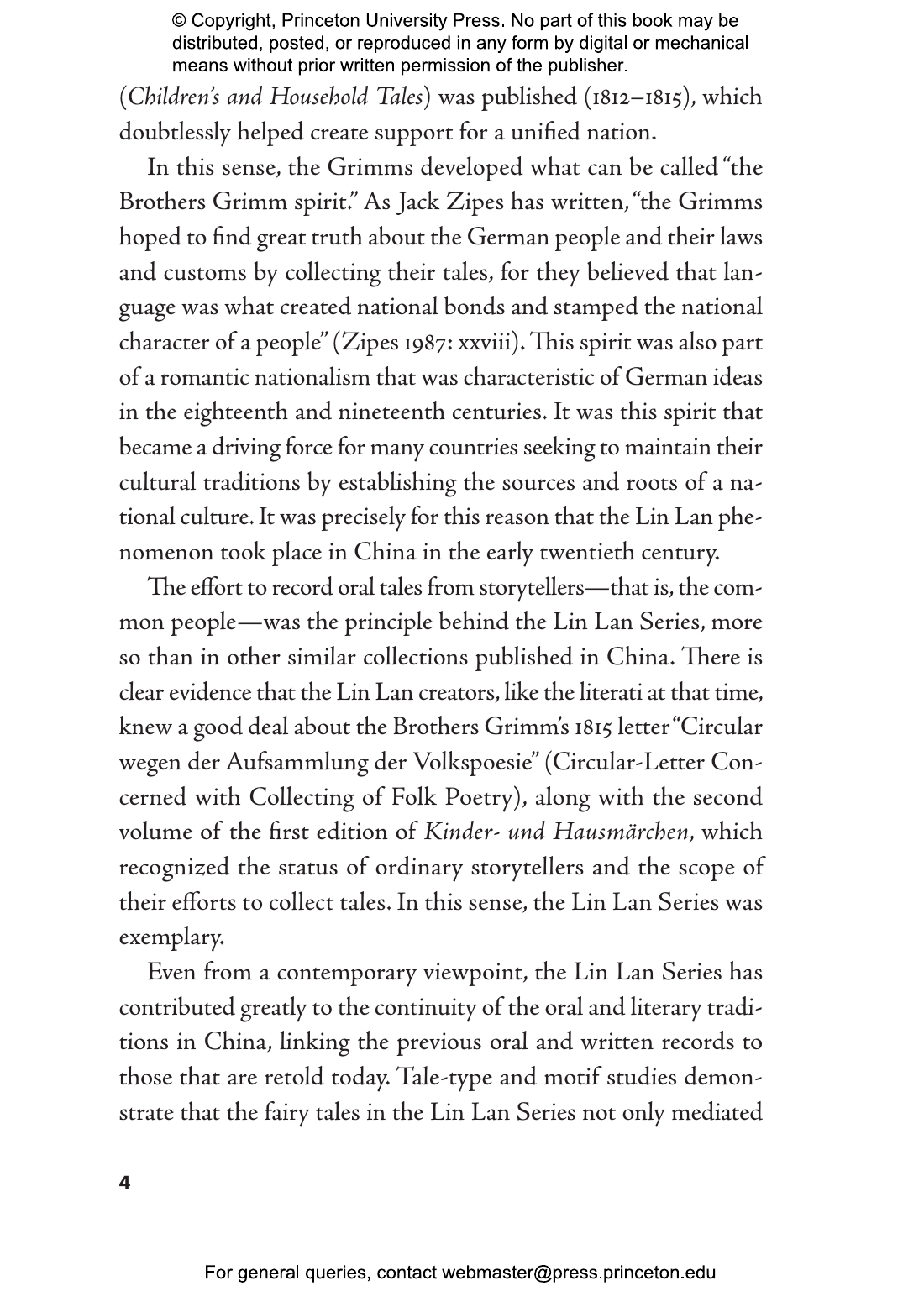 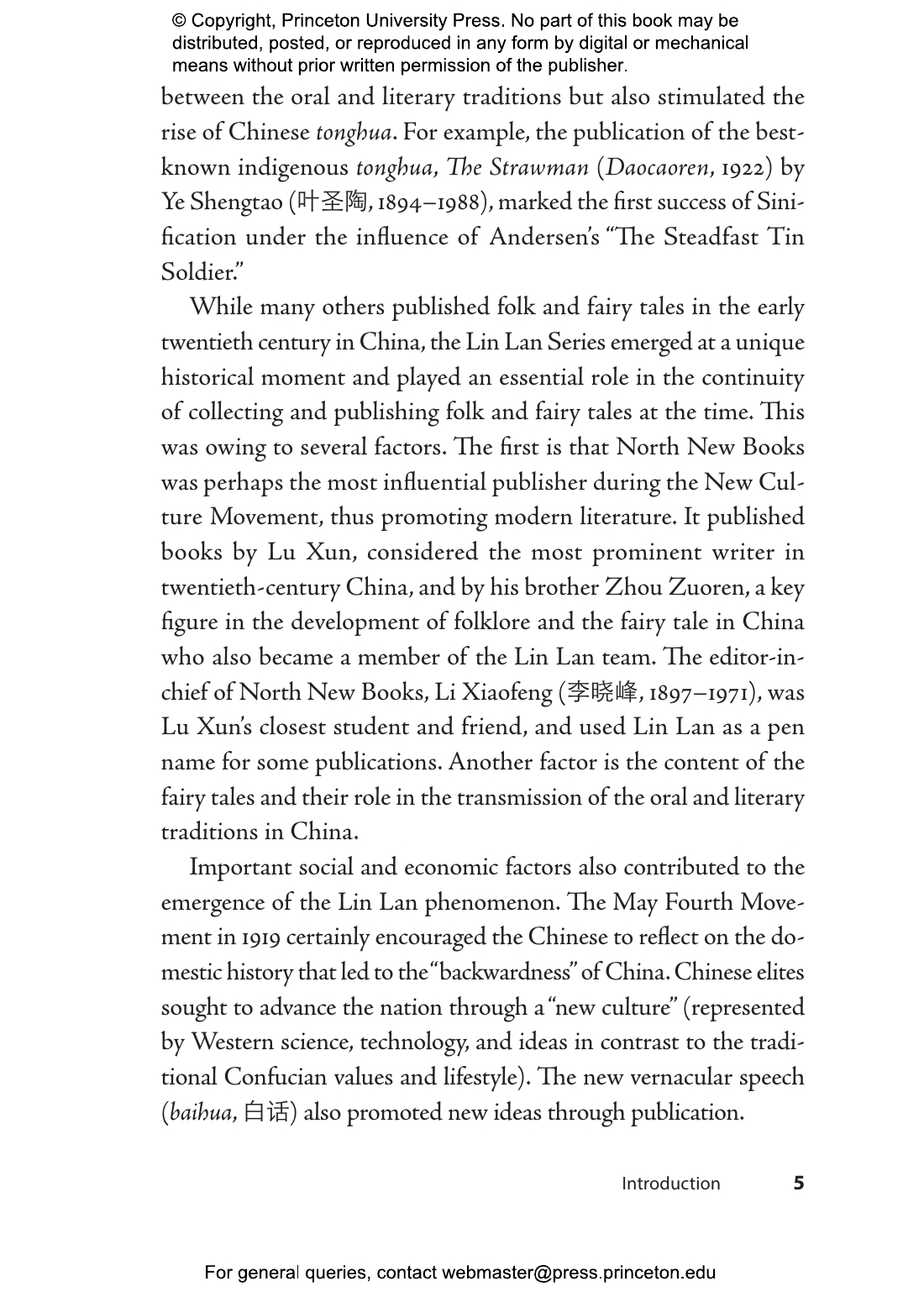 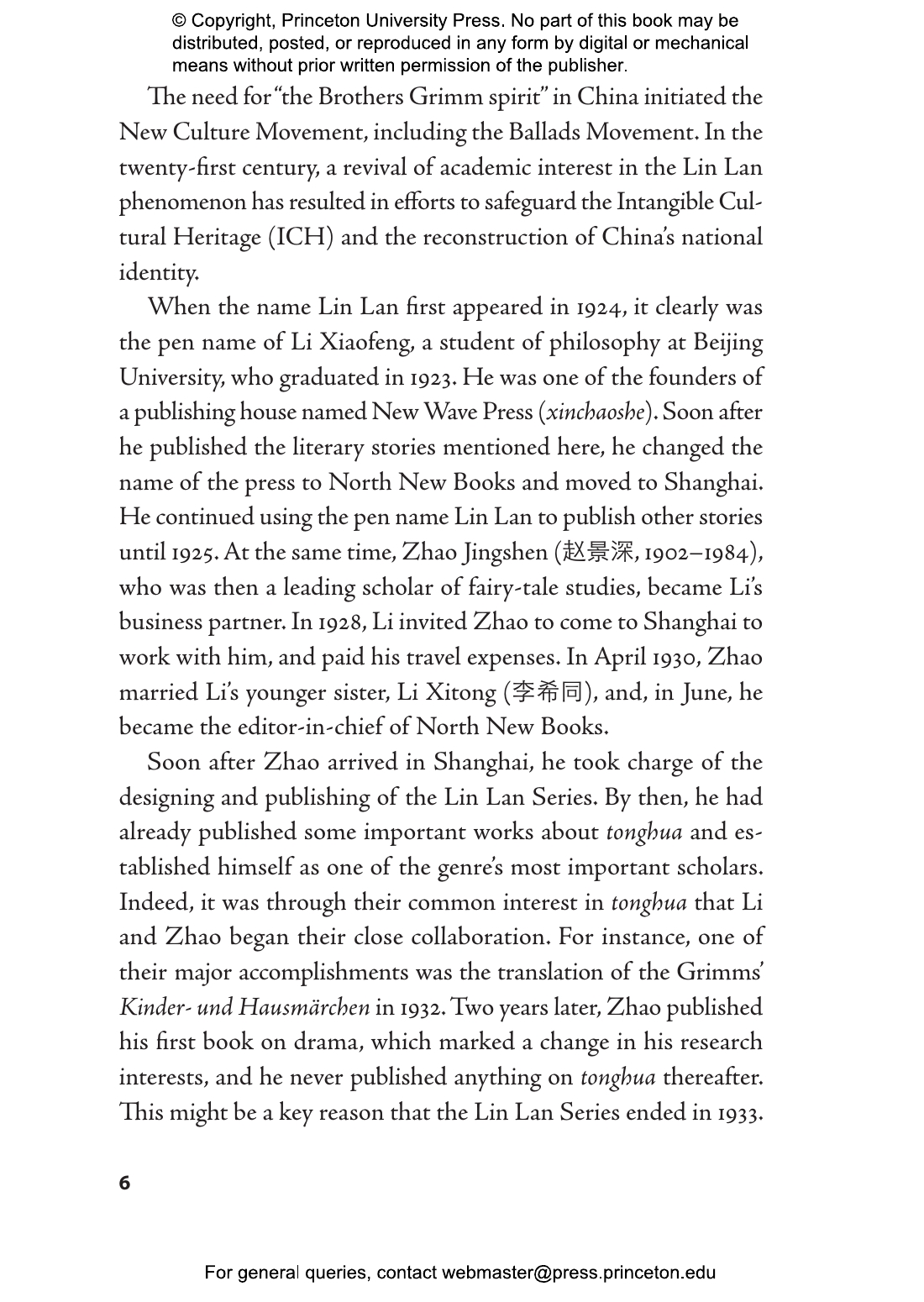 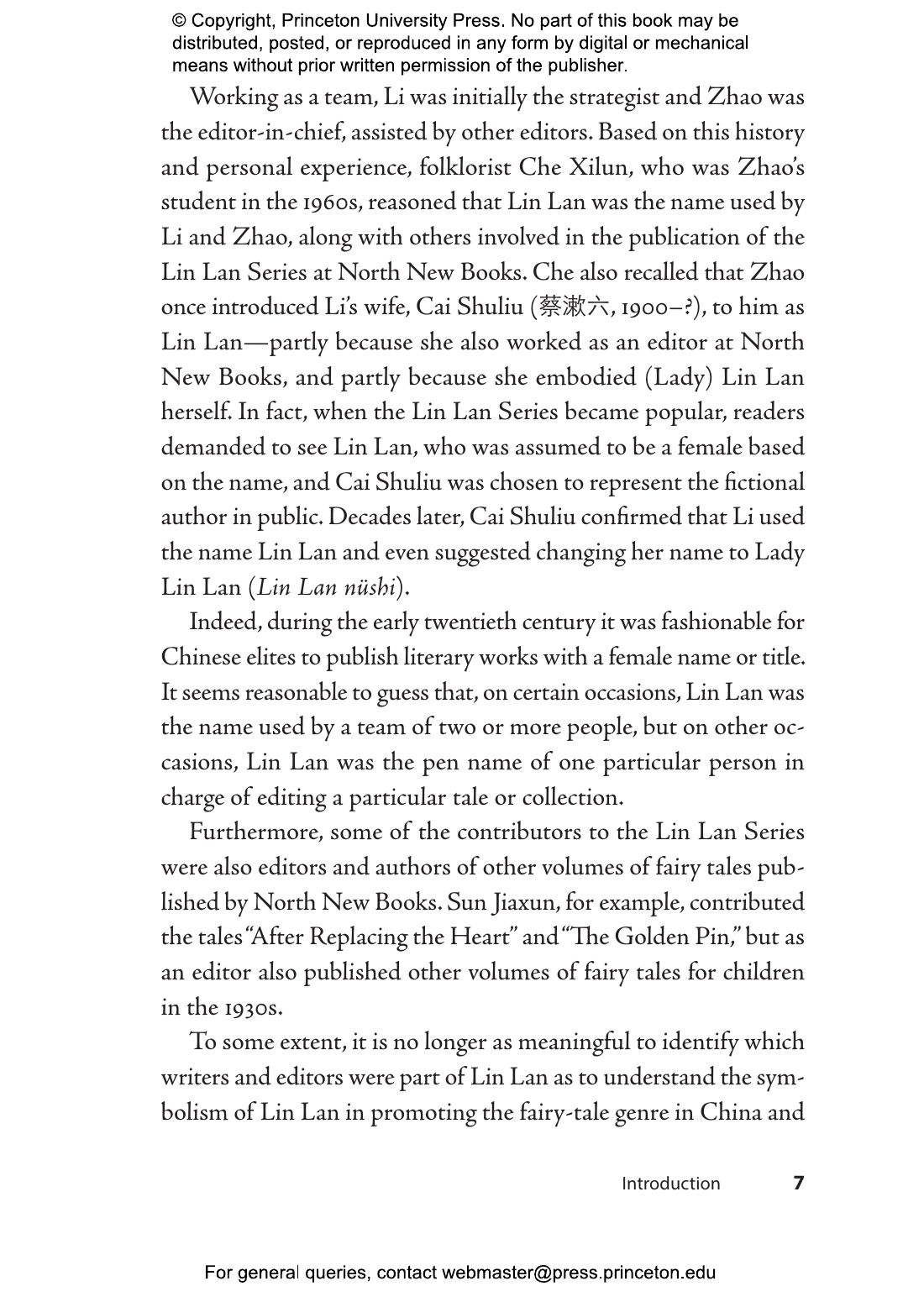 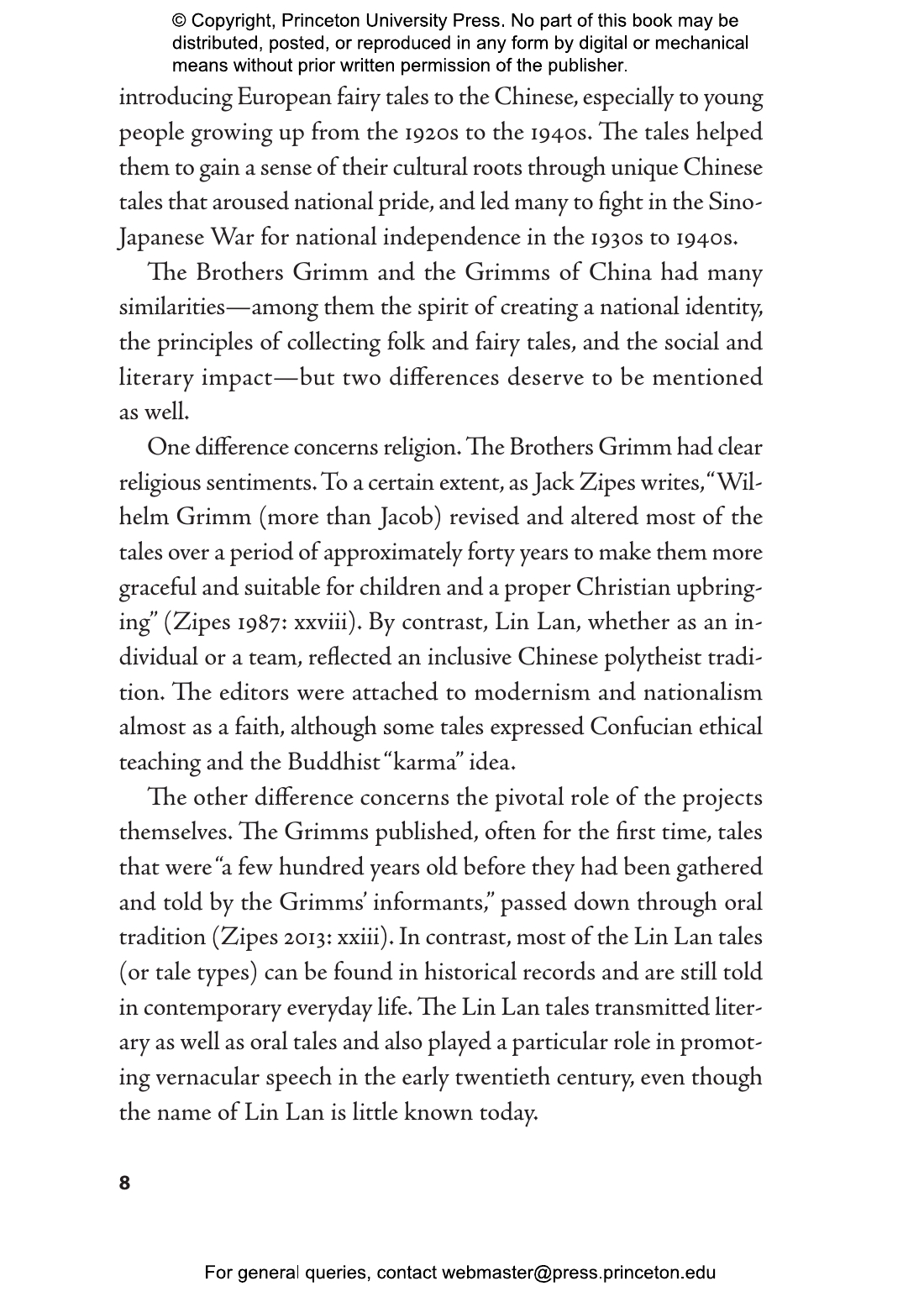 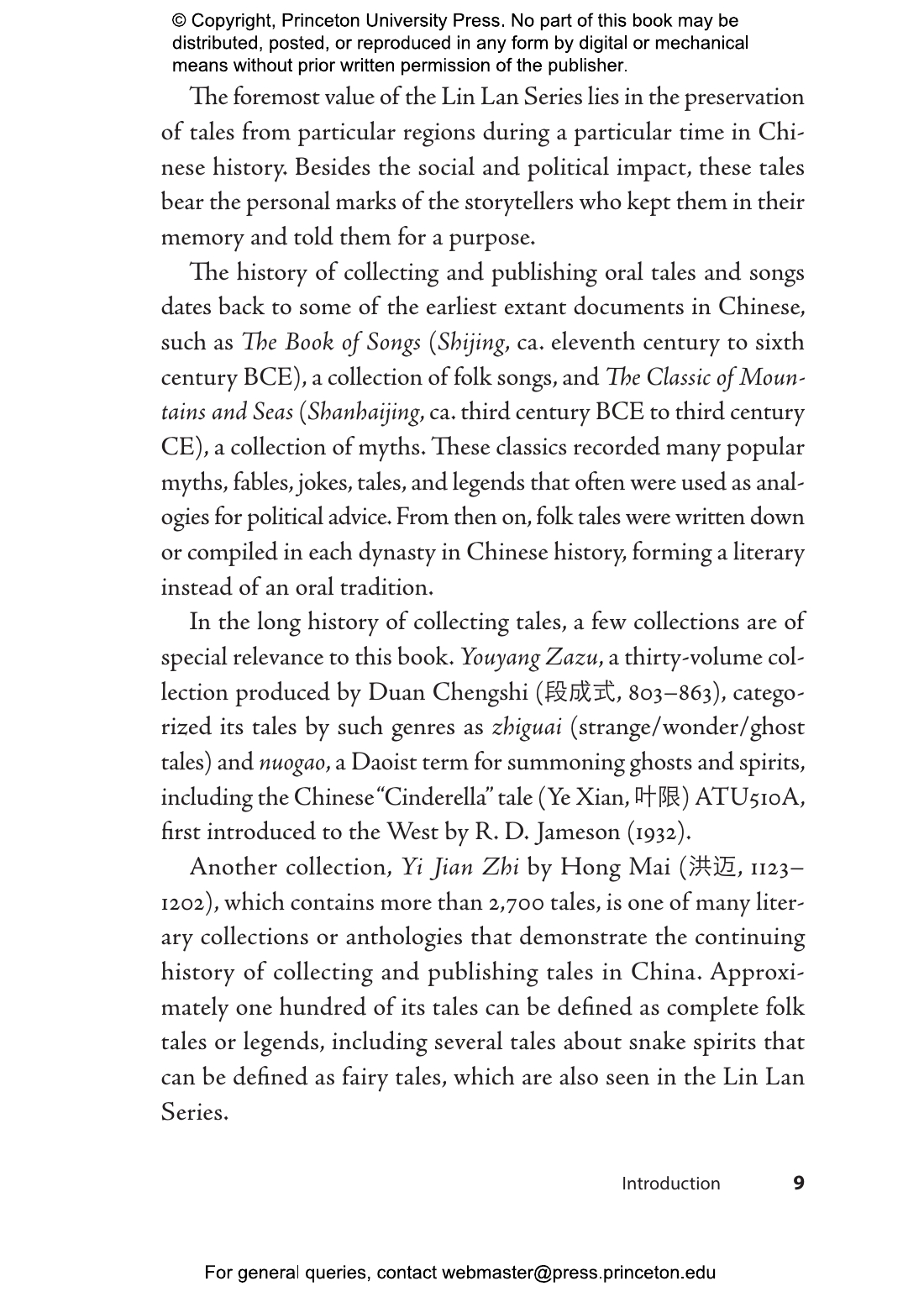 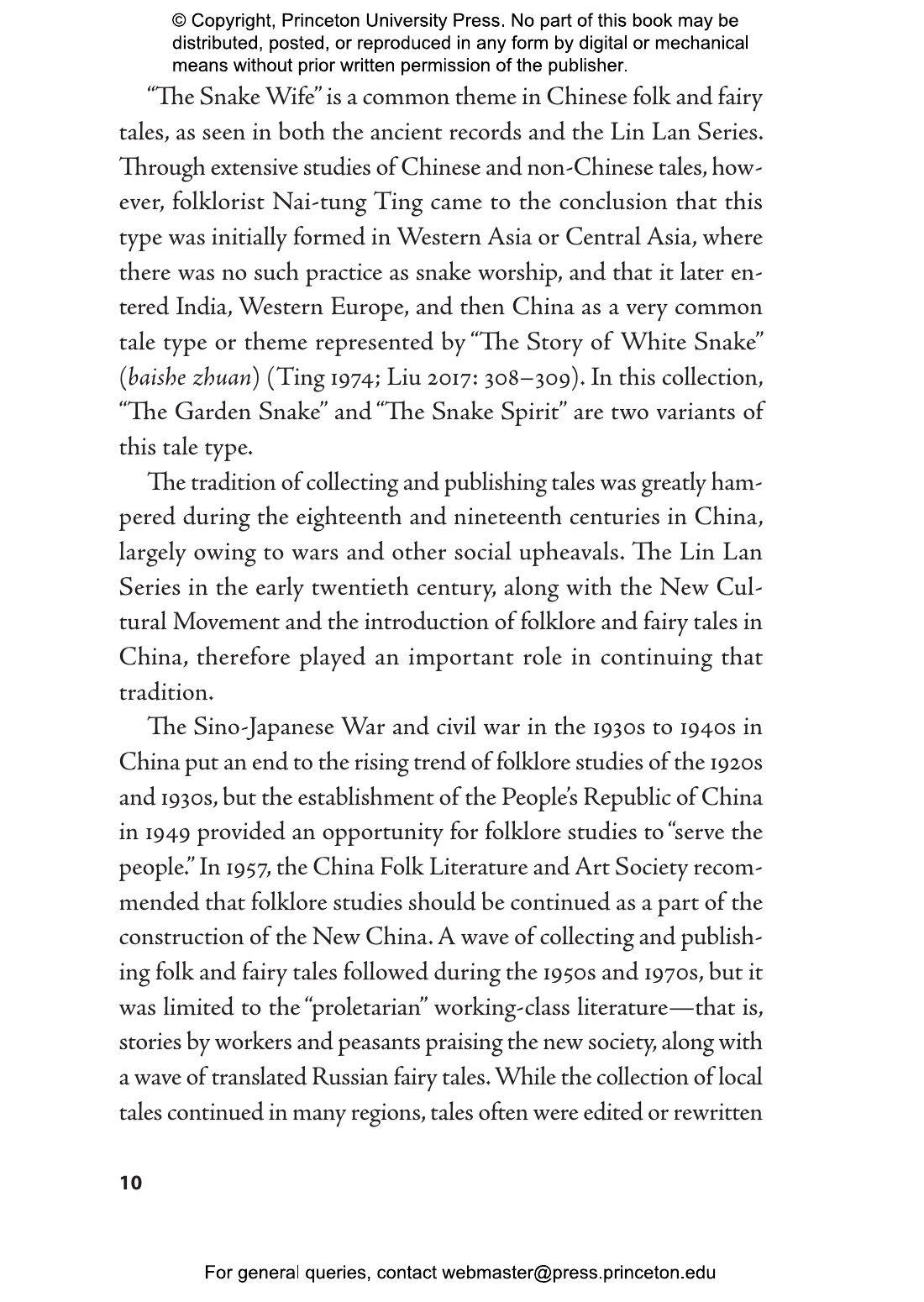 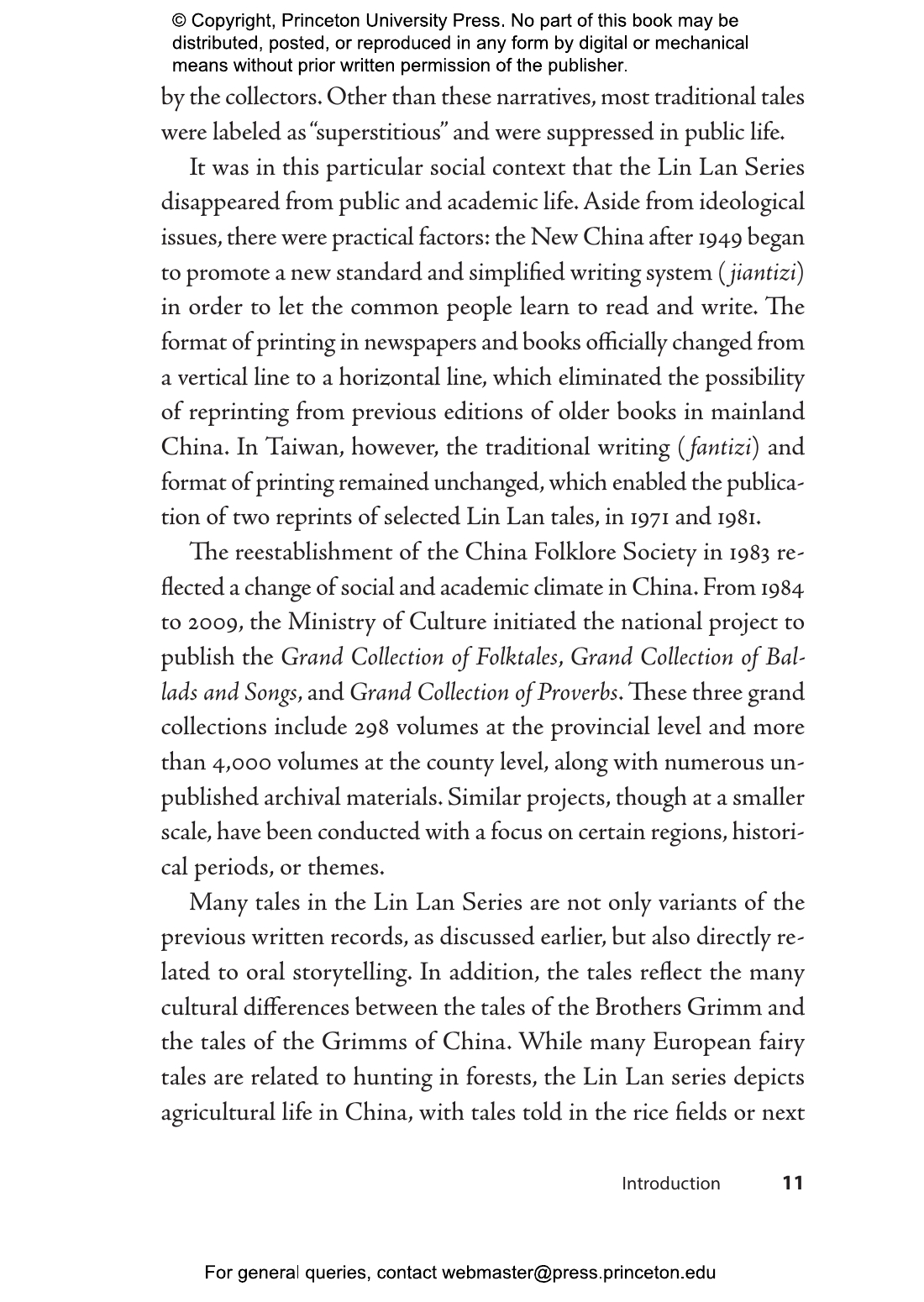 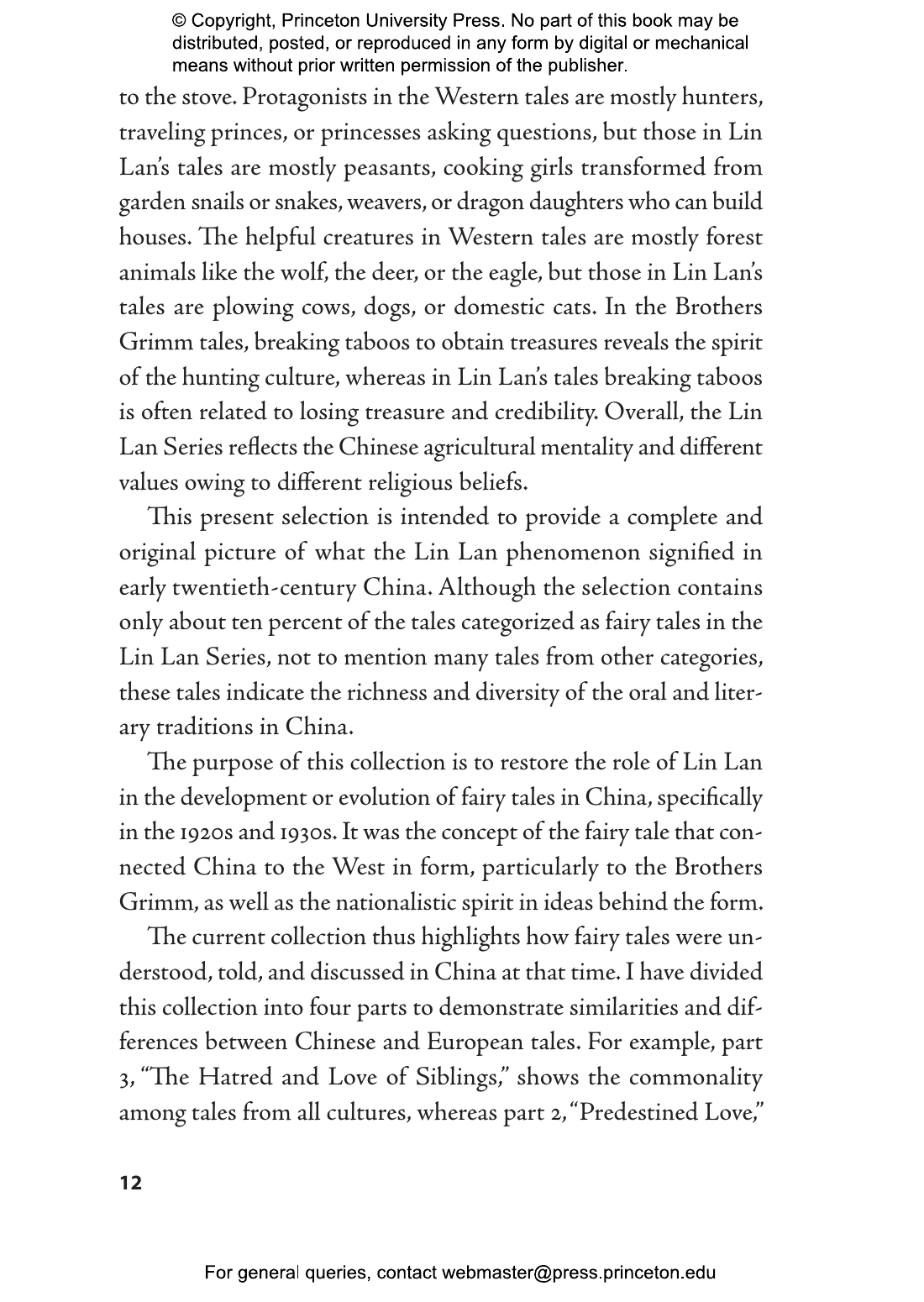 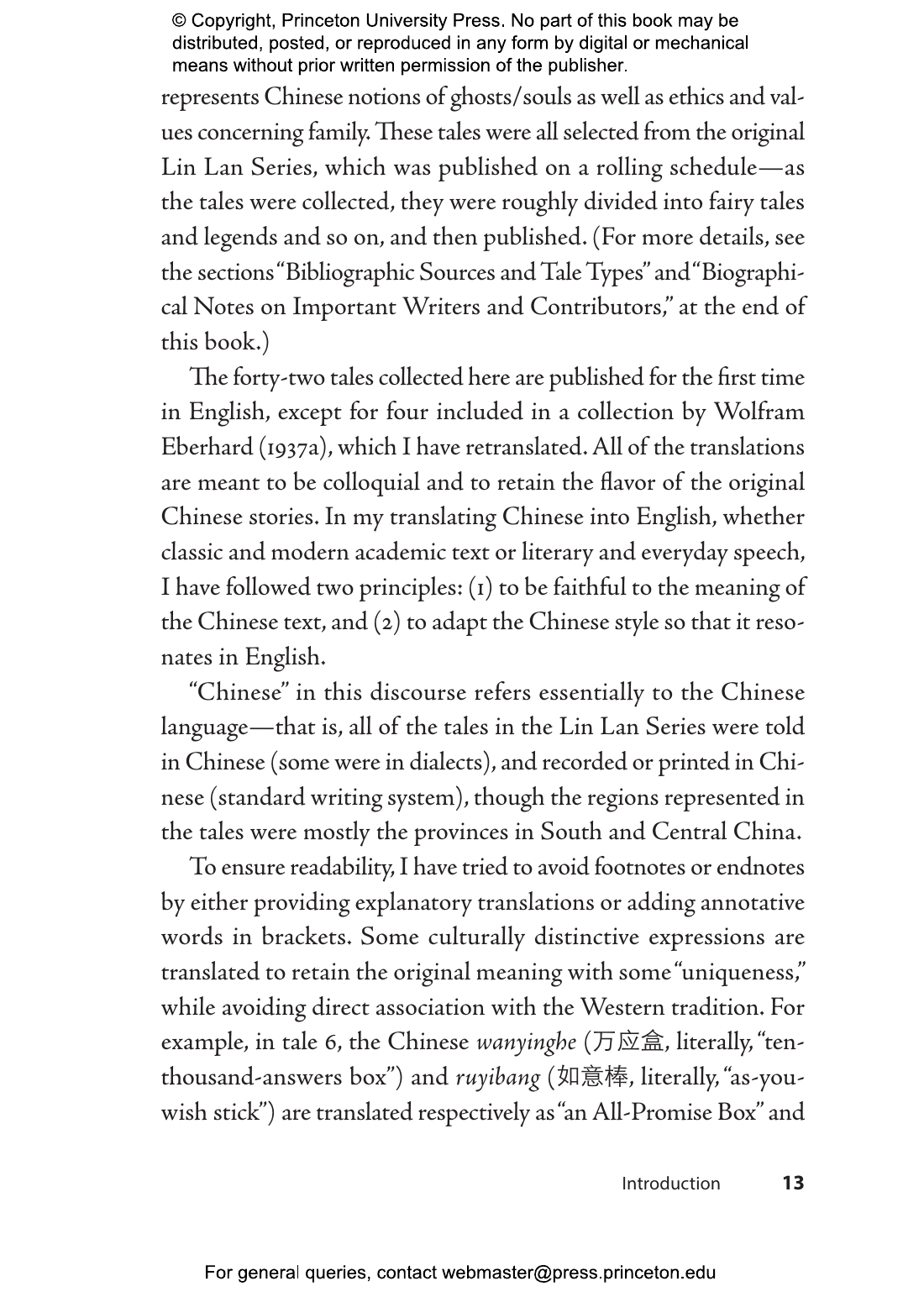 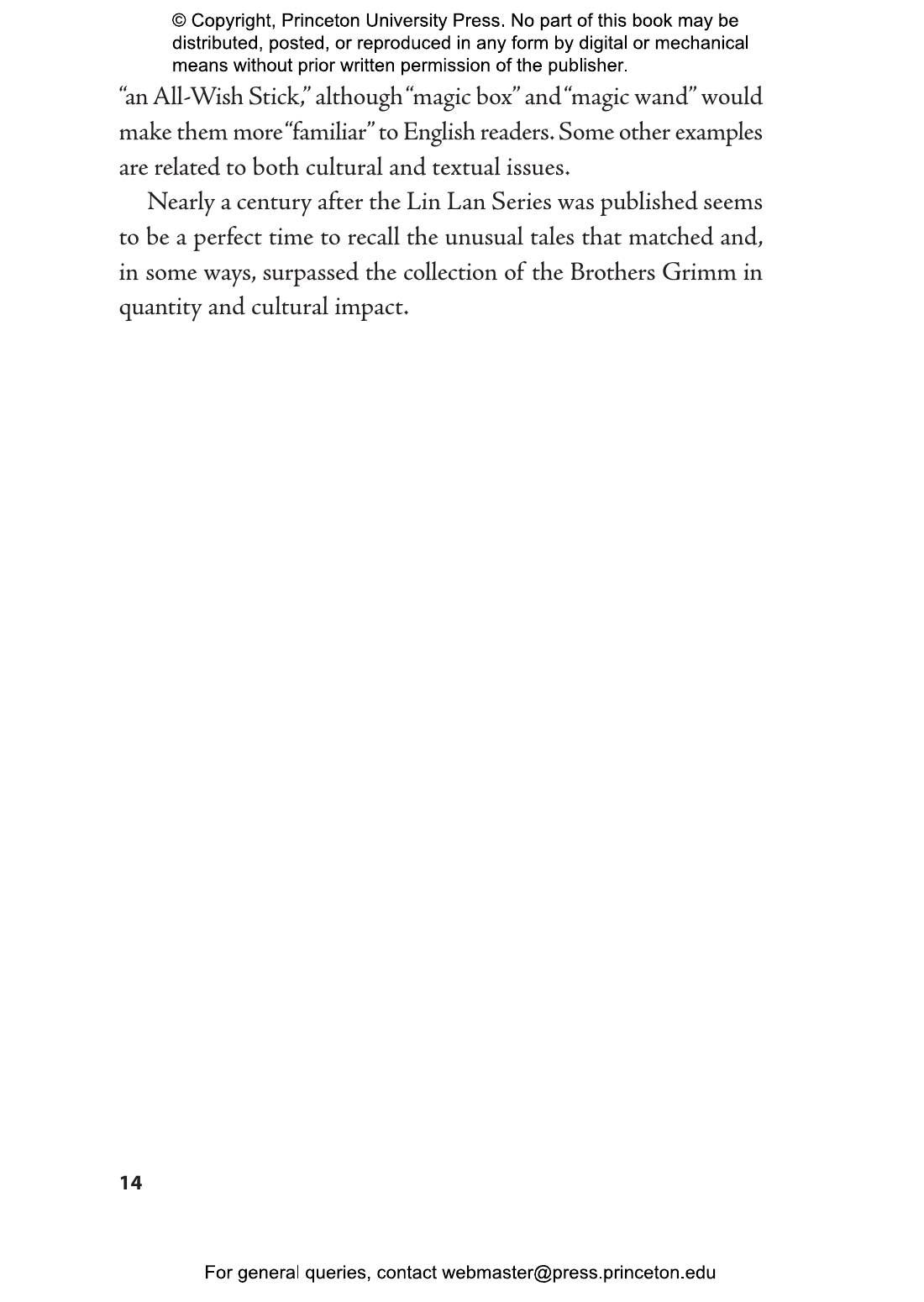 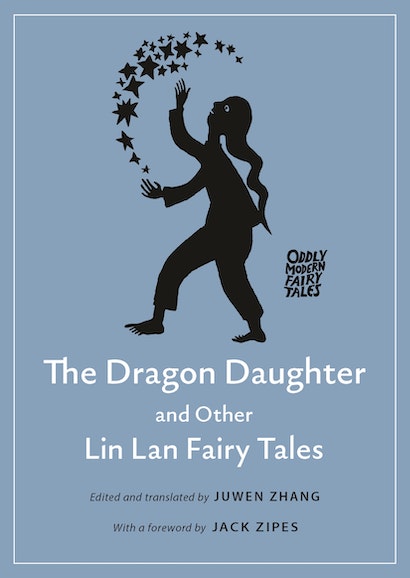 The Dragon Daughter and Other Lin Lan Fairy Tales brings together forty-two magical Chinese tales, most appearing for the first time in English. These stories have been carefully selected from more than a thousand originally published in the early twentieth century under the pseudonyms Lin Lan and Lady Lin Lan—previously unknown in the West, and now acclaimed as the Brothers Grimm of China.

The birth of the tales began in 1924, when one author, Li Xiaofeng, published a set of literary stories under the Lin Lan pen name, an alias that would eventually be shared by an editorial team. Together, this group gathered fairy tales (tonghua) from rural regions across China. Combining traditional oral Chinese narratives with elements from the West, the selections in this collection represent different themes and genres—from folk legends to comic tales. Characters fall for fairies, experience predestined love, and have love/hate relationships with siblings. Garden snails and snakes transform into cooking girls, and dragon daughters construct houses. An introduction offers historical and social context for understanding the role that the Lin Lan stories played in modern China. Appendixes include information on tale types and biographies of the writers and contributors.

The Dragon Daughter and Other Lin Lan Fairy Tales is a captivating testament to the power of storytelling.

Beyond The Dragon Daughter and Other Lin Lan Fairy Tales

Juwen Zhang is professor of Chinese Studies at Willamette University, fellow of the American Folklore Society, and current president of the Western States Folklore Society. Jack Zipes is the editor of The Original Folk and Fairy Tales of the Brothers Grimm (Princeton).

"Readers will discover in this collection displays of violence in its most unforgiving forms as well as repeated tributes to beauty and its seductive power."—Maria Tatar, Foreign Policy

"Enjoyable. . . . An exciting look at oral traditions of rural China. Lovers of folktales and fairytales will enjoy this book and Zhang’s conversational prose."—Library Journal

“A highly entertaining and engaging book. Anyone with an interest in popular traditional narratives, or in Chinese culture more generally, will enjoy and value this collection.”—Andrew Teverson, editor of The Fairy Tale World

“This enthralling collection opens doors to a unique facet of China’s deep heritage of fairy tales. In rediscovering stories edited by the nebulous Lin Lan, Juwen Zhang charts a textual history that is as fascinating as the tales themselves.” —Mark Bender, author of Plum and Bamboo