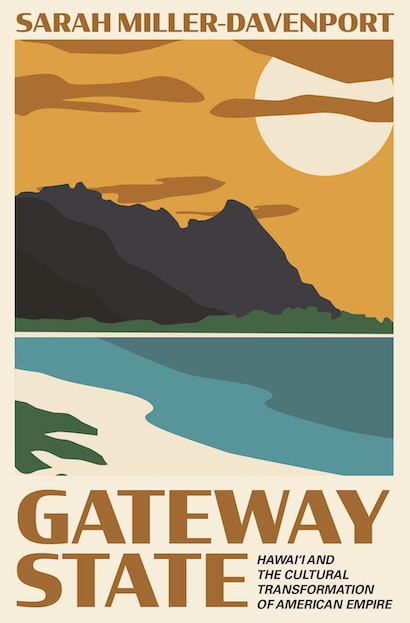 Gateway State explores the development of Hawai’i as a model for liberal multiculturalism and a tool of American global power in the era of decolonization. The establishment of Hawai’i statehood in 1959 was a watershed moment, not only in the ways Americans defined their nation’s role on the international stage but also in the ways they understood the problems of social difference at home. Hawai’i’s remarkable transition from territory to state heralded the emergence of postwar multiculturalism, which was a response both to independence movements abroad and to the limits of civil rights in the United States.

Once a racially problematic overseas colony, by the 1960s, Hawai’i had come to symbolize John F. Kennedy’s New Frontier. This was a more inclusive idea of who counted as American at home and what areas of the world were considered to be within the U.S. sphere of influence. Statehood advocates argued that Hawai’i and its majority Asian population could serve as a bridge to Cold War Asia—and as a global showcase of American democracy and racial harmony. In the aftermath of statehood, business leaders and policymakers worked to institutionalize and sell this ideal by capitalizing on Hawai’i’s diversity. Asian Americans in Hawai’i never lost a perceived connection to Asia. Instead, their ethnic difference became a marketable resource to help other Americans navigate a decolonizing world.

As excitement over statehood dimmed, the utopian vision of Hawai’i fell apart, revealing how racial inequality and U.S. imperialism continued to shape the fiftieth state—and igniting a backlash against the islands’ white-dominated institutions.

Sarah Miller-Davenport is lecturer in U.S. history at the University of Sheffield. 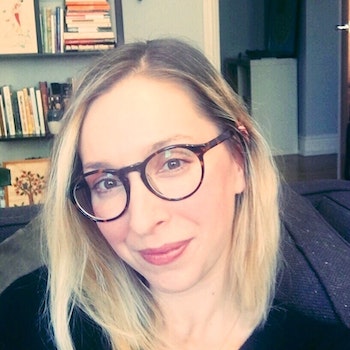 "Gateway State is a great book about Hawai'i statehood and a pathbreaking story of race and foreign relations in postwar America. By viewing this Cold War crossroads from local, national, and global perspectives, Sarah Miller-Davenport deftly integrates Hawai'i history into U.S. history. Gateway State gives readers a whole new way of thinking about the United States in the Pacific world in the twentieth century."—Christopher Capozzola, Massachusetts Institute of Technology

"This powerful book reveals the ways that Americans' ideological uses of racially integrated Hawai’i—as message to a decolonizing world and model for a desegregating mainland—bolstered racial and imperial inequalities, and promoted new forms of intractable, hierarchical difference in the name of multiculturalism. Deeply researched and elegantly crafted, Gateway State is a critically important work in the historiographies of U.S. racial formation, overseas colonialism, and the United States in the world."—Paul A. Kramer, author of The Blood of Government: Race, Empire, the United States, and the Philippines

"Gateway State is an indispensable book that argues for Hawai'i's centrality in U.S. postwar global expansion, race relations at home, and the fraught origins of multiculturalism. Put simply, this is an important work."—Lien-Hang T. Nguyen, Columbia University

"A highly original, deeply researched, and lucidly presented work, Gateway State offers a rich investigation into the political, cultural, and discursive efforts that moved Hawai'i to statehood. With crisp and forceful arguments and vivid abundant details, this highly teachable book will have a significant impact on American and transpacific studies and considerations of the United States in the world."—Penny Von Eschen, Cornell University

"Gateway State centers the political importance of Hawai'i in the midst of post–World War II global decolonization and racial liberation movements in the United States. Well-researched and brilliantly argued, this book examines how leaders positioned the fiftieth state as a racial and consumer paradise, and how colonized subjects resisted this Cold War agenda. This fascinating work expands the understanding of connections between the Cold War and civil rights."—Judy Tzu-Chun Wu, University of California, Irvine