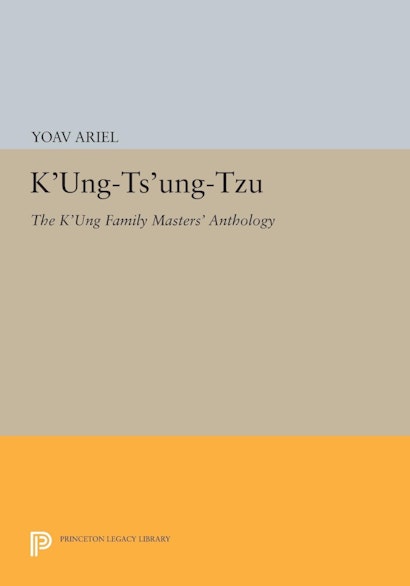 In analyzing evidence indicating that K’ung-ts’ung-tzu was a forgery, Yoav Ariel questions current views of the Confucian school in the time between the Sage’s death in the fifth century B.C. and the emergence in the eleventh century of Neo-Confucianism. The text, traditionally ascribed to a descendant of Confucius, K’ung Fu (264-208 B.C.), provides a setting for a series of philosophical debates between K’ung family members and representatives of such non-Confucian schools as Legalism, Mohism, and the School of Names. However, finding that this text was probably fabricated by the controversial Confucian master, Wang Su (A.D. 195-256), Ariel explains how it sheds light on the third-century philosophical milieu: Confucianism then is seen to have been not only Taoistically metaphysical, individualistic, and escapist, but also aggressive in advocating early Confucian values.

The first part of Ariel’s book deals with the general characteristics, history, dating, authenticity, and authorship of the text. The second part is a fully annotated and analyzed translation of the first of the two traditional volumes that constitute the K’ung-ts’ung-tzu.