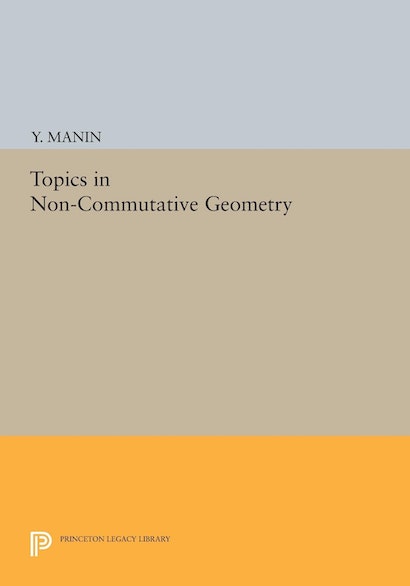 There is a well-known correspondence between the objects of algebra and geometry: a space gives rise to a function algebra; a vector bundle over the space corresponds to a projective module over this algebra; cohomology can be read off the de Rham complex; and so on. In this book Yuri Manin addresses a variety of instances in which the application of commutative algebra cannot be used to describe geometric objects, emphasizing the recent upsurge of activity in studying noncommutative rings as if they were function rings on “noncommutative spaces.” Manin begins by summarizing and giving examples of some of the ideas that led to the new concepts of noncommutative geometry, such as Connes’ noncommutative de Rham complex, supergeometry, and quantum groups. He then discusses supersymmetric algebraic curves that arose in connection with superstring theory; examines superhomogeneous spaces, their Schubert cells, and superanalogues of Weyl groups; and provides an introduction to quantum groups. This book is intended for mathematicians and physicists with some background in Lie groups and complex geometry.