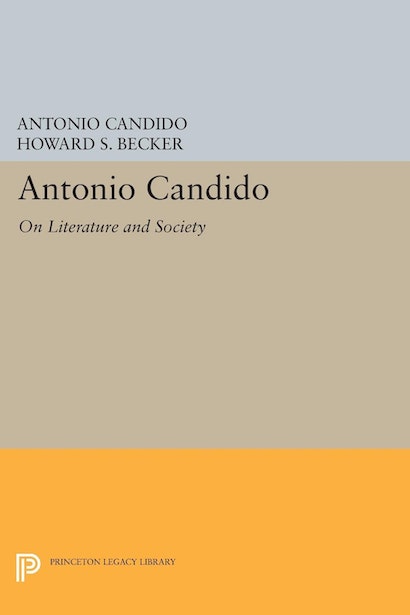 Here Howard Becker makes available for an English-speaking audience a collection of the provocative work of Antonio Candido, one of the leading men of letters in Brazil. Trained as a sociologist, Candido conceives of literature as a social project and is equally at home in textual analyses, discussions of literary theory, and sociological, anthropological, and historical argument. It would be impossible to overstate his impact on the intellectual life of his own country, and on Latin American scholars who can read Portuguese, but he is little known in the rest of the world. In literary, women’s, and cultural studies, as well as in sociology, this book contributes a sophisticated and unusual perspective that will dazzle readers unfamiliar with Candido’s work.

Emphasizing the breadth of Candido’s interests, the essays include those on European literature (Dumas, Conrad, Kafka, and Cavafy, for example), on Brazilian literature (Machado de Assis and others), on Brazilian cultural life and politics, and on general problems of criticism (the relations between sociology and criticism, and the problem of literature in underdeveloped countries). Of particular interest is a long piece on Teresina Carini Rocchi, an Italian immigrant to Brazil, who was a lifelong socialist.

"This book is a welcome contribution to Brazilian and Latin American literature. Becker's fluid translation skillfully communicates the clarity and subtlety of the Portuguese original."—Choice

"Antonio Candido is one of Brazil's most important literary scholars. I should place his best essays on a par with Erich Auerbach's work on Baudelaire's Fleurs du Mal in Scenes from the Drama of European Literature or some of the chapters in Mimesis. An even closer parallel would be some of the critical essays of Octavio Paz. Like Auerbach and Paz, Candido is an intellectual with a wide range of interests, rather than an academic whose speculations remain within the limits of his discipline. Like them, too, he writes clearly in a style accessible to a general reader. The essays selected here give a good idea both of the kind of problems Candido addresses and of his characteristic approach to them."—Thomas R. Hart, University of Oregon

"The great thing about Candido is that he was a cultural theorist avant la lettre. In his own way, he defined cultural studies long before the field, as such, appeared. This originality, this inspired refusal to fit existing molds, this insistence on seeing literature as a social process (and social processes as inherently symbolic) still sets him apart. A broad array of scholars will benefit from this excellent selection of his work."—Candace Slater, University of California, Berkeley

"Antonio Candido's is a world culture embodied in a locally rooted sensibility. Written in Portuguese, this 'tomb of thought,' his work, which was a major influence on two generations of Brazilian scholars, will inspire Anglo-Saxon readers. They will admire Candido's elegantly sober style and his insights on the subtle relation between society and its literature. Literary critics, as much as authors, can truly be universal."—Manuela Carneiro da Cunha, University of Chicago