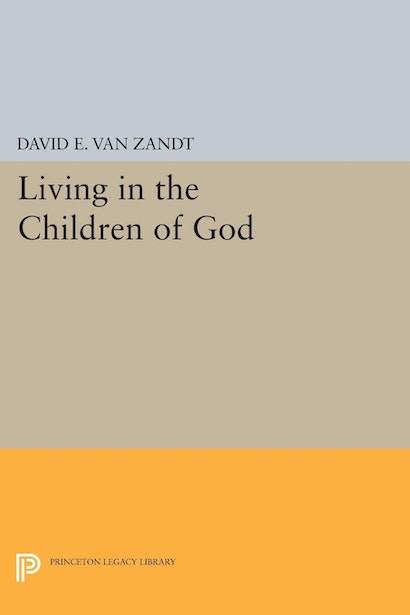 At the height of the religious ferment of the 1970s, David Van Zandt studied firsthand the most vilified of the new radical religious movements — the Children of God, or the Family of Love. First feigning membership and later gaining the permission of the Family, the author lived full-time in COG colonies in England and the Netherlands. From that experience, he has produced an informed, insightful, and humane report on how COG members function in what seems at first to be a completely bizarre setting. The COG, an offshoot of the Jesus People movement of the late 1960s, was one of the first radical religious groups to be accused of “brainwashing.” Led by the charismatic David Berg, known as Moses David, the group demands total commitment from its full-time members and proselytizes continuously. Until recently the COG used sex as a proselytizing tool, and it continues to encourage full sexual sharing among group members. Instead of examining the COG’s ideology in the abstract, Van Zandt analyzes how its ideas are understood and used by ordinary members in their daily lives. For them the Family is its practical, day-to-day, and all-consuming activities, such as “litnessing” (the street sale of COG literature). This is a vivid eyewitness account that will fascinate anyone interested in life in modern radical communal religions, such as the Unification Church and the Hare Krishnas, as well as in other radical, Christian-based, total-commitment groups. Van Zandt’s frank reflections on his near-conversion experience and on the ethics of his covert observation enrich our knowledge of doing research with such groups.