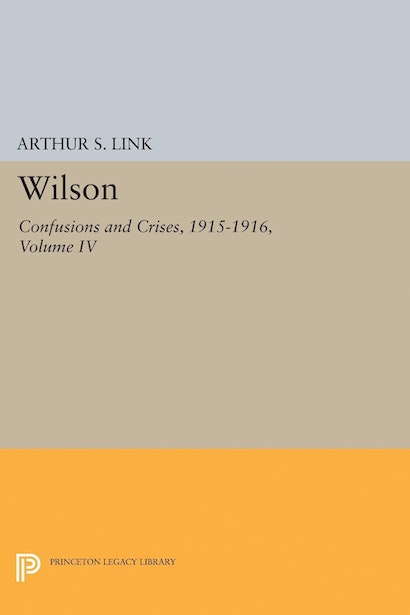 The fourth volume of Mr. Link’s biography of Woodrow Wilson and the history of his times covers the period from autumn 1915 to spring 1916. Since this was a time of extreme domestic political controversy and recurring crises with Mexico and Germany, the volume has no single theme. Mr. Link describes fully the negotiation of the House-Grey memorandum and European reaction to it; the armed ship controversy; the Sussex crisis; and the events that nearly led to war with Mexico in 1916. Materials found in German, British, and French archives and manuscript collections are used, as well as from American sources.