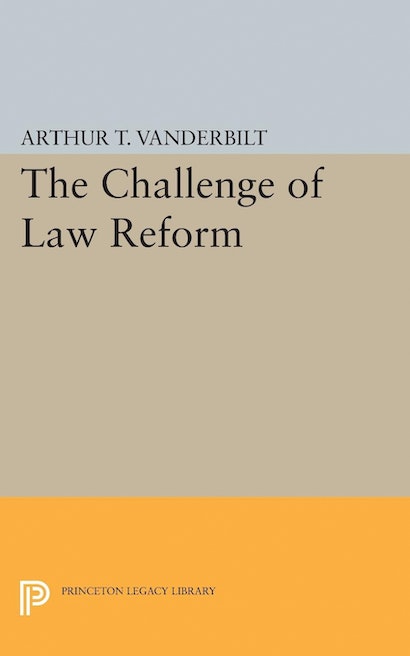 Major crimes in the United States reached an all-time high in 1954, exceeding the two-million mark for the third successive year. In spite of such groups as the famous Kefauver Committee, organized crime continues to entrench itself in the cities. Meanwhile, amid public apathy, the court calendars grow longer and justice is delayed. Thousands of new laws are passed each year, often without proper study, so that no lawyer today can achieve real mastery of even one major branch of his profession. In this little book, literally a challenge, Chief Justice Vanderbilt speaks out against these situations and abuses. Drawing on his experience as Chief Justice under the reformed court system provided by the 1947 New Jersey Constitution, he explains the need for reform, the importance of judicial administration, the problems of selecting judges and jurors, and the importance of legal procedure. In the matter of law reform he has long been known as a leader and fighter. In his book, originally delivered as the White Lectures at the University of Virginia Law School, he asks his readers to meet the challenge of law reform.