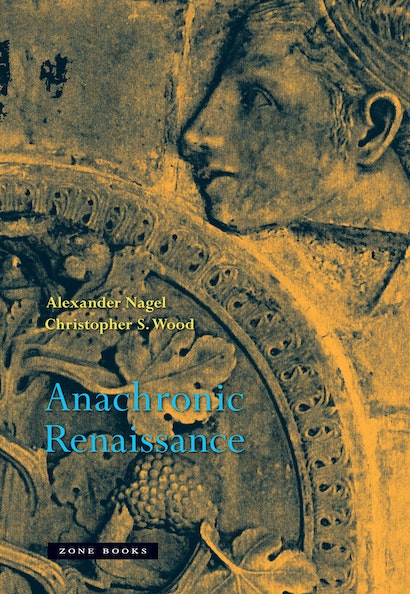 In this widely anticipated book, two leading contemporary art historians present a stunning reconsideration of the problem of time in the Renaissance. With intellectual brilliance, Alexander Nagel and Christopher S. Wood reexamine the meanings, uses, and effects of chronologies, models of temporality, and notions of originality and repetition in Renaissance images and artifacts.

Anachronic Renaissance reveals a web of paths traveled by works and artists, a landscape obscured by art history’s disciplinary compulsion to anchor its data securely in time. The buildings, paintings, drawings, prints, sculptures, and medals addressed in this book were shaped by concerns about authenticity, about reference to prestigious origins and precedents, and about the implications of transposition from one medium to another. Byzantine icons taken to be early Christian antiquities, the acheiropoeton or image made without hands, the activities of spoliation and citation, differing approaches to art restoration, legends about movable buildings, and forgeries and pastiches: all of these emerge as basic conceptual structures of Renaissance art. The authors show how the complex and layered temporalities of images offered a counterpoint to the linear chronologies that increasingly structured commerce, politics, travel, and everyday life in the fourteenth and fifteenth centuries.

While a work of art does bear witness to the moment of its fabrication, Nagel and Wood argue that it is equally important to understand its temporal instability: how it points away from that moment, backward to a remote ancestral origin, to a prior artifact or image, even to an origin outside of time, in divinity. The authors conclude with an analysis of Roman episodes and projects of the decades around 1500, culminating in Raphael’s Stanza della Segnatura. This book is not the story about the Renaissance, nor is it just a story. It imagines the infrastructure of many possible stories. Clearly, Anachronic Renaissance will be essential reading for historians of Western art and all those concerned with the historiography of material culture. 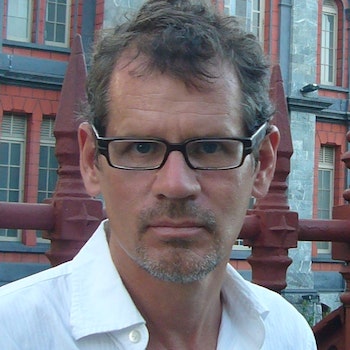 "Anachronic Renaissance is a book so rich, challenging, and stimulating that every critique runs the risk of appearing as nitpicking. . . . In its intellectual ambitions … [it] seeks to reconceptualize nothing less than the idea of Renaissance art, north and south of the Alps. It is a fascinating, learned, and honest invitation to discussion, a must not only for Renaissance scholars."—Frank Fehrenbach, CAA Reviews

"Nagel and Wood have written an atlas to an unknown Renaissance. In place of the pageant of genius after genius, familiar from Vasari on, they reveal an unfamiliar landscape, crowded with eccentric talents and forgotten genres. Their pages give ample scope to what, in other histories, would be confined to the footnotes: micro-mosaics, miraculous images, flying houses and forgeries of non-existent paintings."—Jacob Mikanowski, Bookslut

"Within a work of art a multiplicity of times can coexist in such a way as to produce a disorienting effect in its audience. How is this in evidence in works of Renaissance art? How do they confront the great changes introduced by printing, which renders images reproducible? How is it that references to different periods enter into the heart of a work, such as to become almost a manifesto of a poetics, expressions of a whole conception of the work of art and of its history? And what are the boundaries between copy, fake, and citation? These are the central themes of a fascinating and difficult book, which demands from its reader a commitment that it does not disappoint."—Lina Bolzoni, Il Sole 24 Ore

"The main contribution of Anachronic Renaissance remains its strong challenge to the continued dominance of ‘style’ in art history, as the evidentiary mark of artist and period alike. In one sense, then, the book is a continuation of the postmodernist critique of ‘the author’ in the very field where such categories were first made central. But it is also a critique of the new default of the discipline, a social history of art that often lapses into mechanical studies of ‘context’ with little concern for class and even less for art."—Hal Foster, London Review of Books