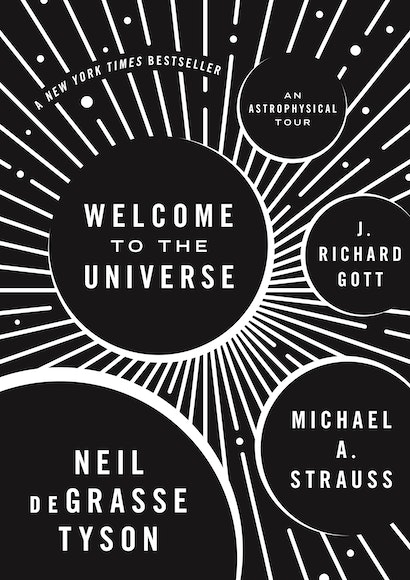 Welcome to the Universe
Available in 2 editions
Buy This 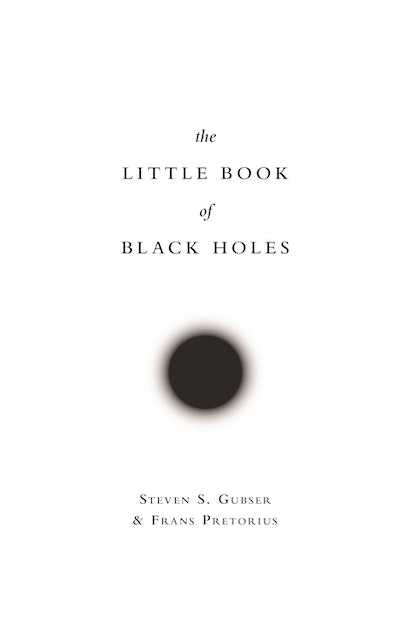 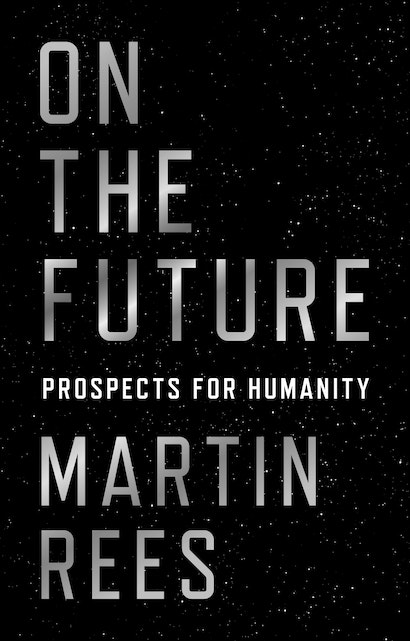 On the Future
Available in 2 editions
Buy This 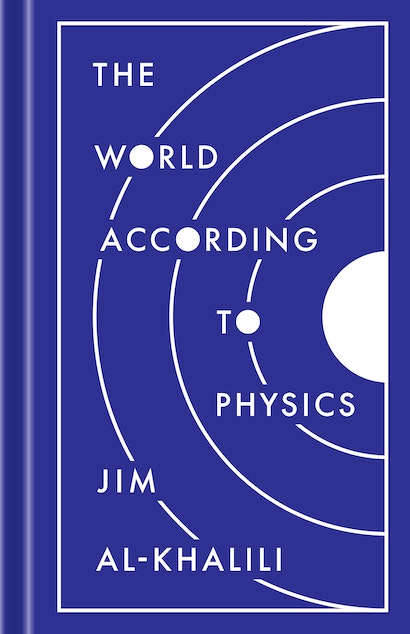 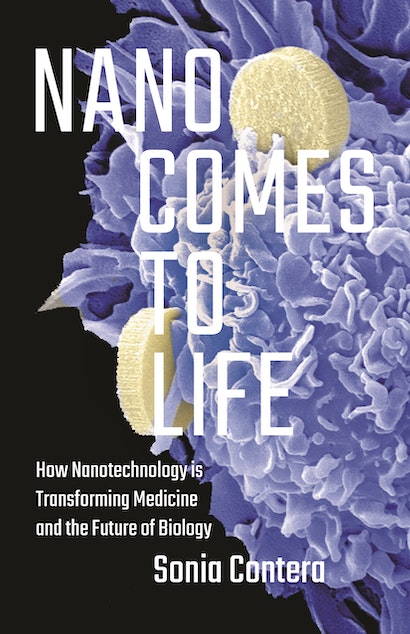 Nano Comes to Life
Available in 3 editions
Buy This 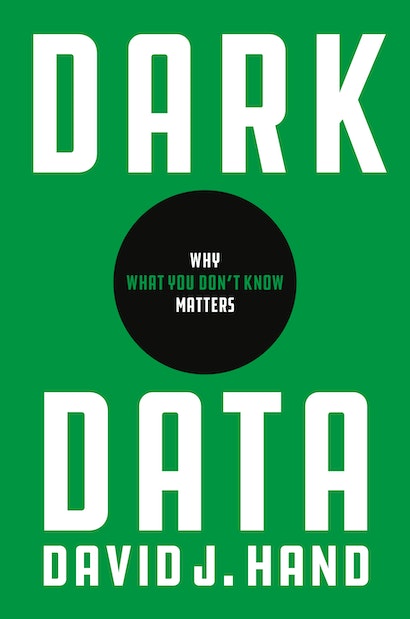 Not long ago, I read an article in Scientific American about the power of words and how language shapes the brain. The article, written by a young Japanese postdoc in neuroscience, begins by invoking the Japanese word, kotodama, which can be translated to mean, literally, “word spirit.” Kotodama is the idea that “words have an almost magical power to alter physical reality.” Over the centuries, the author says, the idea that there is power in language began to interest scientists, “ultimately leading to the discovery that language can indeed affect the physical world, for example, by altering our physiology.”  As neuroscientists revealed, language can “shape the physical structures of our brains.” The exercise of learning and using language causes neurons to fire and wire together, and the ways in which our brains develop as a result of continued language-related input shapes our perception and experience of the world.

Being in publishing, I couldn’t help but relate this beautiful idea to what I do for a living – commissioning and publishing new science books… I thought, what a wonderful conceptual touchstone for our publishing – the idea that books have the power to alter physical reality.  Living as we are in a world of information overload, polarized and siloed viewpoints, fake news and distrust of science, I often find myself wishing and wondering how to change this reality. I keep coming back to the same answer – one which is likely not surprising, coming from a publisher:  books. The words in books, the information in words, the meaning and knowledge in that information… They change the way we think, the way we perceive and experience the world, the way we talk to and treat each other, the way we make decisions, and the choices we make. They change our reality and change the world. And yet, certain books have more of that “magical” power than others. How are books, and the words within them, imbued with this power to change minds, change conversations, change the world – this kotodama?

In late 2012, I moved to PUP’s European office (which is now celebrating its 20th anniversary), having spent the previous decade or so in PUP’s US office. And though we publish books in every genre at PUP – from major textbooks to scholarly monographs to books for lay readers – I found myself ruminating more and more often on the question of what types of authors and books have the power to engage readers deeply with topics in science, but also are accessible and compelling enough to appeal to readers across a broad spectrum of varied backgrounds. Perhaps because I was a transplant, perhaps because of my discomfort with the way the world has evolved between then and now, I felt driven to seek out authors who could write books about science that would have the power to appeal to and evolve the minds of a wide range of lay readers – here, there, and everywhere. Readers might think I’m being a bit presumptuous by assuming that everyone’s minds need evolving. Perhaps so, but I’m afraid I do think all of our minds need evolving – my own most of all, which is why I got into this business of books in the first place. The alternative to intellectual dynamism is intellectual stasis. As you can see, books really are a matter of life and death to a publisher.

At PUP, publishing science books for a broader readership (trade science publishing) has historically meant publishing intensely intellectually engaging “deep science” trade books – that is, books that dive deep into a particular, exciting research area and that are written by eminent scientists.  I’m enormously proud of books we’ve published that are of this type – from Neil deGrasse Tyson, J. Richard Gott, and Michael Strauss’s substantial Welcome to the Universe to Steven Gubser and Frans Pretorius’s pithy The Little Book of Black Holes, to everything in between and more than I can possibly mention here.  However, these books are unabashedly written for the initiated – readers whose minds are already pretty well-primed with exposure to scientific ideas and who can thus handle a challenging and sophisticated exploration of a particular discipline or research topic. Princeton trade science books typically are known for delivering deeper knowledge to readers who often already read articles and books about science.  And, they are appreciated for doing that.

But, what about the uninitiated? What about intelligent readers with more interdisciplinary or diffuse interests who would appreciate being invited into “the conversation” about science and possibly then might take further steps into the world of more sophisticated trade science literature? I confess that I have a particular affinity for the uninitiated, as a former student of English literature who, once upon a time, took the seemingly radical step of swerving into the world of science publishing and focusing on physics. Such readers (like my former self and, if we’re all honest, all of us at some point in time and space) need books that start from basic principles and concepts, not assuming deep exposure to particular scientific disciplines or ideas – but still respecting one’s intelligence and offering insight that can evolve one’s mind.

When thinking about commissioning new trade science books for such readers, I’ve found that it’s helpful to apply a guiding principle, one that I’ve borrowed and adapted from the mode of physics inquiry. In physics, there is a constant quest for profound simplicity – for ever simpler and more foundational principles that accurately explain the natural world we see around us. Translated into trade science book publishing, my mode of commissioning is to find simple yet profound books (“as simple as possible, but no simpler,” as Einstein would say) that accurately describe the nature of the world as revealed by scientific endeavor. My sense is that books on science that achieve an ideal balance of simplicity and depth have the power to appeal across national borders, disciplinary divides, variations of background.  Such books have kotodama – the power to evolve minds, and in turn to change our reality.

At the end of this year, our European office will celebrate its 20th anniversary. And, as part of the lead-up to this important milestone, I was asked to share my thoughts on a few books that I’ve commissioned or published since being on this side of the pond “that I am proud of.” This is a big ask, because I’m proud of all the books we’ve published… However, my long prelude to this shortlist provides some background and rationale for my selection of the following few books. These books were commissioned in my search for profound simplicity, depth, and accessibility – for kotodama in science publishing.

The first book I’ll mention is by Lord Martin Rees, titled simply On the Future: Prospects for Humanity – a short book by one of the most important scientists of our time that is written to captivate anyone who wants to understand the critical issues that will define the future of humankind on Earth and beyond.

Another is a book by Jim Al-Khalili, The World According to Physics, which will be coming out this Spring 2020. Shining a light on the most important ideas and questions revealed by modern physics, and short enough to read in a few sittings (as is Rees’s book above), Jim Al-Khalili invites us all to understand what physics tells us about the nature of reality and why understanding physics is crucial to a modern worldview.

Yet another book I’m very excited about is the forthcoming book by Sonia Contera, Nano Comes to Life: How Nanotechnology is Transforming Medicine and the Future of Biology, a short book by a leading biophysicist (and one of few women in physics) who tells us about the transformational impact that nanoscience and nanotechnology are having on biology, medicine, and ultimately our health and longevity.

And lastly, I’m really looking forward to publishing David Hand’s book on the “Achilles heel of data science,” Dark Data: Why What You Don’t Know Matters, which teaches us to be clear-eyed about what we don’t know and how to make better decisions as a result.

In publishing these books and others, I’m very hopeful that they invite readers around the world to be honest about what one doesn’t know, to ask questions about and explore new ideas that may be radically unfamiliar, to evolve the way one thinks and interacts with the world and other people – and so to imbue oneself with the spirit of words and the power to change our world.  At PUP, we have a vision of publishing books that help readers to take their first steps into the world of ideas and empower readers to climb as high as they wish, using books like the rungs of an infinite ladder.  It is a creative challenge to imagine, write, and publish simple, yet deeply profound books on science.  But, I think that this challenge is one that is ever more important to embrace – by everyone who has a hand in contributing to the world of books and ideas.  The best minds should challenge themselves to convey important themes and insights in a way that invites readers into conversation.  And we publishers should do our utmost to encourage such books into being.  In this way, we can be guided to evolve our publishing, to ensure the freshness and broad relevance of our books – and to help the powerful spirit of ideas within them change the world.