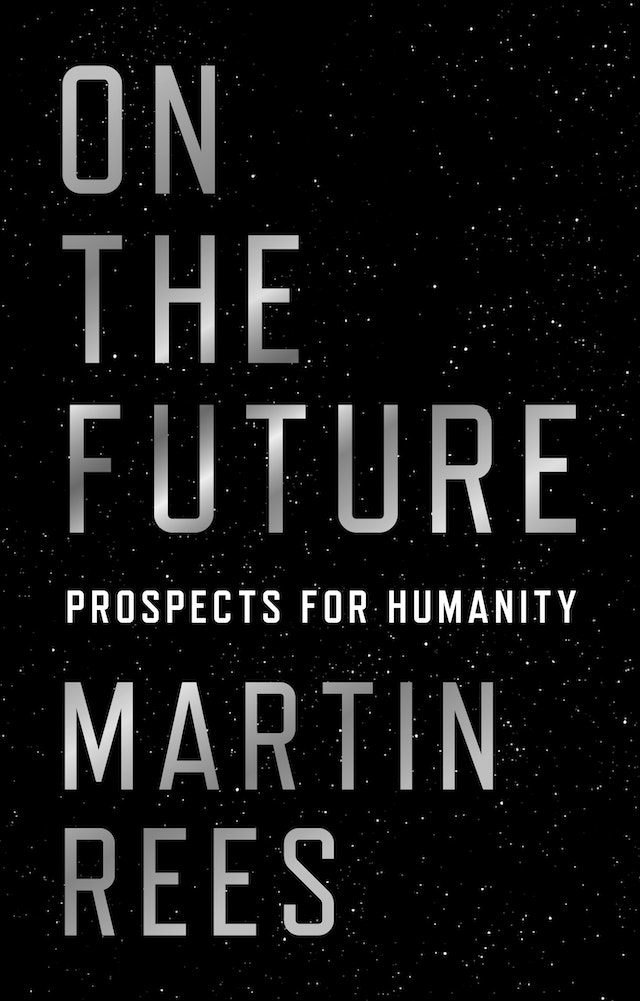 Martin Rees is Astronomer Royal, and has been Master of Trinity College and Director of the Institute of Astronomy at Cambridge University. As a member of the UK’s House of Lords and former President of the Royal Society, he is much involved in international science and issues of technological risk. His books include Our Cosmic Habitat (Princeton), Just Six Numbers, and Our Final Hour (published in the UK as Our Final Century). He lives in Cambridge, UK. Twitter @lordmartinrees 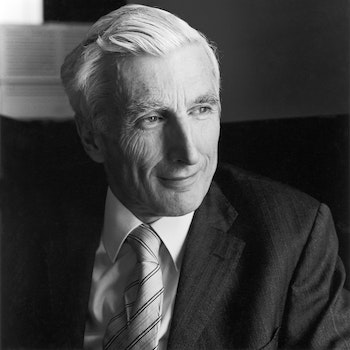 "On the Future, by a leading senior scientist and written in a charming and crystalline style, provides the kind of wisdom humanity most needs to make our way on through the twenty-first century."—Edward O. Wilson, professor emeritus, Harvard University

“Curious about the future? Here, one of the world’s most eminent scientists takes you through what will happen and why. On the Future is excellent!”—Eric Schmidt, former executive chairman of Google

“From climate change to biotech to artificial intelligence, science sits at the center of nearly all decisions that civilization confronts to assure its own survival. Martin Rees has created a primer on these issues, and what we can do about them, so that the next generation will think of us not as reckless custodians of their inheritance, but as brilliant shepherds of their birthright.”—Neil deGrasse Tyson, coauthor of Welcome to the Universe

"Martin Rees offers a compelling vision of our future—on Earth and in space."—Elon Musk, founder, CEO, and CTO of SpaceX and cofounder and CEO of Tesla Motors

“Prophecy may be a lost art, but I can think of no better way to envision what lies ahead than this book—a multidimensional meditation by one of our most distinguished and wise scientific minds on where we are headed and what we can do to right the ship of our civilization. In a time when it is hard to find a dream of the future that is not dystopian, Martin Rees sees and writes with rigor, clarity, and hope.”—Ann Druyan, writer, producer, and director of Cosmos

“On the Future is a very important book that should be widely read and acted upon. Martin Rees combines his deep scientific insights and compassion for humanity’s welfare to address, in clear and elegant prose, the major issues facing human civilization today, some of which are not now commonly considered. Whether or not you agree with all the points he makes, you must take them very seriously indeed.”—Roger Penrose, author of Fashion, Faith, and Fantasy in the New Physics of the Universe

"An engaging analysis of the most important issues facing the world, sprinkled with insight and suffused with wisdom and humanity."—Steven Pinker, author of Enlightenment Now

“Are we heading for a utopian or dystopian future? Martin Rees believes it’s down to us. But the one thing we must not do is put the brakes on technology. Science, applied wisely, offers humanity a bright future, but we must act now. In this visionary book, and despite his many fears, Rees adopts a refreshing and cautiously optimistic tone.”—Jim Al-Khalili, author of Paradox: The Nine Greatest Enigmas in Physics

“A breathtaking journey through thrilling advances in science and technology that may address society’s most vexing challenges, On the Future is ideal reading for all citizens of the twenty-first century."—Marcia K. McNutt, president of the National Academy of Sciences

"What if we got one of the smartest people alive to figure the odds on how we might be able to survive our ability to do ourselves in? We have that person in Martin Rees, and his thoughtful answers in this book."—Alan Alda

“As Yogi Berra said, ‘It’s tough to make predictions, especially about the future.’ But in this readable and thought-provoking book, Martin Rees shows the challenges we and our planet face—and why scientists need to engage citizens in the choices that are made.”—Shirley M. Malcom, director of education and human resources programs at the American Association for the Advancement of Science

“For anyone who wants to consider the choices we have in our future and the implications of those choices, this is the book to read. Rees is a clear thinker and graceful writer, and he expresses an encouraging optimism about the future, if we can avoid some of our current species-limiting behaviors. Rees’s projections are grounded in today’s scientific knowledge and a scientist’s sense of probability and presented with a deep sense of humility.”—Rush D. Holt, CEO of the American Association for the Advancement of Science and former U.S. Representative from New Jersey

“On the Future is a delightful intellectual treat and a must-read for everyone on Earth—and beyond, if aliens exist. With wisdom and originality, Martin Rees, our most accomplished living astronomer, addresses the most important of subjects—the future of humanity and the scientific advances and risks it brings. His deep personal insights are unique and exciting and his many anecdotes are enjoyable. I couldn’t put it down.”—Abraham Loeb, Harvard University

“In this outstanding book, the always brilliant Martin Rees addresses the key problems of our day, putting humanity’s perils and prospects in perspective—from climate change, to the future of artificial intelligence, to the threat of bioterrorism, to the chance for future space adventurers to spread out into the universe. Rees is one of the deepest and clearest thinkers on these subjects, and his book sparkles with gems of insight and humor.”—J. Richard Gott, coauthor of Welcome to the Universe

“In this short and mighty book, Rees grapples with the exhilarating promise and frightening possibilities of today’s vast scientific advancements, situating himself somewhere between the techno-optimists and dystopian naysayers. On the Future provides tremendous insight into science’s great expanse and beseeches us all to get involved and advocate for long-term policies that will keep future generations safe. The future of humanity and the planet rests in our hands.”—Rachel Bronson, president and CEO of the Bulletin of the Atomic Scientists

“On the Future will captivate readers. Martin Rees stands at the top of our informed thinkers about futurology.”—Pedro G. Ferreira, author of The Perfect Theory: A Century of Geniuses and the Battle over General Relativity

"This inspiring and thought-provoking book by one of the world's leading scientists and visionaries is a must-read for anyone who cares about the future of humanity."—Max Tegmark, author of Life 3.0: Being Human in the Age of Artificial Intelligence

“Our planet is in peril—and humanity needs huge doses of wisdom to save it. Fortunately, one man, Martin Rees, can provide it. This book is a must-read for all who care about our planet’s future.”—Kishore Mahbubani, author of Has the West Lost It?

“Martin Rees’s book is a vital compass to help us navigate the future, an enthralling love letter to knowledge and rationality, and a call to arms for those of us who dare to hope for the best.”—David Puttnam, film producer and educator

"Martin Rees's On the Future is a template of hope that offers practical scientific, social, and political solutions for avoiding man-made disasters that could devastate our species.”—Michael Wilson, film producer