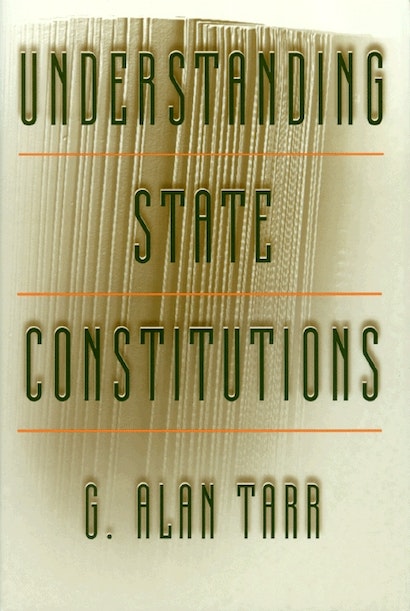 For many Americans, the word “constitution” means just one thing: the national Constitution. According to a recent survey, almost half do not know that individual states also have constitutions. Scholars have also paid little attention to state constitutions, favoring the apparently more dynamic and significant federal scene. G. Alan Tarr seeks to change that in this landmark book. A leading authority on state legal issues, he combines history, law, and political science to present a thorough and long-needed account of the distinct and important role of state constitutions in American life.

G. Alan Tarr is Director of the Center for State Constitutional Studies and Distinguished Professor of Political Science at Rutgers University at Camden. He is the author or editor of seven books, including Constitutional Politics in the States, Judicial Process and Judicial Policymaking, and State Supreme Courts in State and Nation.

"Essential reading to those interested in state constitutionalism, but more ambitiously it also serves as an introduction and invitation to those who may not have paid adequate attention to the states. . . . It offers an excellent starting place. . . . The book should be at the center of a revival of interest in federalism and the states."—Keith E. Whittington, The Law and Politics Book Review

"A much-needed, concise book that fills the vacuum created by a scholarly focus on the federal Constitution. . . . [The book] provides extensive information for scholars who choose to follow Tarr's lead."—Barry Pyle, Perspectives on Political Science

"[Tarr] successfully reviews constitutional development in all 50 states—a daunting task considering that most states have had a number of constitutions. . . . This examination is a must read for students of state politics and policy."—Choice