Nobel Prize–winning physicist Roger Penrose questions some of the most fashionable ideas in physics today, including string theory 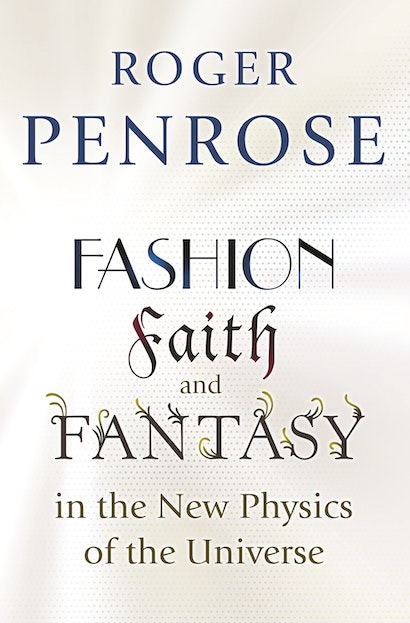 What can fashionable ideas, blind faith, or pure fantasy possibly have to do with the scientific quest to understand the universe? Surely, theoretical physicists are immune to mere trends, dogmatic beliefs, or flights of fancy? In fact, acclaimed physicist and bestselling author Roger Penrose argues that researchers working at the extreme frontiers of physics are just as susceptible to these forces as anyone else. In this provocative book, he argues that fashion, faith, and fantasy, while sometimes productive and even essential in physics, may be leading today’s researchers astray in three of the field’s most important areas—string theory, quantum mechanics, and cosmology.

Arguing that string theory has veered away from physical reality by positing six extra hidden dimensions, Penrose cautions that the fashionable nature of a theory can cloud our judgment of its plausibility. In the case of quantum mechanics, its stunning success in explaining the atomic universe has led to an uncritical faith that it must also apply to reasonably massive objects, and Penrose responds by suggesting possible changes in quantum theory. Turning to cosmology, he argues that most of the current fantastical ideas about the origins of the universe cannot be true, but that an even wilder reality may lie behind them. Finally, Penrose describes how fashion, faith, and fantasy have ironically also shaped his own work, from twistor theory, a possible alternative to string theory that is beginning to acquire a fashionable status, to “conformal cyclic cosmology,” an idea so fantastic that it could be called “conformal crazy cosmology.”

The result is an important critique of some of the most significant developments in physics today from one of its most eminent figures.

Roger Penrose, one the world's foremost theoretical physicists, has won numerous prizes, including the Nobel Prize and the Albert Einstein Medal, for his fundamental contributions to general relativity and cosmology. He is the bestselling author, with Stephen Hawking, of The Nature of Space and Time (Princeton). Penrose's other books include Cycles of Time: An Extraordinary New View of the Universe and The Road to Reality: A Complete Guide to the Laws of the Universe (both Vintage). He is the Rouse Ball Professor of Mathematics Emeritus at the University of Oxford and lives in Oxford, England. 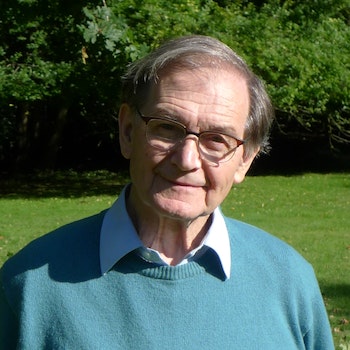 "Physics has been at an awkward impasse for the past century. Two theories—quantum mechanics and general relativity—are widely believed to be true. . . . But they contradict each other in basic ways—they cannot both be entirely true. In Fashion, Faith, and Fantasy in the New Physics of the Universe . . . Roger Penrose, an elder statesman of physics, considers the problem. As intellectually offbeat as he is eminent . . . He ventures here some novel ways in which the two theories might be reconciled."—Wall Street Journal

"Penrose gets to the heart of modern physics' problem with subjectivity in this insightful and provocative pop-sci title. . . . [A] rewarding discussion of scientific stumbles in the search for truth."—Publishers Weekly

"An extremely original, rich, and thoughtful survey of today's most fashionable attempts to decipher the cosmos on its smallest and largest scales."—Science

"I can't recommend [Fashion, Faith, and Fantasy in the New Physics of the Universe] too highly to anyone with a serious interest in fundamental questions about physics."—Peter Woit, Not Even Wrong

"In standing outside the fray and criticising the central dogmas of fundamental physics, Penrose is playing the role of Einstein, who forced quantum theorists to defend and hone their ideas, and Sir Fred Hoyle, who persistently challenged Big Bang theorists to sharpen their ideas. This is an extremely important role, and long may Penrose fulfill it."—Times Higher Education

"[A] beautifully produced, beautifully laid-out and diagrammed book. . . . There is possibly no better or more original expositor than Penrose to draw from. If modern physics theory is of interest to you, you certainly won't want to ignore this book."—Math Frolic

"The book is replete with phenomenal visual representations of the physics under discussion, a reminder of Penrose's ability to see and describe physics in a unique way. . . . Ultimately, what is most valuable about the book is the excellent example he offers in how to ask questions."—Chanda Prescod-Weinstein, Physics World

"Something is rotten in the state of physics. . . . The eminent mathematician and physicist Roger Penrose identifies several possible sources of the rot. . . . He is not one to be intimidated by an overwhelming majority, no matter how illustrious and vocal it is. He sets out his objections politely and with exemplary patience towards the keepers of physics orthodoxy. . . . Time will tell whether any of his judgments are correct. In the meantime, his critics would do well to remember George Bernard Shaw's warning: ‘The minority is sometimes right; the majority is always wrong.'"—Graham Farmelo, The Guardian

"A valuable insight into what one of the most prominent theoretical physicists of recent times makes of reality's relationship to ideas in quantum theory, standard cosmology, and theories that pretend to replace them."—Richard Webb, New Scientist

"The strength of this book is how the reader can appreciate science as a human undertaking."—Choice

"The most important thing is not exactly what he writes about string theory, cosmology and quantum mechanics in his latest book . . . but that a book so wide and deep in its erudition could be written at all. If his successors cannot do the same, science will be all the poorer."—Philip Ball, Prospect

"There are valuable perspectives given by Penrose that only someone of his stature in the physics community can offer, and that should be taken seriously."—Steven Ball, Perspectives on Science and Christian Faith

"This gem of a book is vintage Roger Penrose: eloquently argued and deeply original on every page. His perspective on the present crisis and future promise of physics and cosmology provides an important corrective to fashionable thinking at this crucial moment in science. This book deserves the widest possible hearing among specialists and the public alike."—Lee Smolin, author of Time Reborn: From the Crisis in Physics to the Future of the Universe

Professor Penrose in conversation with Howard Burton in London

Professor Penrose presents his book at the University of Oslo, Norway

Professor Penrose presents his book at the Royal Institution, London