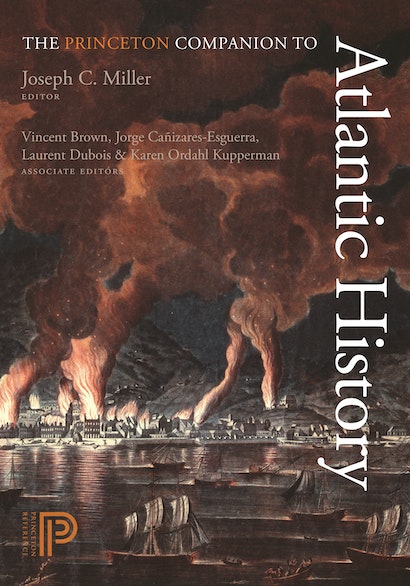 Between the fifteenth and nineteenth centuries, the connections among Africa, the Americas, and Europe transformed world history—through maritime exploration, commercial engagements, human migrations and settlements, political realignments and upheavals, cultural exchanges, and more. This book, the first encyclopedic reference work on Atlantic history, takes an integrated, multicontinental approach that emphasizes the dynamics of change and the perspectives and motivations of the peoples who made it happen. The entries—all specially commissioned for this volume from an international team of leading scholars—synthesize the latest scholarship on central themes, including economics, migration, politics, war, technologies and science, the physical environment, and culture.

This is an indispensable resource for students, researchers, and scholars in a range of fields, from early American, African, Latin American, and European history to the histories of economics, religion, and science.

"Designed for scholars and advanced students, this encyclopedic is the first on Atlantic history, a historical perspective for understanding the interactions of people, events, and natural phenomena of the Atlantic Ocean region from the mid-15th century through the mid-19th century."—Choice

"Predominantly historical, interlaced with anthropology and economics, this is a very useful book that one will be able to dip into in those odd moments and come out much better informed."—Stewart Rayment, Liberator

"The other Princeton books I have reviewed recently have been superbly made and this volume is no exception. . . . For the right audience, those who have a sufficient grounding in the subject, it will earn its keep."—John George Kendall, Reference Reviews

"The Princeton Companion to Atlantic History is a helpful guide to the rich scholarship that has emerged in the field of Atlantic history and reflects the field's diversity and variety. The volume makes abundantly clear that Atlantic world historians and scholars are not simply rehashing old-style ‘colonial' histories in repackaged form. There is a lot of exciting and intellectually stimulating work being done as the field continues to evolve."—Abigail L. Swingen, Journal of Southern History

"Companion to Atlantic History lives up to the promise of its title, offering its readers not only an intelligently structured and comprehensive work of reference, but a clear sense of the continuing conversation across geographical boundaries, chronological periods, and scholarly generations which stands at the heart of the enterprise known as Atlantic history."—Natalie Zacek, New West Indian Guide