A treasure-trove of illuminating and entertaining quotations from beloved physicist Richard P. Feynman 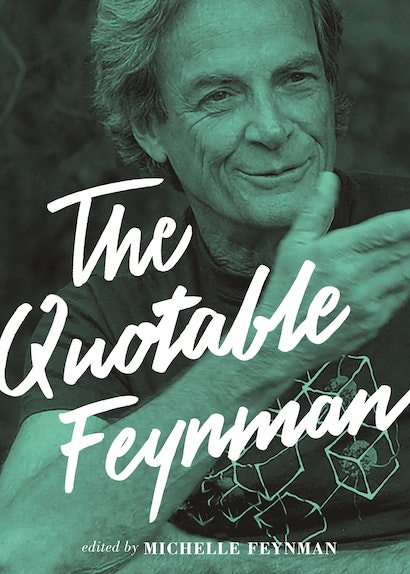 Nobel Prize–winning physicist Richard P. Feynman (1918–88) was that rarest of creatures—a towering scientific genius who could make himself understood by anyone and who became as famous for the wit and wisdom of his popular lectures and writings as for his fundamental contributions to science. The Quotable Feynman is a treasure-trove of this revered and beloved scientist’s most profound, provocative, humorous, and memorable quotations on a wide range of subjects.

Carefully selected by Richard Feynman’s daughter, Michelle Feynman, from his spoken and written legacy, including interviews, lectures, letters, articles, and books, the quotations are arranged under two dozen topics—from art, childhood, discovery, family, imagination, and humor to mathematics, politics, science, religion, and uncertainty. These brief passages—about 500 in all—vividly demonstrate Feynman’s astonishing yet playful intelligence, and his almost constitutional inability to be anything other than unconventional, engaging, and inspiring. The result is a unique, illuminating, and enjoyable portrait of Feynman’s life and thought that will be cherished by his fans at the same time that it provides an ideal introduction to Feynman for readers new to this intriguing and important thinker.

The book features a foreword in which physicist Brian Cox pays tribute to Feynman and describes how his words reveal his particular genius, a piece in which cellist Yo-Yo Ma shares his memories of Feynman and reflects on his enduring appeal, and a personal preface by Michelle Feynman. It also includes some previously unpublished quotations, a chronology of Richard Feynman’s life, some twenty photos of Feynman, and a section of memorable quotations about Feynman from other notable figures. 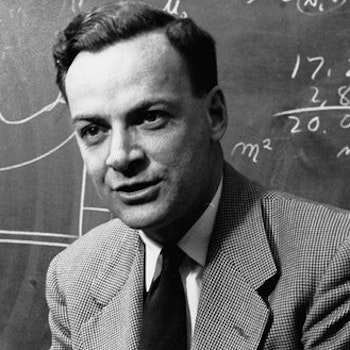 "Feynman's depth and zing leap from the page."—Nature

"[Richard Feynman] combined scientific genius with regular-guy language. . . . Now his daughter, Michelle Feynman—born three years after he received the Nobel in 1965—has edited a collection of quotes from his voluminous output of books, lectures, essays, articles and scientific papers."—Washington Post

"So much has been said by and about the charismatic physicist Richard Feynman that it is no surprise to find that his witticisms fill a book nearly 400 pages long. . . A fun present for any Feynman fanboys and fangirls in your life."—Physics World

"[Feynman] was, after all, a Nobel Prize winning scientist, yet he wrote often with great lucidity and humor, much of which is on display in this collection."—Acadiana LifeStyle

"Feynman, who was curiosity itself in human form, can ignite our own craving to know like no one else. For those who haven't met him yet, you've just struck gold. Open these pages and enjoy the company of one of nature's most marvelous minds."—Alan Alda

"Everybody who met Richard Feynman has a Feynman story and it's almost always a good one. But here is what we really want—the thoughts and confessions and insights and jokes and warnings from the man himself, all in his own inimitable voice."—Christopher Sykes, producer of the BBC's The Pleasure of Finding Things Out

"All evidence indicates that Richard Feynman was the most quotable physicist of all time. This collection is a vivid demonstration of his wit, wisdom, and unquenchable passion for finding things out."—Sean Carroll, Caltech

"This unique book provides inspiring insights into the ideas and personality of Richard Feynman. These thoughtfully chosen quotations capture the genuine Feynman, giving a broader view of his character, ideas, and charm than most other biographical material that has been published. The book will be interesting to a wide audience and I expect to reread it with pleasure in the future."—Danny Hillis, cofounder of Applied Minds and author of The Pattern on the Stone: The Simple Ideas That Make Computers Work

"As this enjoyable and important book shows, Richard Feynman's lucidity lent itself to pithy quotes of substance. His voice will remain influential for many years to come."—Jeffrey Forshaw, coauthor of The Quantum Universe and Why Does E=mc2?