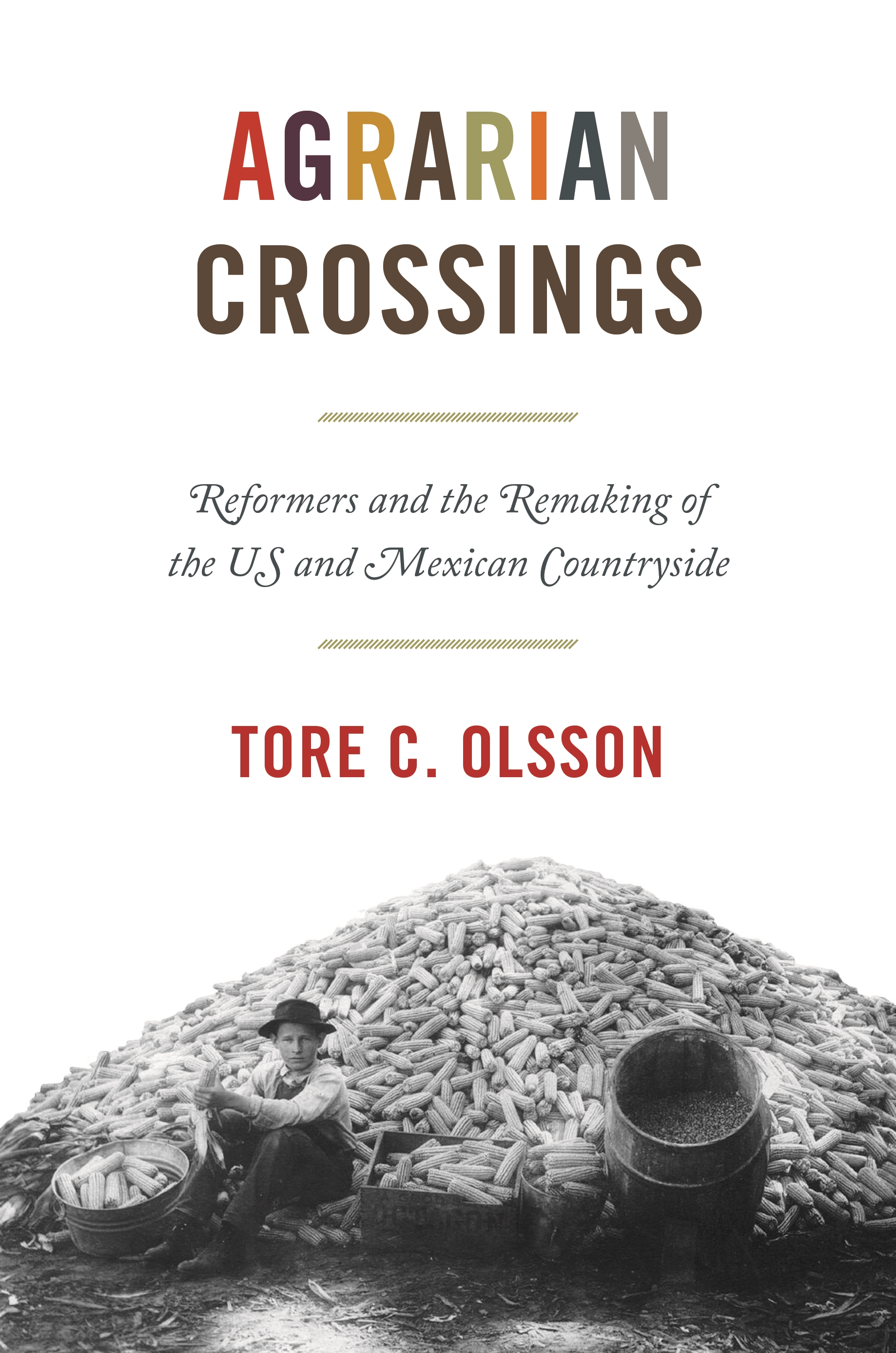 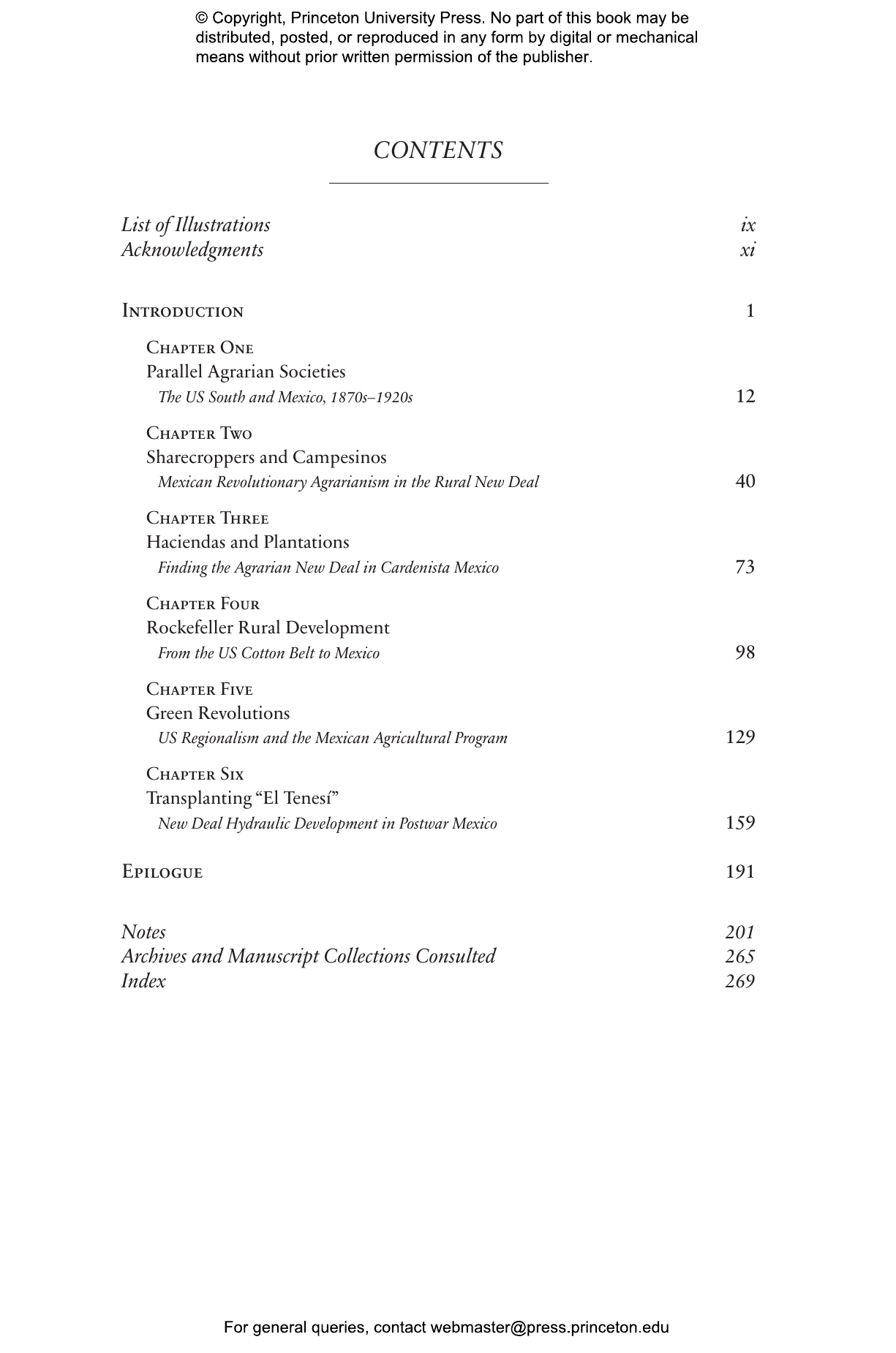 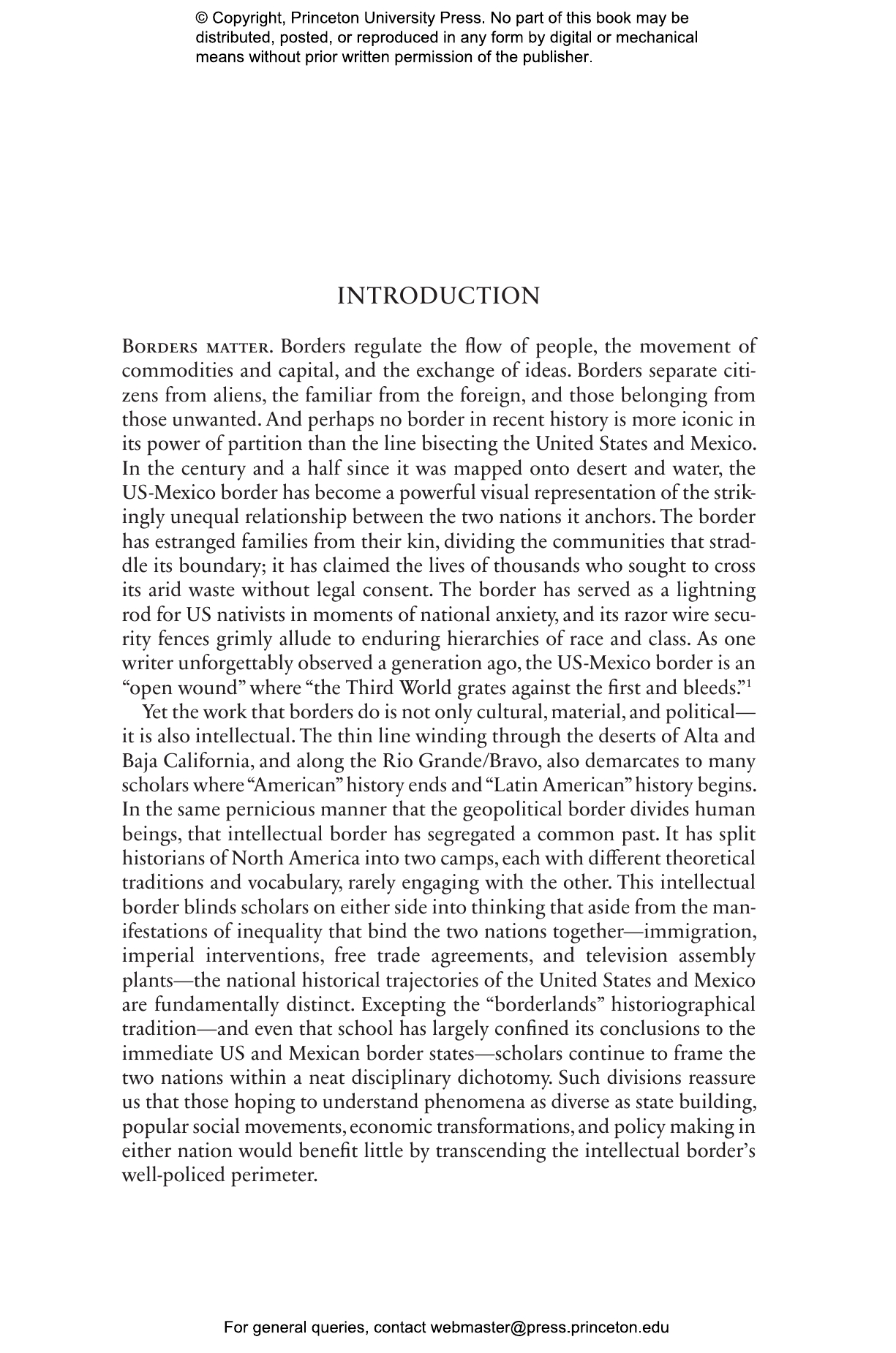 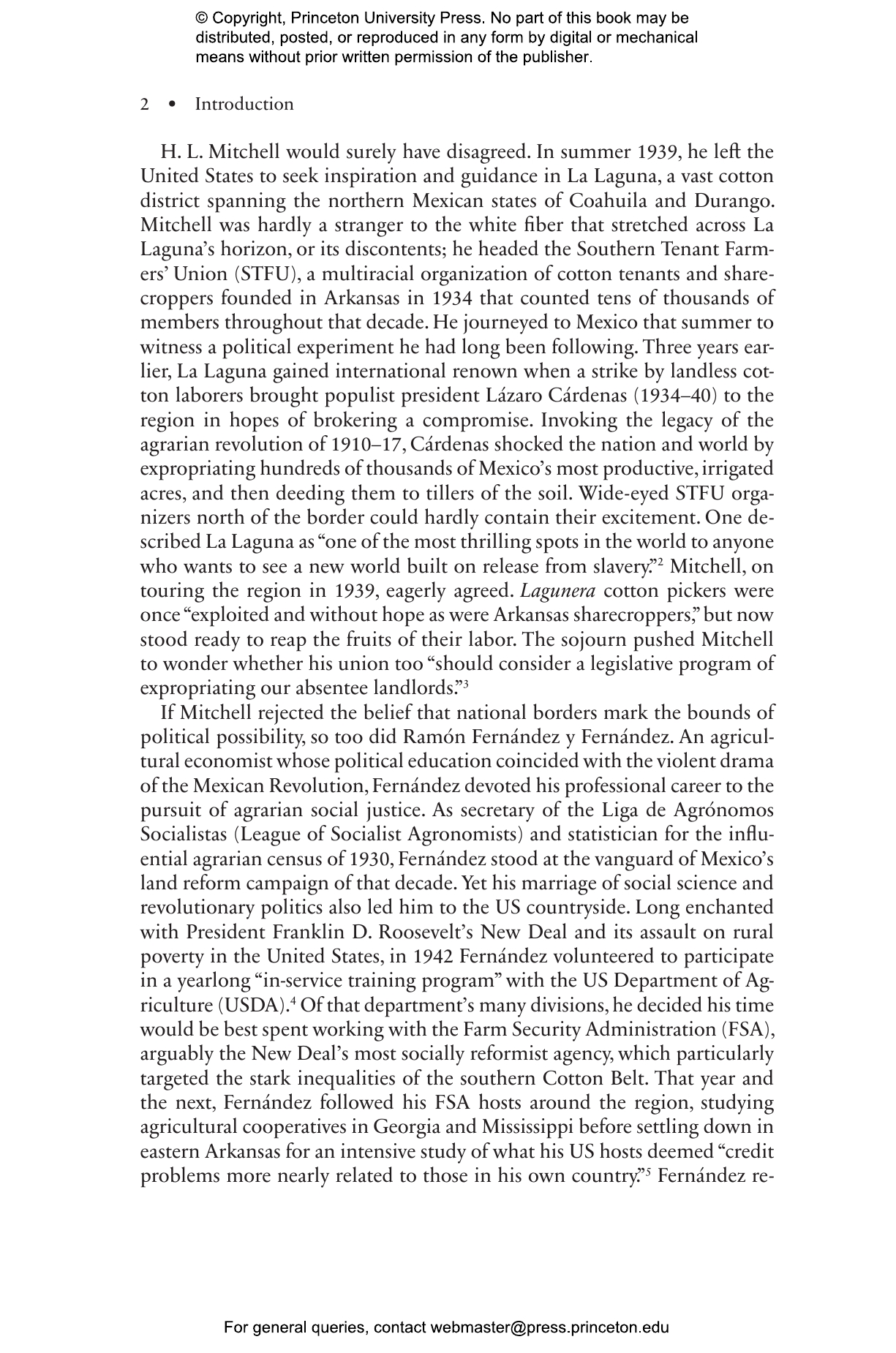 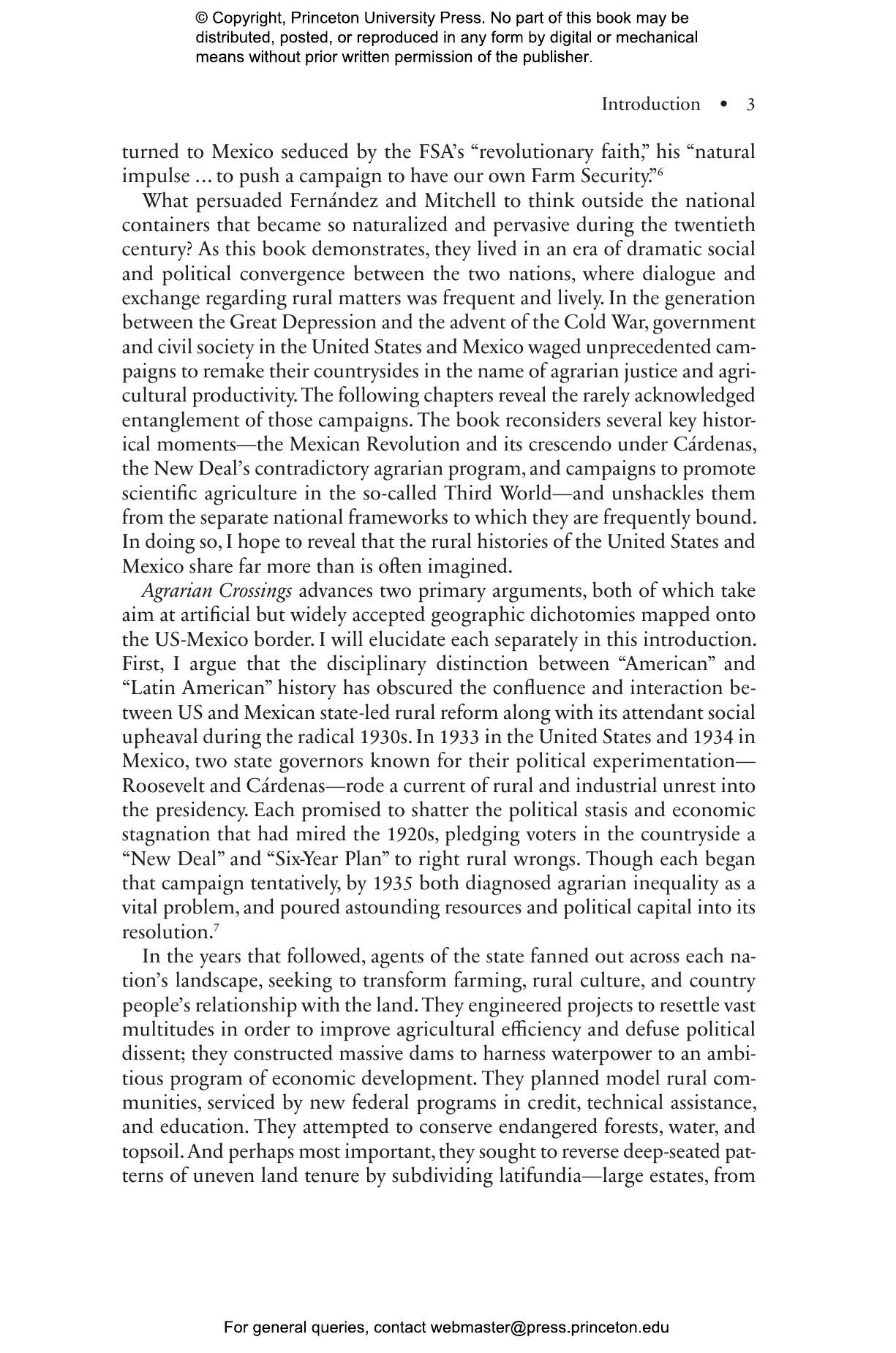 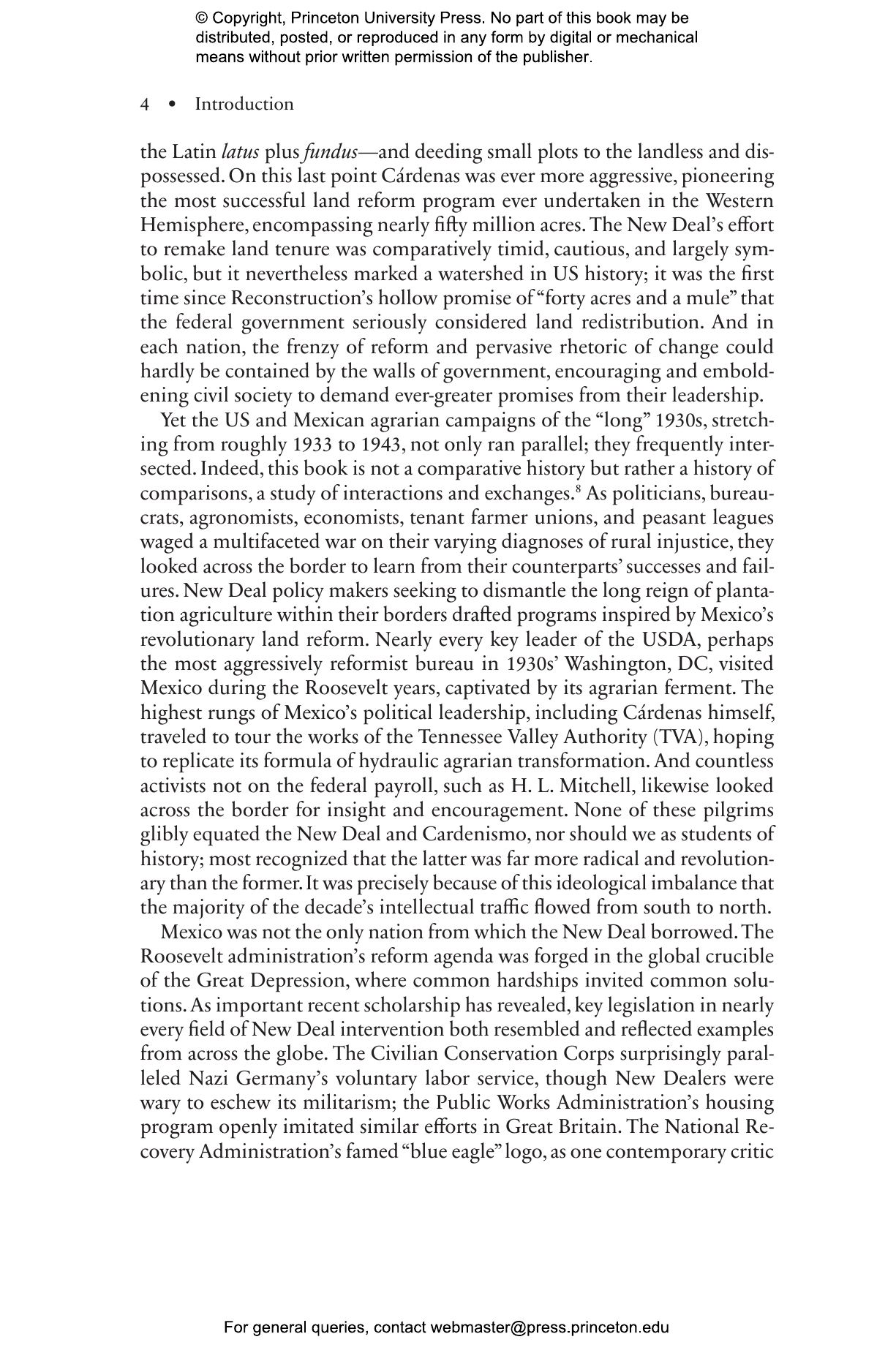 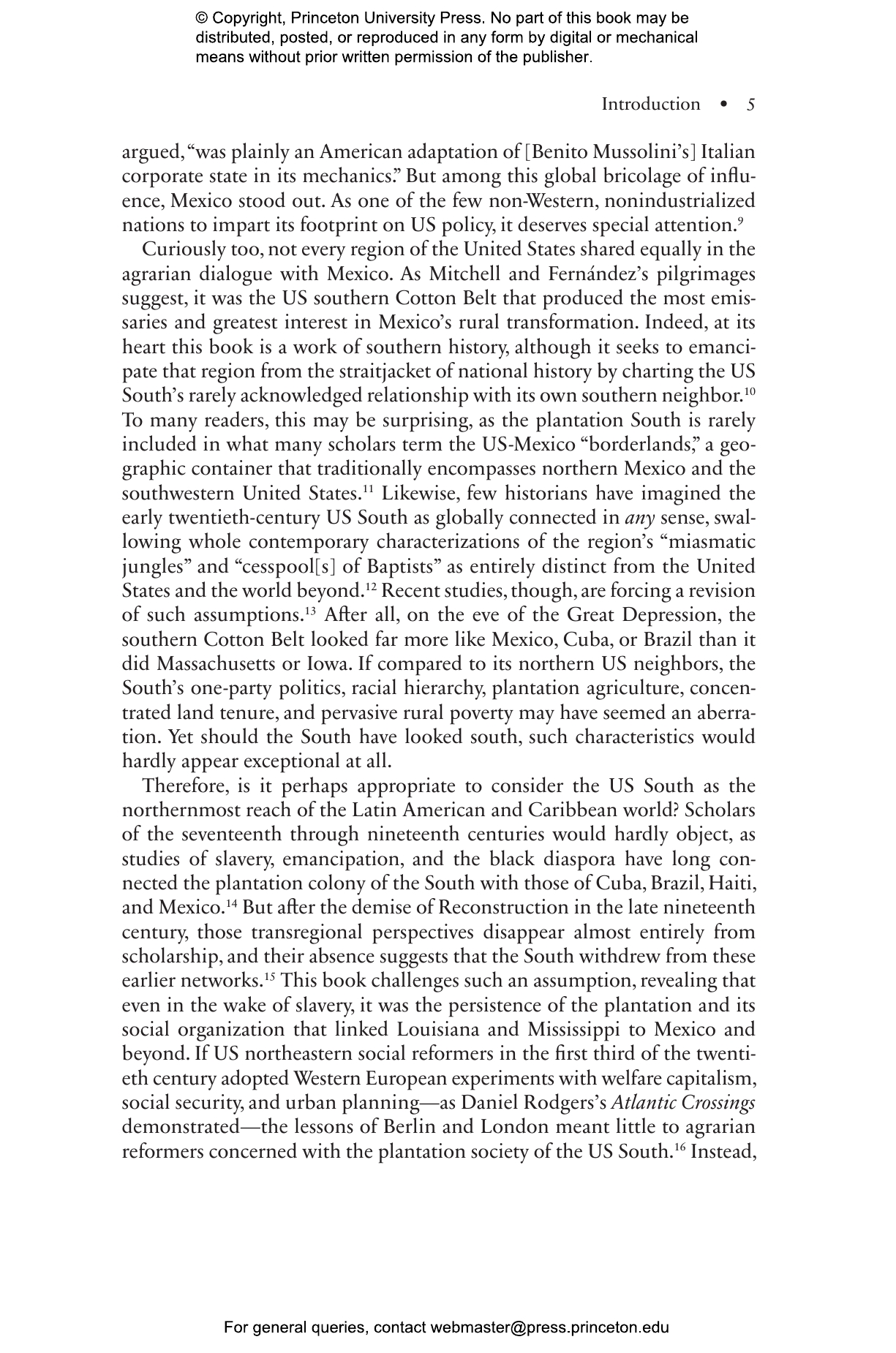 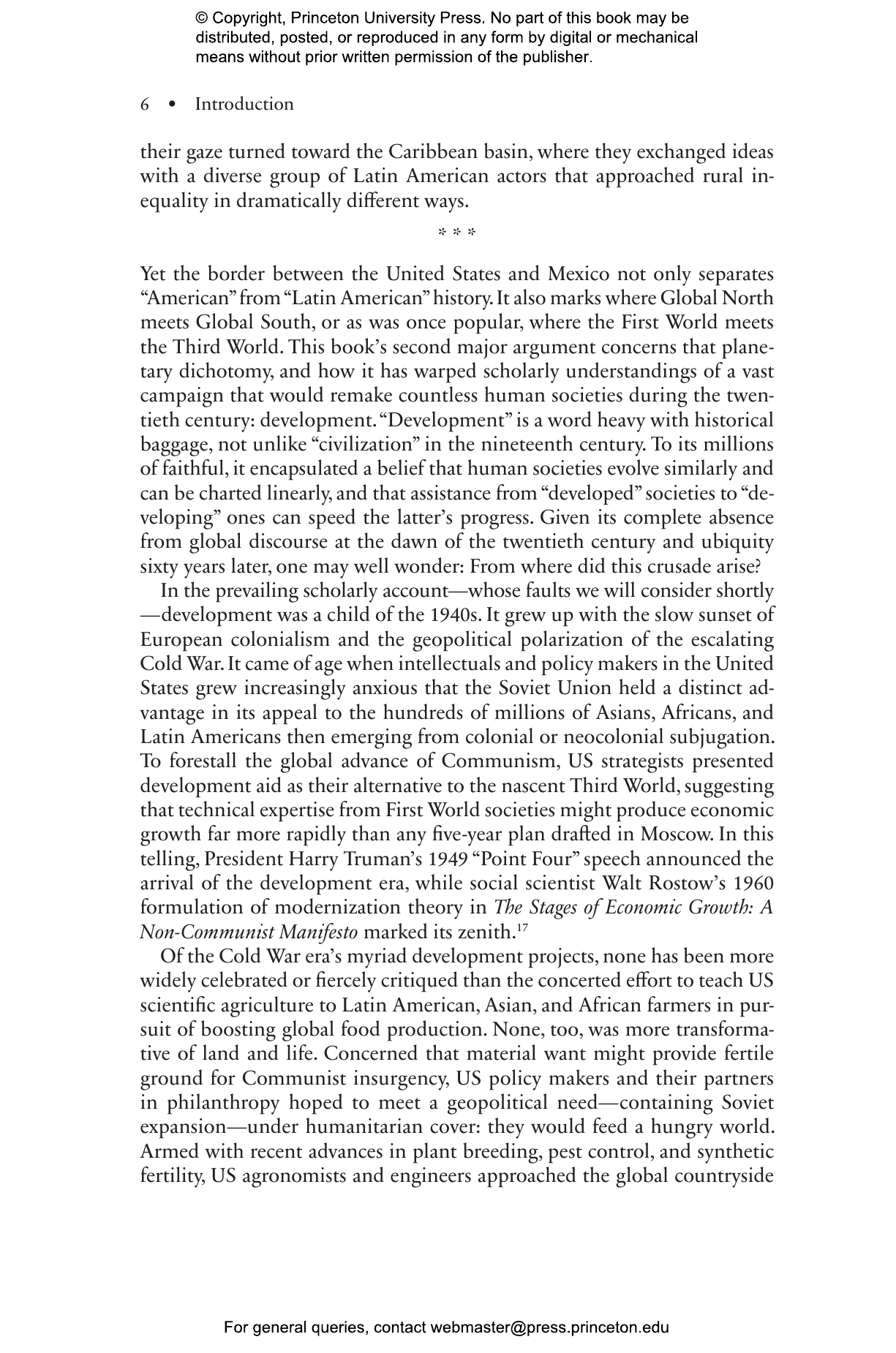 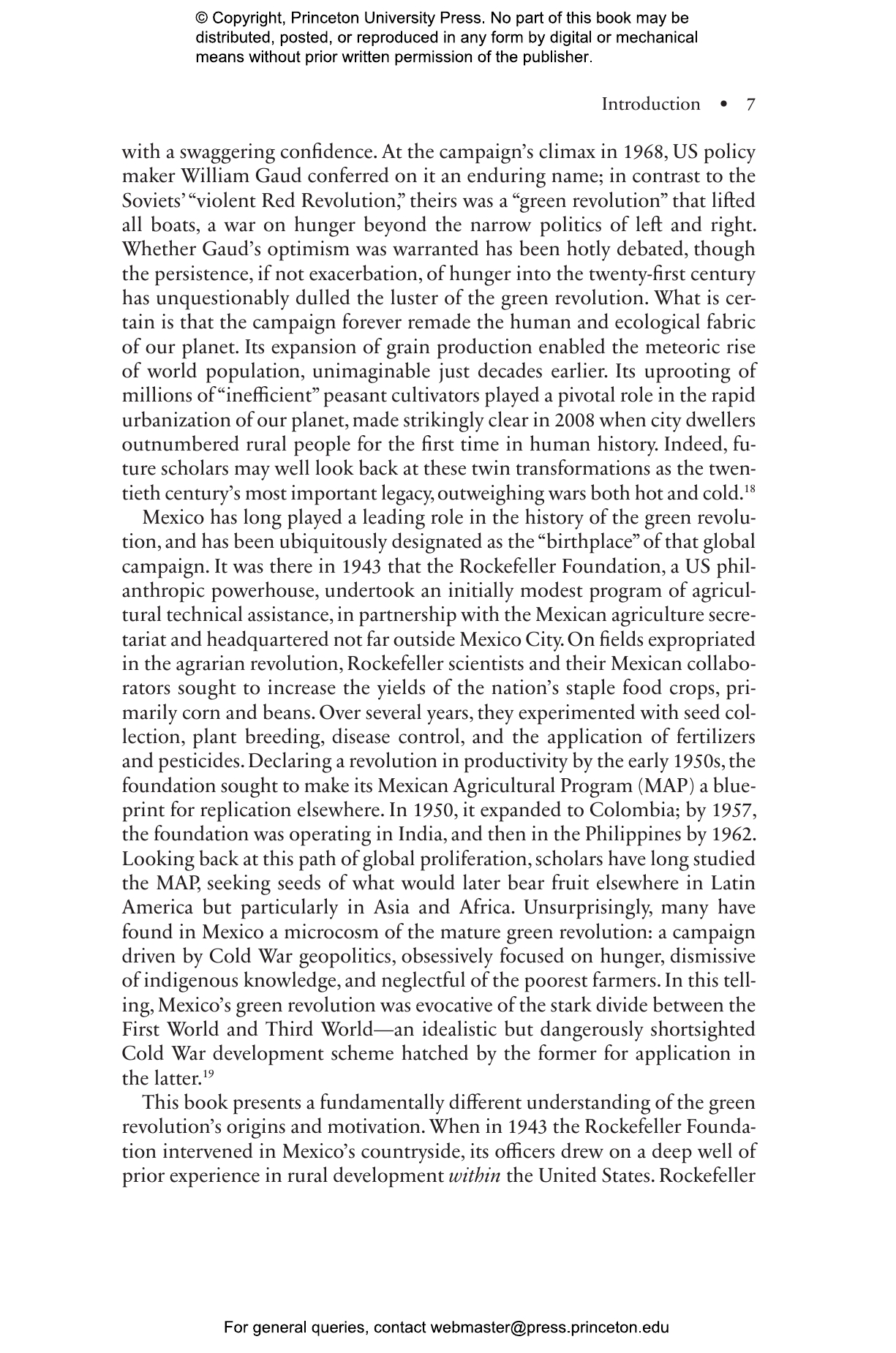 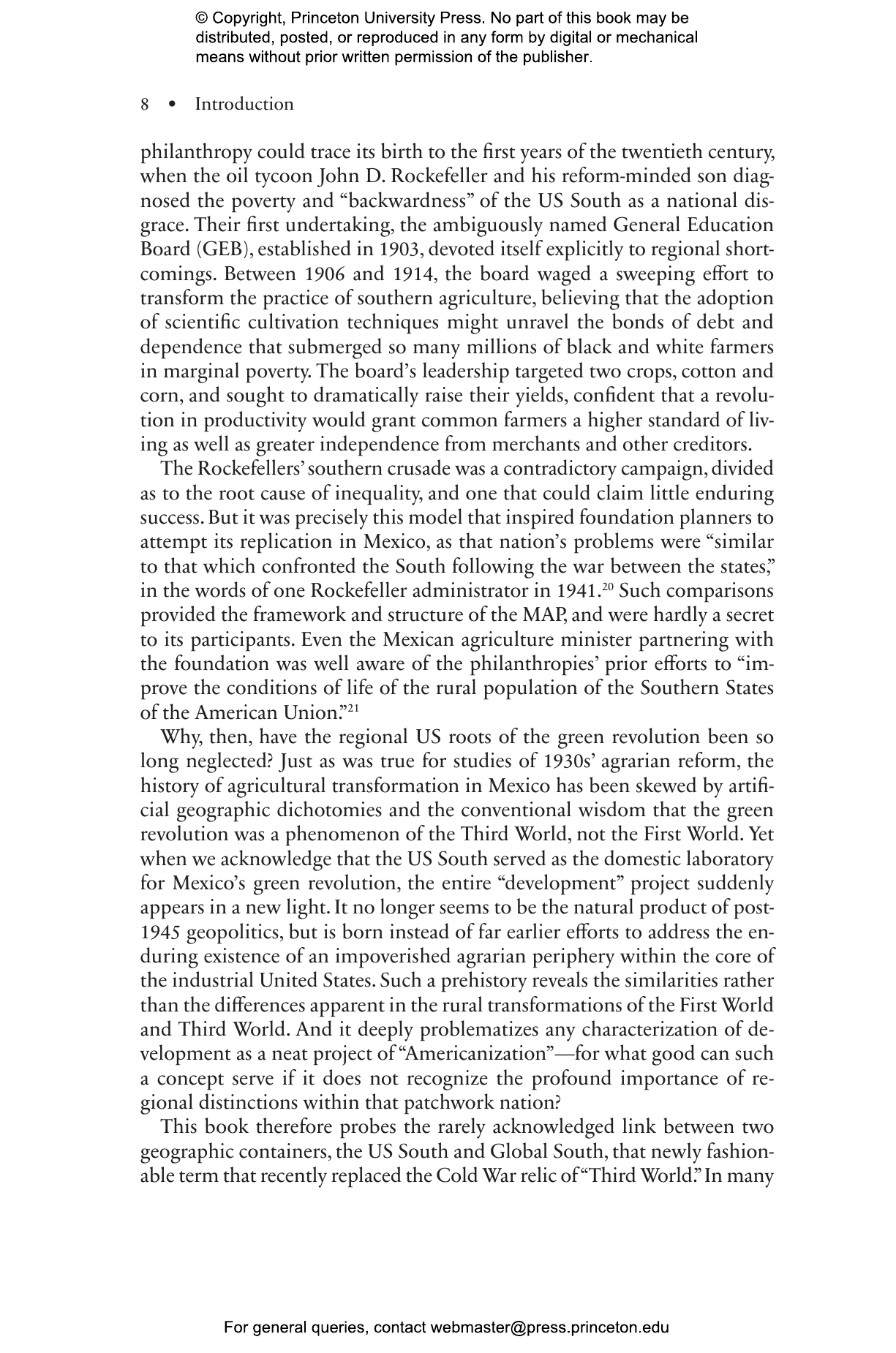 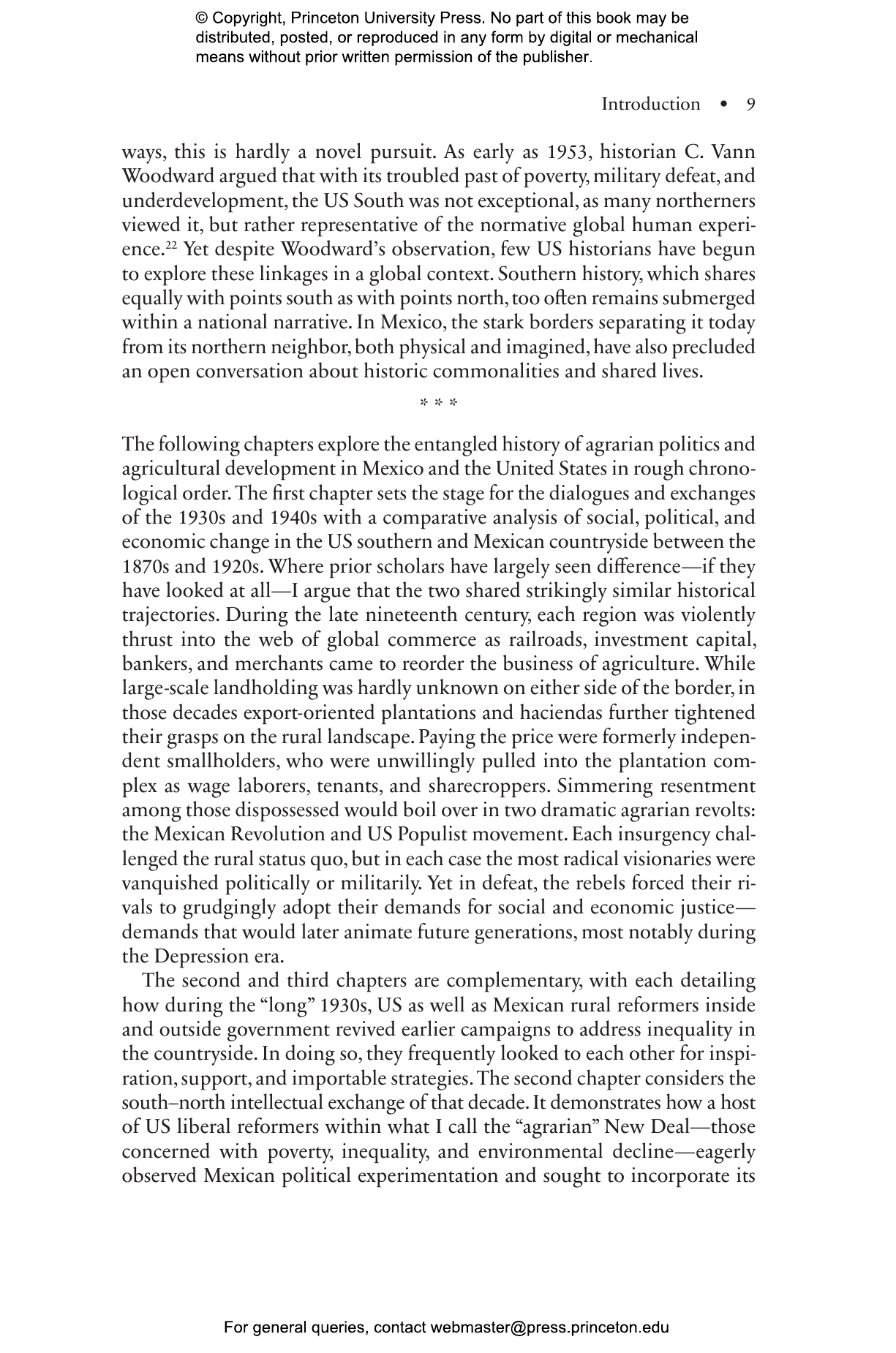 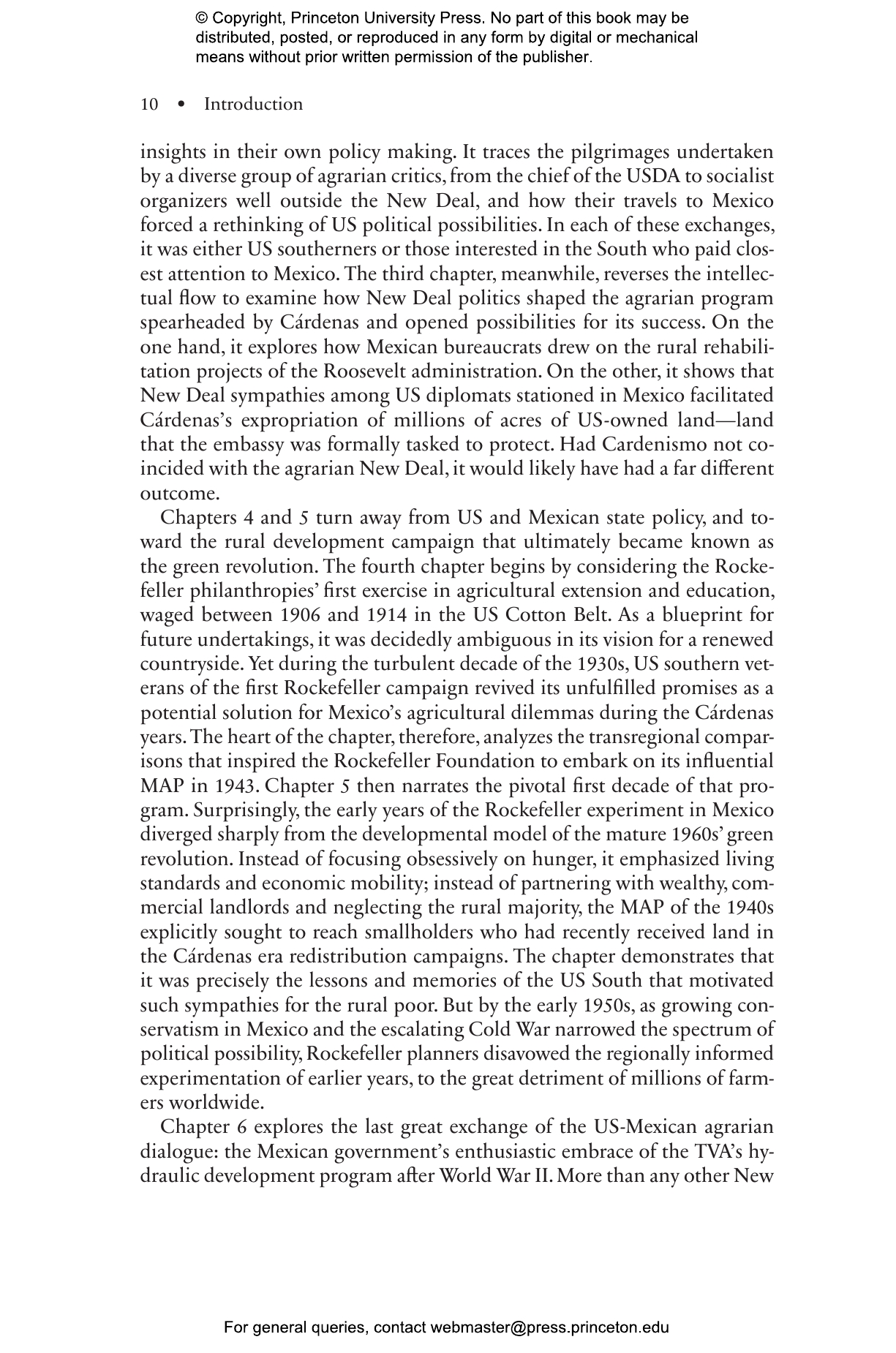 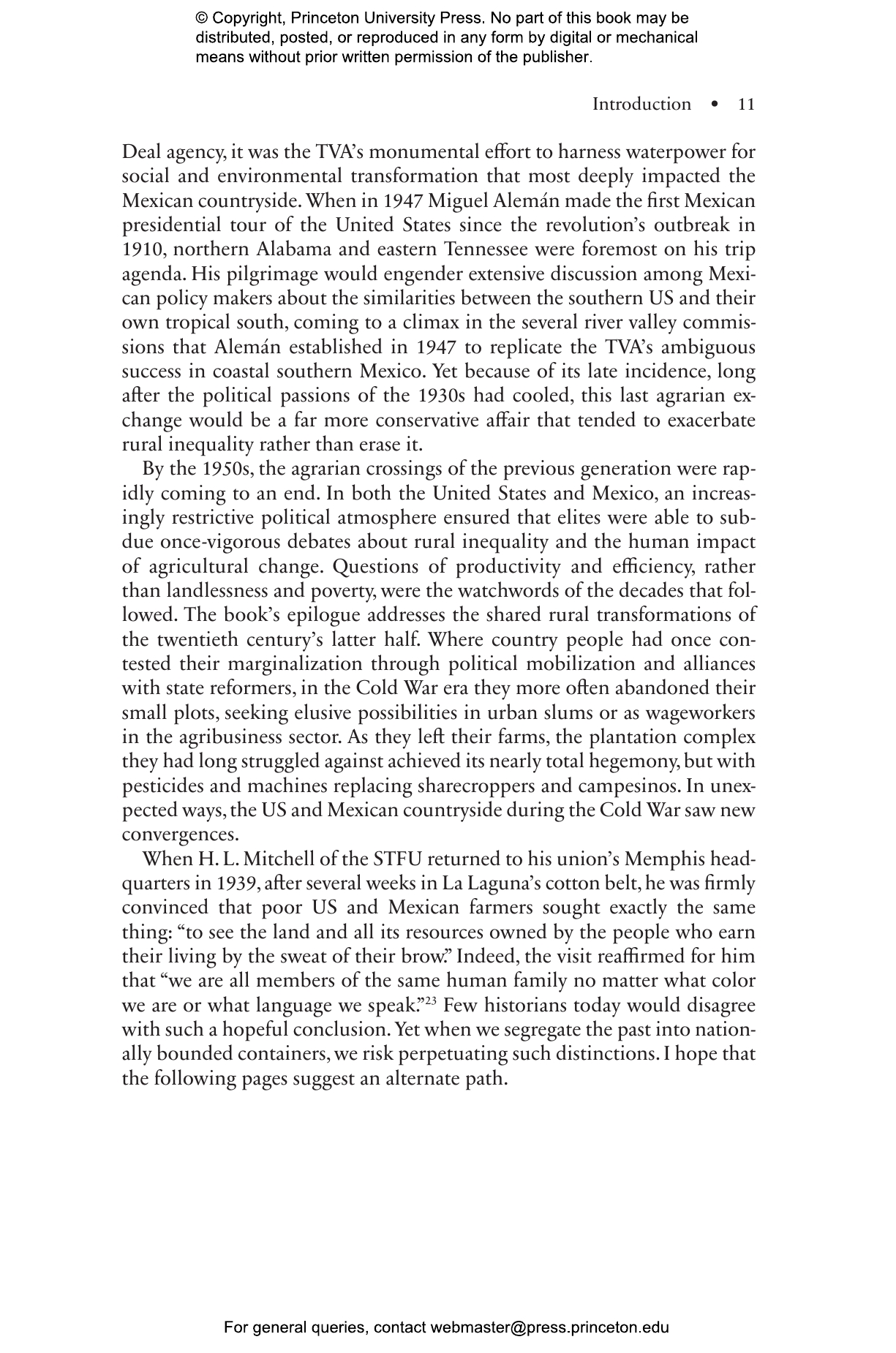 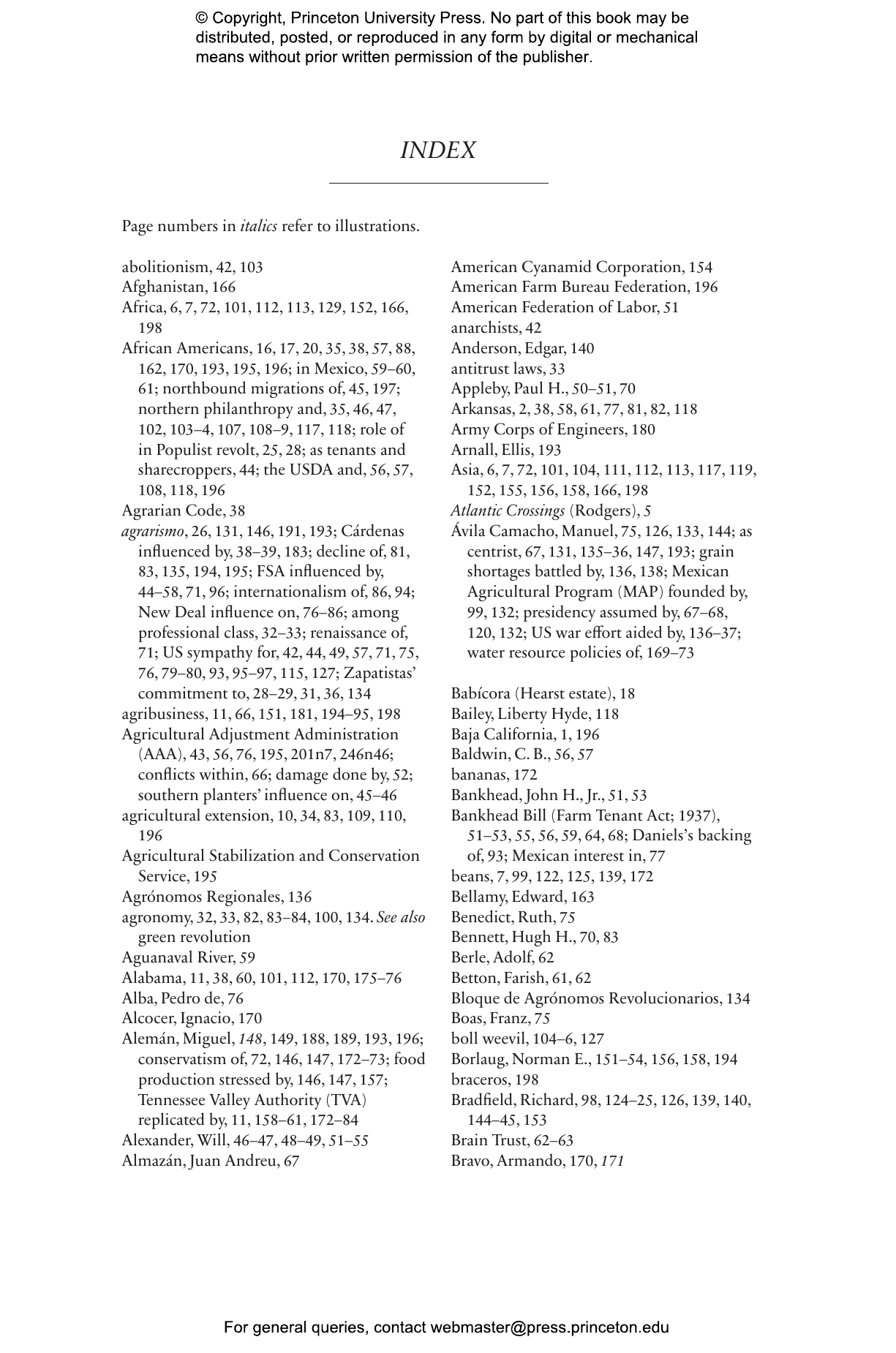 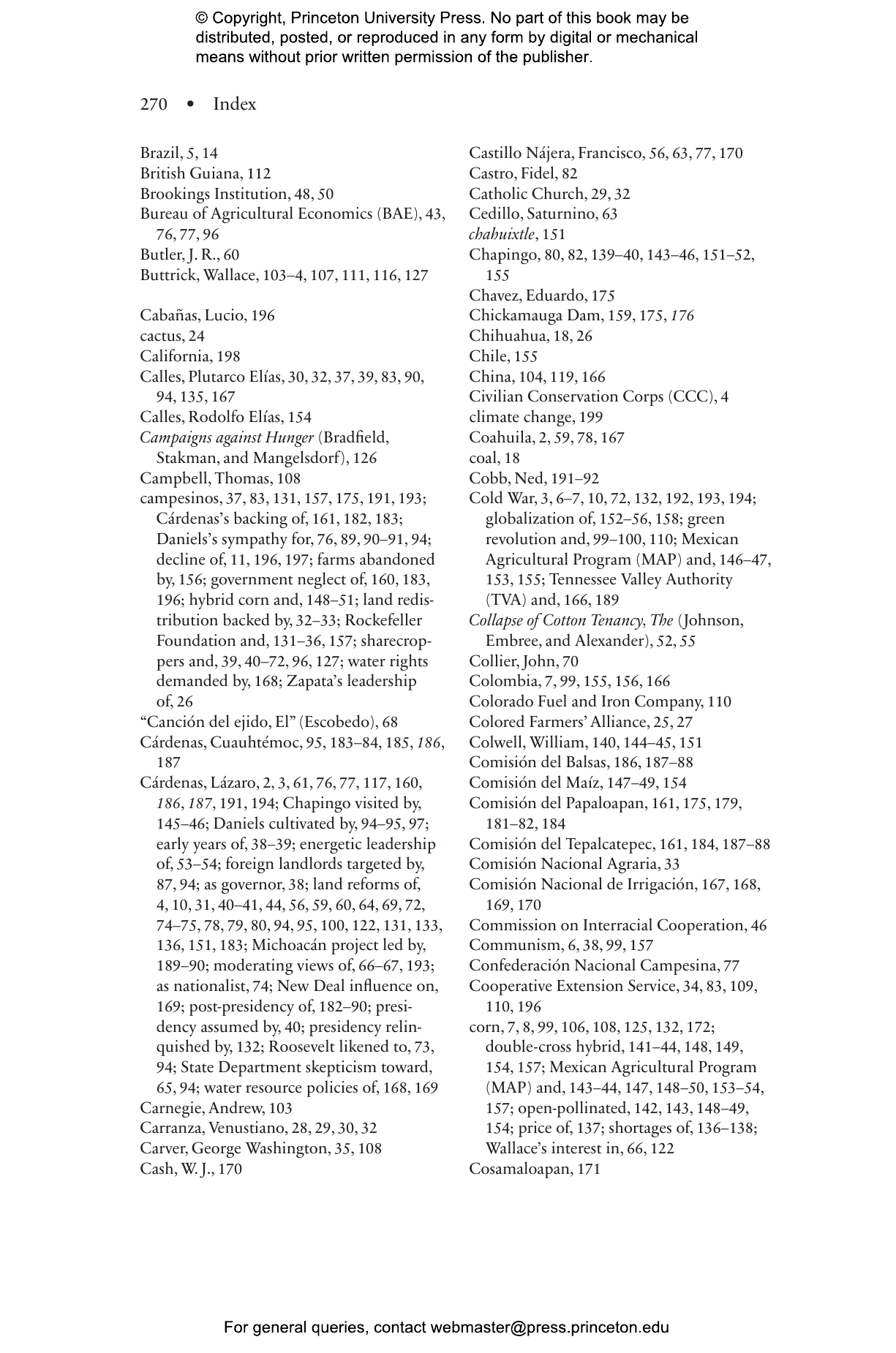 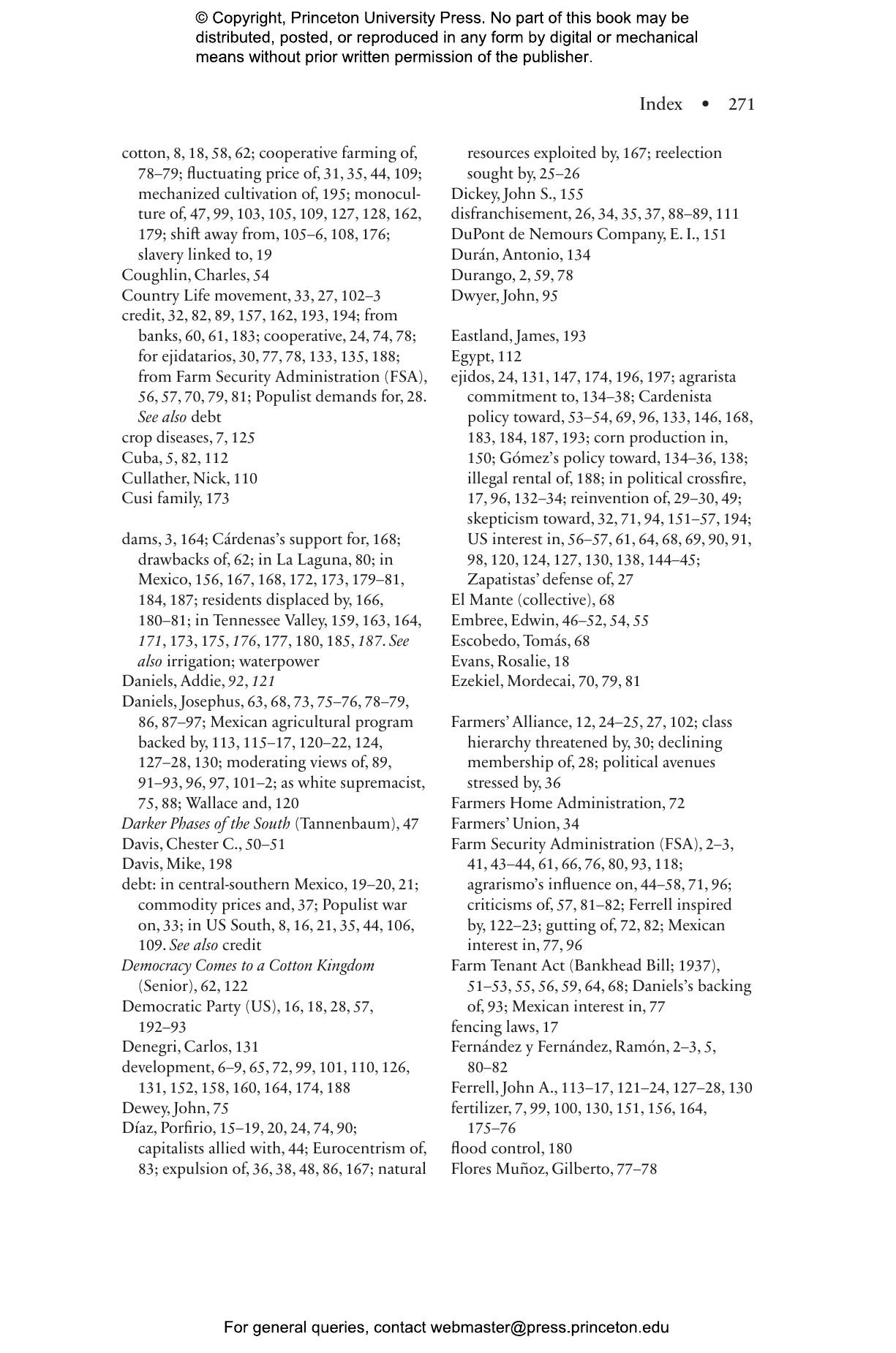 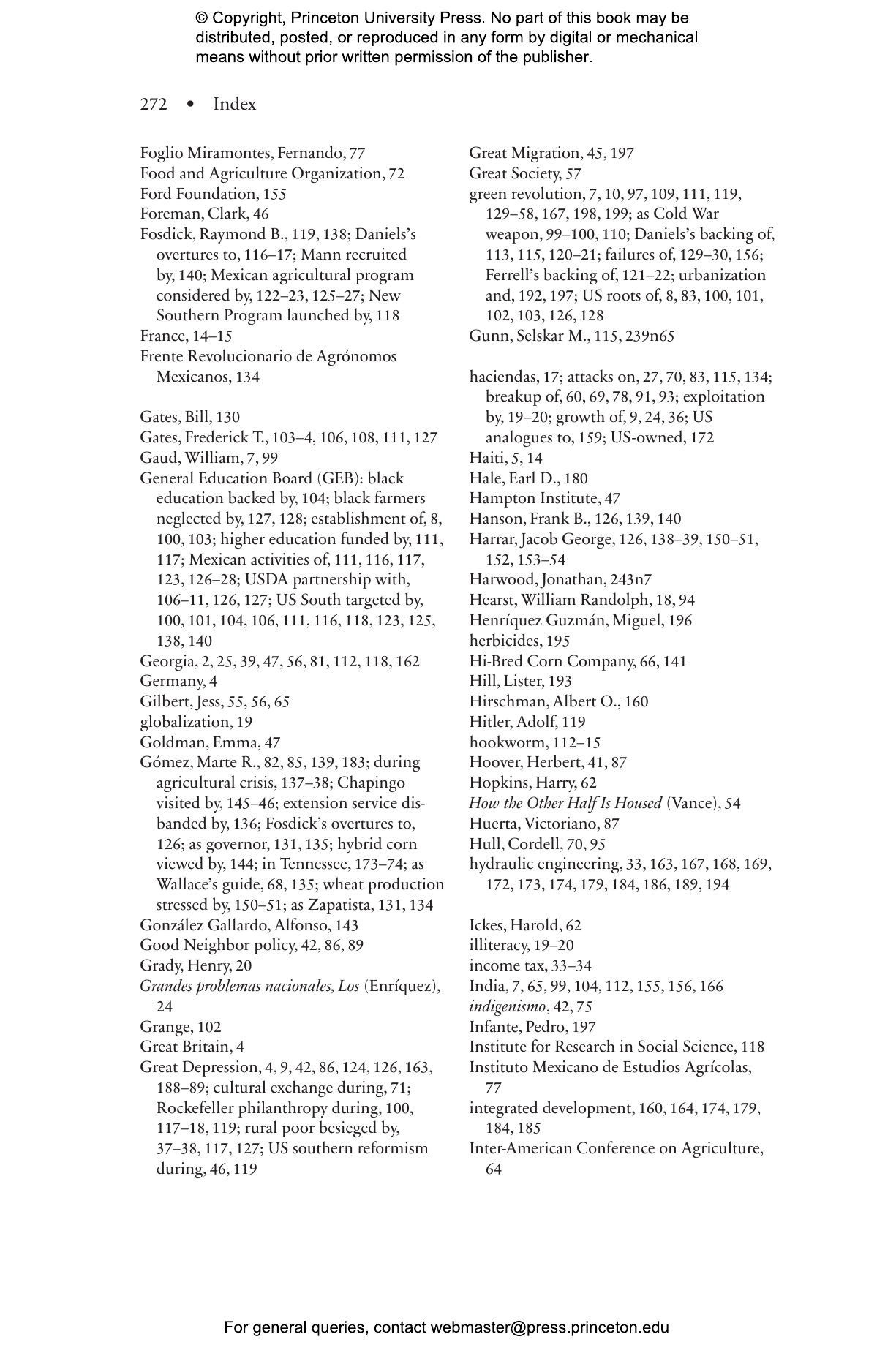 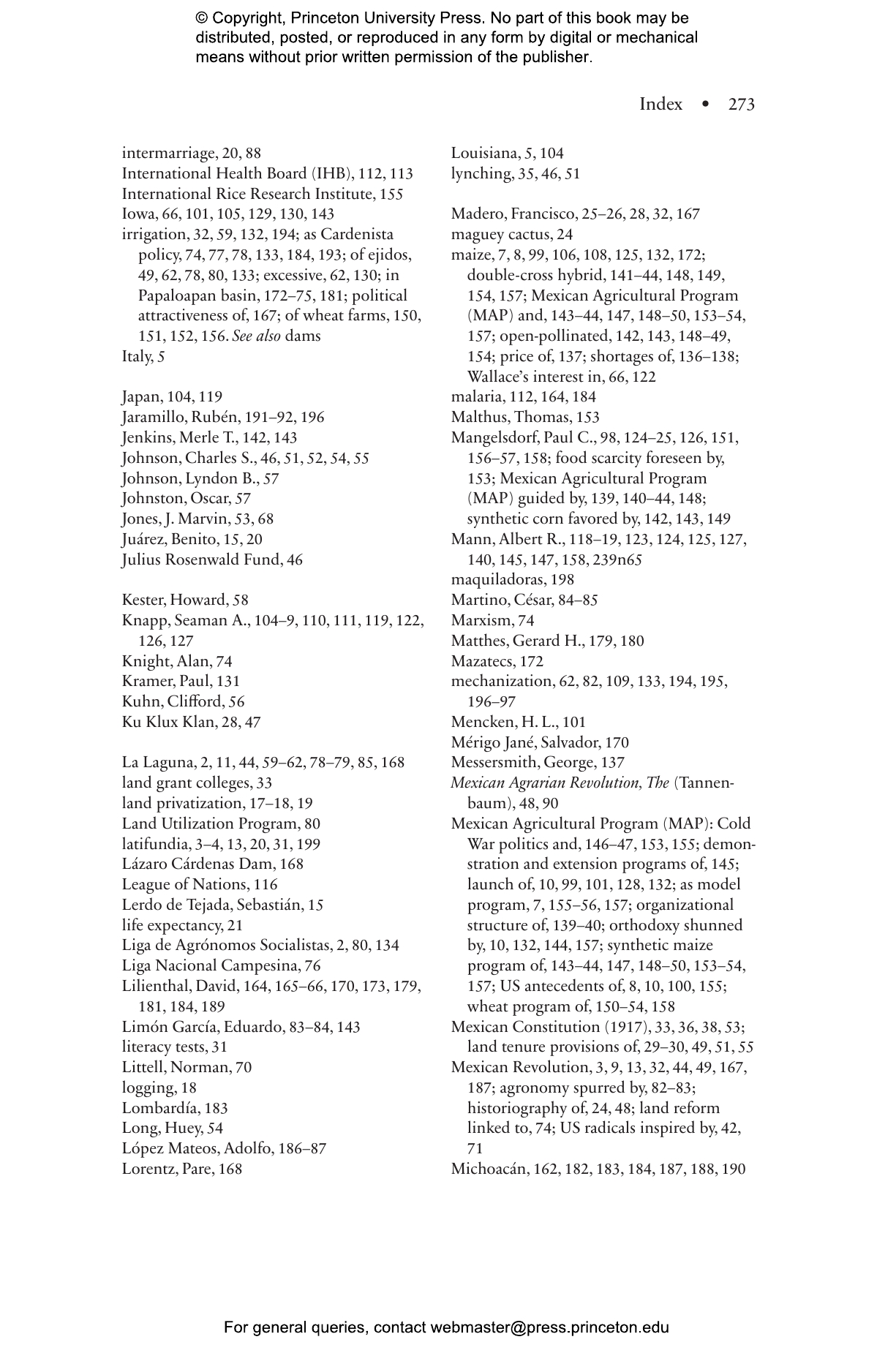 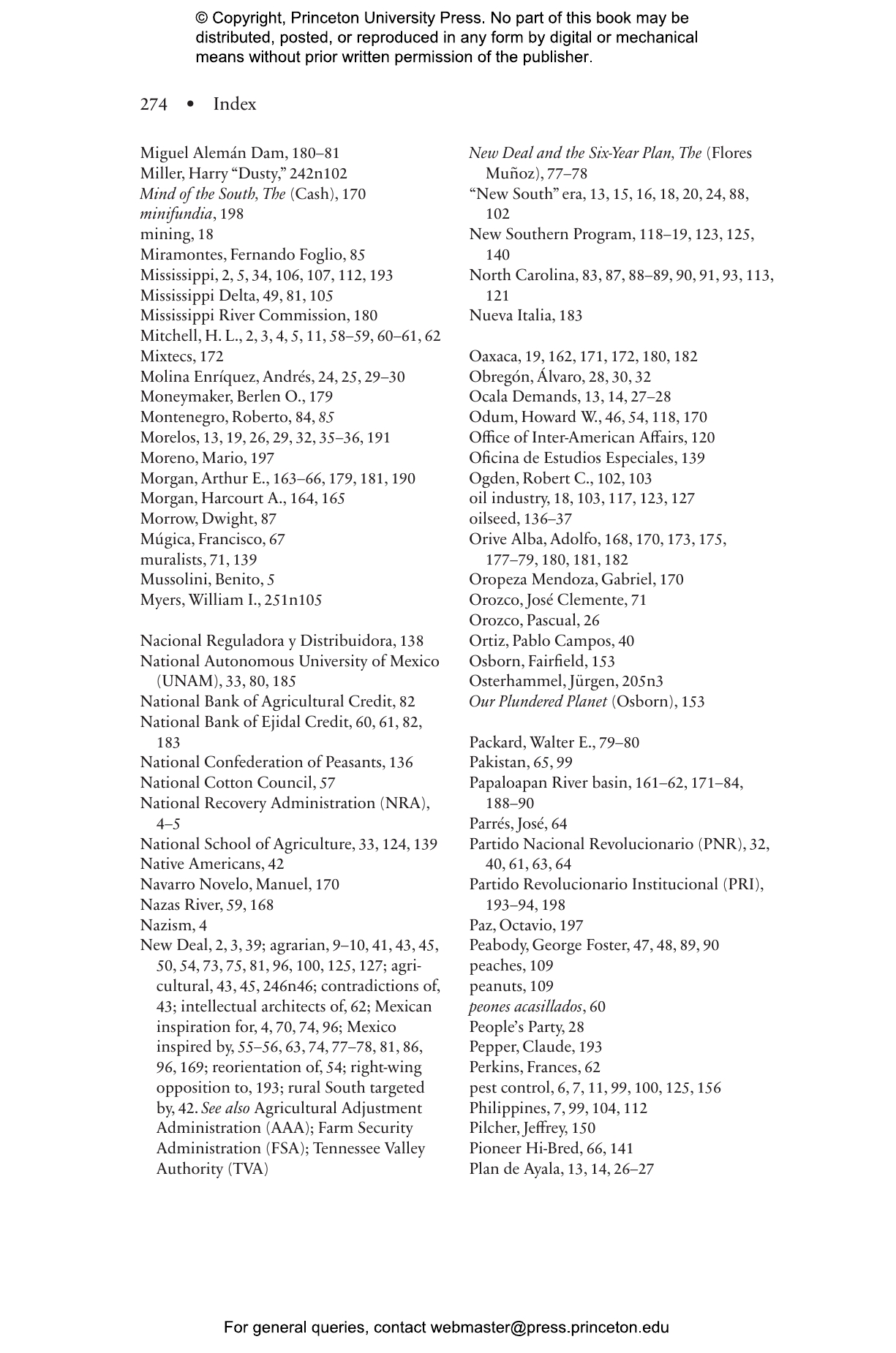 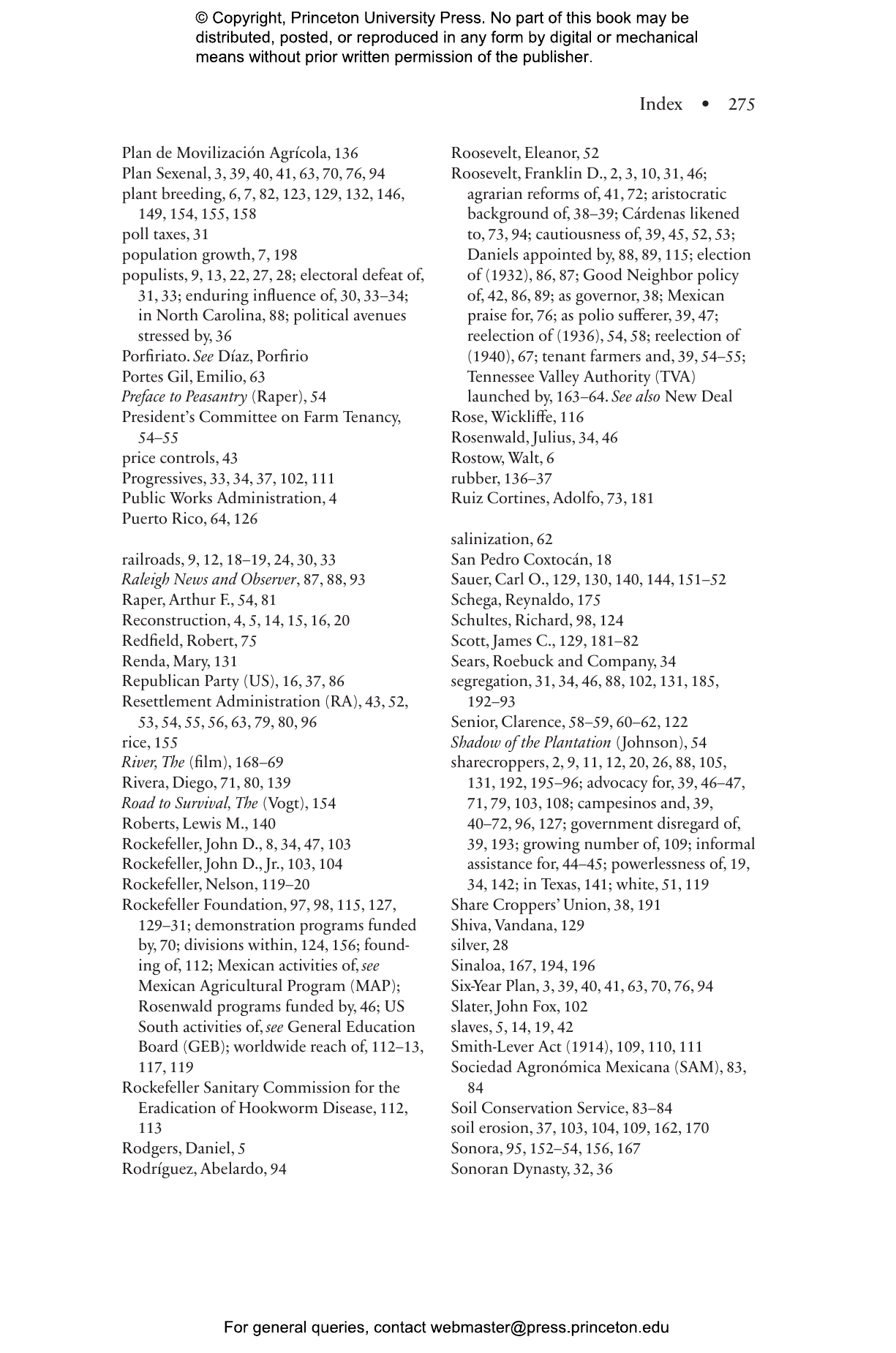 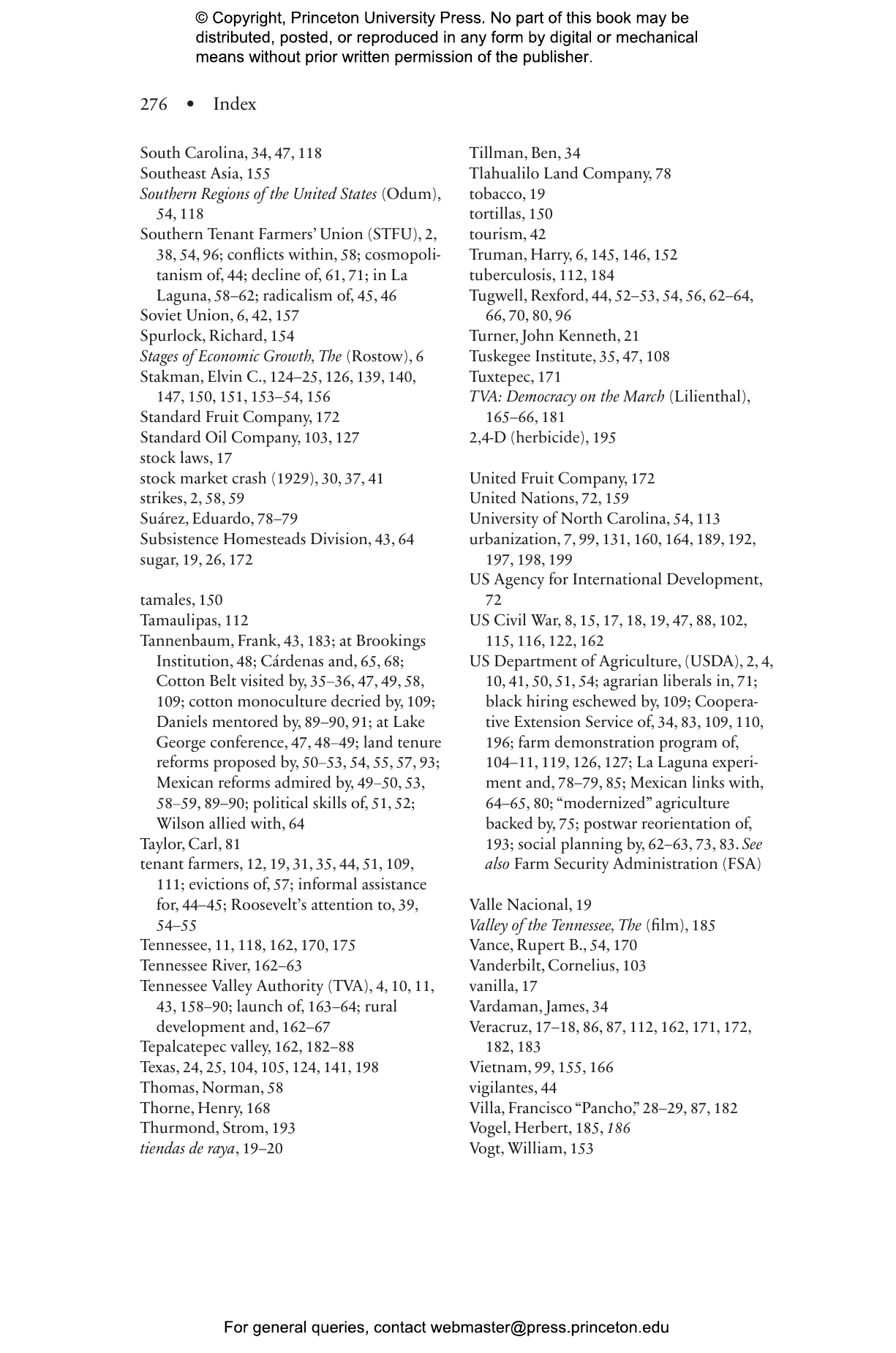 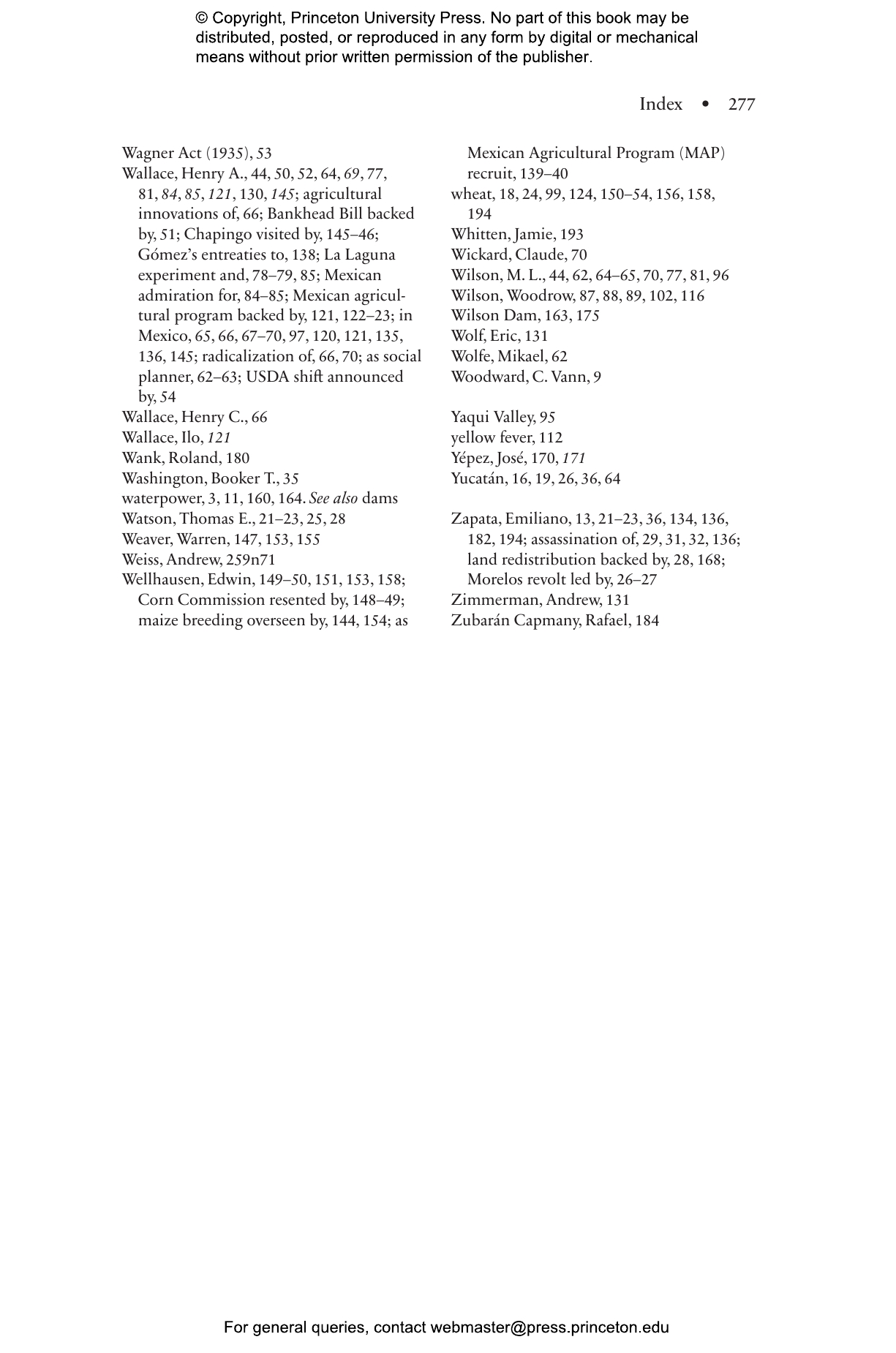 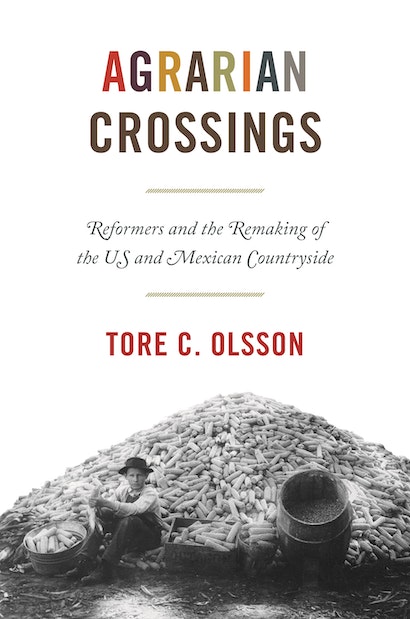 In the 1930s and 1940s, rural reformers in the United States and Mexico waged unprecedented campaigns to remake their countrysides in the name of agrarian justice and agricultural productivity. Agrarian Crossings tells the story of how these campaigns were conducted in dialogue with one another as reformers in each nation came to exchange models, plans, and strategies with their equivalents across the border.

Dismantling the artificial boundaries that can divide American and Latin American history, Tore Olsson shows how the agrarian histories of both regions share far more than we realize. He traces the connections between the US South and the plantation zones of Mexico, places that suffered parallel problems of environmental decline, rural poverty, and gross inequities in land tenure. Bringing this tumultuous era vividly to life, he describes how Roosevelt’s New Deal drew on Mexican revolutionary agrarianism to shape its program for the rural South. Olsson also looks at how the US South served as the domestic laboratory for the Rockefeller Foundation’s “green revolution” in Mexico—which would become the most important Third World development campaign of the twentieth century—and how the Mexican government attempted to replicate the hydraulic development of the Tennessee Valley Authority after World War II.

Rather than a comparative history, Agrarian Crossings is an innovative history of comparisons and the ways they affected policy, moved people, and reshaped the landscape.

Tore C. Olsson is assistant professor of history at the University of Tennessee, Knoxville.

"Engagingly and elegantly written, [Agrarian Crossings] furnishes a new interpretation of, and approach to, both the agrarian New Deal and Cardenismo—and more broadly, the history of US-Mexican relations."—Mikael Wolfe, H-Net Reviews

"Agrarian Crossings is not only a crucial rethinking of the place of Mexico in some of the most iconic US agrarian projects of the twentieth century, but also a fascinating provocation for how scholars should understand rural histories beyond the methodological strait-jacket of the nation-state. . . . Brilliant."—Christy Thornton, Journal of Peasant Studies

"A detailed, smart, and engaging study that places Mexican and U.S. rural development during the twentieth century in dialogue with one another. . . . Specialists, students, and interested laypersons alike stand to learn much from this crucially important and timely book."—Timothy Bowman, Southwestern Historical Quarterly

"[This] book is an excellent example of the challenging, but inevitable synthesis of history and geography that often accompanies the transnational search for meaning. Historical-political geographers and political ecologists, and those with regional interests in Mexico or the US South, the history of political agro-development, and general development studies should find great value in this book."—Matthew C. LaFevor, Journal of Historical Geography

"Olsson’s book should serve as a model for how transnational history is written."—John J. Dwyer, Journal of American Ethnic History

"An engaging read that reveals the flaws in contemporary understandings of development . . . . A text with multidisciplinary reach that can benefit scholars and students across the social sciences."—Kelsey Ryan‑Simkins, Agriculture and Human Values

"A model of border-crossing scholarship, Agrarian Crossings brilliantly illuminates the deep interconnections between U.S. and Mexican history. Neither the New Deal nor Mexican agrarian reform will ever look the same again."—Karl Jacoby, Columbia University

"Agrarian Crossings is a pathbreaking history of the American and Mexican reformers who reinvented farming in the shadow of World War II. This impressive and scrupulously researched book is required reading for historians of agriculture, technocratic interchange, and the invention of development in the Americas, as well as for anyone interested in the surprisingly entangled origins of the green revolution."—Chris Boyer, University of Illinois at Chicago

"New Dealers in Coahuila, the campesinos of North Carolina—Olsson scrambles familiar geographies in this mind-wrenching account of rural politics in Mexico and the U.S. South. This is a surprising, innovative, and revelatory history, highly recommended not only for students of development but for anyone interested in the connections between the United States and Latin America."—Daniel Immerwahr, author of Thinking Small: The United States and the Lure of Community Development

"Transnational history at its best. Agrarian Crossings not only helps to reconceptualize the history of the American South, U.S.-Mexican relations, and the rise of development; it also stands out for the richness and texture of its empirical analysis."—Kiran Klaus Patel, author of The New Deal: A Global History

"A persuasive fusion of intellectual, political, and agrarian history. Agrarian Crossings is a brilliant example of how to deploy transnational methods with narrative verve and analytical insight."—Sarah T. Phillips, author of This Land, This Nation: Conservation, Rural America, and the New Deal