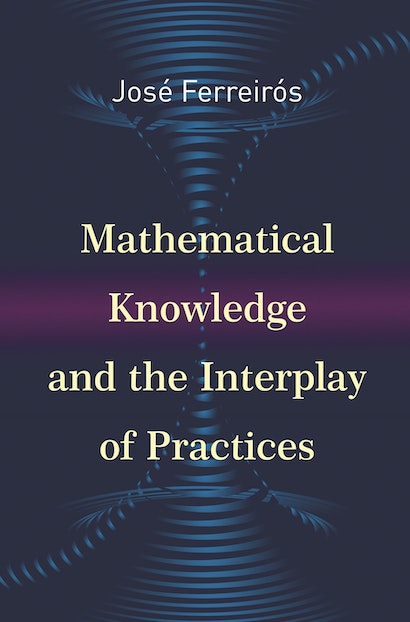 This book presents a new approach to the epistemology of mathematics by viewing mathematics as a human activity whose knowledge is intimately linked with practice. Charting an exciting new direction in the philosophy of mathematics, José Ferreirós uses the crucial idea of a continuum to provide an account of the development of mathematical knowledge that reflects the actual experience of doing math and makes sense of the perceived objectivity of mathematical results.

Describing a historically oriented, agent-based philosophy of mathematics, Ferreirós shows how the mathematical tradition evolved from Euclidean geometry to the real numbers and set-theoretic structures. He argues for the need to take into account a whole web of mathematical and other practices that are learned and linked by agents, and whose interplay acts as a constraint. Ferreirós demonstrates how advanced mathematics, far from being a priori, is based on hypotheses, in contrast to elementary math, which has strong cognitive and practical roots and therefore enjoys certainty.

Offering a wealth of philosophical and historical insights, Mathematical Knowledge and the Interplay of Practices challenges us to rethink some of our most basic assumptions about mathematics, its objectivity, and its relationship to culture and science.

José Ferreirós is professor of logic and philosophy of science at the University of Seville in Spain. He is the author of Labyrinth of Thought: A History of Set Theory and Its Role in Modern Mathematics and the coeditor of The Architecture of Modern Mathematics: Essays in History and Philosophy.

"Both philosophers and mathematicians can find ample food for thought in this study."—Choice

"Ambitious. . . . An interesting and informative read [that] is likely to appeal mainly to specialists in the field."—Michael de Villiers, Mathematical Gazette

"A valuable contribution to the literature on the epistemology and practice of mathematics, in which [Ferreirós] argues that mathematical knowledge is inseparable from the actual practices in which mathematicians engage."—Audrey Yap, Metascience

"Ferreirós presents a new fusion of philosophical and mathematical ideas that is thought provoking and original. This book is obviously the product of great and conscientious scholarship."—John Stillwell, University of San Francisco

"Ferreirós addresses the philosophy of mathematics from an important and original perspective. He engages with many fascinating topics in the history of mathematics along the way, and his book is exceptionally well documented with references to the secondary literature."—Jamie Tappenden, University of Michigan