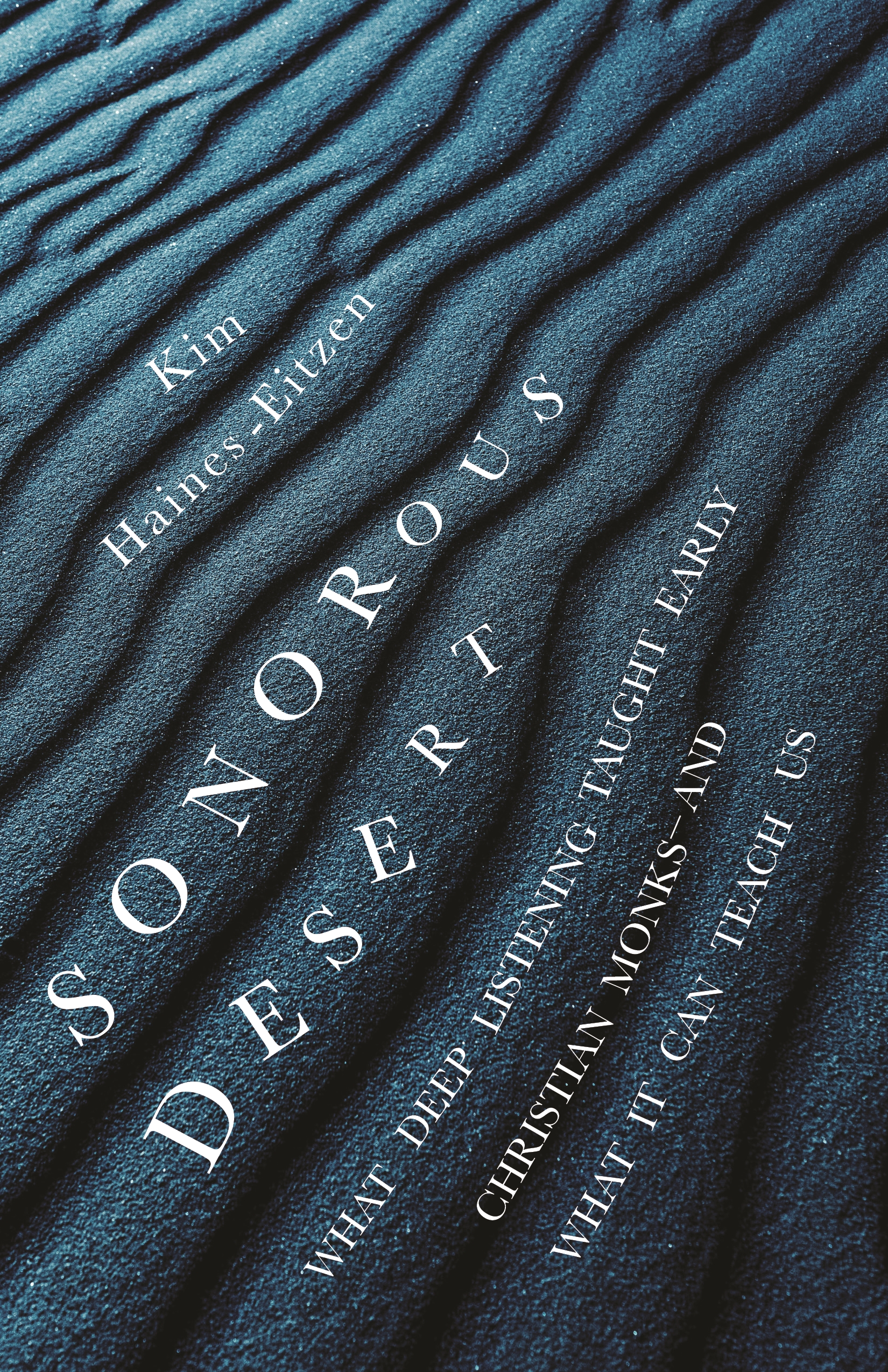 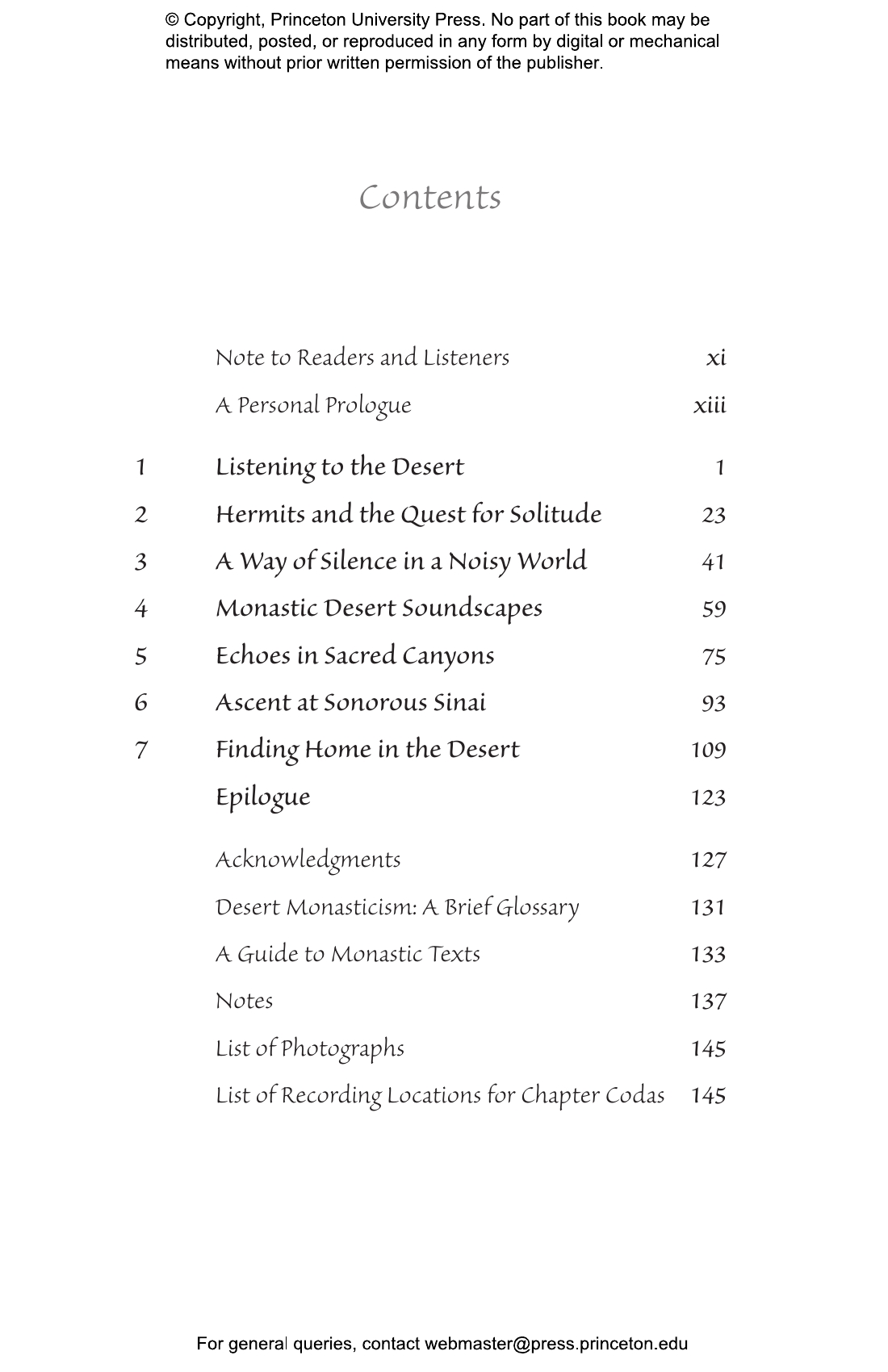 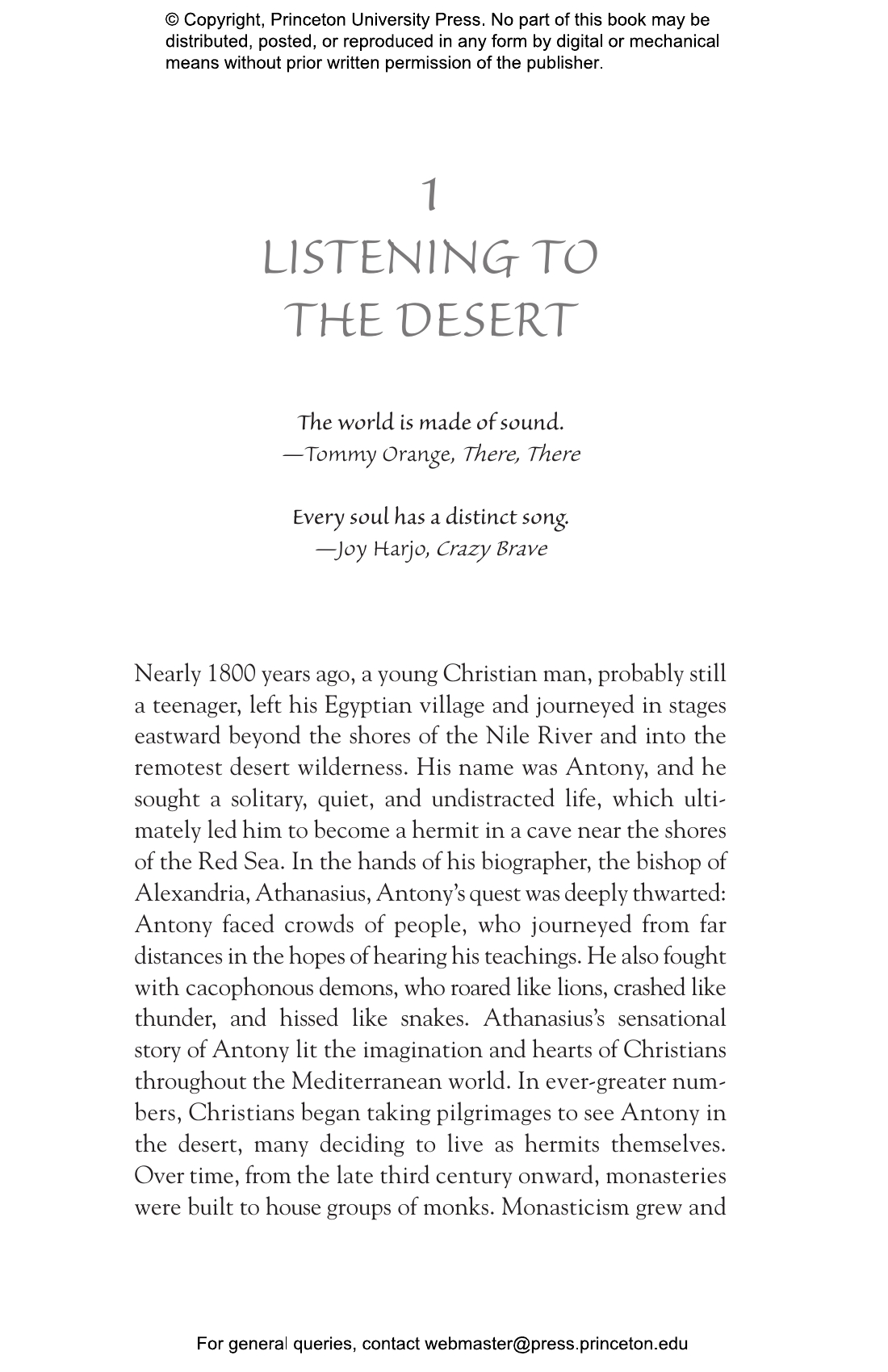 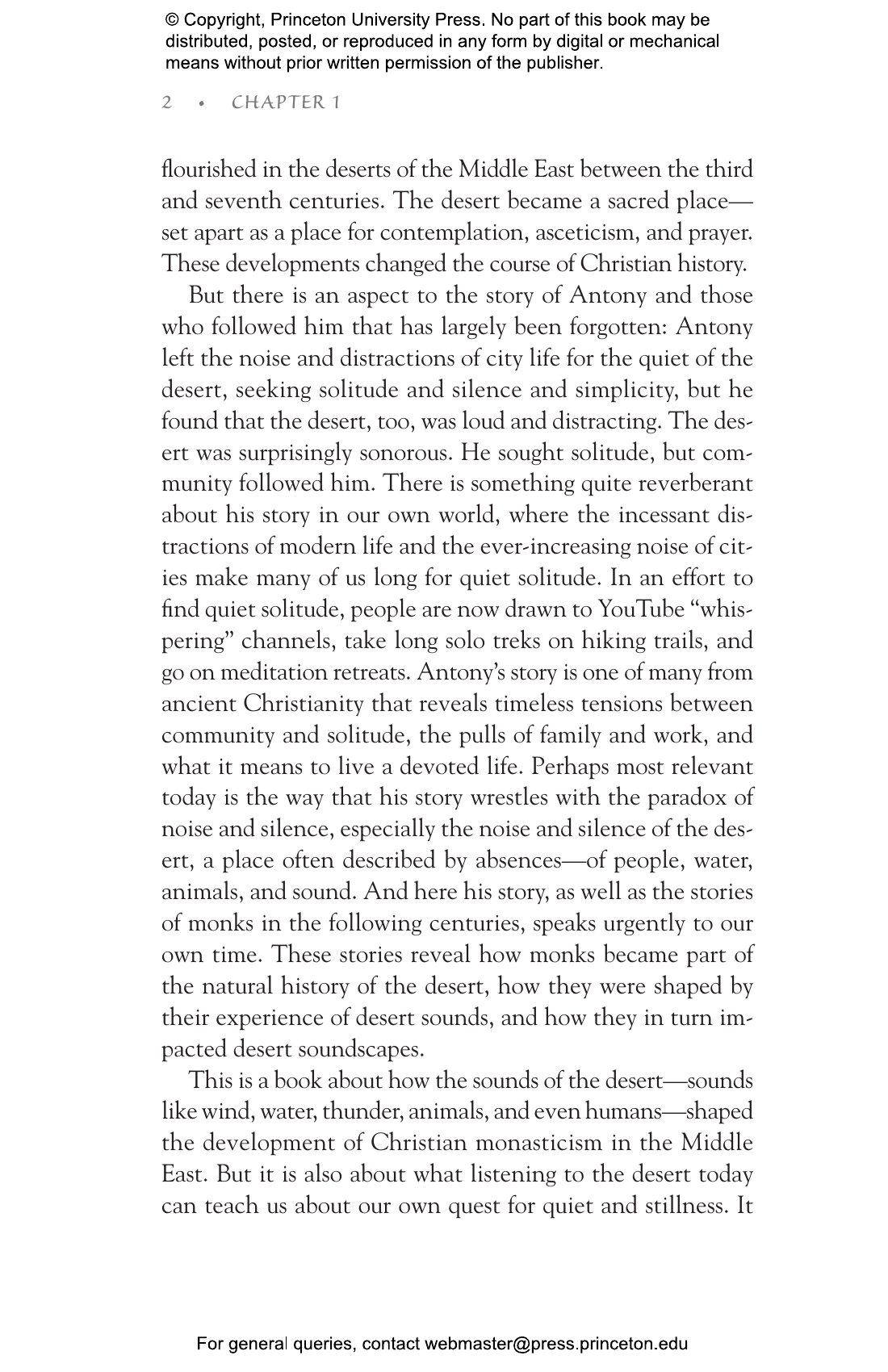 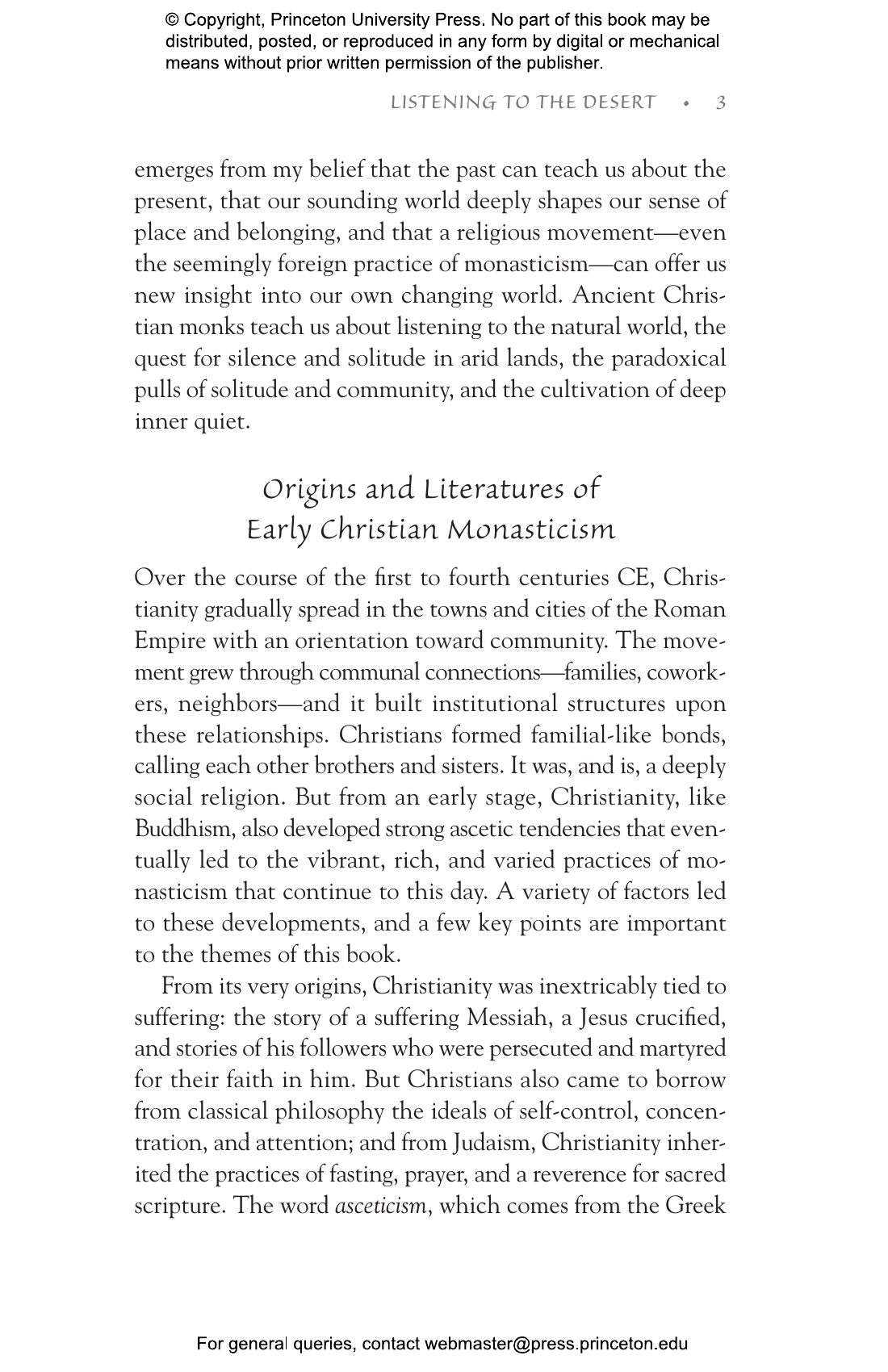 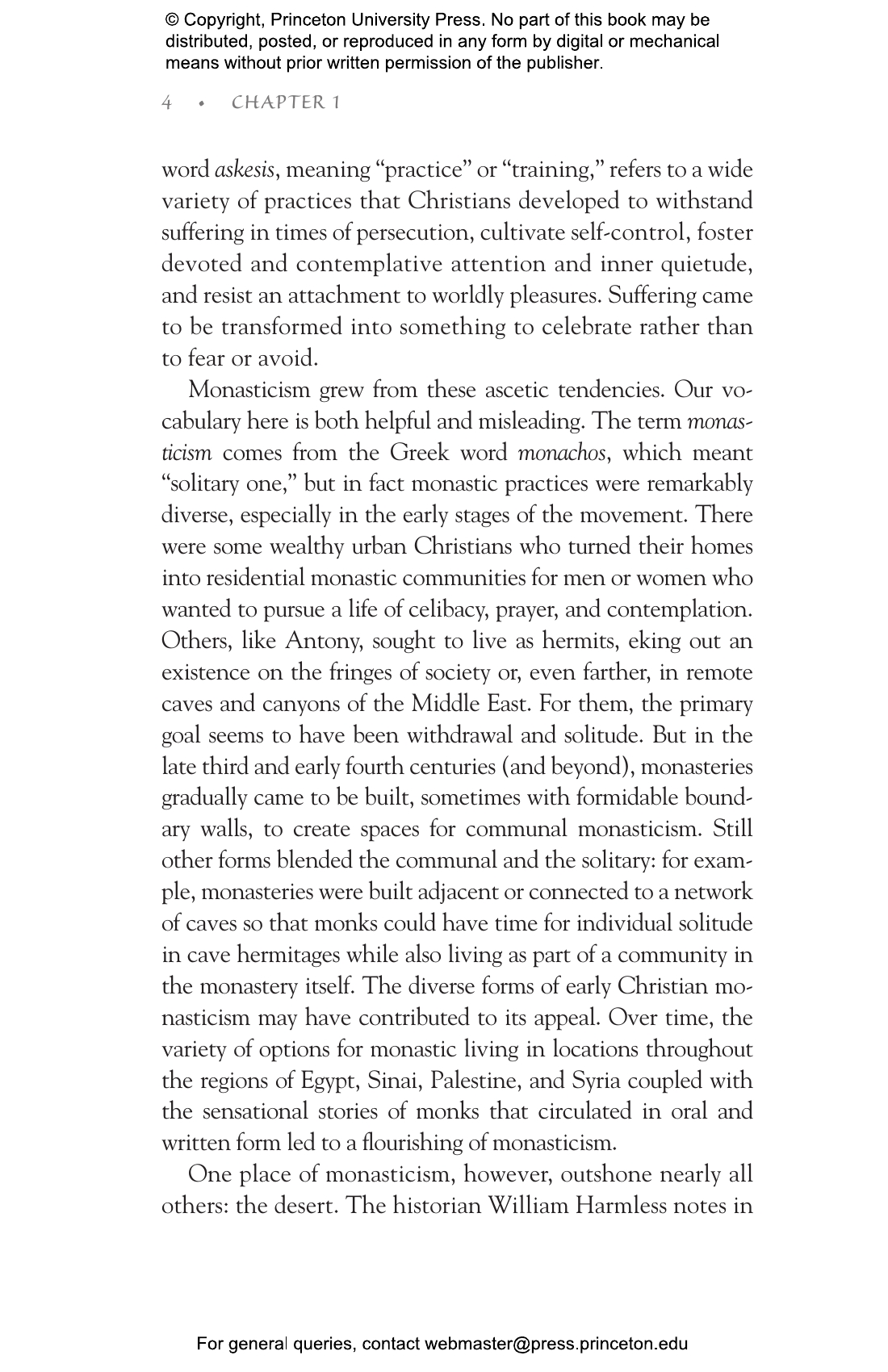 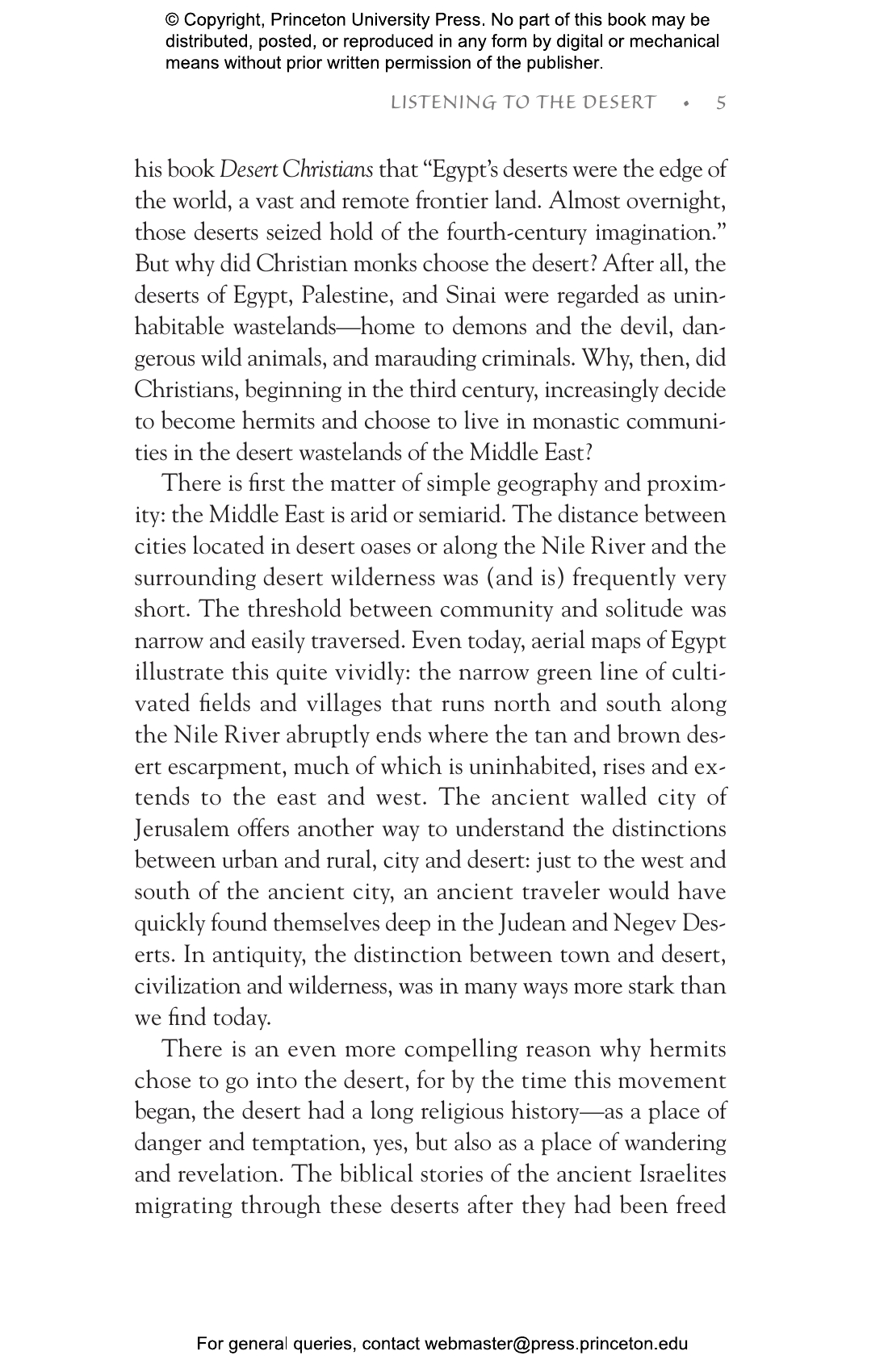 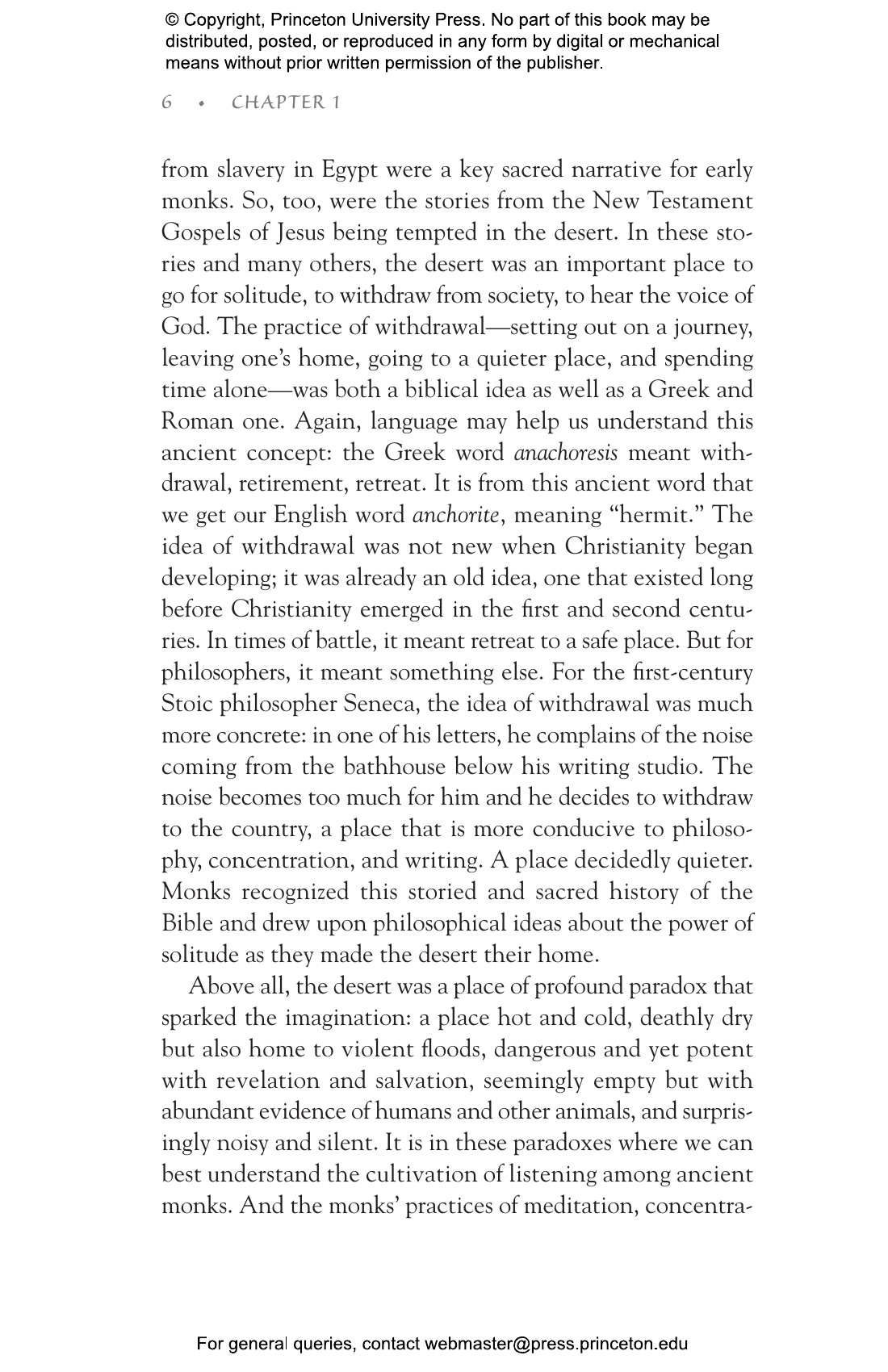 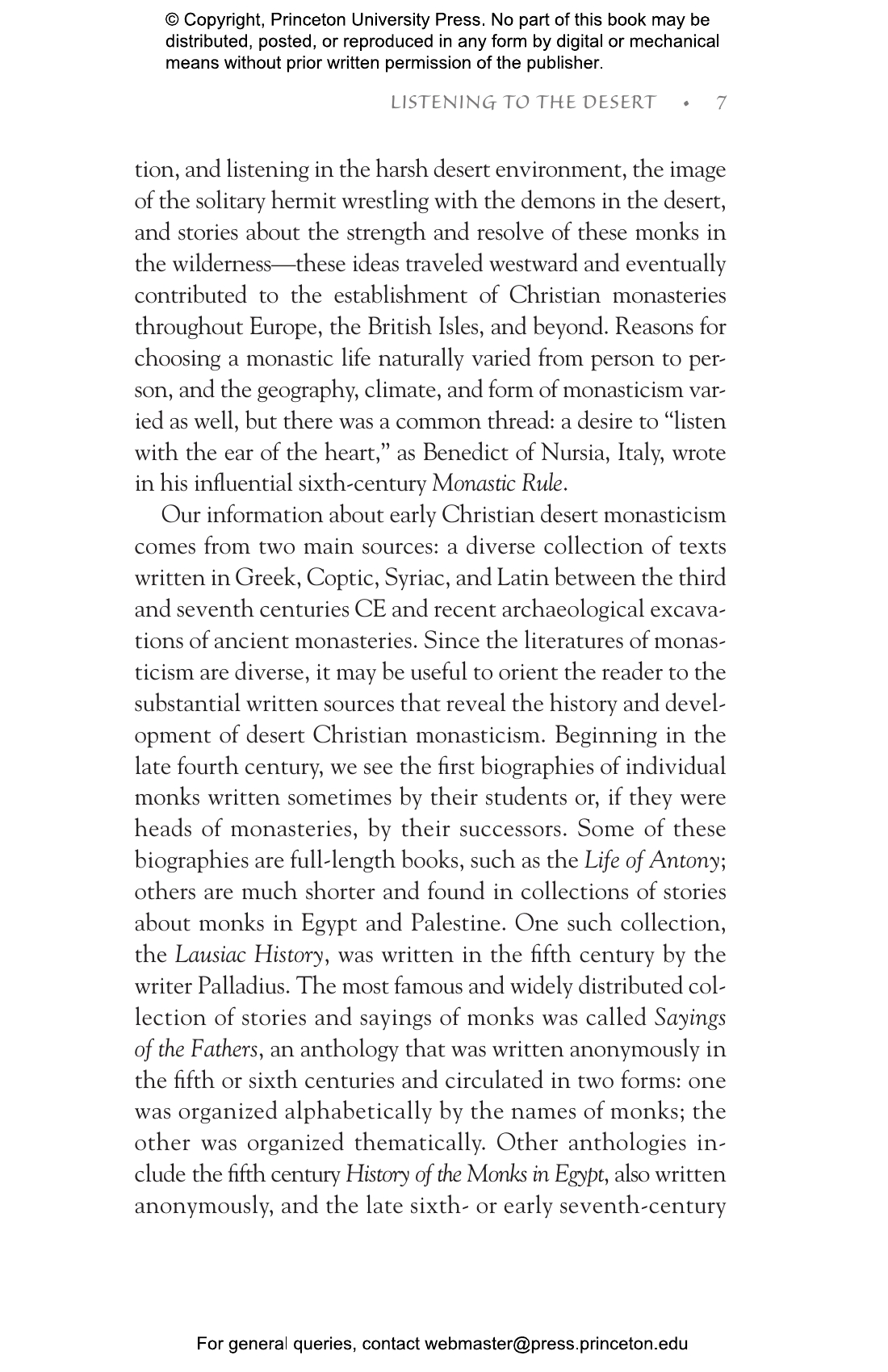 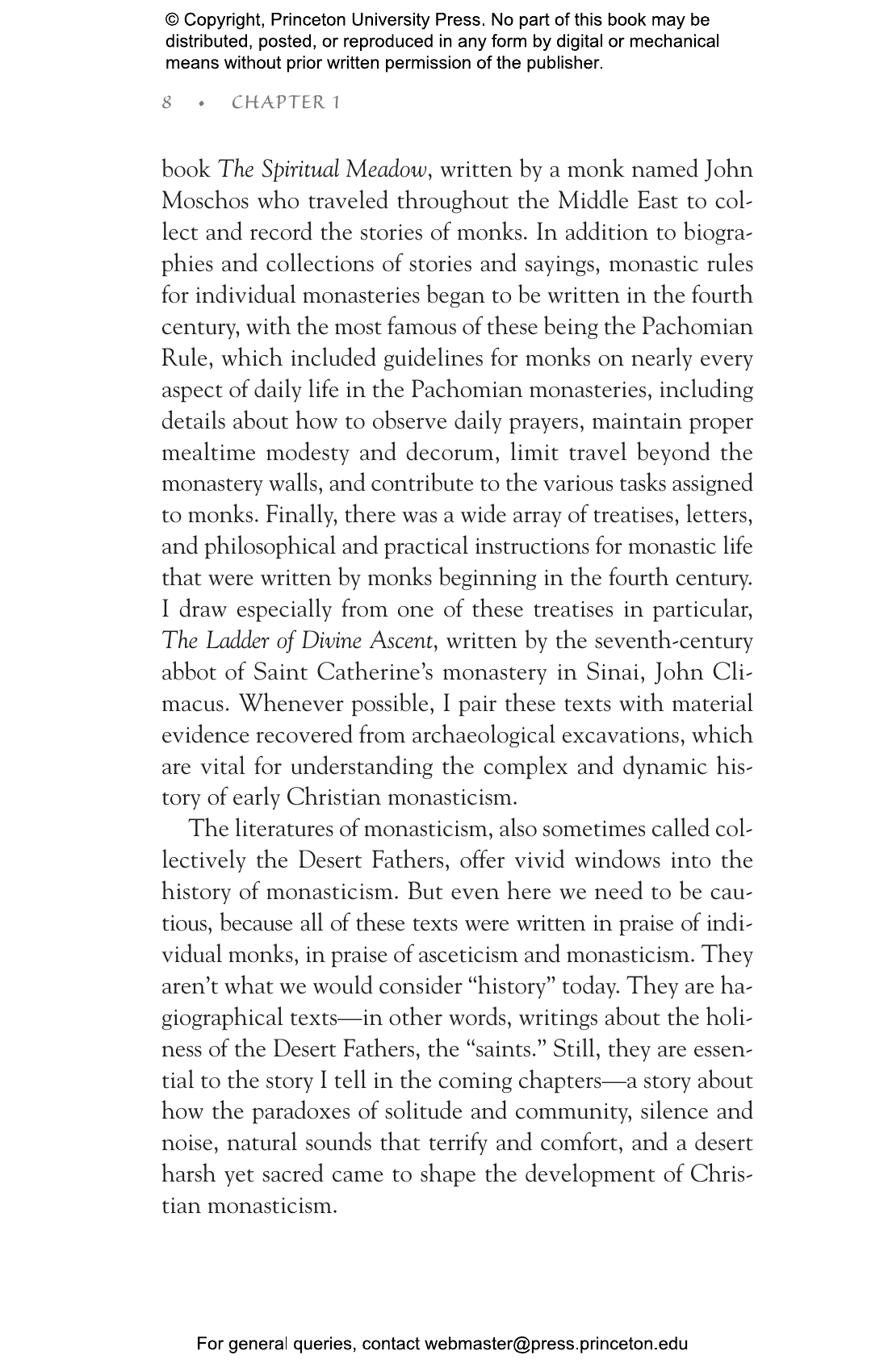 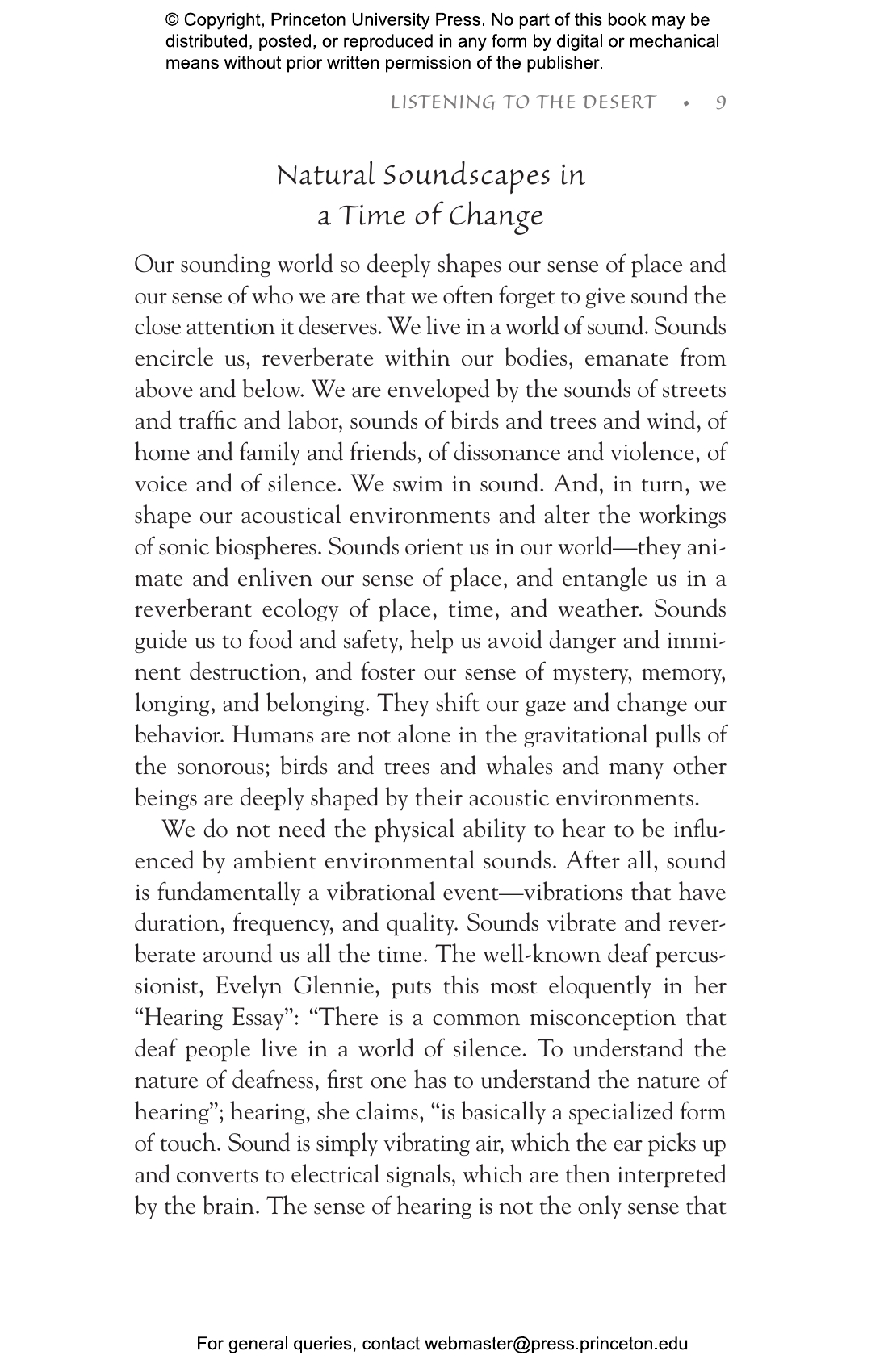 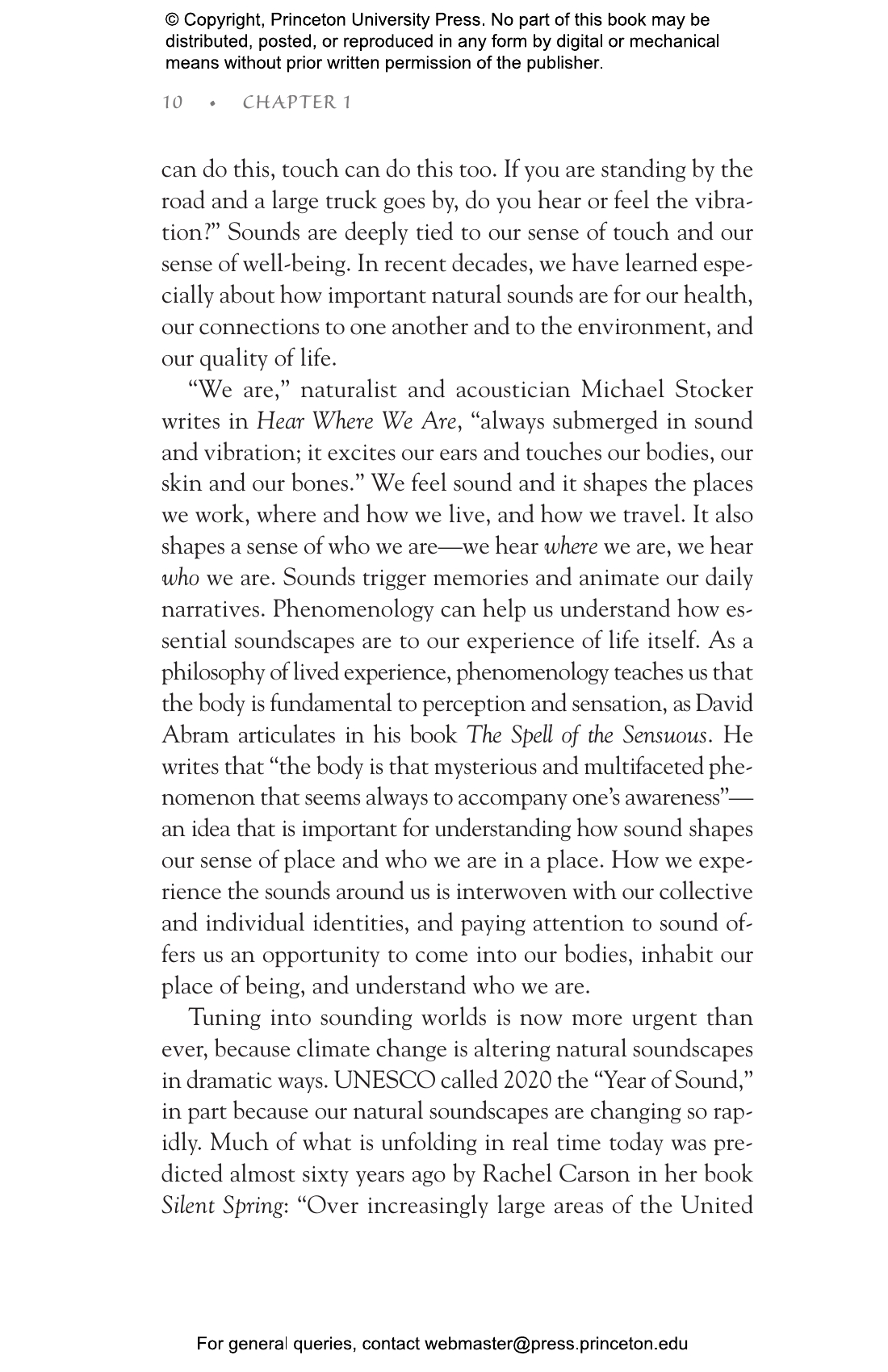 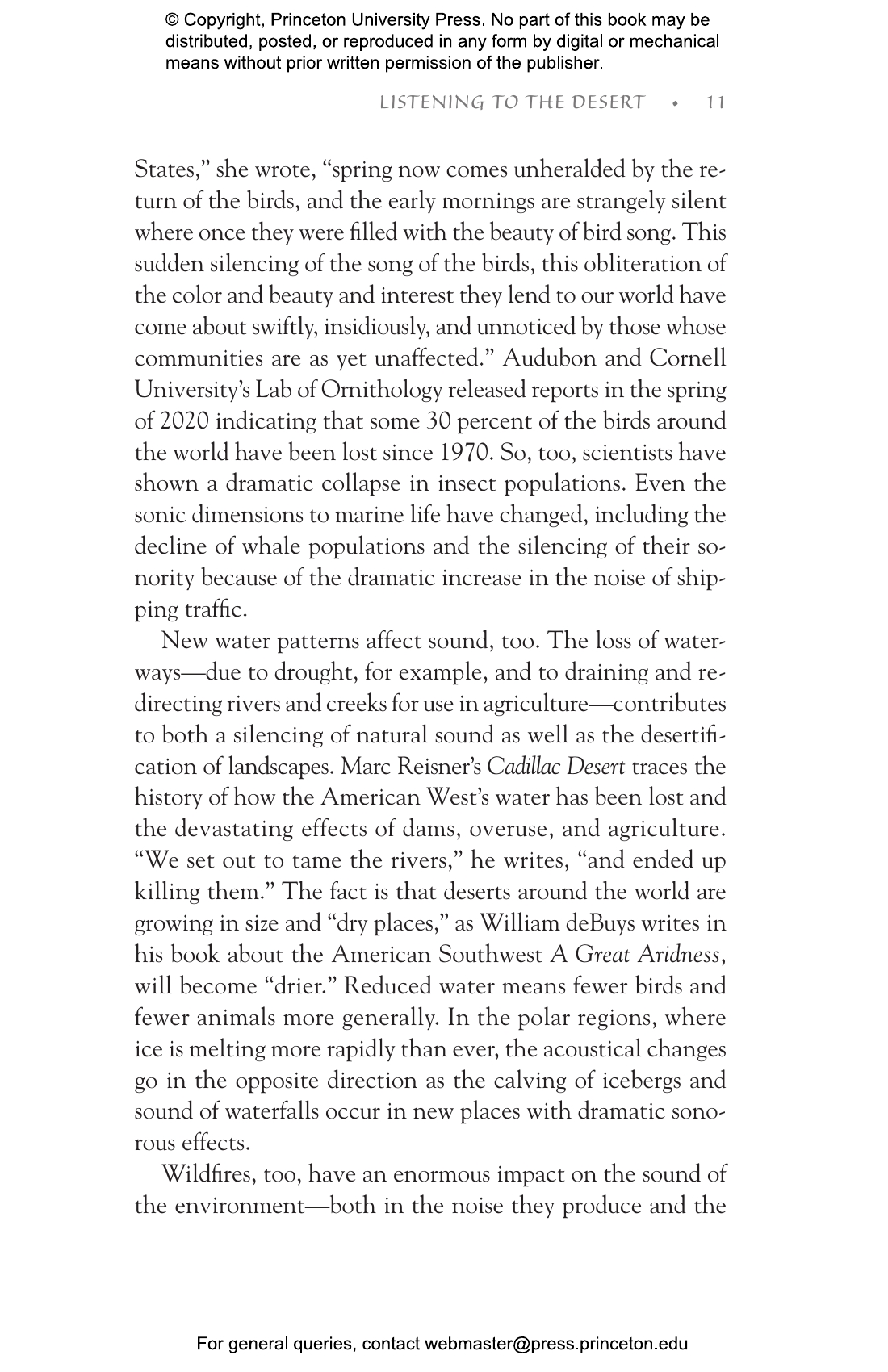 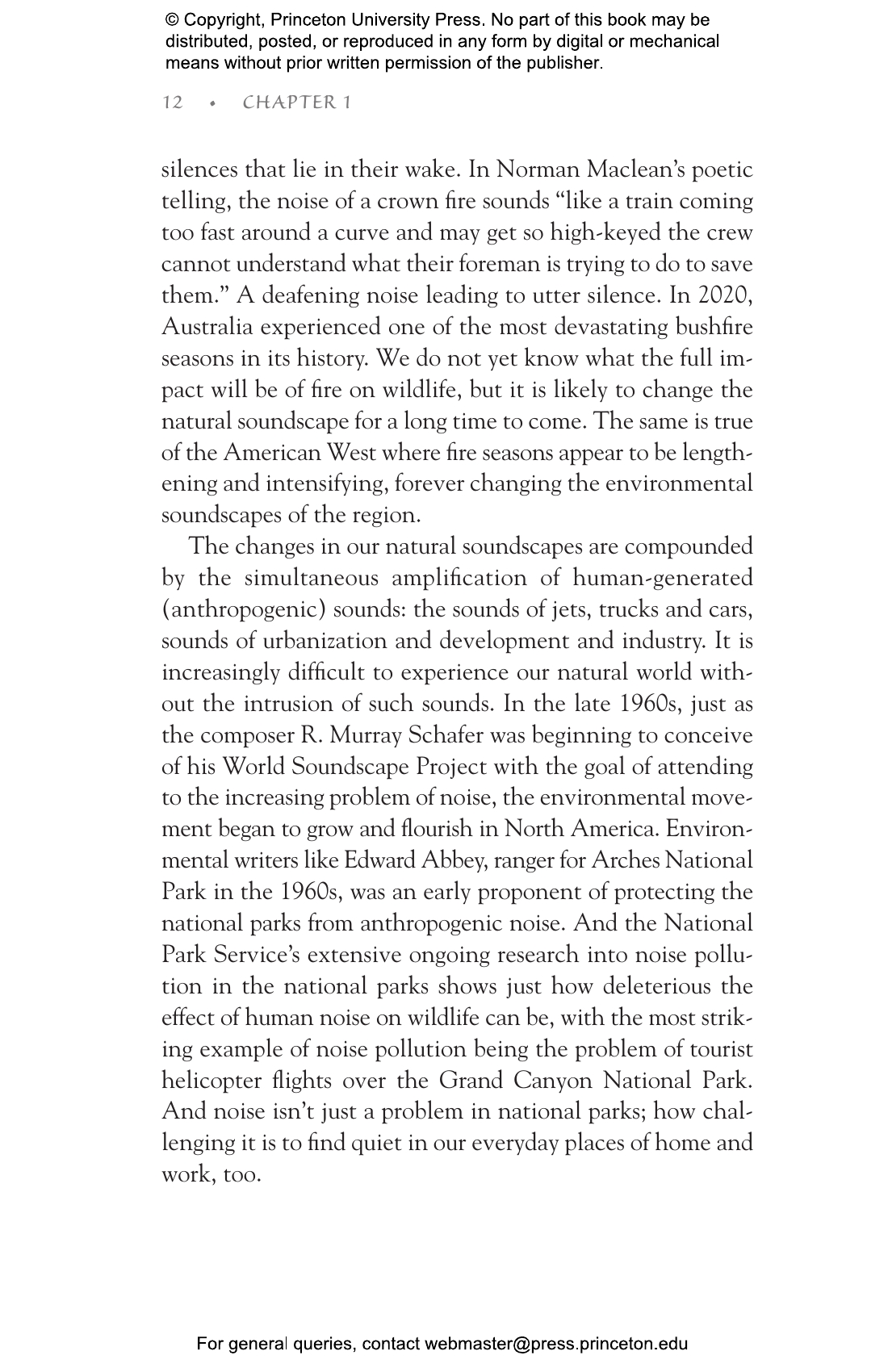 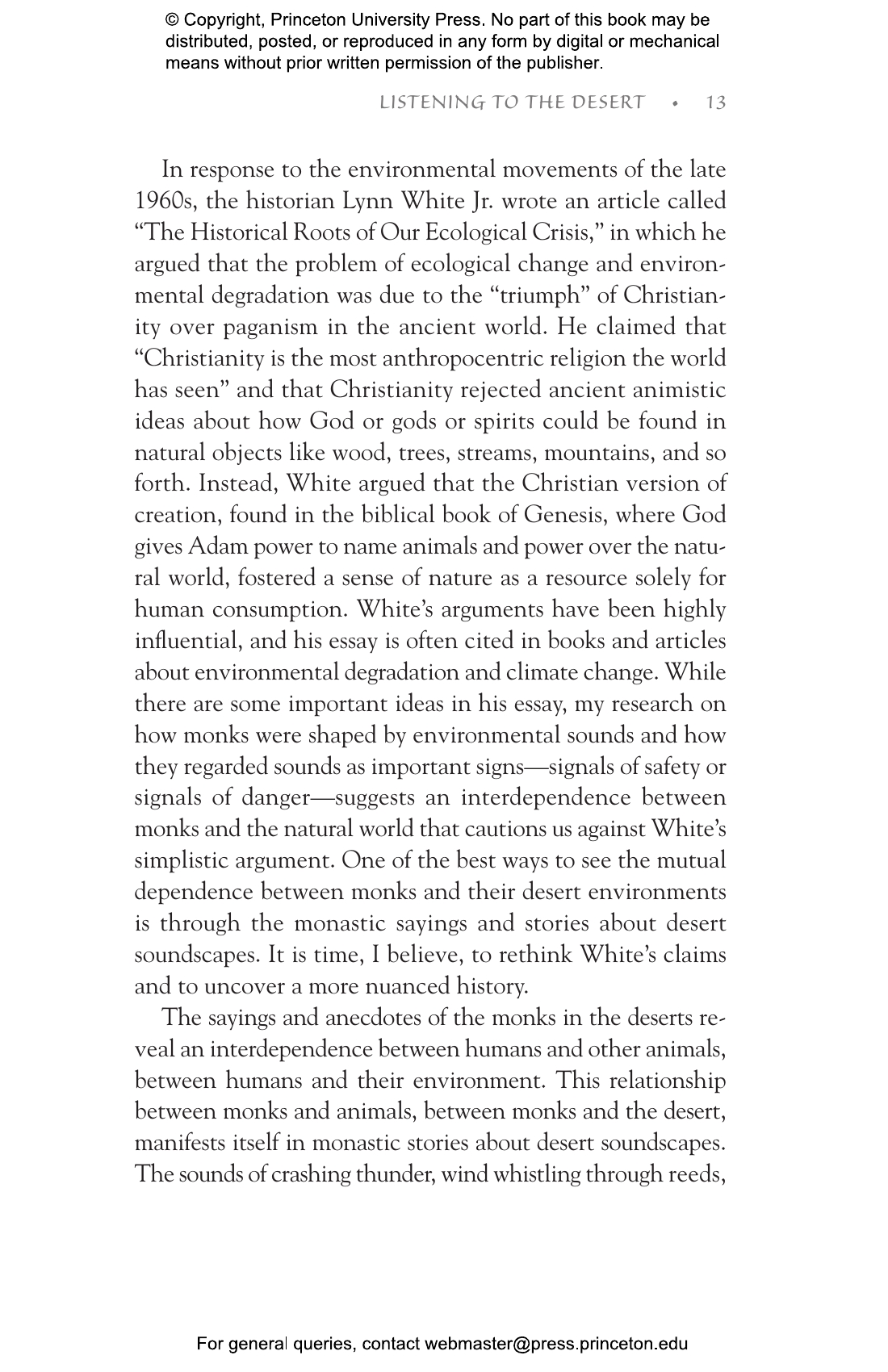 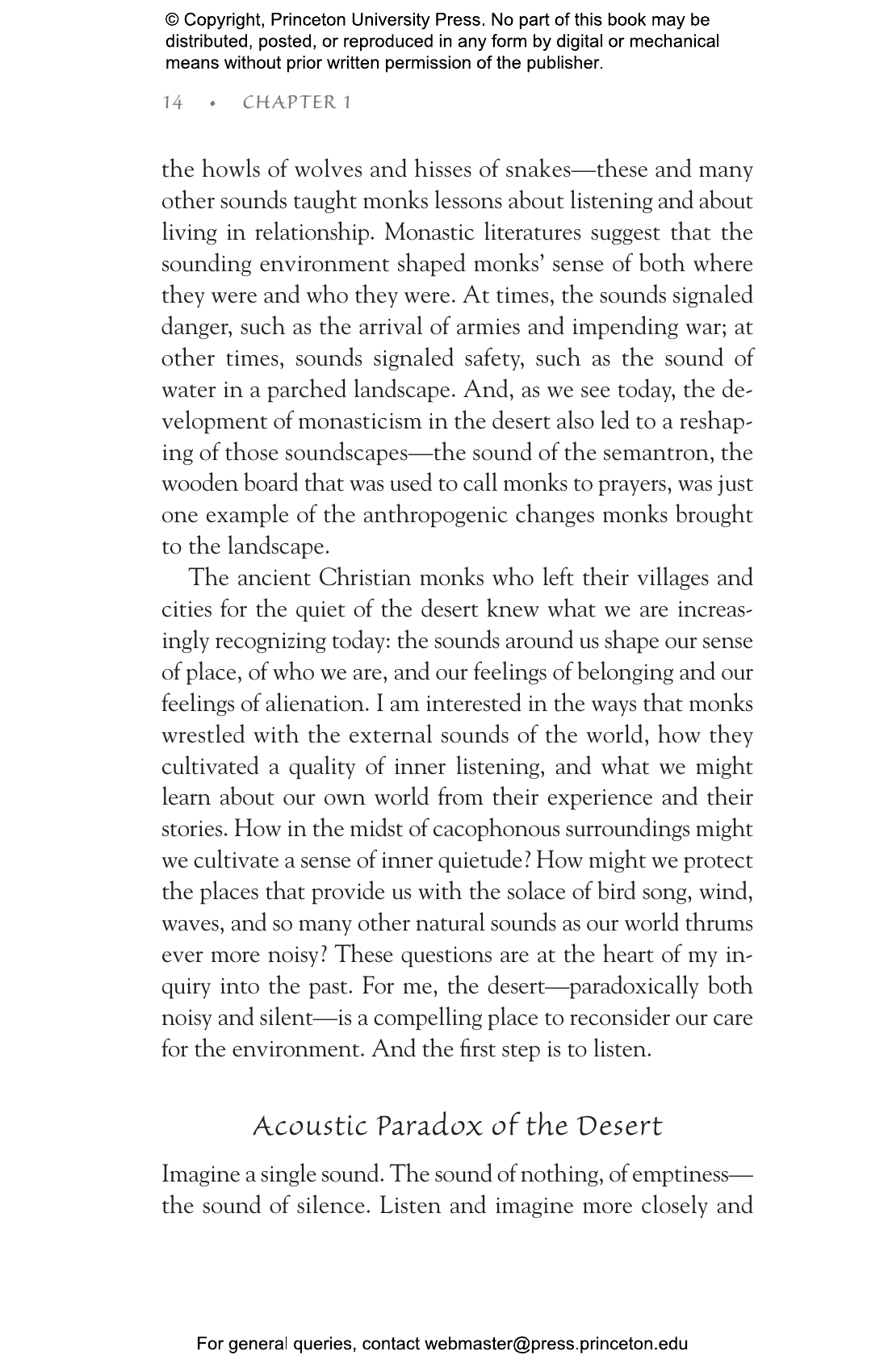 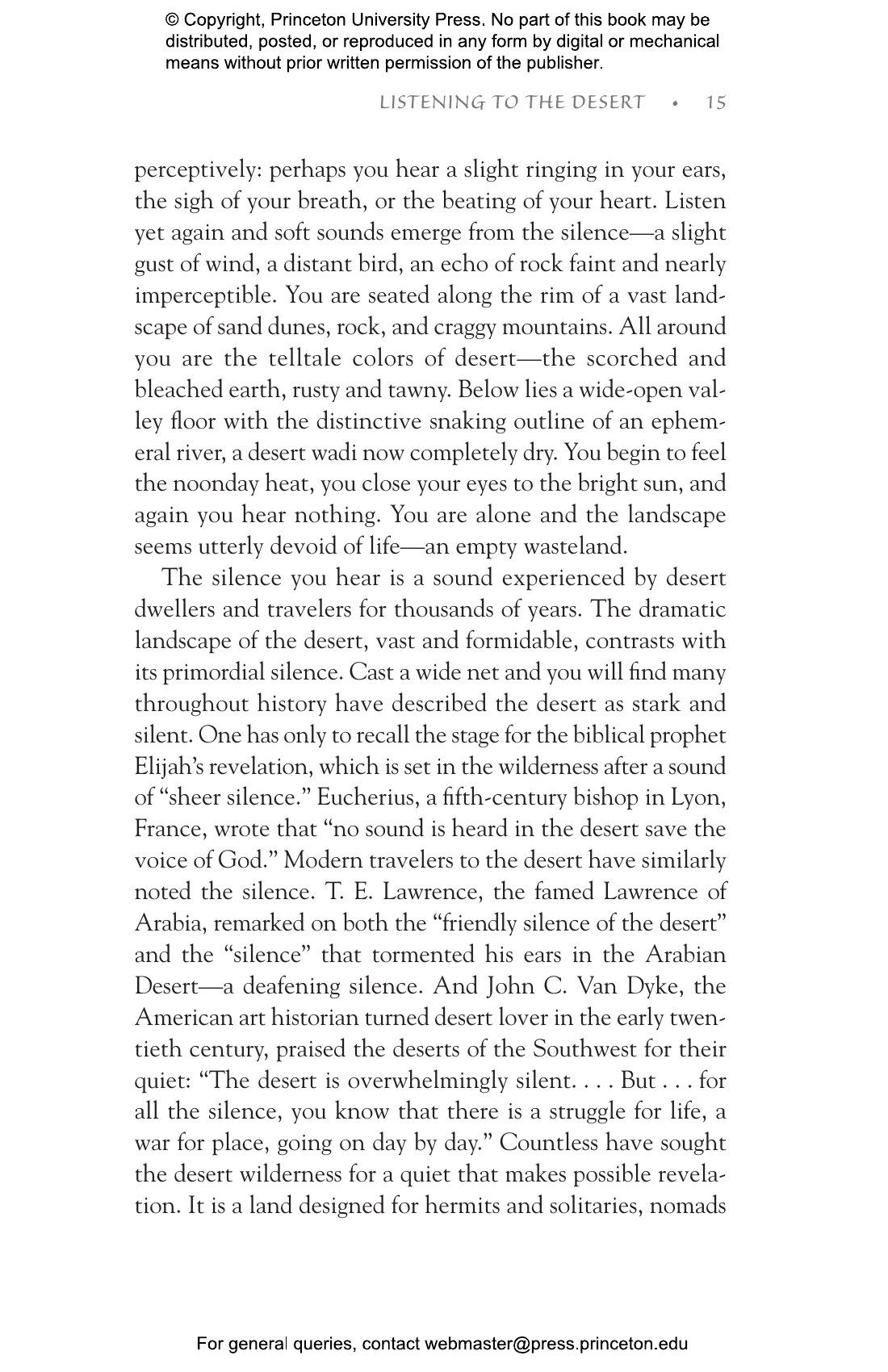 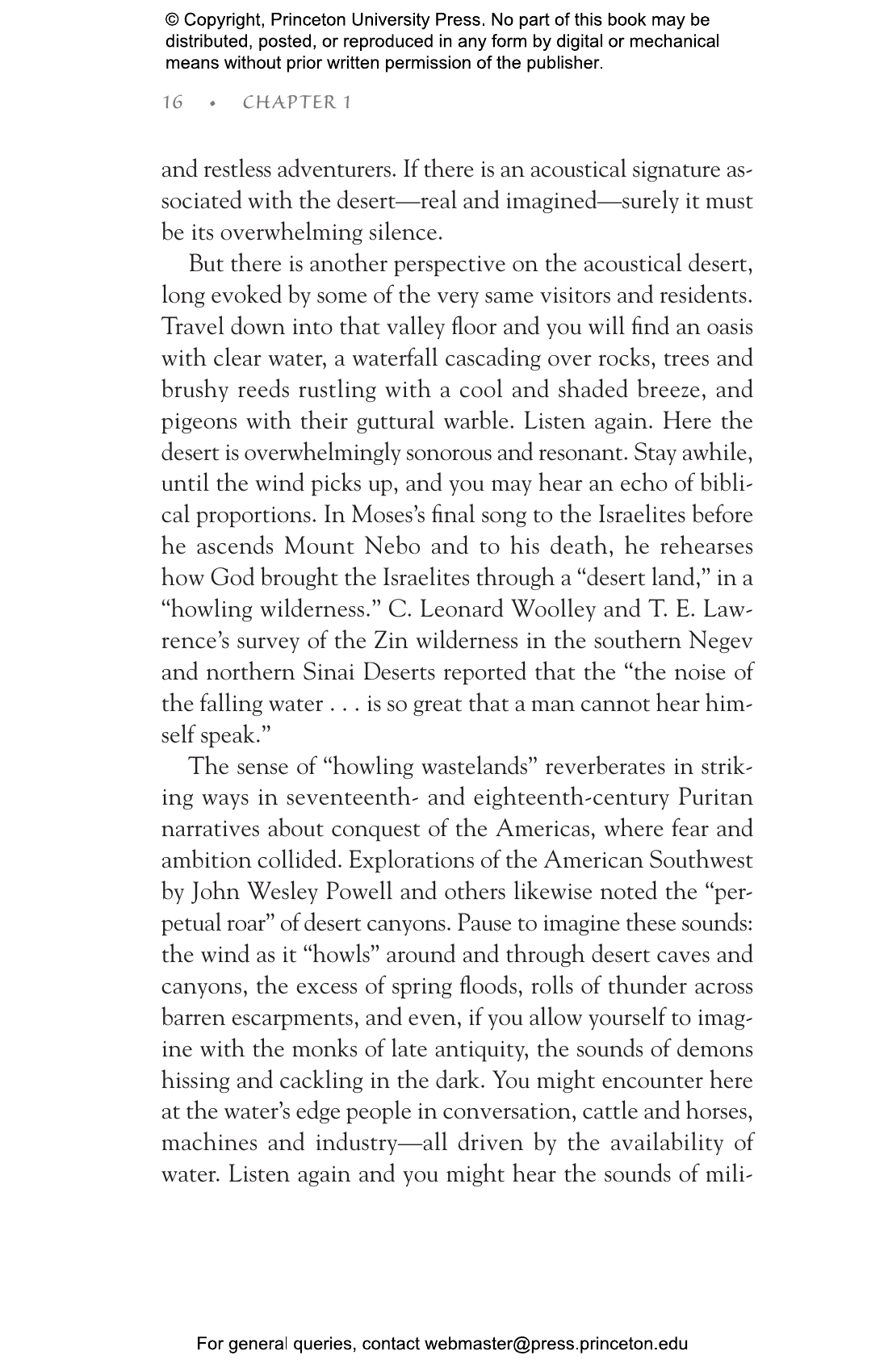 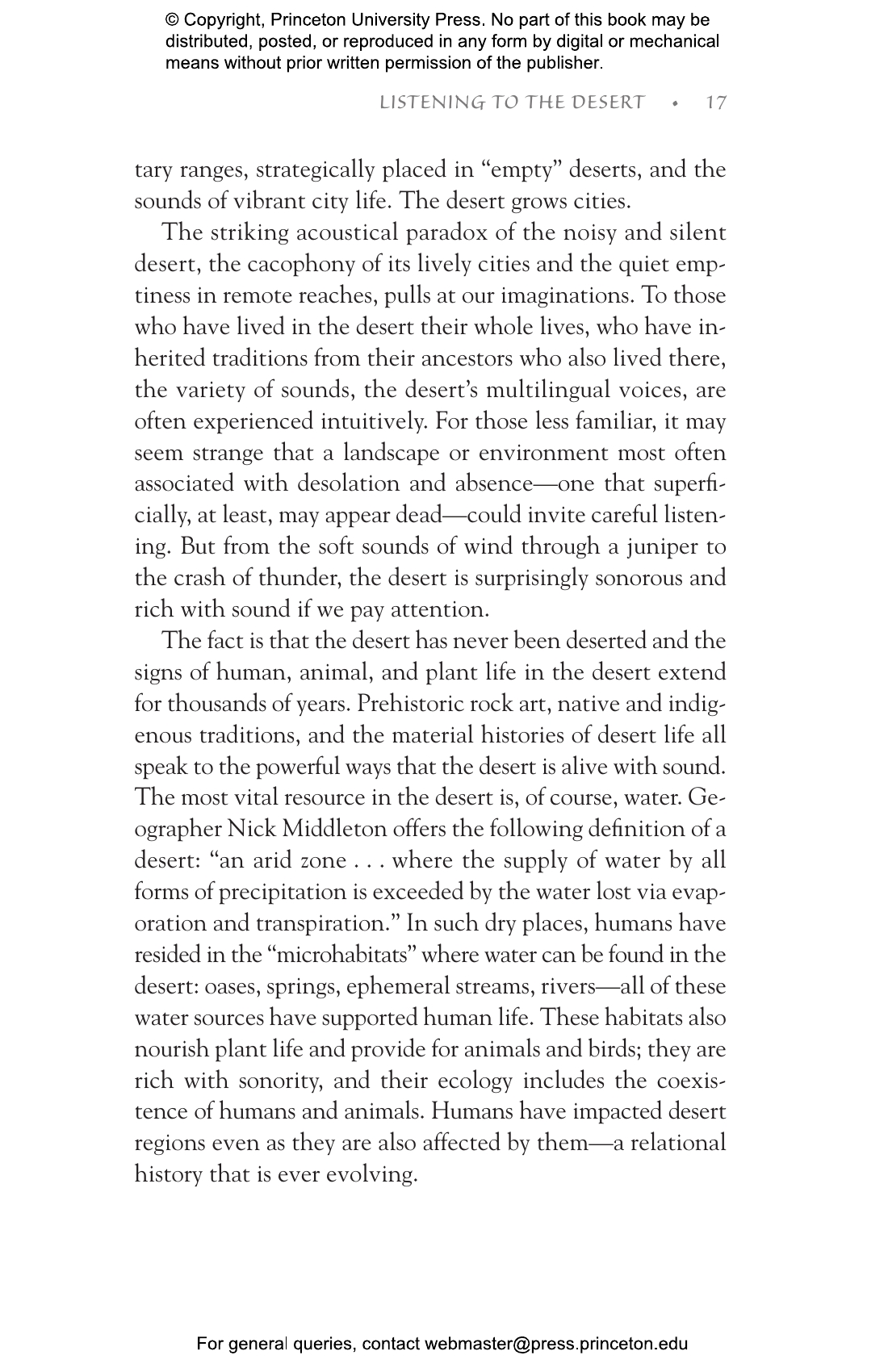 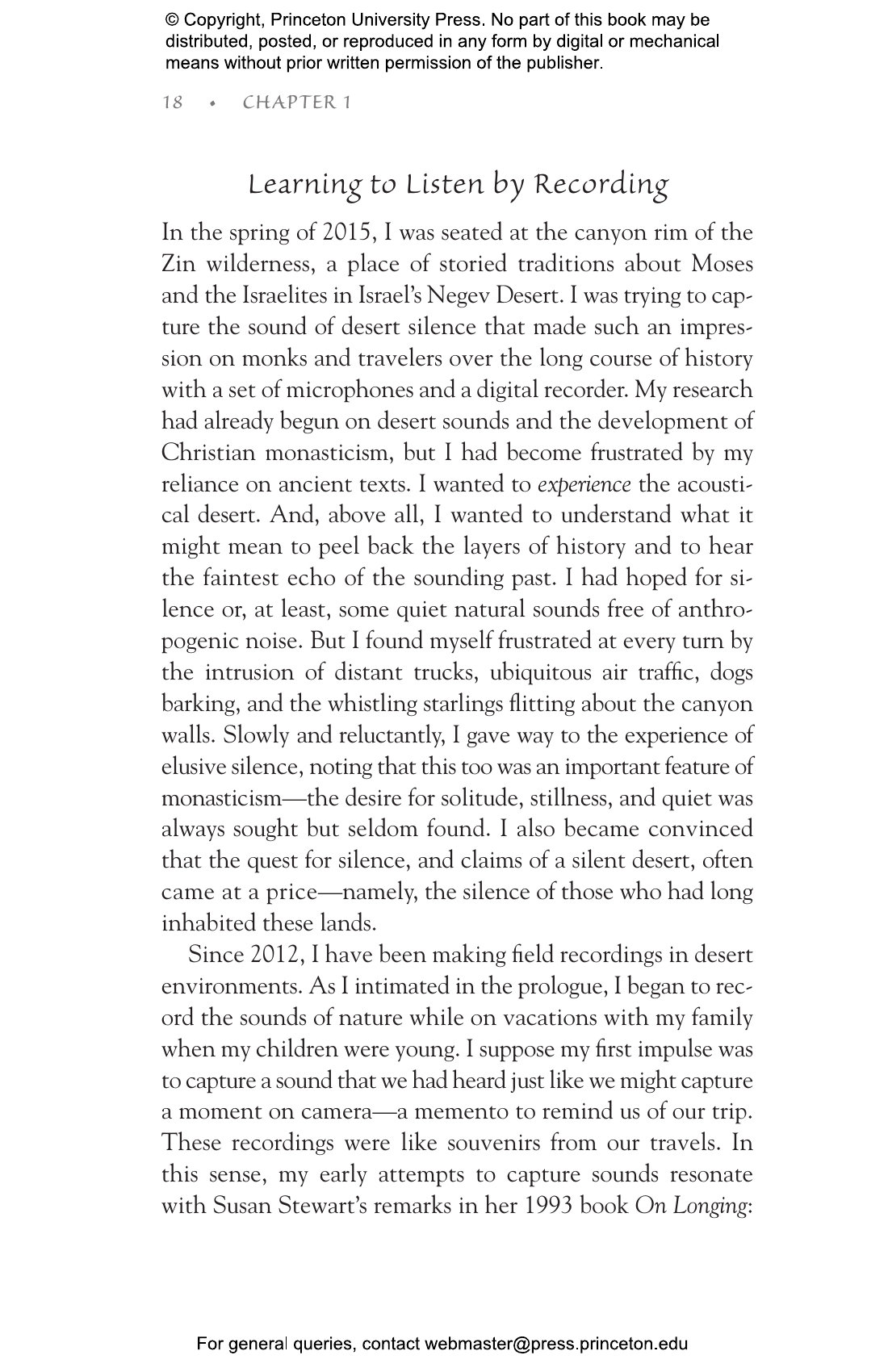 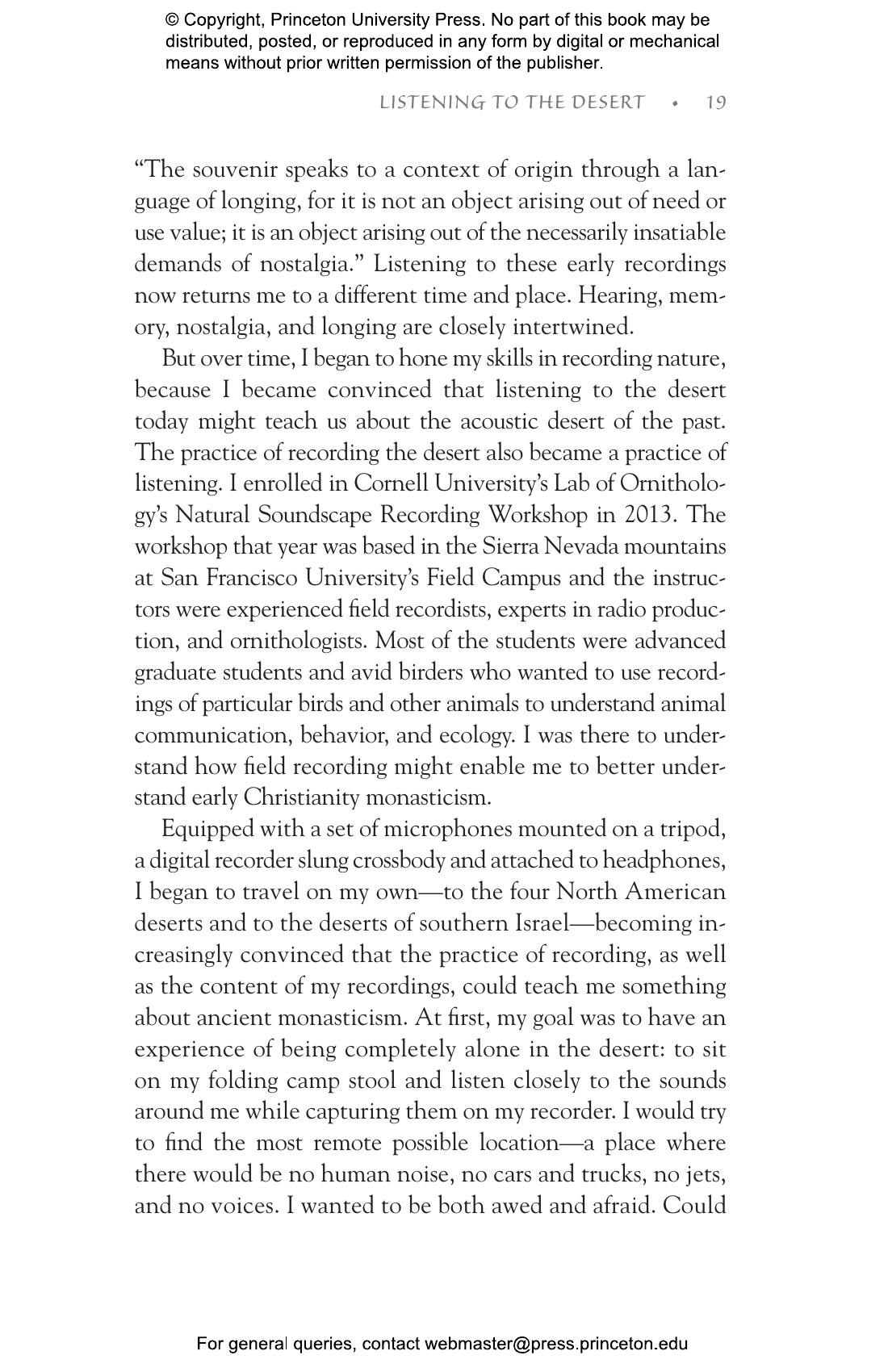 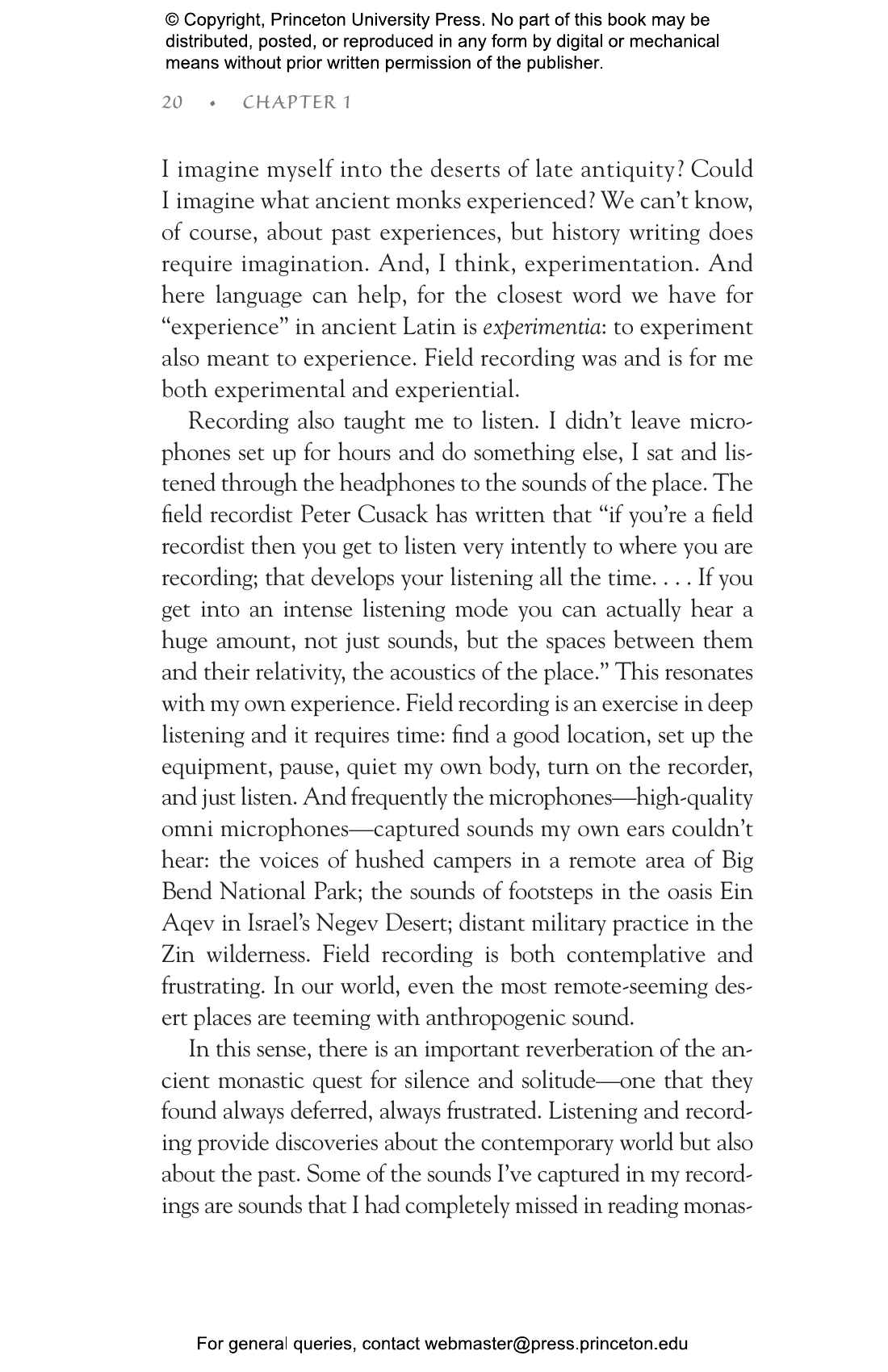 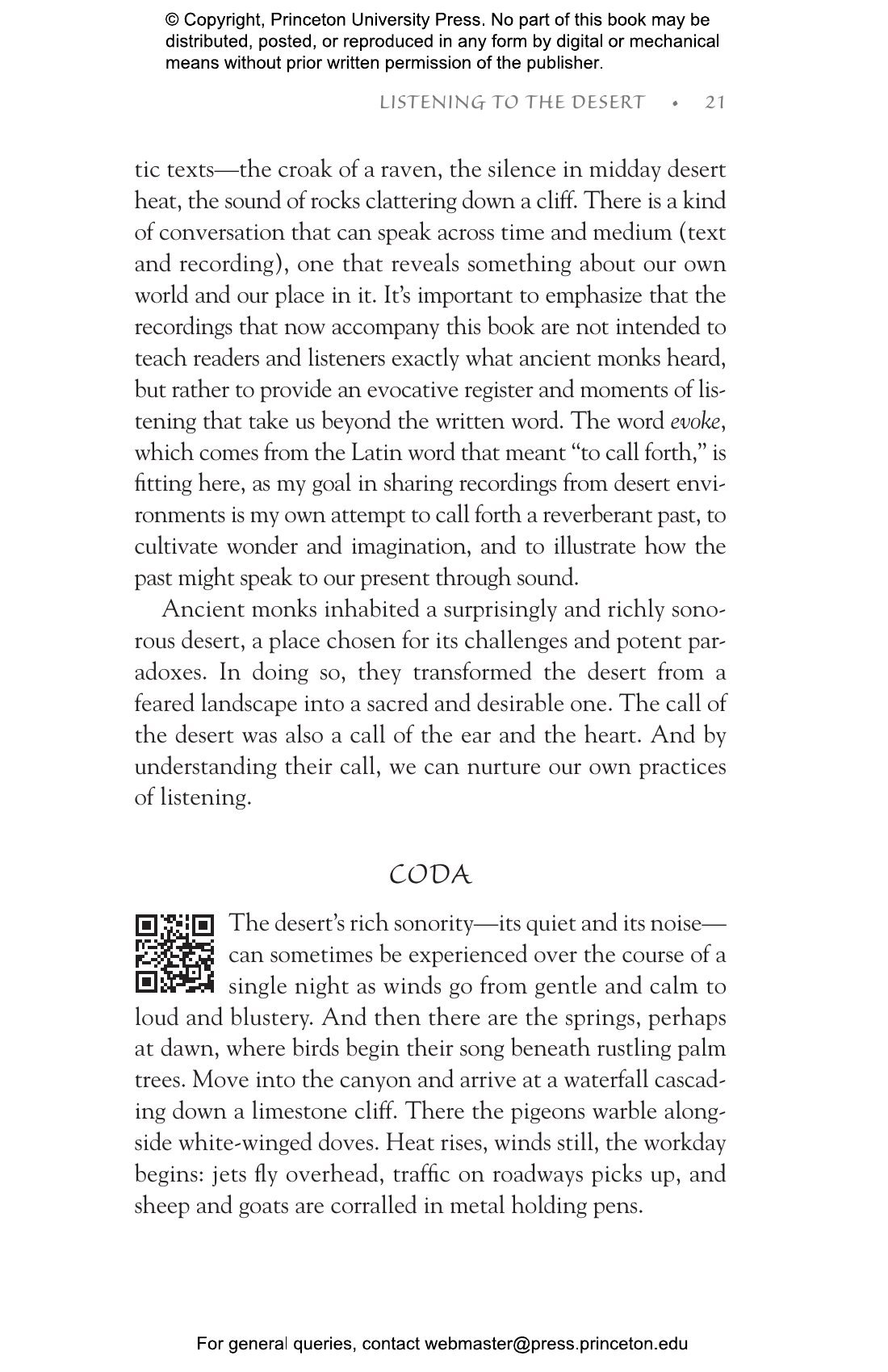 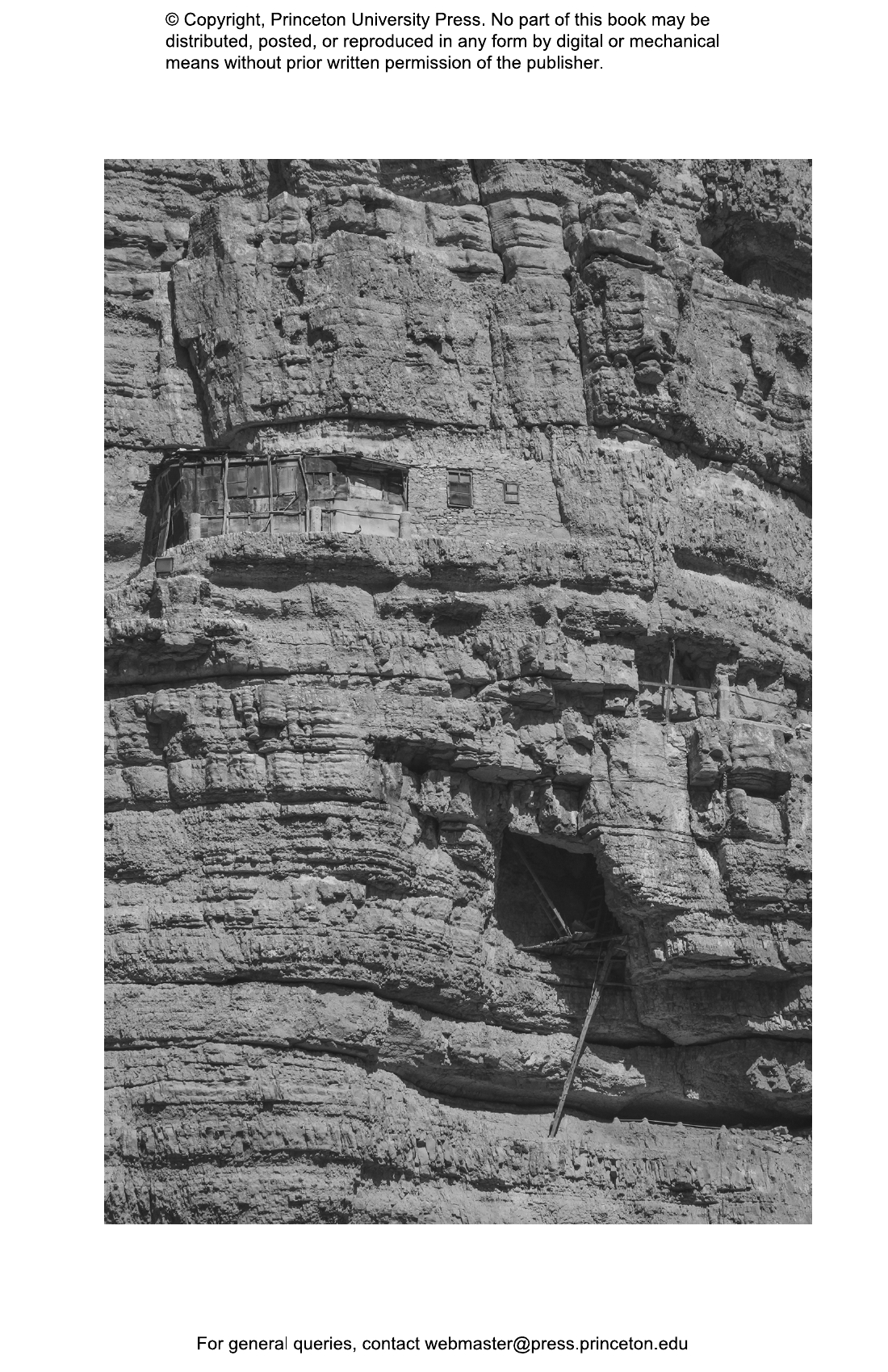 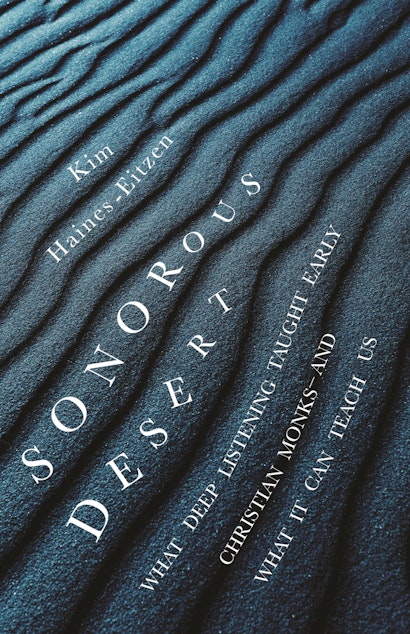 For the hermits and communal monks of antiquity, the desert was a place to flee the cacophony of ordinary life in order to hear and contemplate the voice of God. But these monks discovered something surprising in their harsh desert surroundings: far from empty and silent, the desert is richly reverberant. Sonorous Desert shares the stories and sayings of these ancient spiritual seekers, tracing how the ambient sounds of wind, thunder, water, and animals shaped the emergence and development of early Christian monasticism.

Kim Haines-Eitzen draws on ancient monastic texts from Egypt, Sinai, and Palestine to explore how noise offered desert monks an opportunity to cultivate inner quietude, and shows how the desert quests of ancient monastics offer profound lessons for us about what it means to search for silence. Drawing on her own experiences making field recordings in the deserts of North America and Israel, she reveals how mountains, canyons, caves, rocky escarpments, and lush oases are deeply resonant places. Haines-Eitzen discusses how the desert is a place of paradoxes, both silent and noisy, pulling us toward contemplative isolation yet giving rise to vibrant collectives of fellow seekers.

Accompanied by Haines-Eitzen’s evocative audio recordings of desert environments, Sonorous Desert reveals how desert sounds taught ancient monks about solitude, silence, and the life of community, and how they can help us understand ourselves if we slow down and listen.

Listening to the desert

Kim Haines-Eitzen is the Hendrix Memorial Professor of Early Christianity and Early Judaism at Cornell University. She is the author of The Gendered Palimpsest and Guardians of Letters. She appeared in National Geographic’s The Story of God with Morgan Freeman. She divides her time between Ithaca, New York, and the remote desert mountains of southeastern Arizona.

"A meditative blend of history and travelogue . . . brings the soundscape of the desert to life."—New Yorker

“In an increasingly noisy world, deeply listening to the land is an essential wisdom. This book traces the nuances of silence and sonority in places where the echoes of the past are embedded in the living present. Haines-Eitzen shows readers what it might mean to ‘listen with the ear of the heart.’”—Gavin Van Horn, author of The Way of Coyote: Shared Journeys in the Urban Wilds

“If you’ve fantasized lately about finding calm amid the chaos, listen up! Kim Haines-Eitzen suggests we take a cue from Christian monks who lived more than a millennium ago. They listened to the places they loved, and the result was engagement rather than escapism. Sonorous Desert is acoustics as eco-criticism, an accessible book about an elusive ideal.”—Jamie Kreiner, University of Georgia

“Sonorous Desert is a brilliantly written and wide-reaching meditation on the acoustic landscape of the desert. Reading Haines-Eitzen is like sitting beside her in the desert, training our ears to hear the past in a new way.”—Darlene L. Brooks Hedstrom, author of The Monastic Landscape of Late Antique Egypt: An Archaeological Reconstruction

“Timely, original, and exquisitely written. The beauty and clarity of Haines-Eitzen’s prose is found not only in her rich storytelling but also in her fluid exploration of her subject.”—Stephen J. Davis, author of Monasticism: A Very Short Introduction