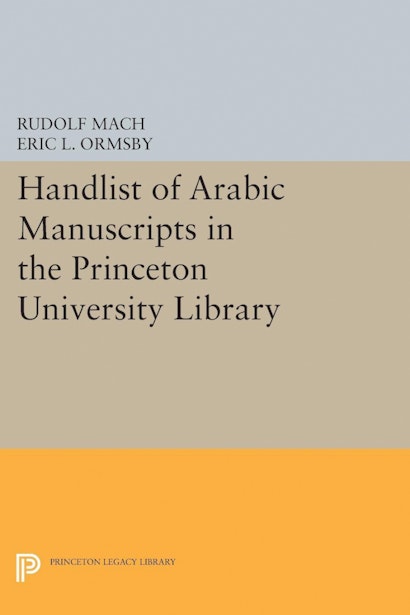 This catalogue describes over 2,000 Arabic manuscripts acquired by the Princeton University Library since the 1950s, providing information on an important collection of Arabic works, many of which were previously unknown or unrecorded.