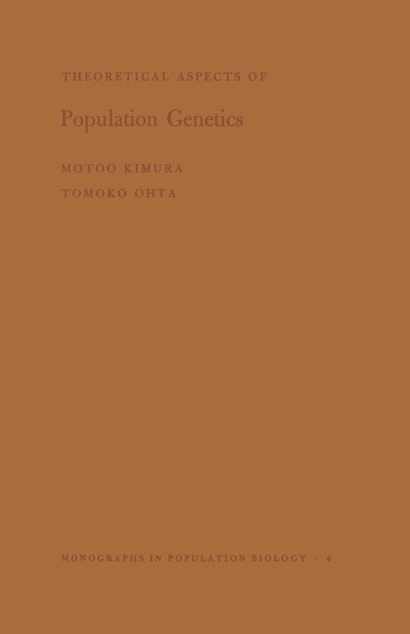 To show the importance of stochastic processes in the change of gene frequencies, the authors discuss topics ranging from molecular evolution to two-locus problems in terms of diffusion models. Throughout their discussion, they come to grips with one of the most challenging problems in population genetics — the ways in which genetic variability is maintained in Mendelian populations.

R.A. Fisher, J.B.S. Haldane, and Sewall Wright, in pioneering works, confirmed the usefulness of mathematical theory in population genetics. The synthesis their work achieved is recognized today as mathematical genetics, that branch of genetics whose aim is to investigate the laws governing the genetic structure of natural populations and, consequently, to clarify the mechanisms of evolution.

For the benefit of population geneticists without advanced mathematical training, Professors Kimura and Ohta use verbal description rather than mathematical symbolism wherever practicable. A mathematical appendix is included.