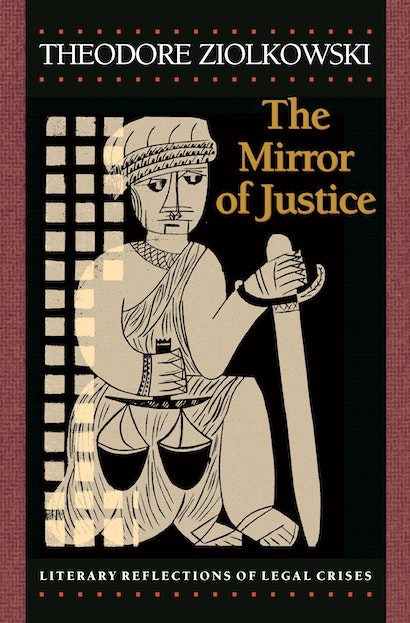 This book studies major works of literature from classical antiquity to the present that reflect crises in the evolution of Western law: the move from a prelegal to a legal society in The Eumenides, the Christianization of Germanic law in Njal’s Saga, the disenchantment with medieval customary law in Reynard the Fox, the reception of Roman law in a variety of Renaissance texts, the conflict between law and equity in Antigone and The Merchant of Venice, the eighteenth-century codification controversy in the works of Kleist, the modern debate between “pure” and “free” law in Kafka’s The Trial and other fin-de-siècle works, and the effects of totalitarianism, the theory of universal guilt, and anarchism in the twentieth century.


Using principles from the anthropological theory of legal evolution, the book locates the works in their legal contexts and traces through them the gradual dissociation over the centuries of law and morality. It thereby associates and illuminates these masterpieces from an original point of view and contributes a new dimension to the study of literature and law.


In contrast to prevailing adherents of Law-and-Literature, this book professes Literature-and-Law, in which the emphasis is historical rather than theoretical, substantive rather than rhetorical, and literary rather than legal. Instead of adducing the literary work to illustrate debates about modern law, this book consults the history of law as an essential aid to the understanding of the literary text and its conflicts.

"Informed and original. . . . This challenging and engaging study has much to offer scholars, teachers, and students."—Choice

"I was entranced at every stage of this book. The author uses 'law and literature' to stunning new effect. He is supremely well informed, but writes accessibly. His intricate knowledge of history, literature, and law is a marvel. The Mirror of Justice will be a major work and will be a fountainhead for further writing and scholarship."—Daniel J. Kornstein, practicing attorney and author of Kill All the Lawyers: Shakespeare's Legal Appeal

"The Mirror of Justice is an excellent book, crammed with an astounding amount of knowledge, highly illuminating in its literary analyses, as well as on issues of the history of juridical theory."—Virgil Nemoianu, The Catholic University of America