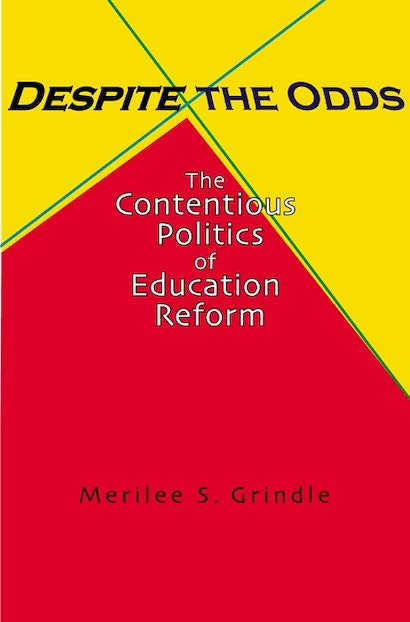 Despite the Odds poses an important question: How can we account for successful policy reform initiatives when the political cards are stacked against change? Theories of politics usually predict that reform initiatives will be unsuccessful when powerful groups are opposed to change and institutions are biased against it. This book, however, shows how the strategic choices of reform proponents alter the destinies of policy reforms by reshaping power equations and undermining institutional biases that impede change.


In many countries, the political path to reform can be daunting. Antireform interests are powerful and support for change is, at best, lukewarm. Centrally important institutions strongly defend the policy status quo. Despite these political odds, reformers have seized the initiative in promoting reform, weakening and marginalizing opposition groups, and marshaling political patrons and networks to advance their initiatives.

Despite the Odds opens the “black box” of decision making in five initiatives designed to enhance the quality of education services in Latin America. The book addresses the strategies used by reformers to manage the political process of change and those adopted by opposition groups and institutions resisting their efforts. Individual chapters consider how leaders set national policy agendas for education, how policy design teams created the content of reform initiatives, how they dealt with the messy and public confrontations that greeted reform proposals when they were announced, and the carryover of political conflict when they were implemented.

Merilee S. Grindle is Edward S. Mason Professor of International Development at the Kennedy School of Government at Harvard University.