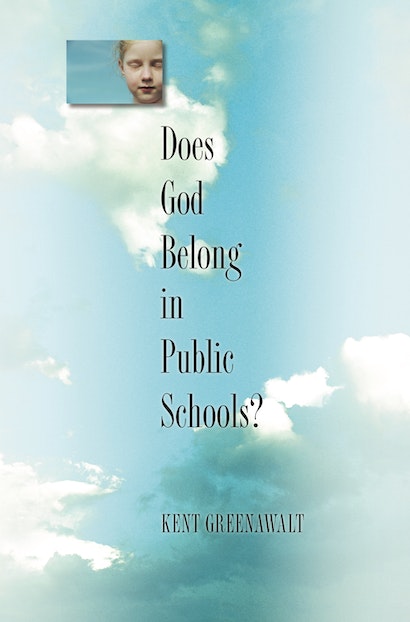 Controversial Supreme Court decisions have barred organized school prayer, but neither the Court nor public policy exclude religion from schools altogether. In this book, one of America’s leading constitutional scholars asks what role religion ought to play in public schools. Kent Greenawalt explores many of the most divisive issues in educational debate, including teaching about the origins of life, sex education, and when — or whether — students can opt out of school activities for religious reasons.


Using these and other case studies, Greenawalt considers how to balance the country’s constitutional commitment to personal freedoms and to the separation of church and state with the vital role that religion has always played in American society. Do we risk distorting students’ understanding of America’s past and present by ignoring religion in public-school curricula? When does teaching about religion cross the line into the promotion of religion?


Tracing the historical development of religion within public schools and considering every major Supreme Court case, Greenawalt concludes that the bans on school prayer and the teaching of creationism are justified, and that the court should more closely examine such activities as the singing of religious songs and student papers on religious topics. He also argues that students ought to be taught more about religion — both its contributions and shortcomings — especially in courses in history. To do otherwise, he writes, is to present a seriously distorted picture of society and indirectly to be other than neutral in presenting secularism and religion.


Written with exemplary clarity and even-handedness, this is a major book about some of the most pressing and contentious issues in educational policy and constitutional law today.

Kent Greenawalt is University Professor teaching at the Columbia University School of Law, and a former Deputy Solicitor General of the United States. He is the author of Religious Convictions and Political Choice, Private Consciences and Public Reasons, Fighting Words (Princeton), and Religion and the Constitution: Volume 1: Free Exercise and Fairness (also Princeton).

"Greenawalt tackles one of the truly intractable problems encountered in applying the Constitution to public life. . . . [He] is refreshingly free of dogmatism. His judgments and conclusions are carefully drawn and nuanced, and he demonstrates how small changes in the facts can produce very different constitutional outcomes. This book will make you think clearly—and show you how."—Publishers Weekly

"This is a useful book for anyone wanting to understand the intersection of religion, public education, and constitutional law in the United States. . . . [It] rises to the highest standard one could expect of legal writing on public policy matters. Greenawalt does a good job leading anyone unfamiliar with the issues through a complicated legal, practical, educational, moral, and political thicket."—Thomas F. Powers, Law and Politics Book Review

"Teachers, school administrators, and parents will find as much of interest and practical benefit as will scholars in fields such as teacher education, education administration, and school law."—Library Journal

"Greenawalt will strike most readers as a fair-minded moderate. . . [He] concludes there should be God in the public schools, but only as something to ponder and discuss—never to worship."—David Ruenzel, Teacher Magazine

"This is a major book by one of America's leading scholars in the fields of law and philosophy. It tackles a broad set of issues concerning public schools and religion that have been treated by others only partially and often far more abstractly. Greenawalt's book is a significant contribution to scholarship on matters of great and widespread public interest as well as scholarly importance."—Stephen Macedo, Princeton University

"Kent Greenawalt has written an excellent book on an important topic. Scholars and lay readers alike will appreciate his accessible prose and his accurate treatment of the legal doctrine. Greenawalt's approach to sensitive issues about church and state is invariably fair, honest, and reasonable. In a domain that invites dogmatism, Greenawalt exhibits none."—Chris Eisgruber, Princeton University