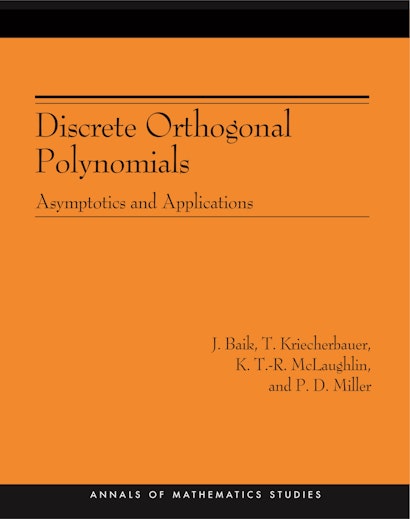 This book describes the theory and applications of discrete orthogonal polynomials — polynomials that are orthogonal on a finite set. Unlike other books, Discrete Orthogonal Polynomials addresses completely general weight functions and presents a new methodology for handling the discrete weights case.

"This volume is a well written contribution to the theory of asymptotics of discrete orthogonal polynomials and its applications."—H.J. Glaeske, Zentralblatt MATH

"The book includes the authors' own research results developed over the last years. Their approach and proofs are straightforward constructive making this monograph accessible and valuable to undergraduate and graduate students, PhD students and researchers involved in the asymptotic analysis of systems of discrete orthogonal polynomials."—Octavian Agratini, Mathematica

"This book is very interesting. It pulls together several methods developed during the last twenty years and makes them into a general theory. Thanks to this general theory, several open problems are solved. The organization of the book is very nice."—Sylvie Corteel, Mathematical Reviews