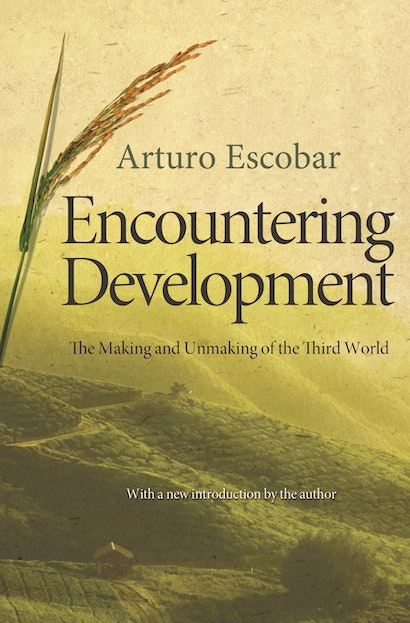 How did the industrialized nations of North America and Europe come to be seen as the appropriate models for post-World War II societies in Asia, Africa, and Latin America? How did the postwar discourse on development actually create the so-called Third World? And what will happen when development ideology collapses? To answer these questions, Arturo Escobar shows how development policies became mechanisms of control that were just as pervasive and effective as their colonial counterparts. The development apparatus generated categories powerful enough to shape the thinking even of its occasional critics while poverty and hunger became widespread. “Development” was not even partially “deconstructed” until the 1980s, when new tools for analyzing the representation of social reality were applied to specific “Third World” cases. Here Escobar deploys these new techniques in a provocative analysis of development discourse and practice in general, concluding with a discussion of alternative visions for a postdevelopment era.


Escobar emphasizes the role of economists in development discourse — his case study of Colombia demonstrates that the economization of food resulted in ambitious plans, and more hunger. To depict the production of knowledge and power in other development fields, the author shows how peasants, women, and nature became objects of knowledge and targets of power under the “gaze of experts.”


In a substantial new introduction, Escobar reviews debates on globalization and postdevelopment since the book’s original publication in 1995 and argues that the concept of postdevelopment needs to be redefined to meet today’s significantly new conditions. He then calls for the development of a field of “pluriversal studies,” which he illustrates with examples from recent Latin American movements.

Arturo Escobar is the Kenan Distinguished Professor of Anthropology at the University of North Carolina, Chapel Hill. His most recent book is Territories of Difference.

"Arturo Escobar has given us an important and exciting take on issues of Third World development and its alternatives. . . . [This book] indisputably provides some exciting and significant new ways of thinking about development. . . . Arturo Escobar has done us all a service."—Contemporary Sociology

"[T]he cultural critique—and politics—proposed in this penetrating book are crucial in these perilous times."—Michael F. Jiménez, American Journal of Sociology

"An intelligent and thorough overview of the rise of the concept of 'development' . . . . [This book] represents the best of interdisciplinary work in cultural studies and speaks to central debates across the permeable borders of anthropology, economics, history, sociology, and development studies."—Orin Starn, Duke University