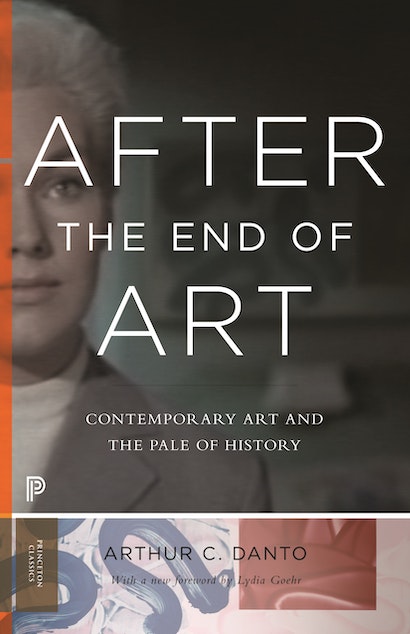 A classic of art criticism and philosophy, After the End of Art continues to generate heated debate for its radical and famous assertion that art ended in the 1960s. Arthur Danto, a philosopher who was also one of the leading art critics of his time, argues that traditional notions of aesthetics no longer apply to contemporary art and that we need a philosophy of art criticism that can deal with perhaps the most perplexing feature of current art: that everything is possible.

An insightful and entertaining exploration of art’s most important aesthetic and philosophical issues conducted by an acute observer of contemporary art, After the End of Art argues that, with the eclipse of abstract expressionism, art deviated irrevocably from the narrative course that Vasari helped define for it in the Renaissance. Moreover, Danto makes the case for a new type of criticism that can help us understand art in a posthistorical age where, for example, an artist can produce a work in the style of Rembrandt to create a visual pun, and where traditional theories cannot explain the difference between Andy Warhol’s Brillo Box and the product found in the grocery store.

After the End of Art addresses art history, pop art, “people’s art,” the future role of museums, and the critical contributions of Clement Greenberg, whose aesthetics-based criticism helped a previous generation make sense of modernism. Tracing art history from a mimetic tradition (the idea that art was a progressively more adequate representation of reality) through the modern era of manifestos (when art was defined by the artist’s philosophy), Danto shows that it wasn’t until the invention of pop art that the historical understanding of the means and ends of art was nullified. Even modernist art, which tried to break with the past by questioning the ways in which art was produced, hinged on a narrative.

Arthur C. Danto (1924–2013) was the Johnsonian Professor Emeritus of Philosophy at Columbia University and art critic for The Nation. His books include What Art Is, The Transfiguration of the Commonplace, Embodied Meanings, Beyond the Brillo Box, and Encounter and Reflections, winner of the National Book Critics Circle Prize in Criticism. Lydia Goehr is professor of philosophy at Columbia University. Her books include The Imaginary Museum of Musical Works and Elective Affinities.

"If you are seriously attentive to contemporary art, you are already aware of Danto and his general positions, and owe it to yourself to read this book. If you are not, but are genuinely curious, you would do well to follow him. . . . Throughout it is clear and direct; at best, it is brilliantly crystalline. . . . I know of no more useful single book on art today."—Michael Pakenham, Baltimore Sun

"Danto was and remains the high priest of pluralism, and arch-critic of the view that art has a distinctive essence. . . . The chapters in this book are a challenging read, but a good one, because they take us to the heart of a living and profoundly interesting contemporary debate."—A. C. Grayling, Financial Times

"In this, Dr. Danto's best book yet , he helps us make sense of the times we are living in."—Richard Dorment, Art Newspaper

"Is Danto gloomy about the end of art? Not in the slightest. . . . Danto is nothing if not cheered by the prospect of an art world in which 'everything is permitted.'"—Roger Copeland, Wilson Quarterly

"The need for critical works such as this one—learned, discerning and refreshingly open-minded—is perhaps greater than ever."—Publishers Weekly

"Required reading for anyone seriously interested in late-modern and contemporary art."—Library Journal