From Pulitzer Prize–winning critic Michael Dirda, a delightful introduction to the creator of Sherlock Holmes 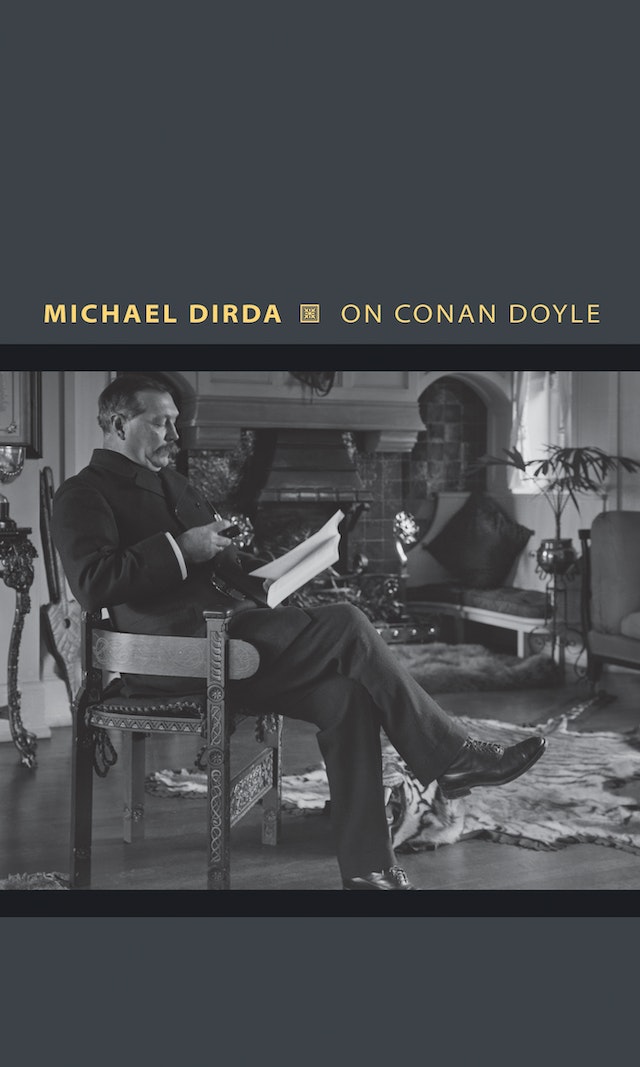 A passionate lifelong fan of the Sherlock Holmes adventures, Pulitzer Prize–winning critic Michael Dirda is a member of The Baker Street Irregulars—the most famous and romantic of all Sherlockian groups. Combining memoir and appreciation, On Conan Doyle is a highly engaging personal introduction to Holmes’s creator, as well as a rare insider’s account of the curiously delightful activities and playful scholarship of The Baker Street Irregulars.

On Conan Doyle is a much-needed celebration of Arthur Conan Doyle’s genius for every kind of storytelling.

Michael Dirda is a Pulitzer Prize–winning critic and longtime book columnist for the Washington Post. He is the author of four collections of essays, Readings, Bound to Please, Book by Book, and Classics for Pleasure, as well as the memoir An Open Book. A lifelong Sherlock Holmes and Conan Doyle fan, he was inducted into The Baker Street Irregulars in 2002.

"Imagine having a really unbelievably well-read friend, who likes the same stuff that you do but is able to articulate why he loves it so much better than you can. And while explaining it points you at a hundred books and authors you'd love but haven't heard of or have never got around to reading. And who makes you feel, by the end of his explanation, as if you've been inaugurated into a secret society of people who love what can be done with words. And somewhere on the way he will teach you everything you need to know about Sir Arthur Conan Doyle, and Sherlock Holmes, and the mysteries of The Baker Street Irregulars. That's who Michael Dirda is, and that's what this book does."—Neil Gaiman

"Michael Dirda is a very dangerous man. His delight—his life's work—is to declare his adoration for some literary gem with such passion, and such precision, we cannot help being infected. On Conan Doyle traces the arc of one such love affair, from a childhood flashlit encounter with A Gigantic Hound to black-tie dinners with The Baker Street Irregulars. The danger, of course, is that once we read this seductive love letter, we'll end up enthralled not just with Sir Arthur Conan Doyle but also with Michael Dirda."—Laurie R. King

"It isn't often that I have sat and read 45,000 words nonstop. But like an old-style bookman, Michael Dirda is both erudite and deeply entertaining. He reminds us that Arthur Conan Doyle was not just the creator of the most famous character in modern literature, but also one of the finest writers of the Victorian and Edwardian periods. Packed with critical insights and personal observations, On Conan Doyle may be a small book but it deserves a very large audience."—Michael F. Whelan, head of The Baker Street Irregulars

"This is a much-needed guide to the life and works of Arthur Conan Doyle. He has long been regarded as little more than the author of the Sherlock Holmes stories, but Michael Dirda's book proves that he was a far more important literary figure than that. Dirda brings considerable Sherlockian and Doylean experience to the table and, as a Pulitzer Prize-winning literary critic, he also draws on a lifetime of diverse reading."—Christopher Roden, founder of The Arthur Conan Doyle Society