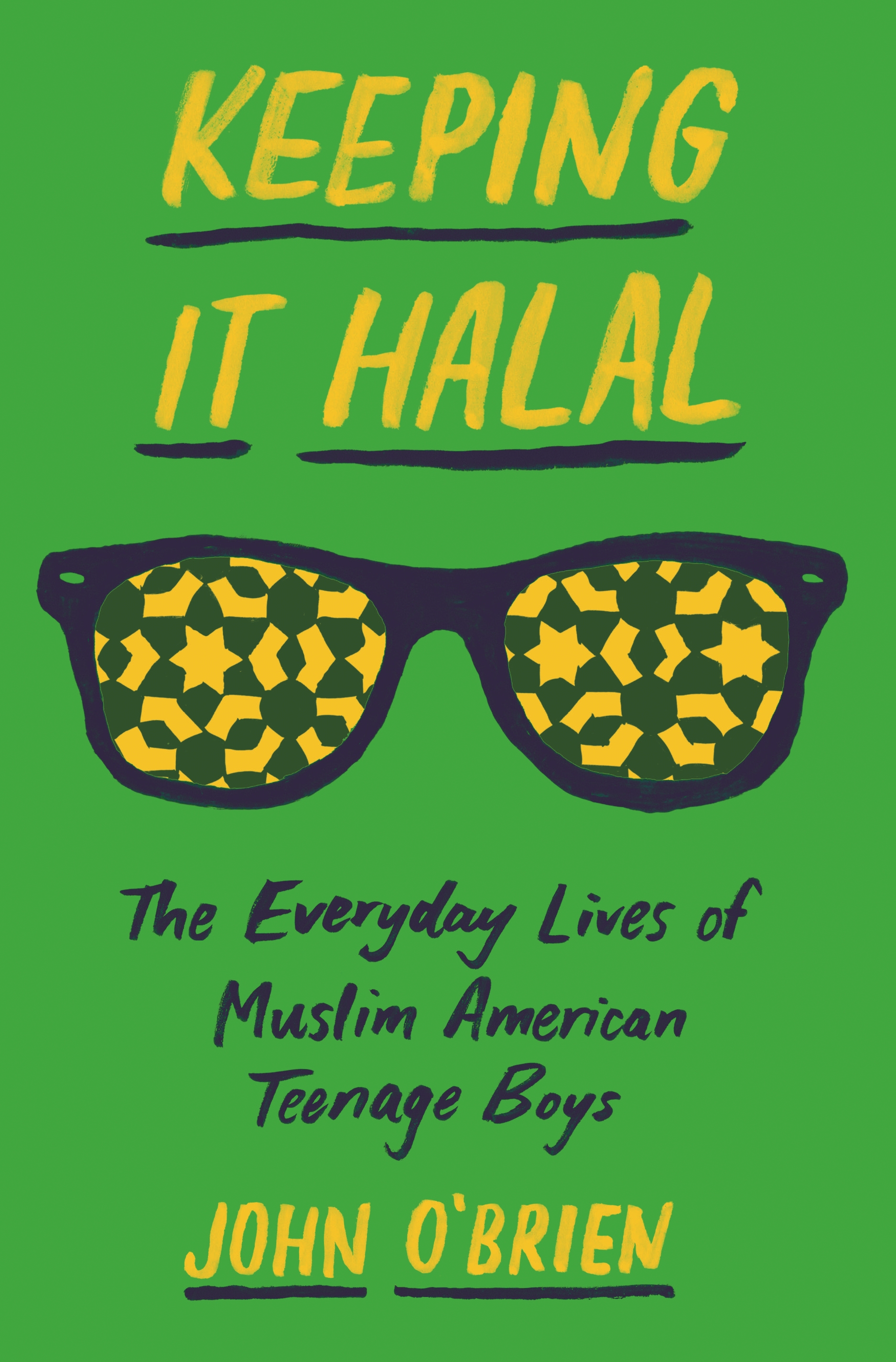 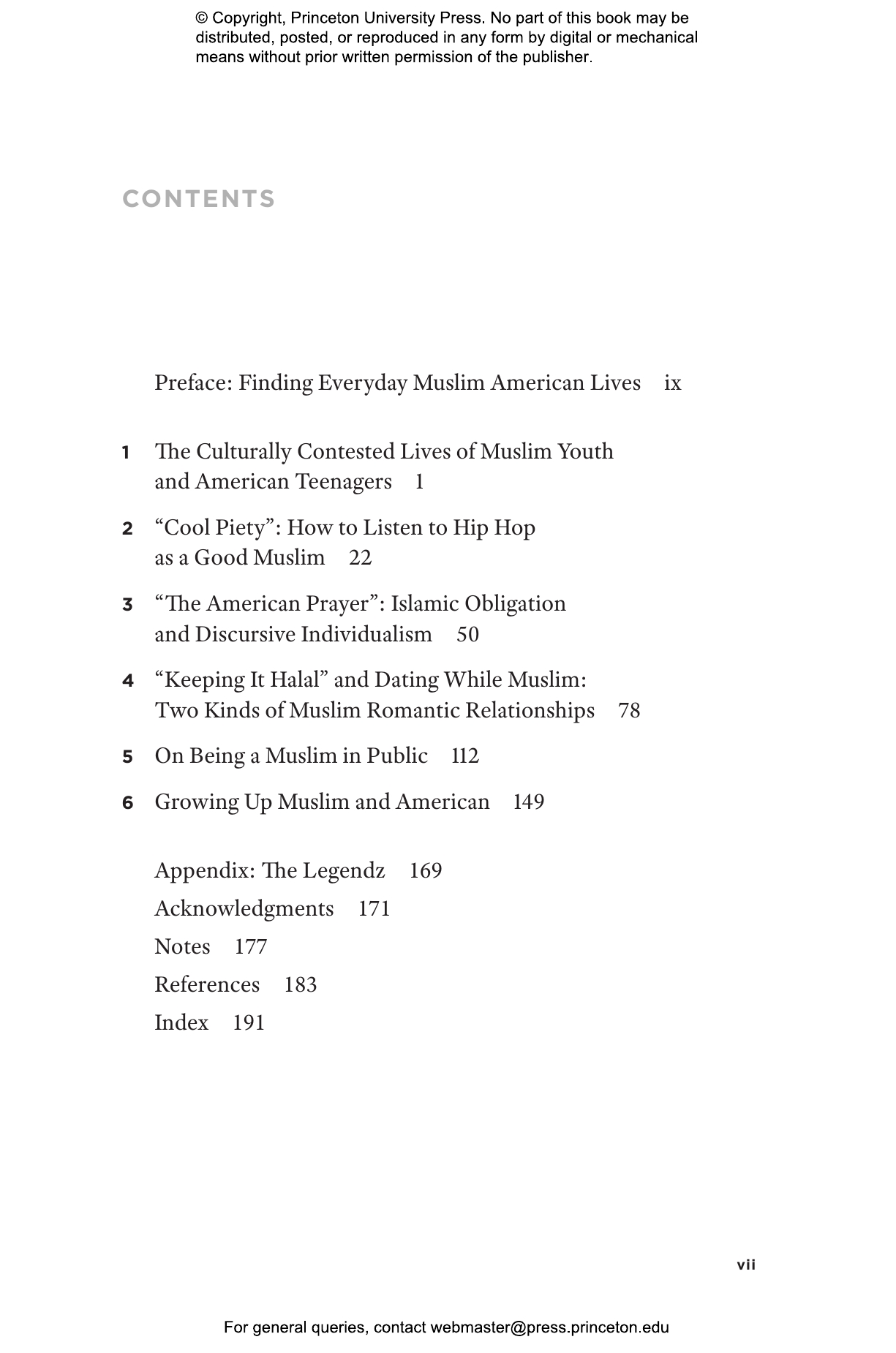 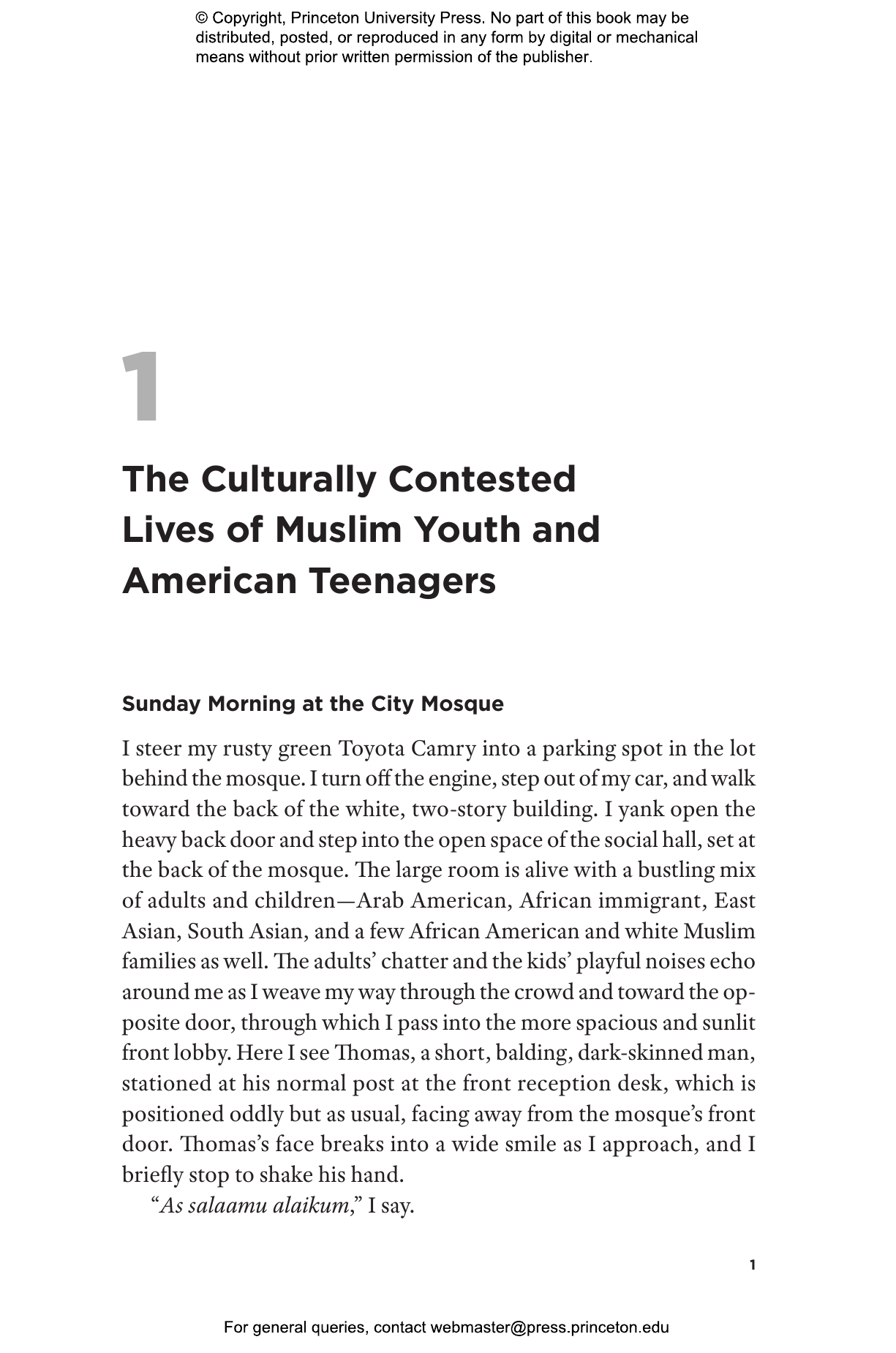 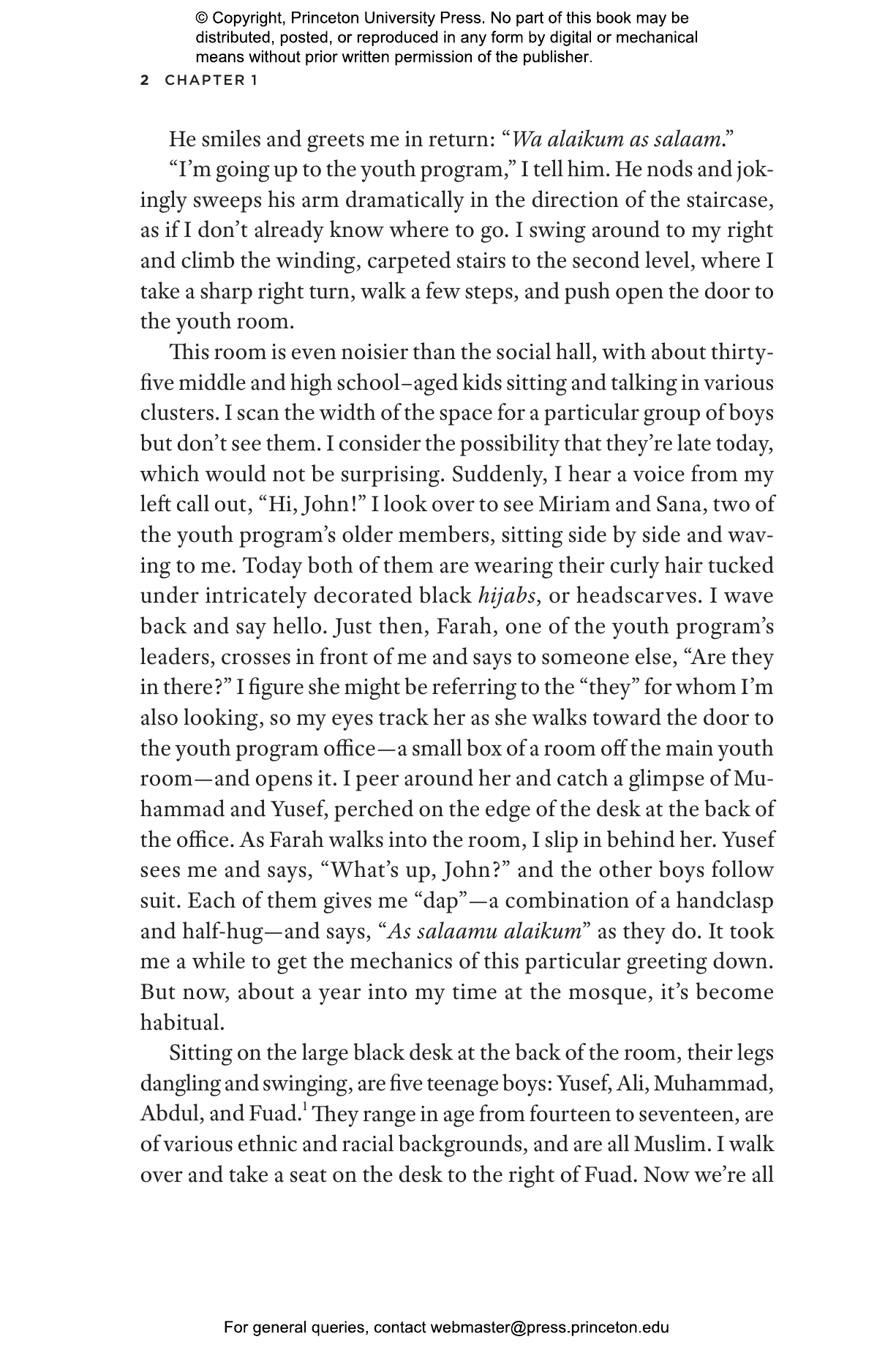 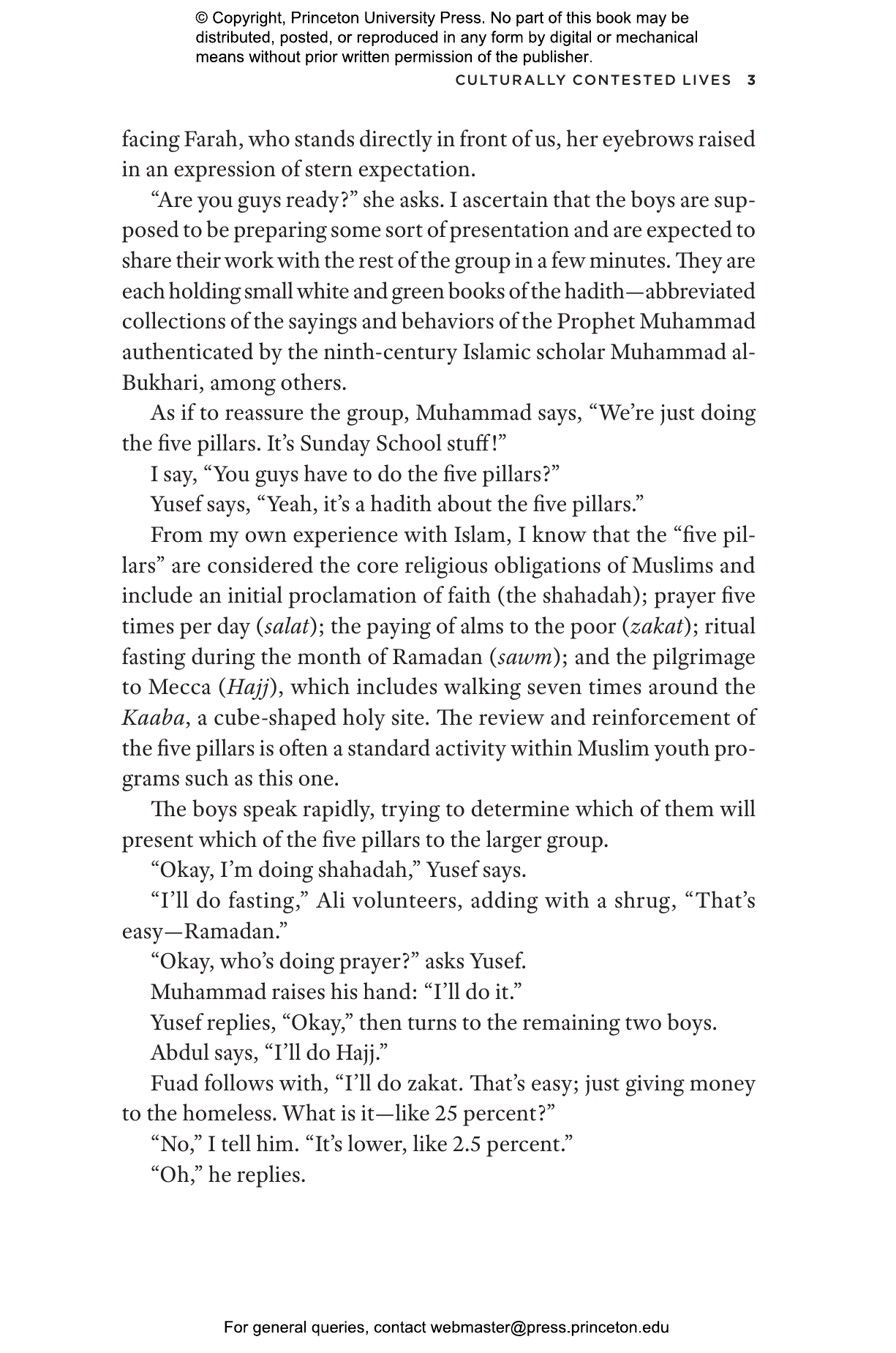 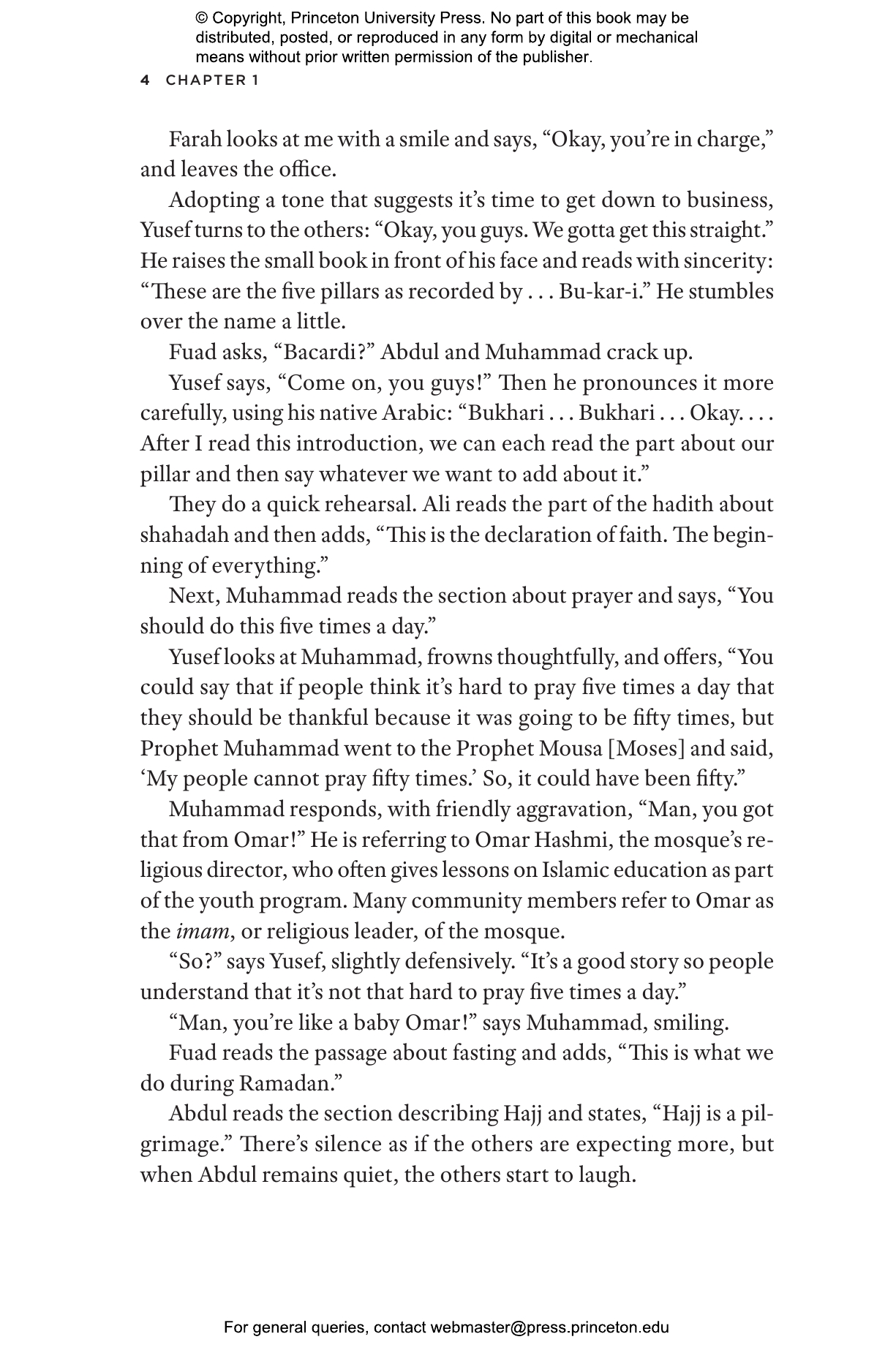 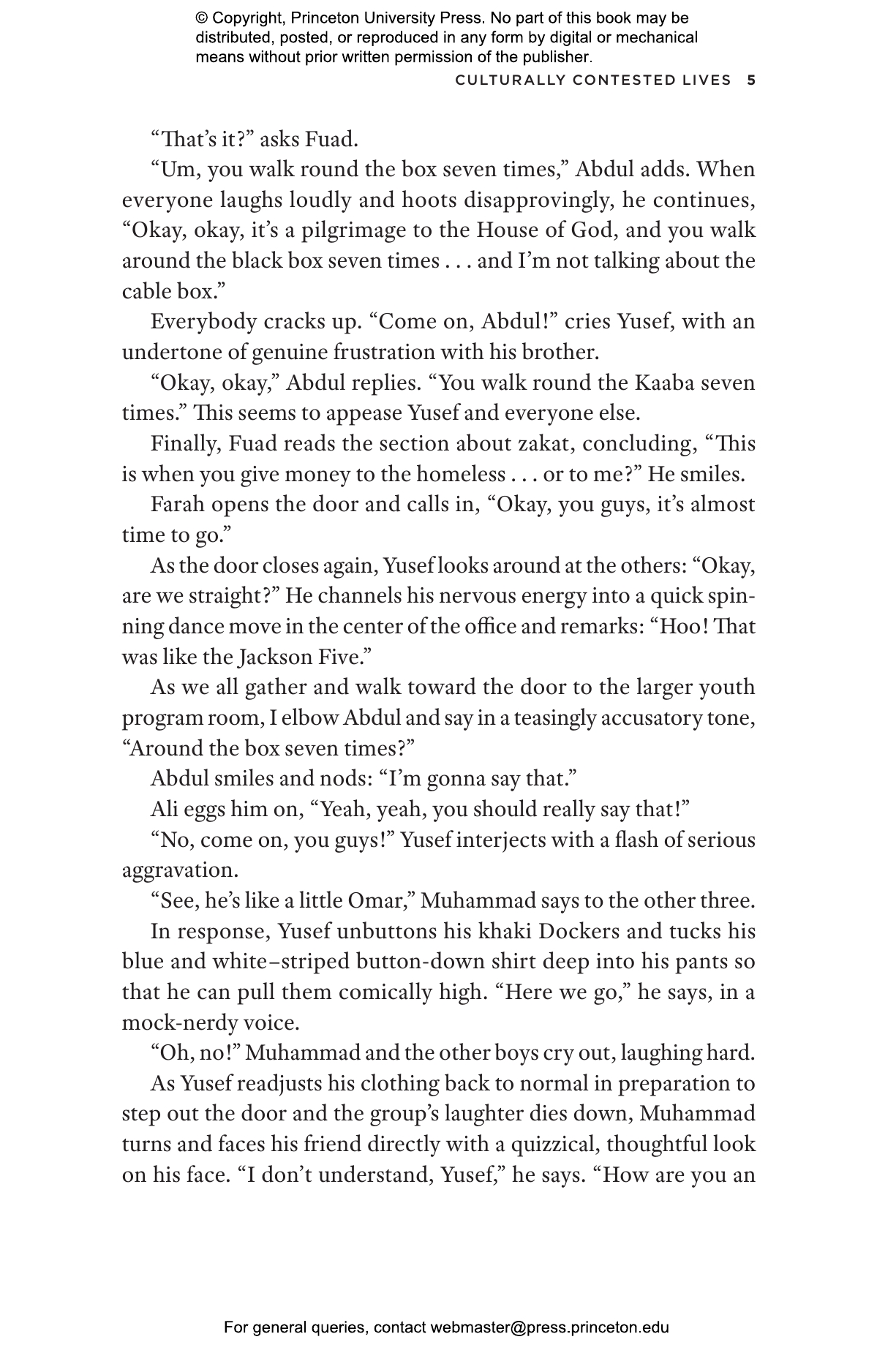 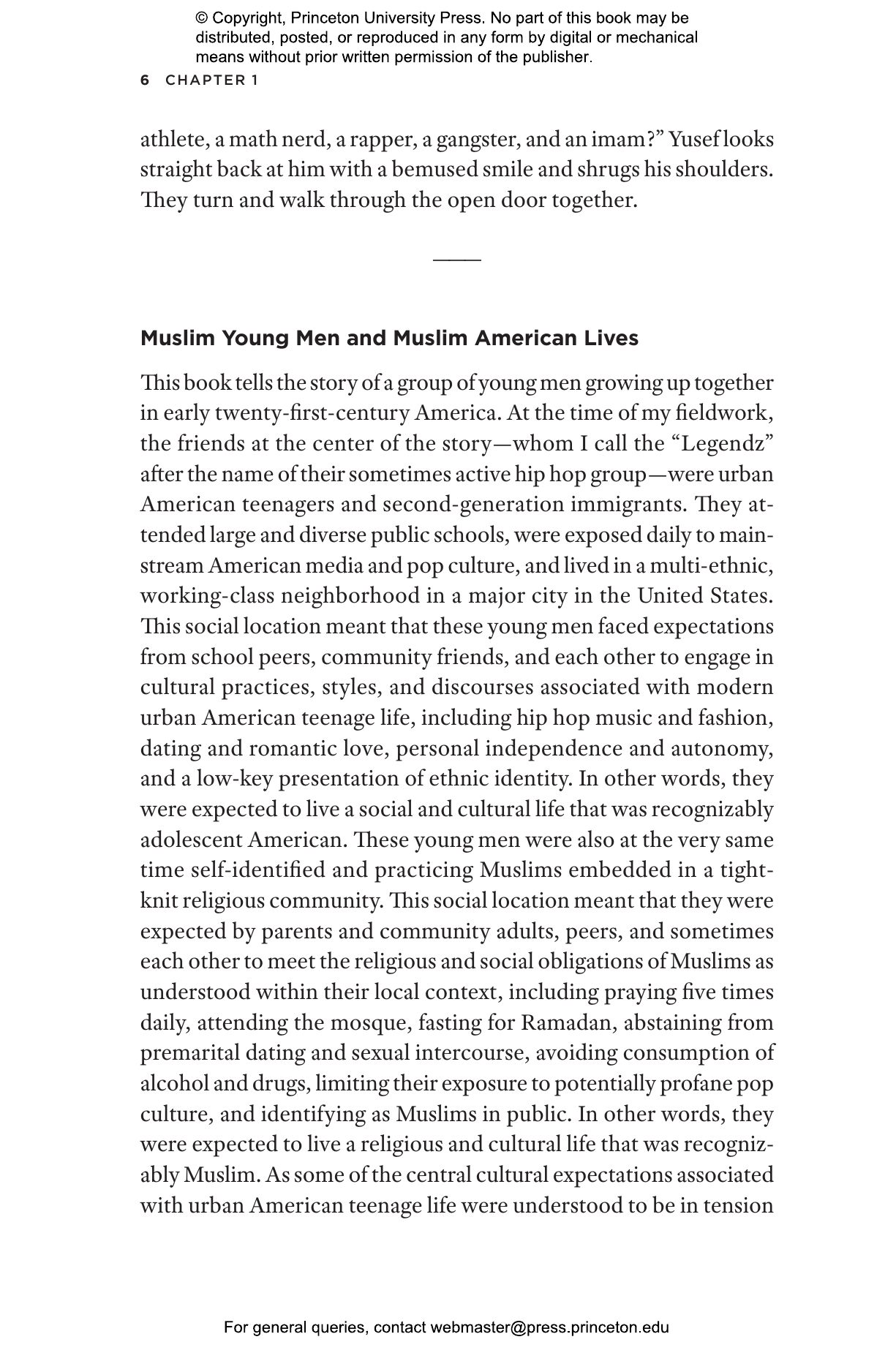 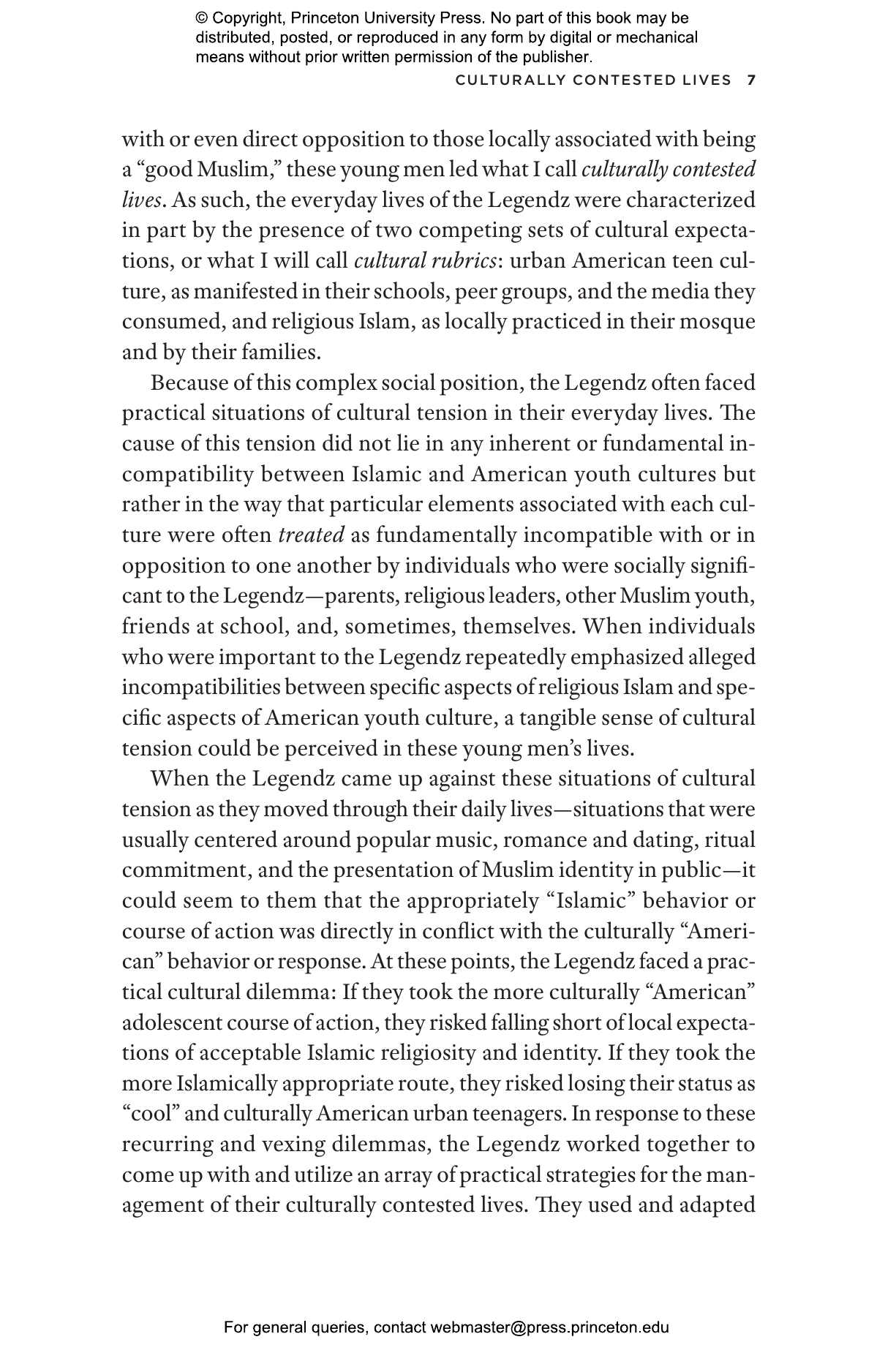 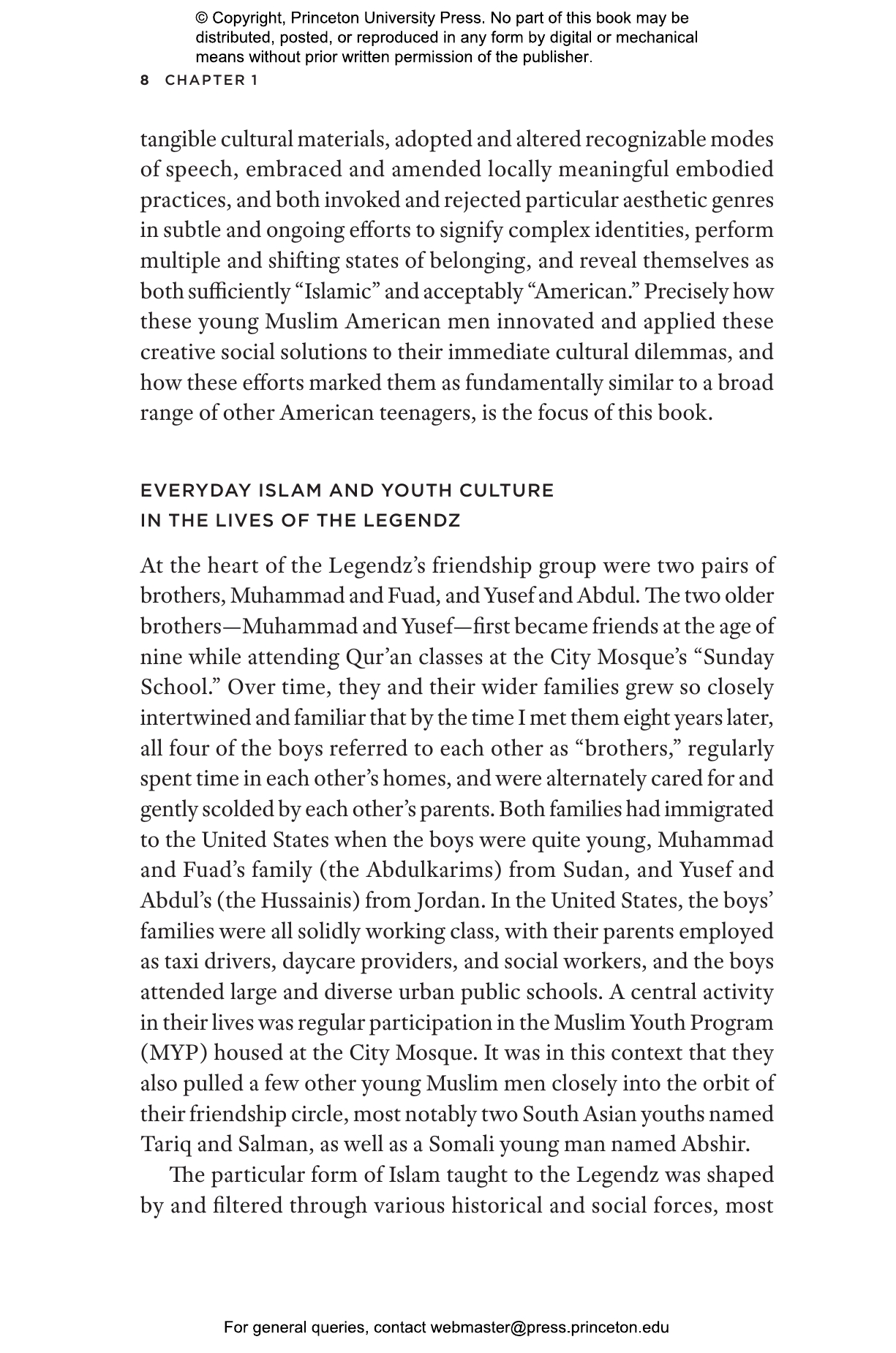 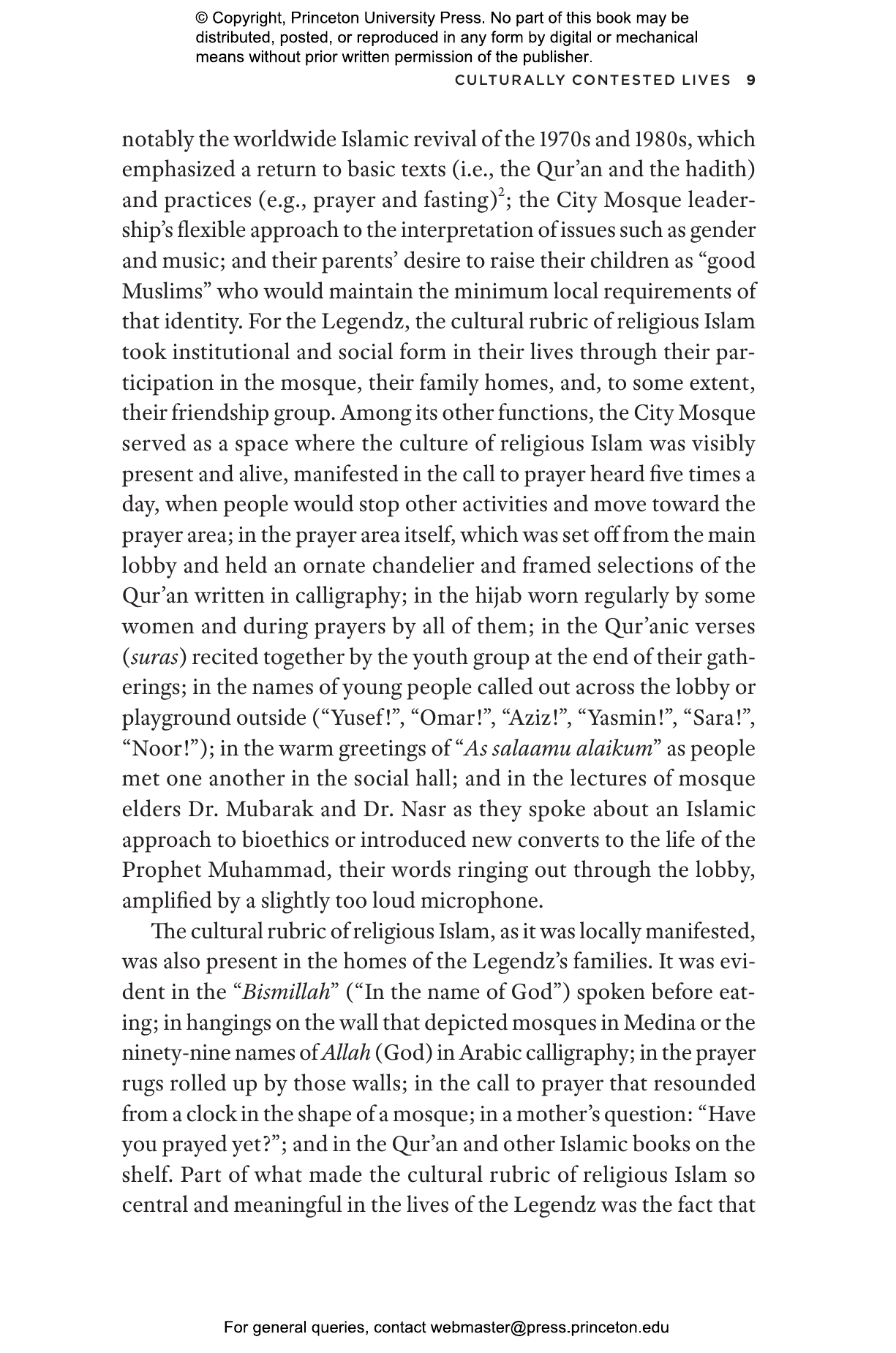 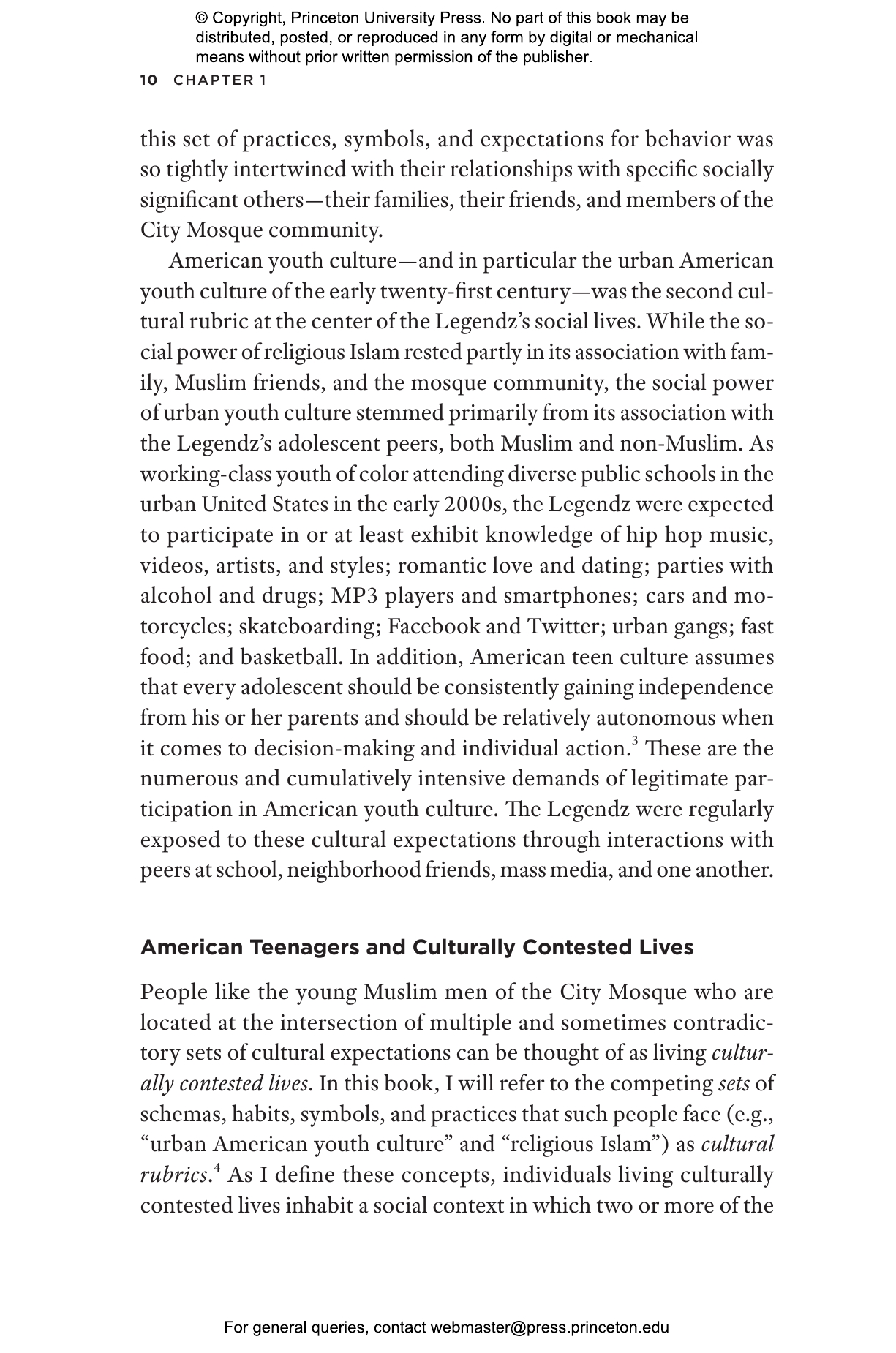 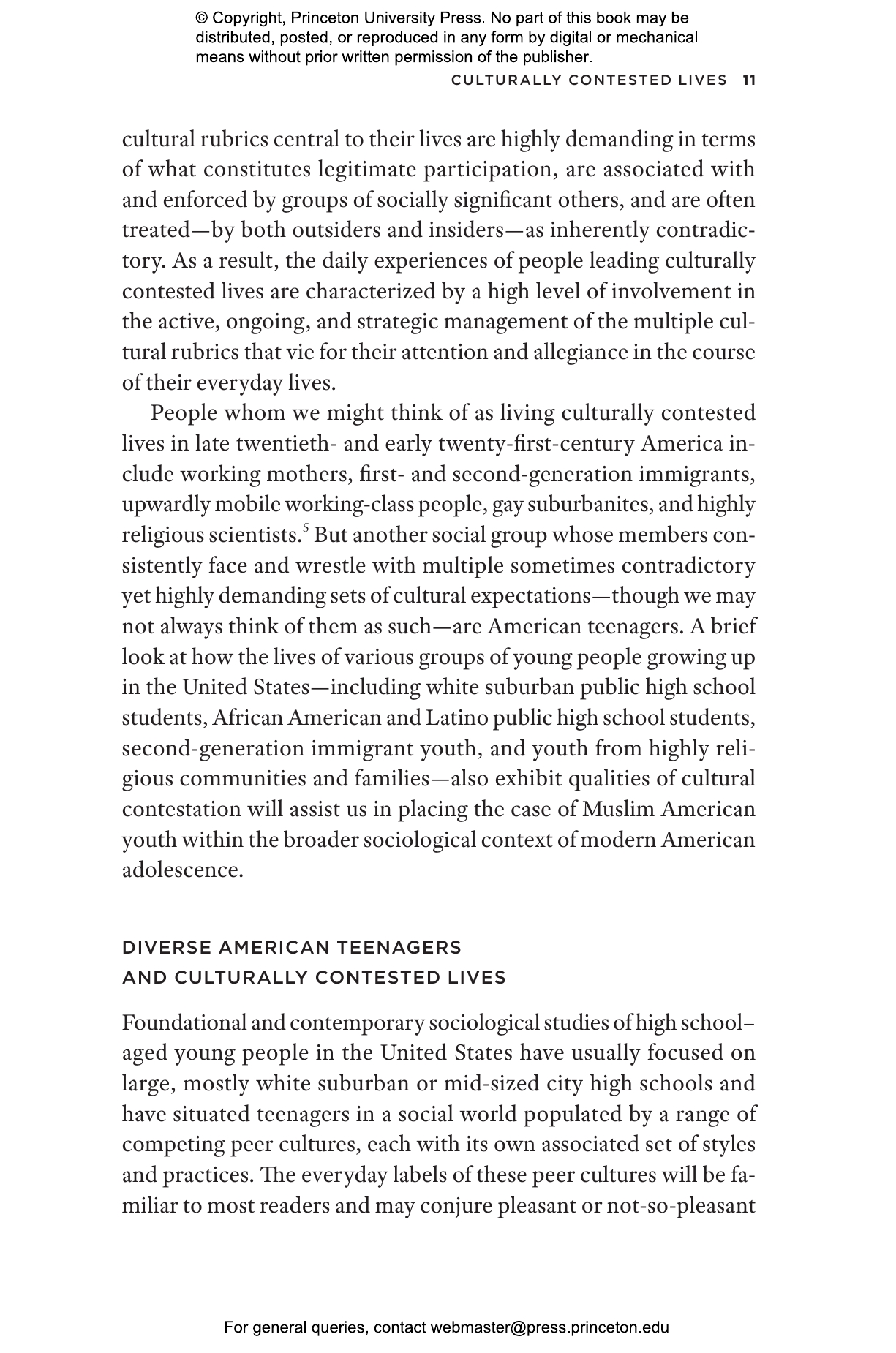 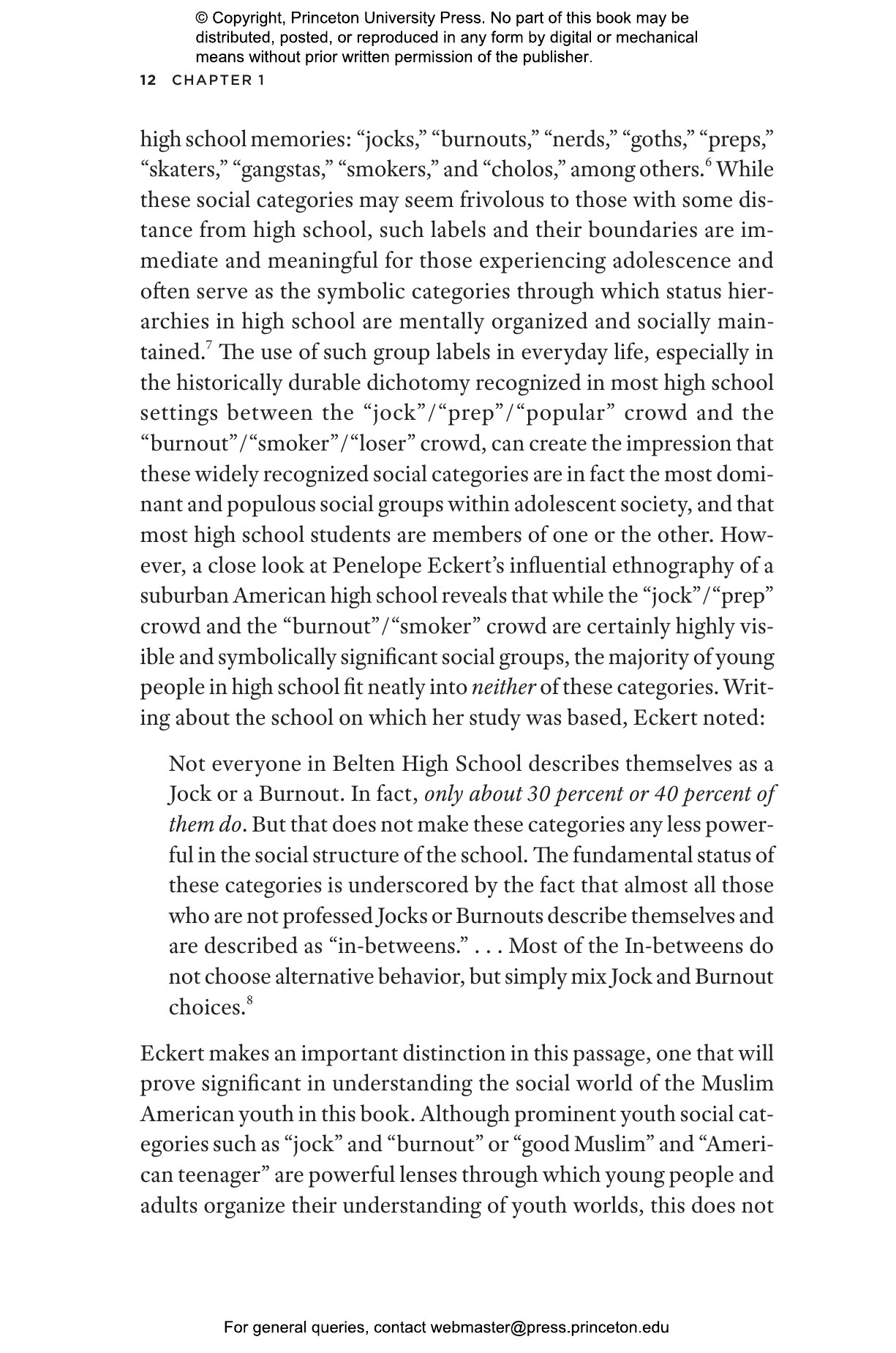 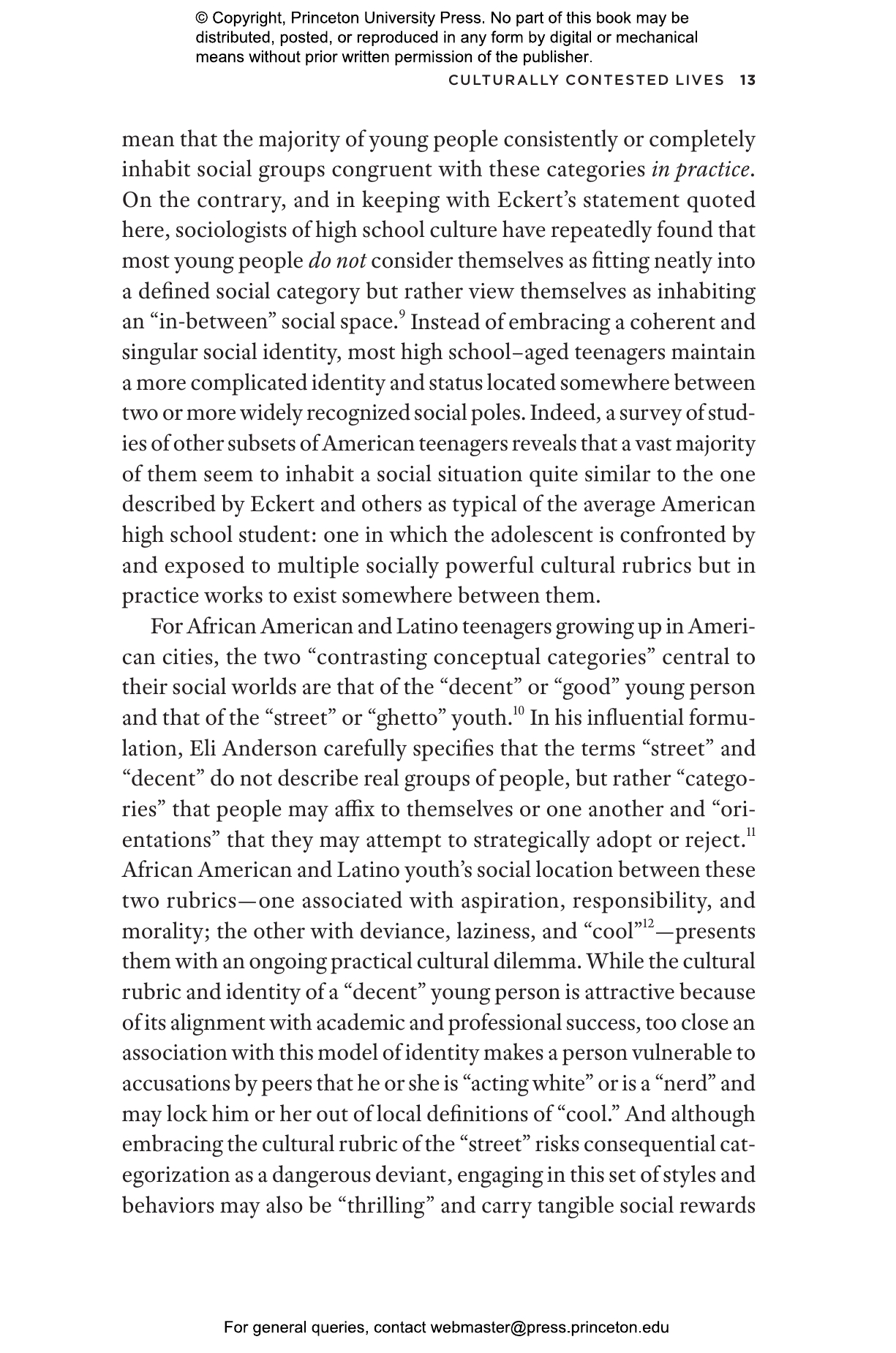 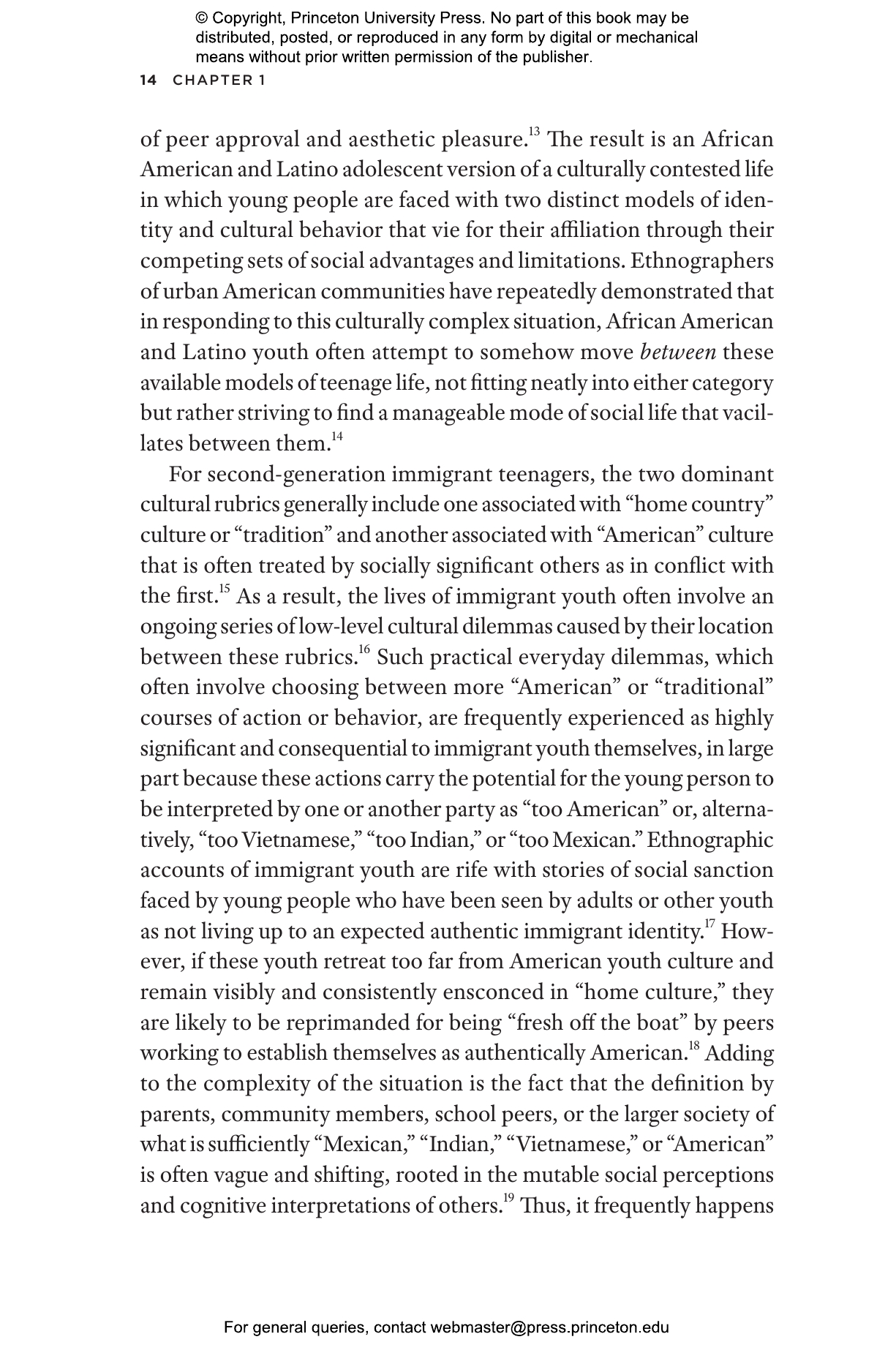 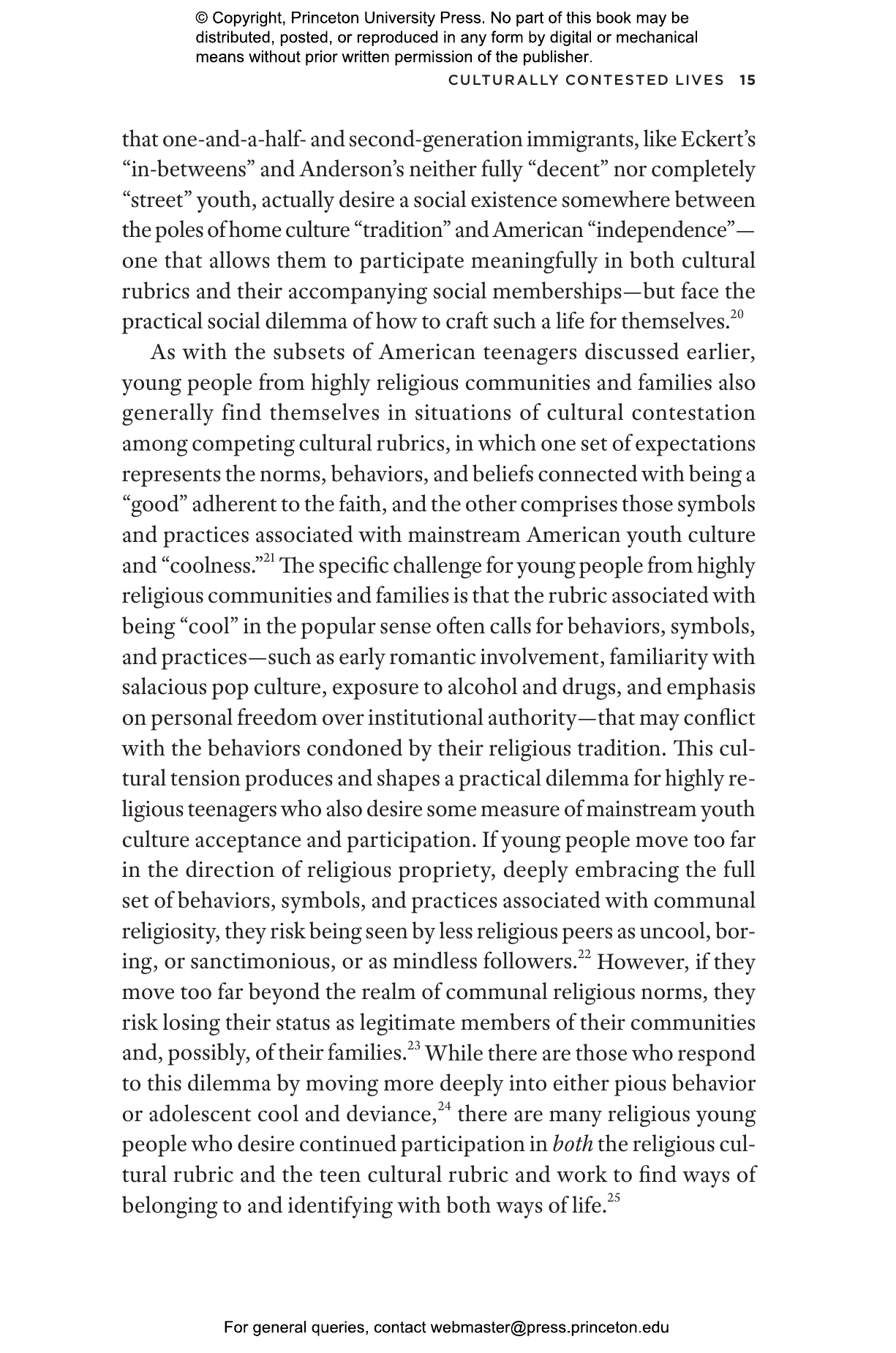 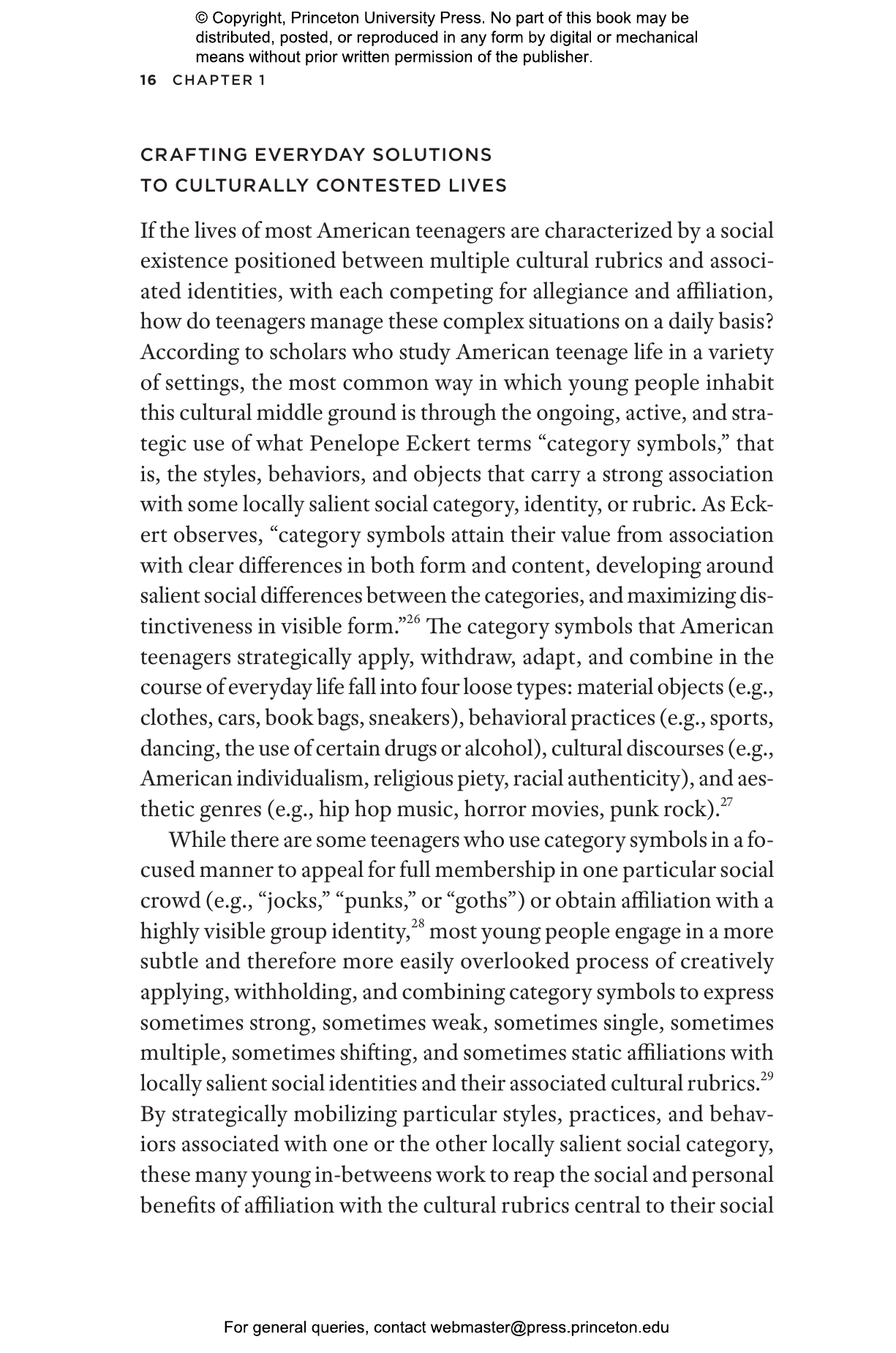 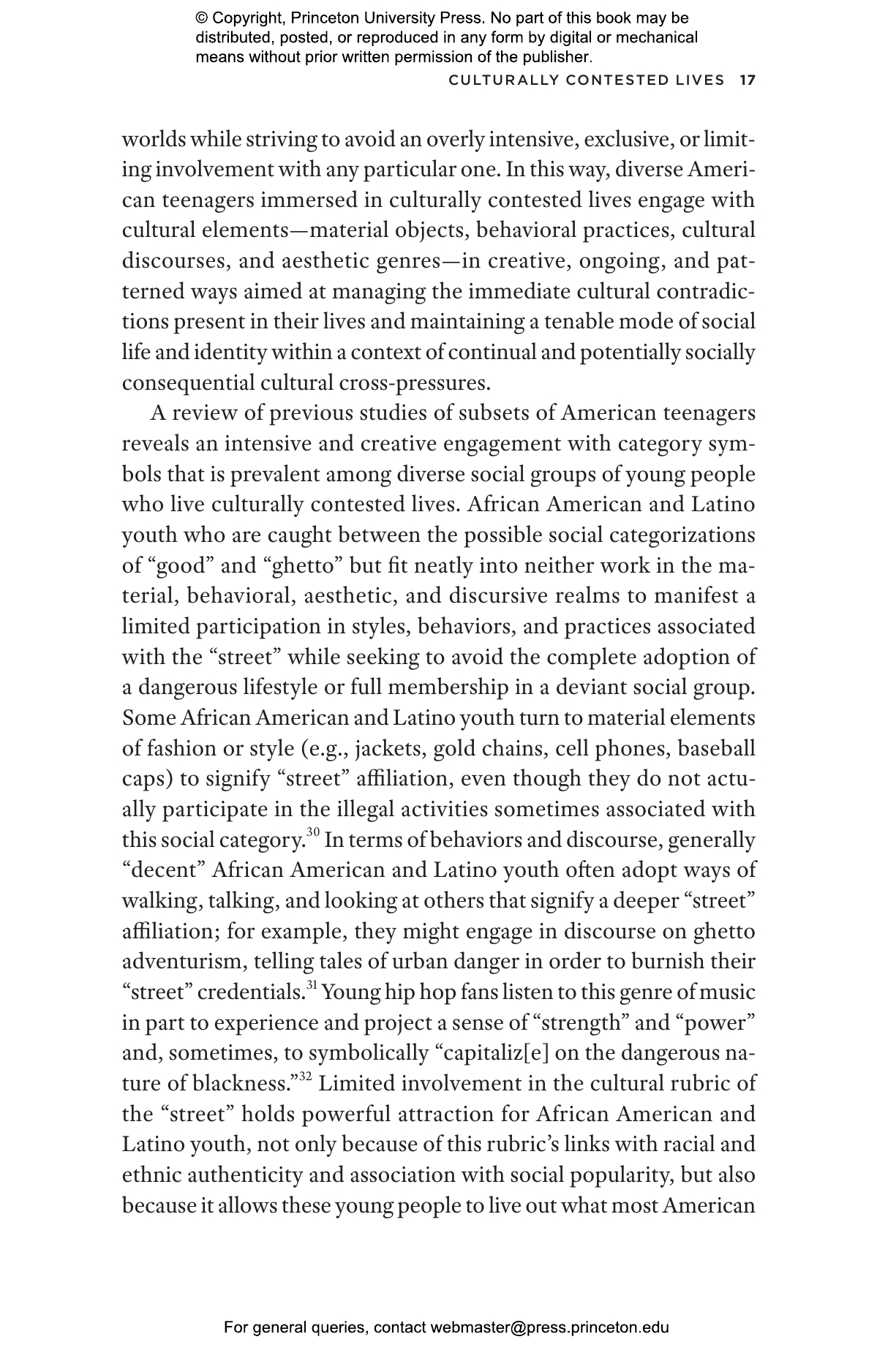 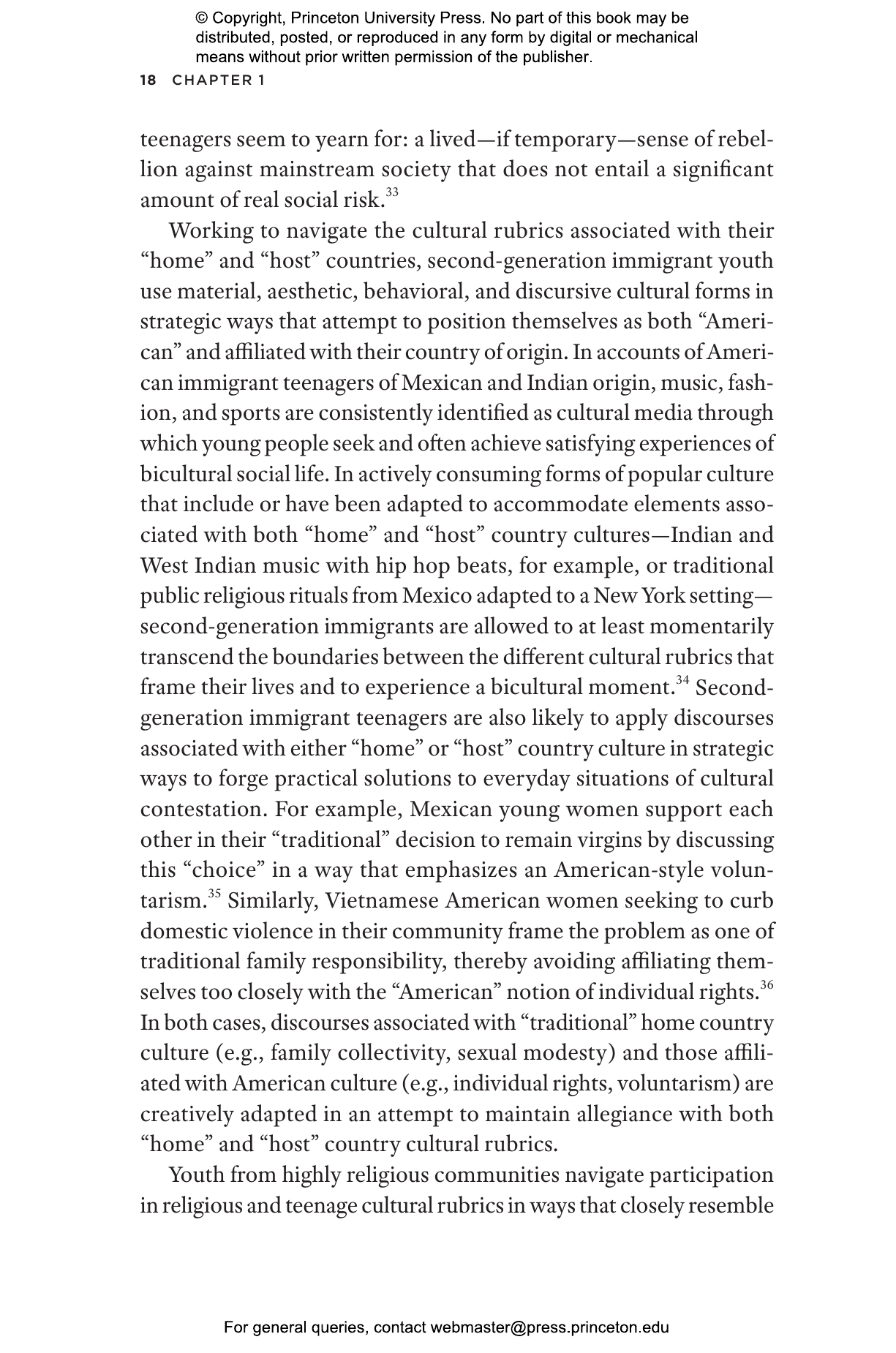 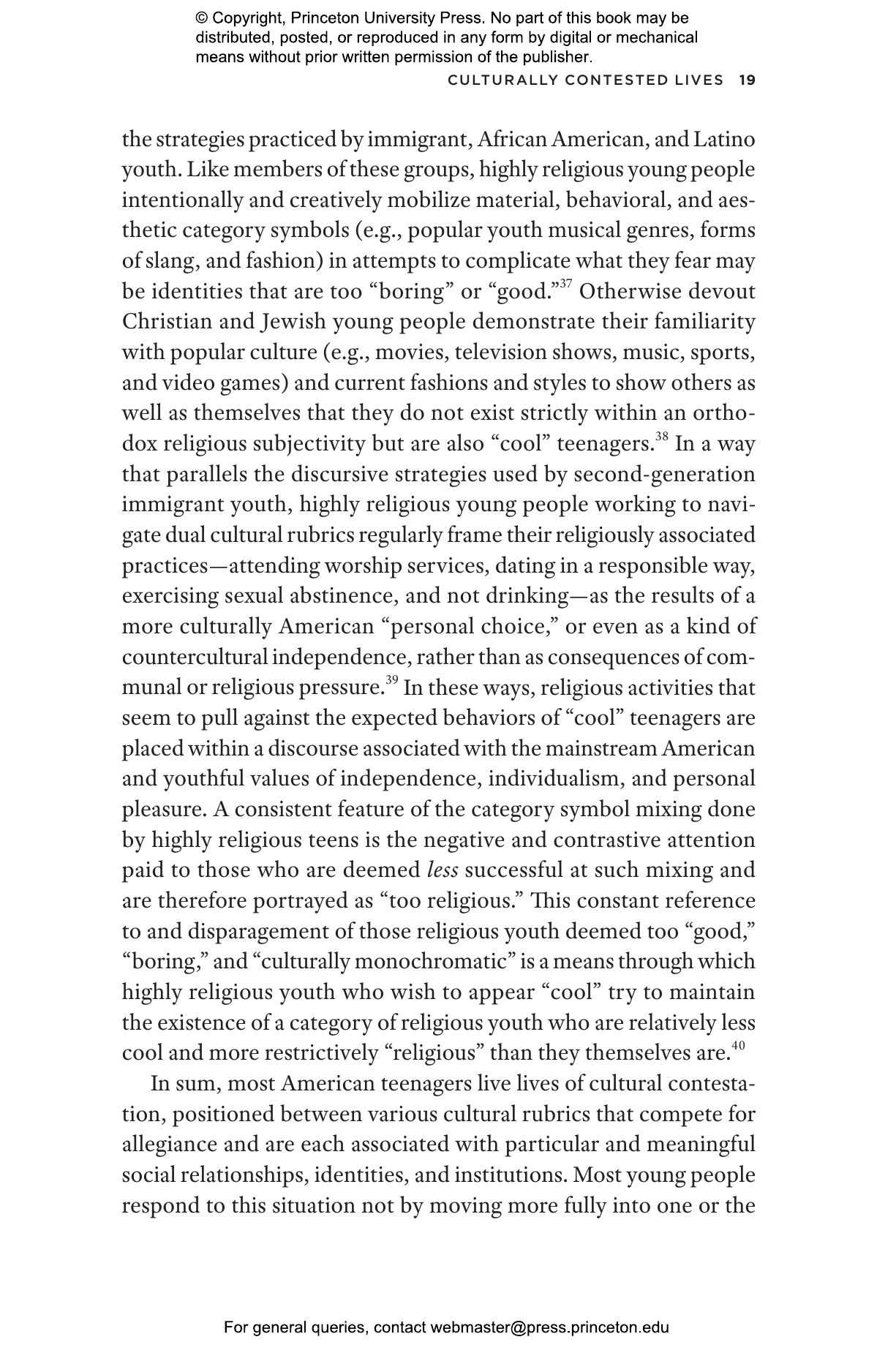 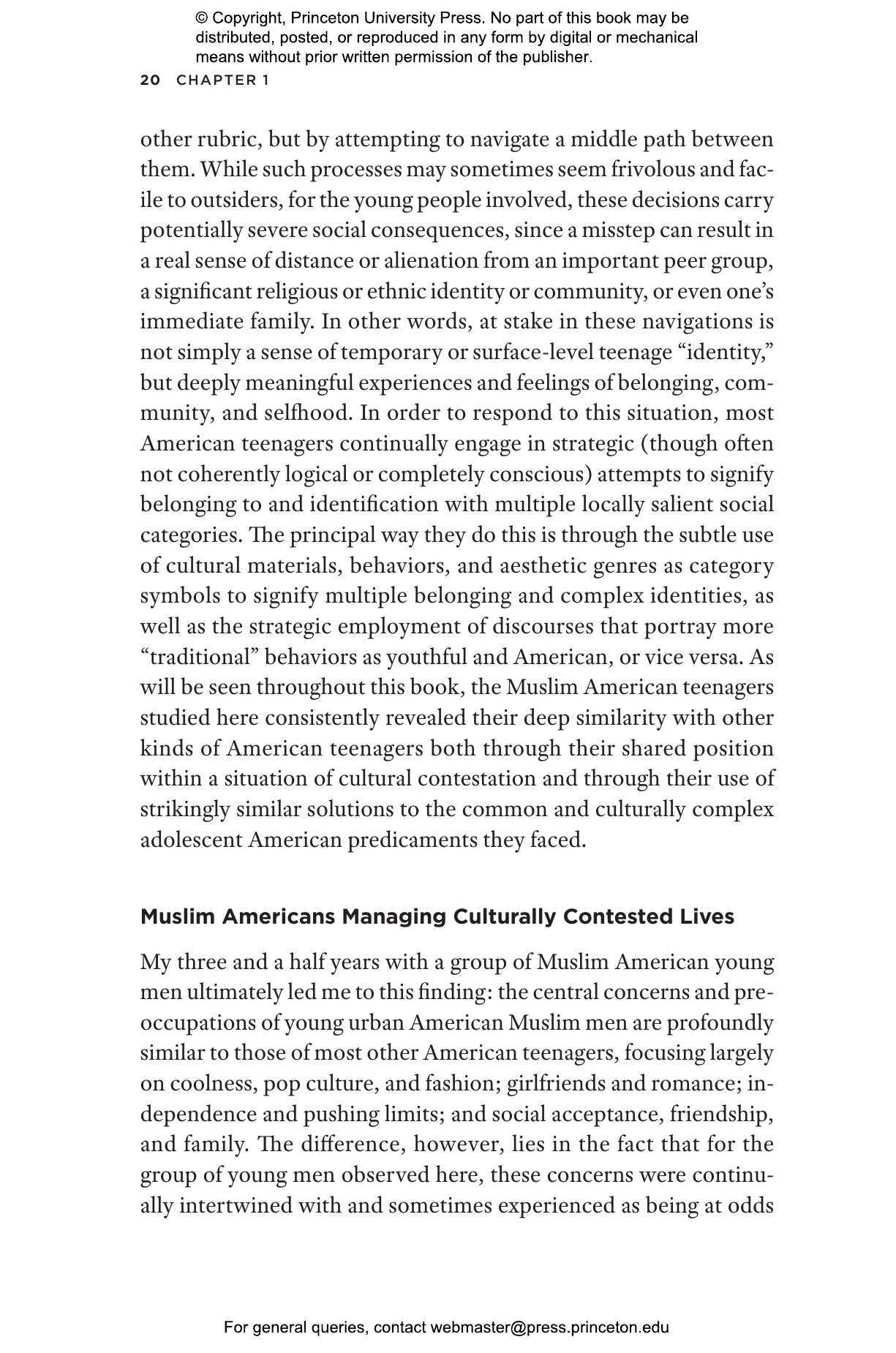 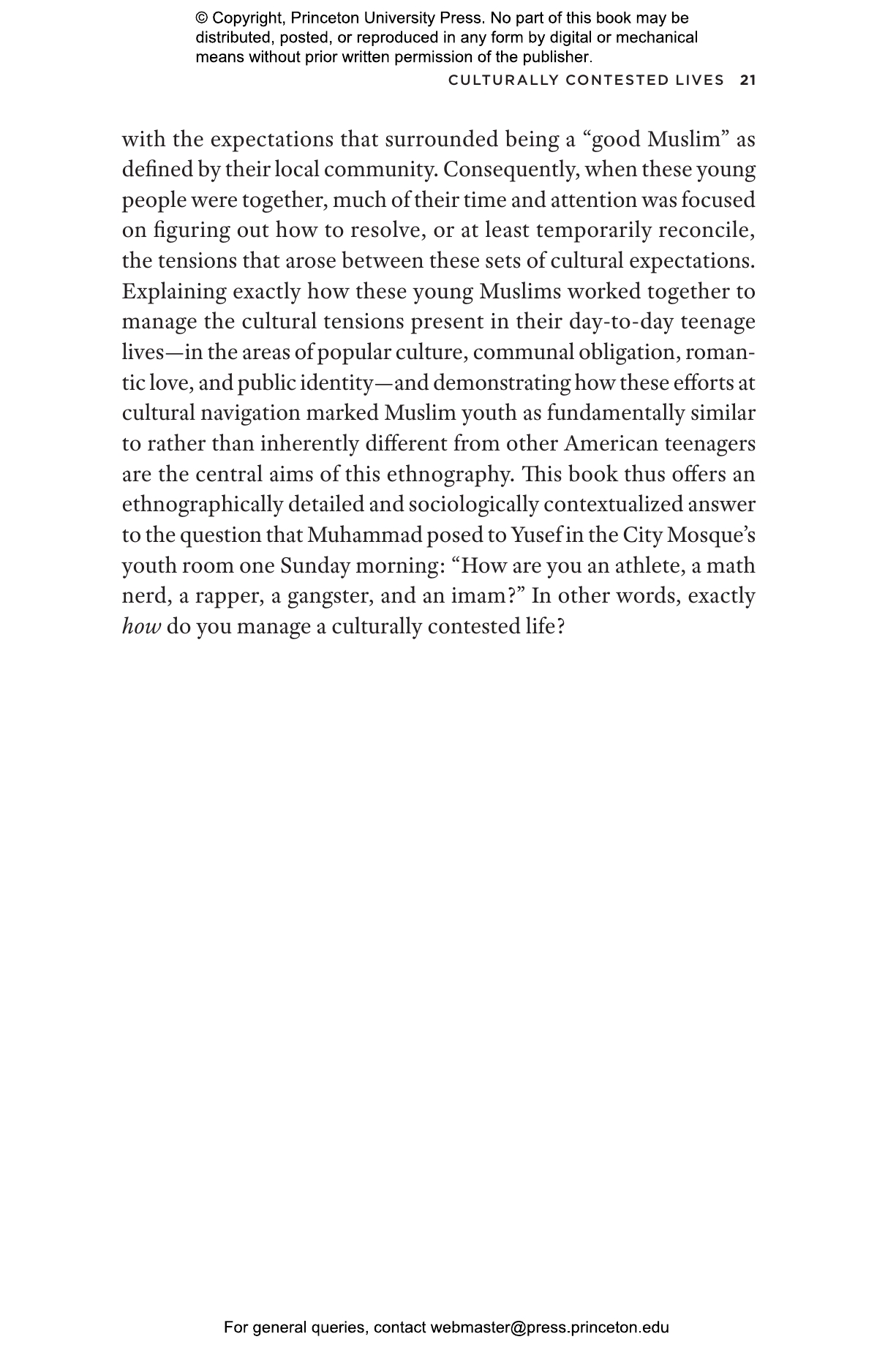 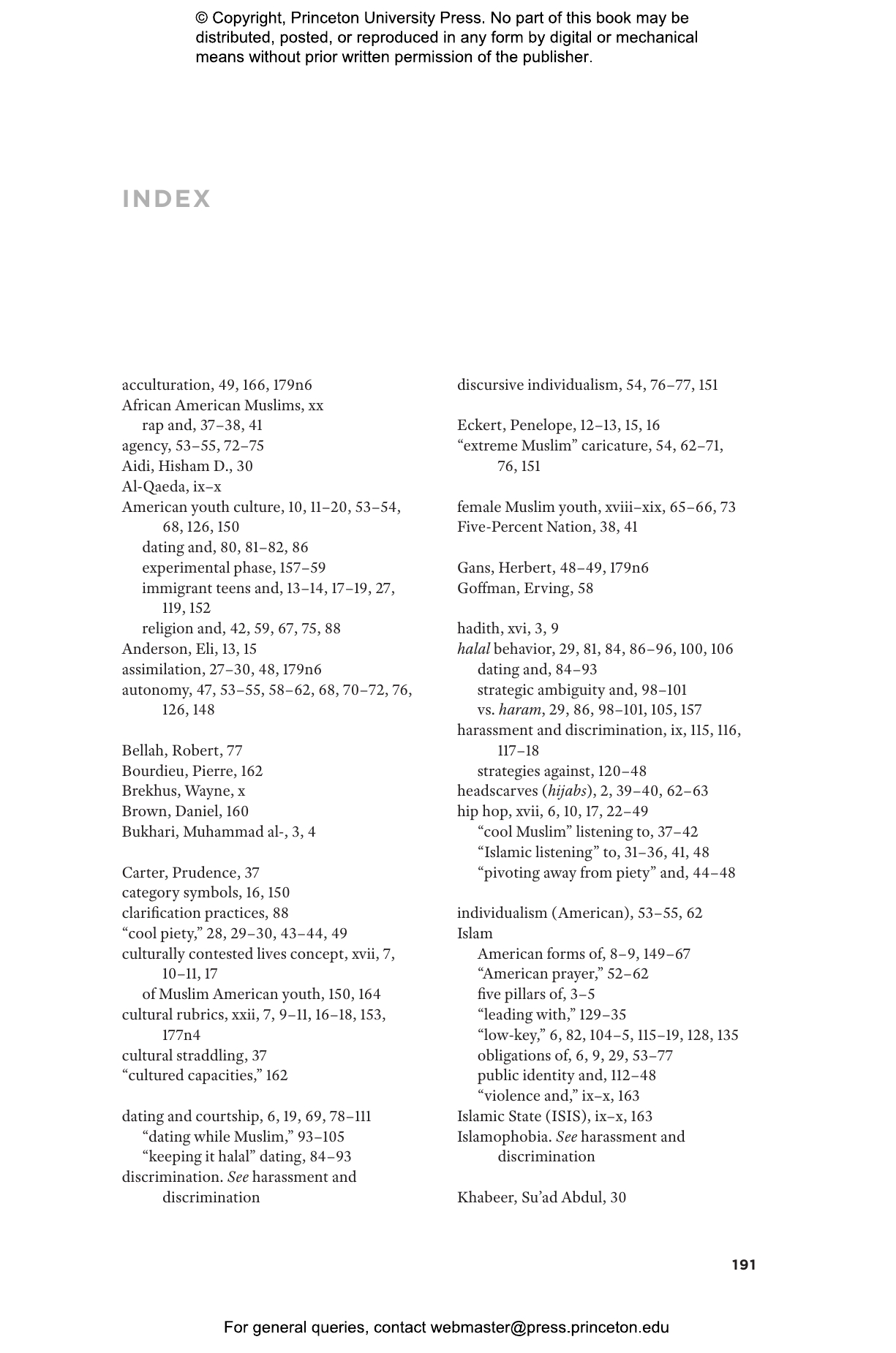 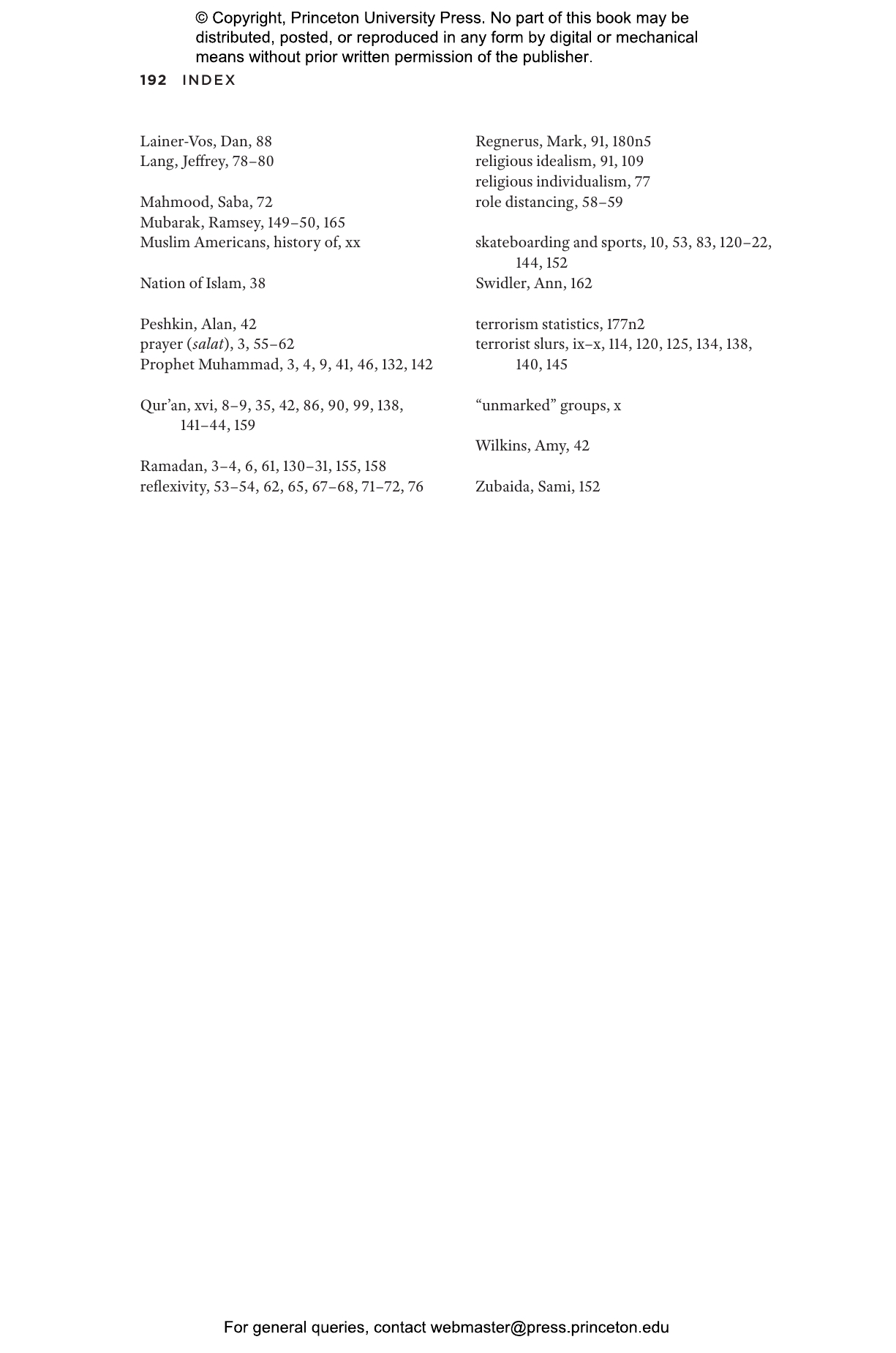 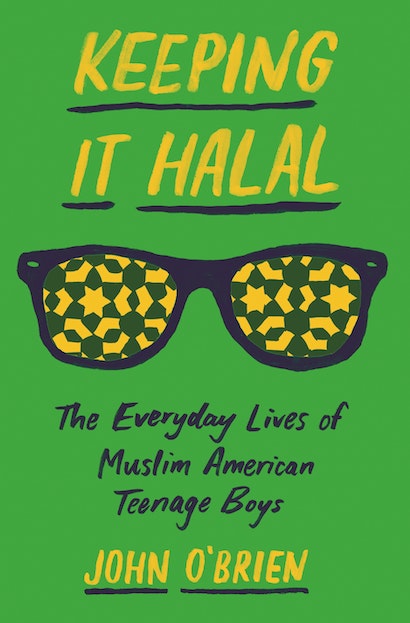 This book provides a uniquely personal look at the social worlds of a group of young male friends as they navigate the complexities of growing up Muslim in America. Drawing on three and a half years of intensive fieldwork in and around a large urban mosque, John O’Brien offers a compelling portrait of typical Muslim American teenage boys concerned with typical teenage issues—girlfriends, school, parents, being cool—yet who are also expected to be good, practicing Muslims who don’t date before marriage, who avoid vulgar popular culture, and who never miss their prayers.

Many Americans unfamiliar with Islam or Muslims see young men like these as potential ISIS recruits. But neither militant Islamism nor Islamophobia is the main concern of these boys, who are focused instead on juggling the competing cultural demands that frame their everyday lives. O’Brien illuminates how they work together to manage their “culturally contested lives” through subtle and innovative strategies—such as listening to profane hip-hop music in acceptably “Islamic” ways, professing individualism to cast their participation in communal religious obligations as more acceptably American, dating young Muslim women in ambiguous ways that intentionally complicate adjudications of Islamic permissibility, and presenting a “low-key Islam” in public in order to project a Muslim identity without drawing unwanted attention.

Closely following these boys as they move through their teen years together, Keeping It Halal sheds light on their strategic efforts to manage their day-to-day cultural dilemmas as they devise novel and dynamic modes of Muslim American identity in a new and changing America. 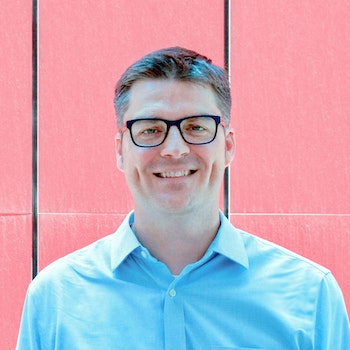 "Swift and insightful. . . . O'Brien effectively shows teenage Muslim Americans to be an unjustly persecuted minority, delving into the psychology of how they behave in reaction to their outsider status in order to paint a portrait of social anxiety and strained assimilation that is universal in its power."—Publishers Weekly

"O’Brien, who converted to Islam as an adult, unlocks numerous insights and generates stimulating questions as he observes how these Muslim teenagers negotiate their culturally contested lives."—Christian Century

"[T]he book is intimate and is surprisingly enjoyable to read. The boys featured are very much real and the struggles—and triumphs—they experience are rendered potently. While slogging through endlessly, unnecessarily dense academic readings, it can be easy to forget that reading can be both smooth and impactful at the same time. In short: I both grew and had fun reading Keeping it Halal."—Journal of the History of Ideas blog

"A textured and insightful look into the lives of young American Muslim men."—Eboo Patel, author of Acts of Faith: The Story of an American Muslim, the Struggle for the Soul of a Generation

"Keeping It Halal is a sensitive, lucid, compelling portrait of the social complexity of male Muslim teen life. It should be read by anyone concerned with the way young people navigate complicated cultural terrains."—Omar M. McRoberts, author of Streets of Glory: Church and Community in a Black Urban Neighborhood

"Engaging and insightful. O'Brien provides rich descriptions of the cultural work these teenagers do in their efforts to be both good Muslims and fully American."—Mark Chaves, author of American Religion

"The best ethnography of immigrant American youth to be published in many years. O'Brien writes with empathy, sensitivity, and analytical sophistication about people trying to manage the cultural tensions of being young and Muslim in American society."—Mitchell Duneier, author of Ghetto: The Invention of a Place, the History of an Idea