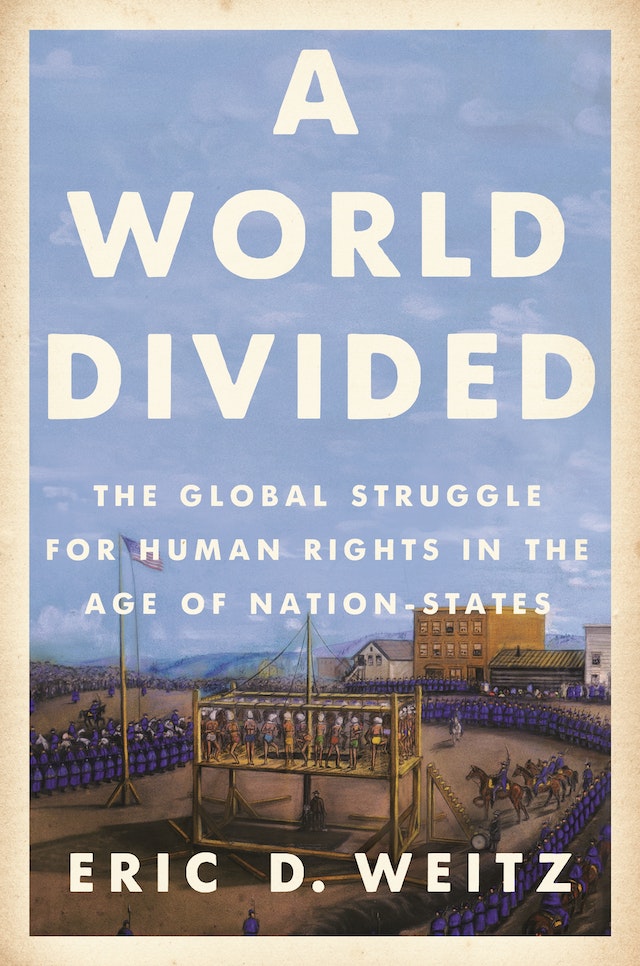 Once dominated by vast empires, the world is now divided into some 200 independent countries that proclaim human rights—a transformation that suggests that nations and human rights inevitably develop together. But the reality is far more problematic, as Eric Weitz shows in this compelling global history of the fate of human rights in a world of nation-states. Through vivid histories from virtually every continent, A World Divided describes how, since the eighteenth century, nationalists have established states that grant human rights to some people while excluding others, setting the stage for many of today’s problems, from the refugee crisis to right-wing nationalism. Only the advance of international human rights will move us beyond a world divided between those who have rights and those who don’t.

Eric D. Weitz is Distinguished Professor of History at City College and the Graduate Center, City University of New York. His books include A Century of Genocide (Princeton).

“Weitz illustrates the struggle to protect the most vulnerable among us and provides inspiration and support to future generations of human rights defenders."—Juan E. Méndez, former UN Special Rapporteur on Torture

“A World Divided is especially worth reading at a time when many countries are governed by leaders trying to reverse recent advances in the protection of rights.”—Aryeh Neier, cofounder of Human Rights Watch

“Essential reading for activists, scholars, and everyone else interested in human rights.”—Lynn Hunt, author of Inventing Human Rights

“If you can read, assign, or recommend only one book on the deep and conflictual history of human rights, it should be Eric Weitz’s.”—Kathryn Sikkink, author of Evidence for Hope: Making Human Rights Work in the 21st Century