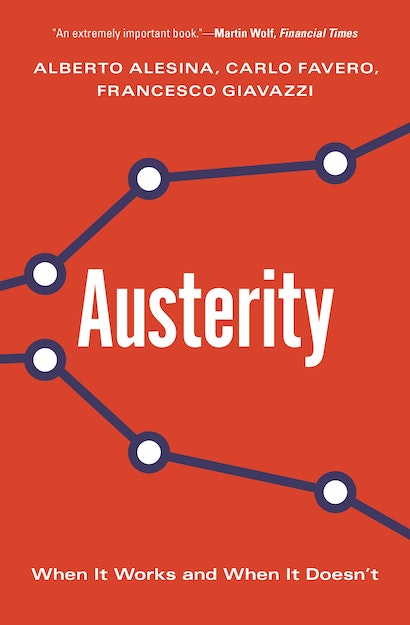 Fiscal austerity is hugely controversial. Opponents argue that it can trigger downward growth spirals and become self-defeating. Supporters argue that budget deficits have to be tackled aggressively at all times and at all costs. Bringing needed clarity to one of today’s most challenging economic issues, three leading policy experts cut through the political noise to demonstrate that there is not one type of austerity but many. Austerity assesses the relative effectiveness of tax increases and spending cuts at reducing debt, shows that austerity is not necessarily the kiss of death for political careers as is often believed, and charts a sensible approach based on data analysis rather than ideology.

"Austerity is a superb guidebook for policymakers and academic researchers alike. Drawing on the latest academic research and policy experiments, it provides an encyclopedic account of the likely effects of fiscal consolidations on economic outcomes and how those effects might vary according to circumstances."—Valerie A. Ramey, University of California, San Diego

"An important work for economists, policymakers, politicians, and engaged citizens. . . . One of the clearest and best researched treatments of fiscal policy available."—Milton Ezrati, City Journal