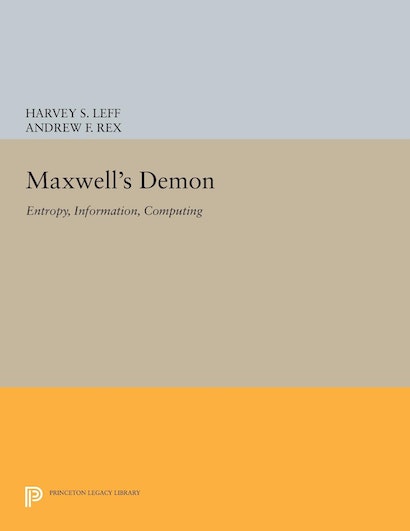 About 120 years ago, James Clerk Maxwell introduced his now legendary hypothetical “demon” as a challenge to the integrity of the second law of thermodynamics. Fascination with the demon persisted throughout the development of statistical and quantum physics, information theory, and computer science — and linkages have been established between Maxwell’s demon and each of these disciplines. The demon’s seductive quality makes it appealing to physical scientists, engineers, computer scientists, biologists, psychologists, and historians and philosophers of science. Until now its important source material has been scattered throughout diverse journals.

This book brings under one cover twenty-five reprints, including seminal works by Maxwell and William Thomson; historical reviews by Martin Klein, Edward Daub, and Peter Heimann; information theoretic contributions by Leo Szilard, Leon Brillouin, Dennis Gabor, and Jerome Rothstein; and innovations by Rolf Landauer and Charles Bennett illustrating linkages with the limits of computation. An introductory chapter summarizes the demon’s life, from Maxwell’s illustration of the second law’s statistical nature to the most recent “exorcism” of the demon based on a need periodically to erase its memory. An annotated chronological bibliography is included.