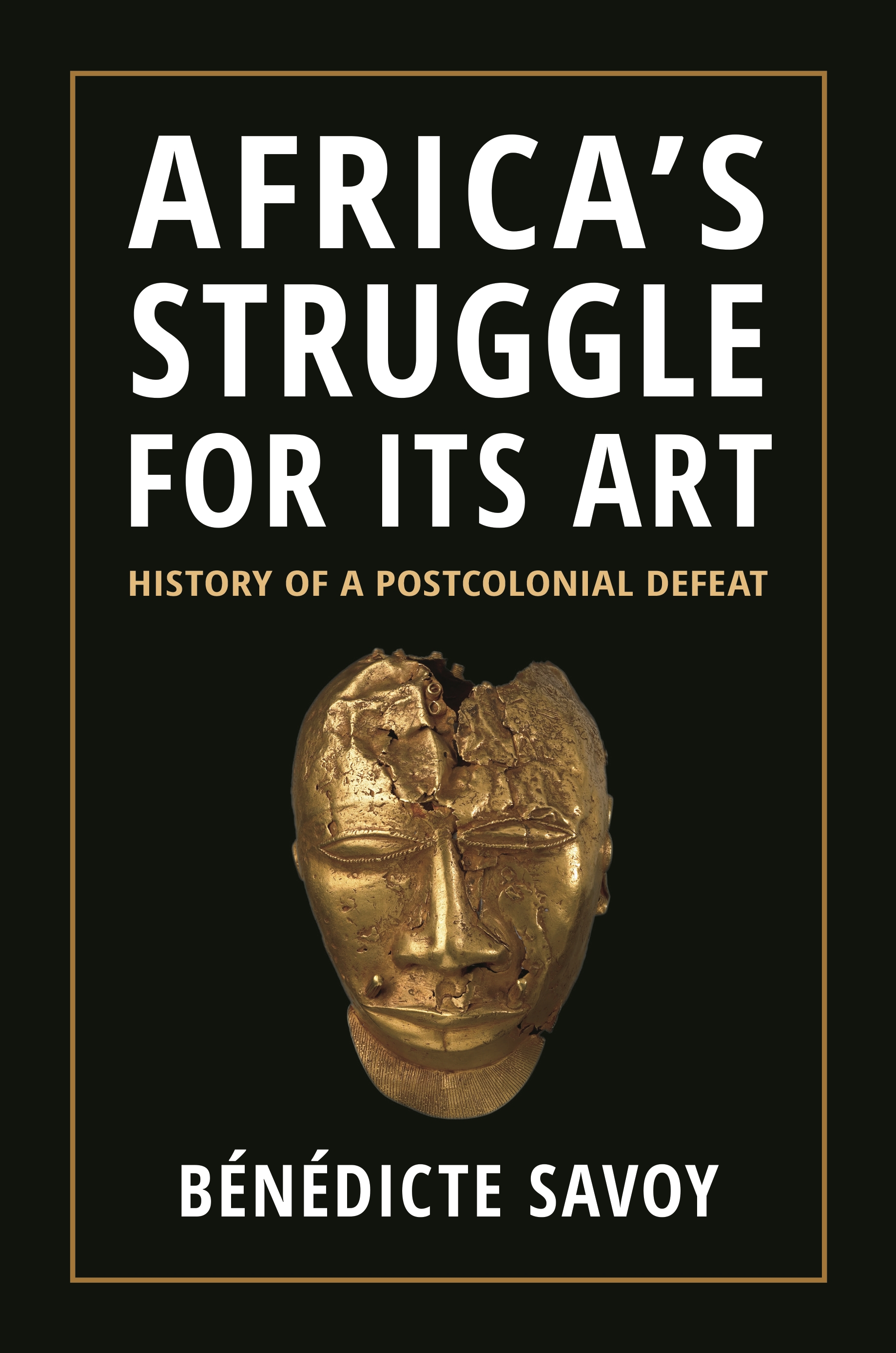 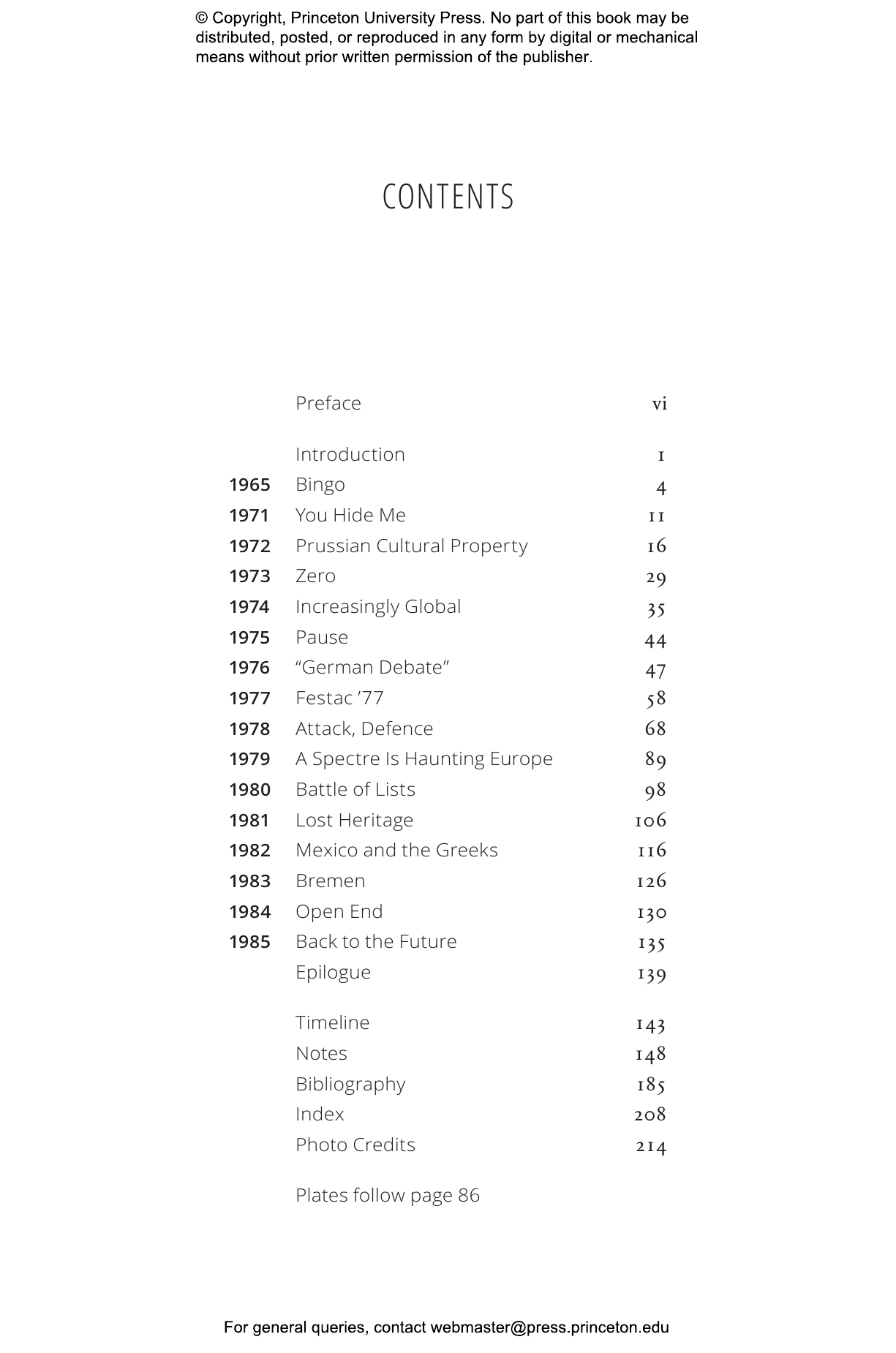 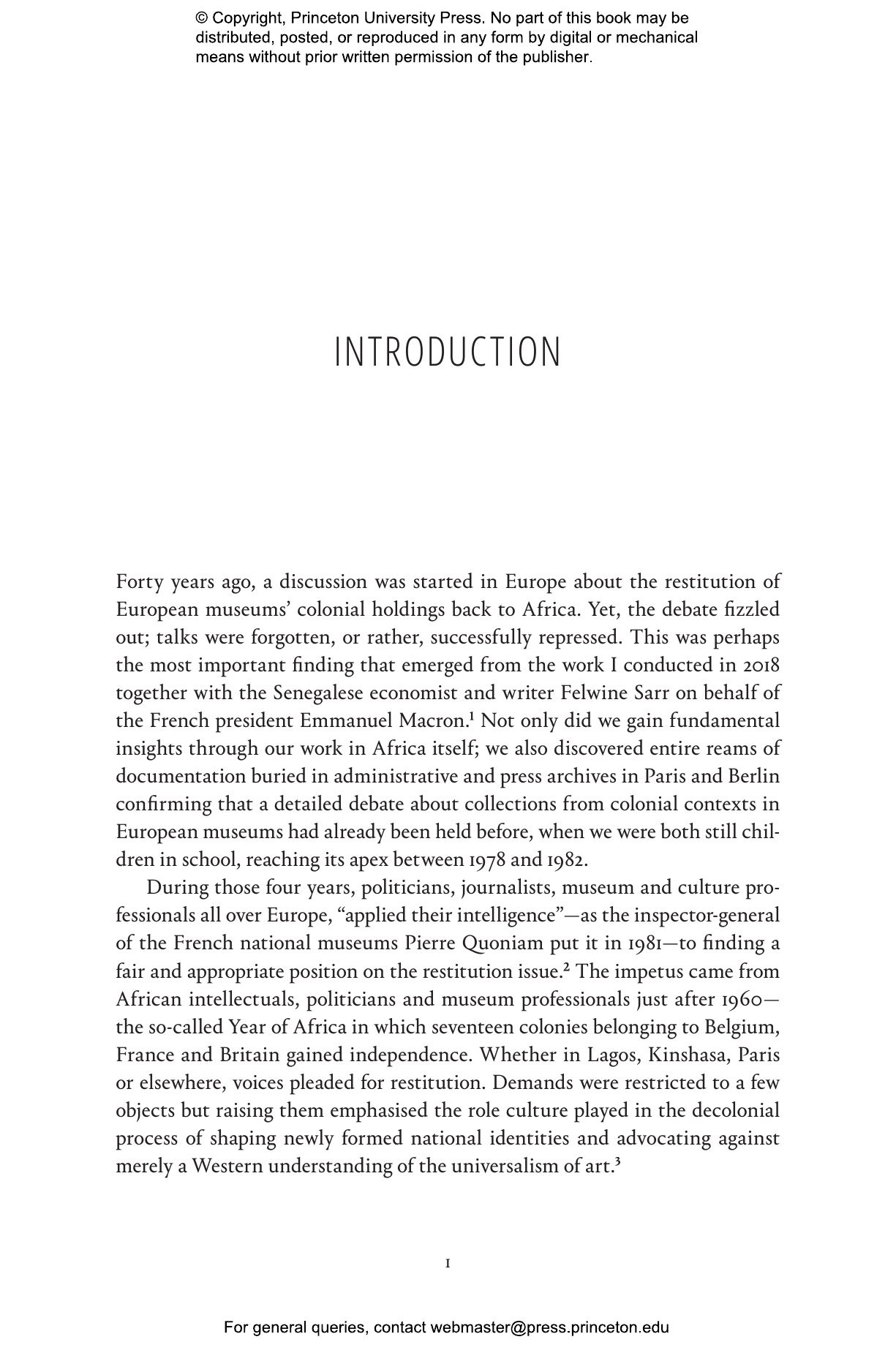 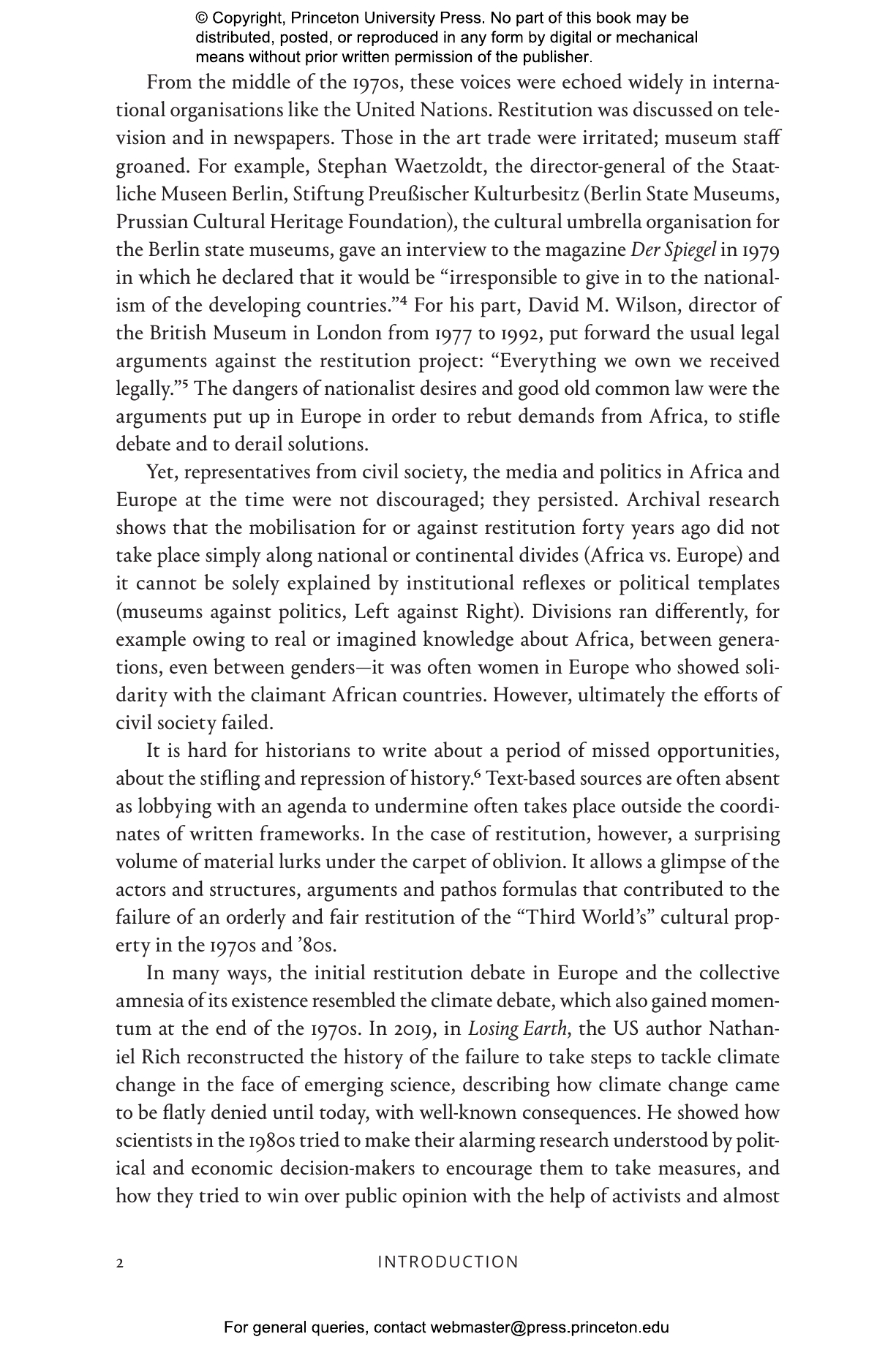 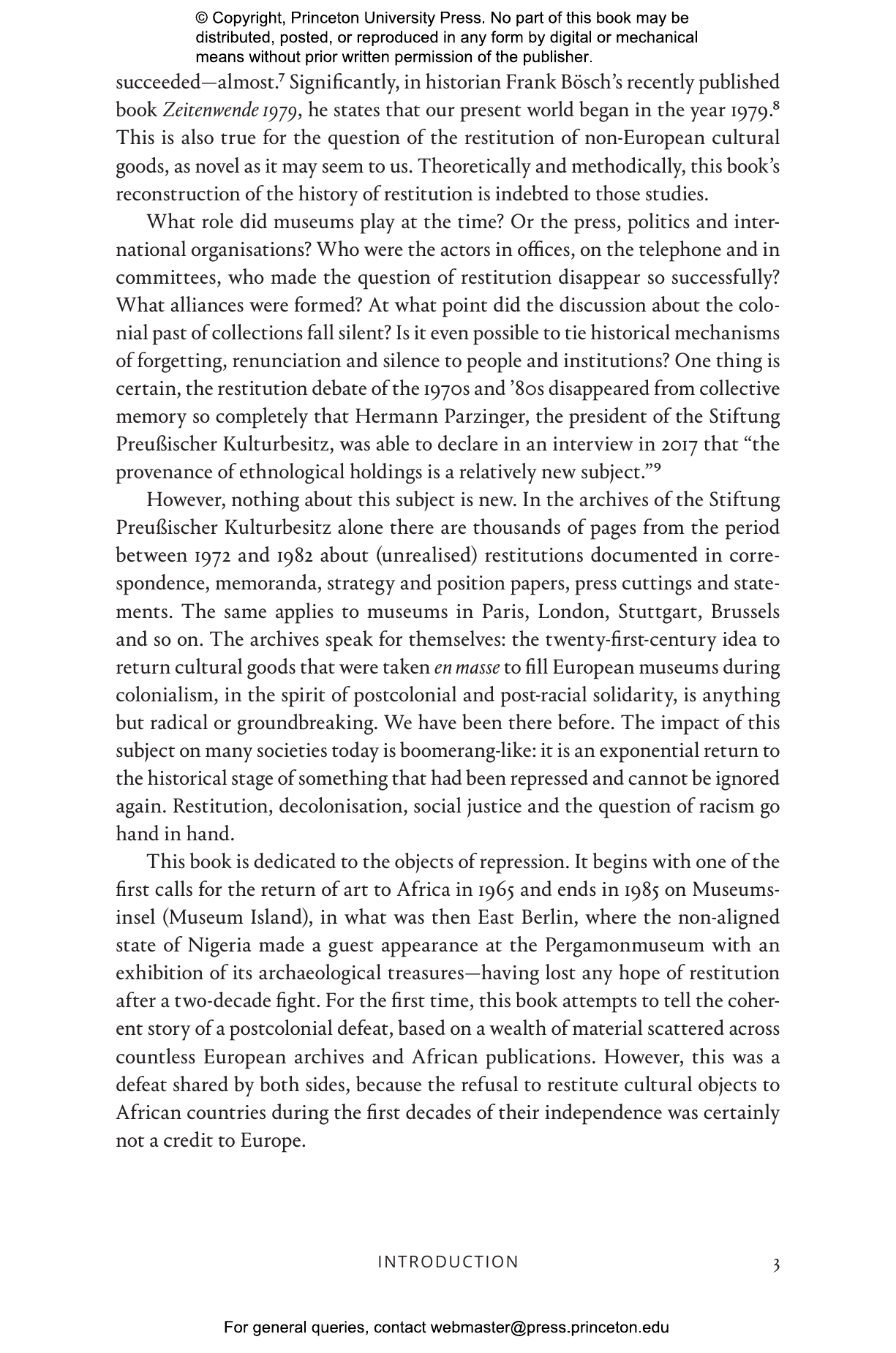 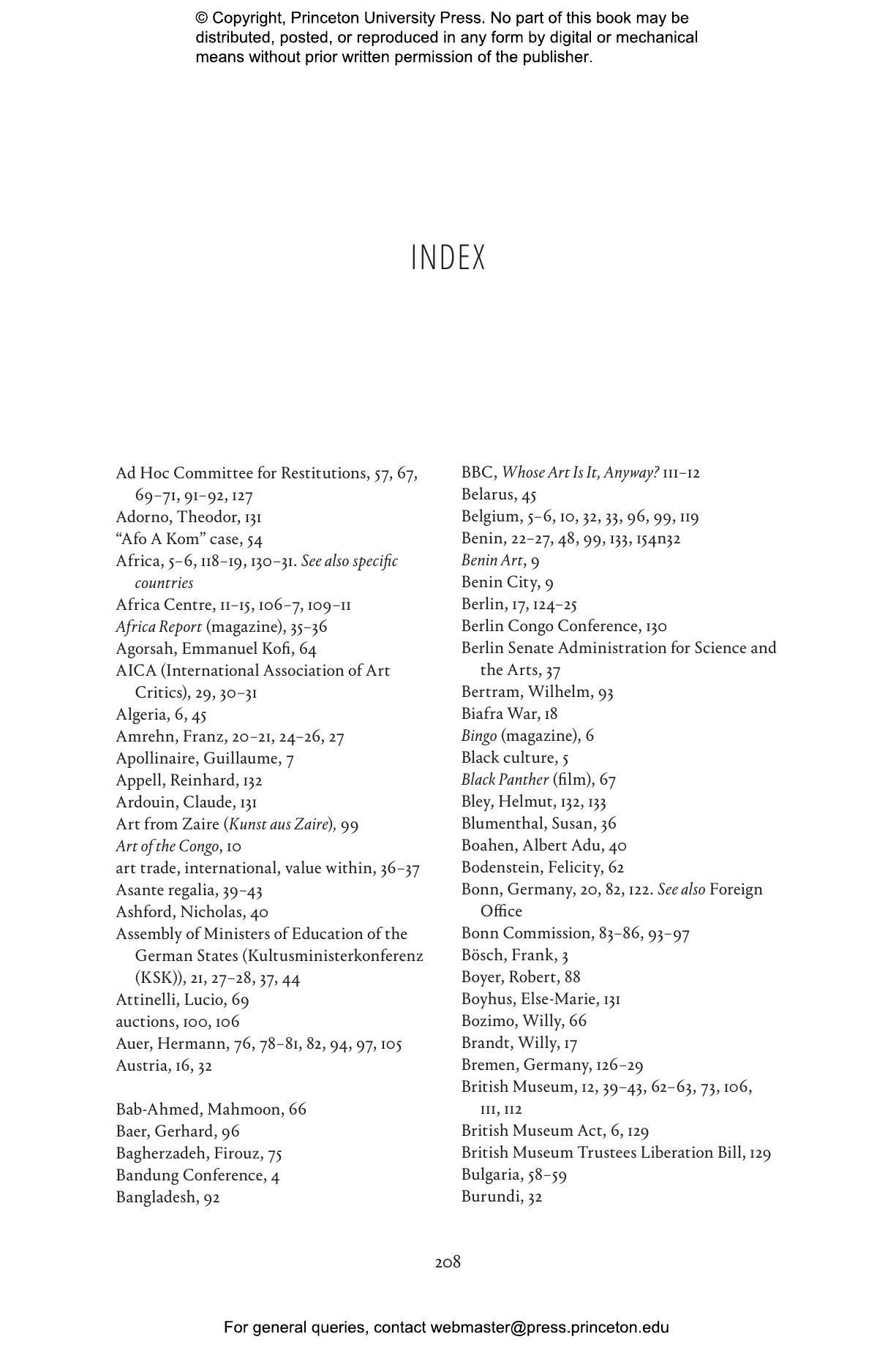 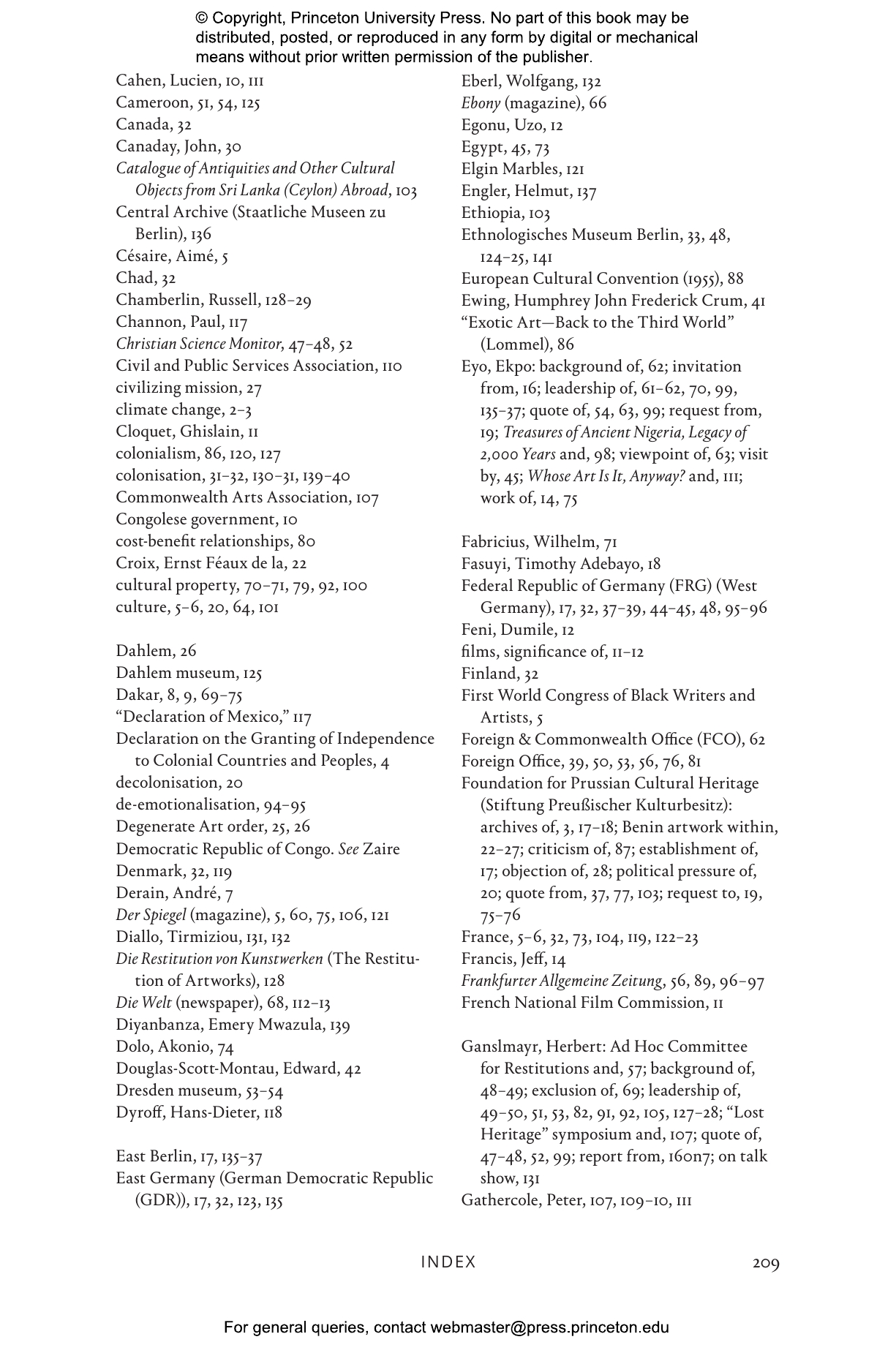 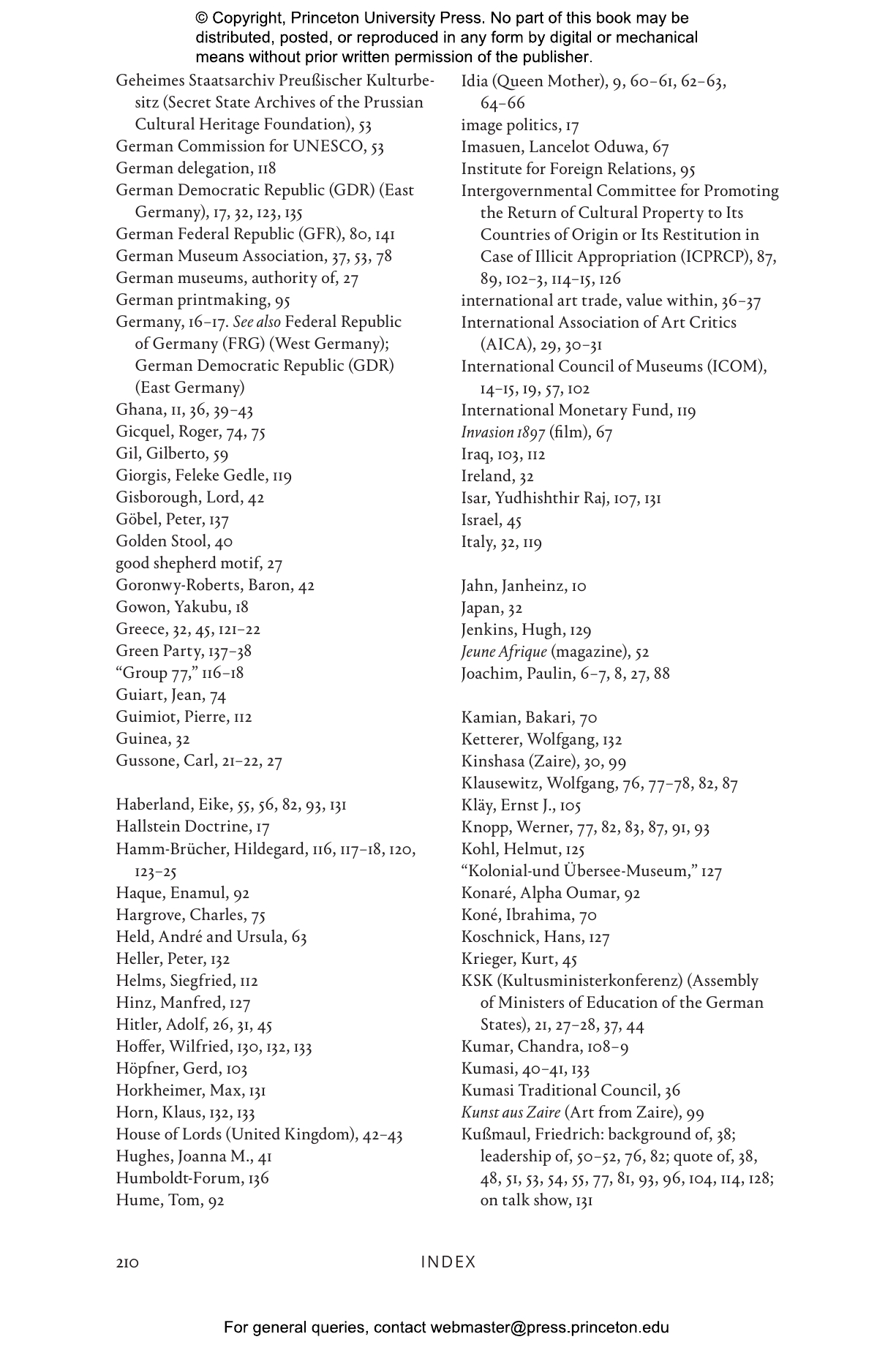 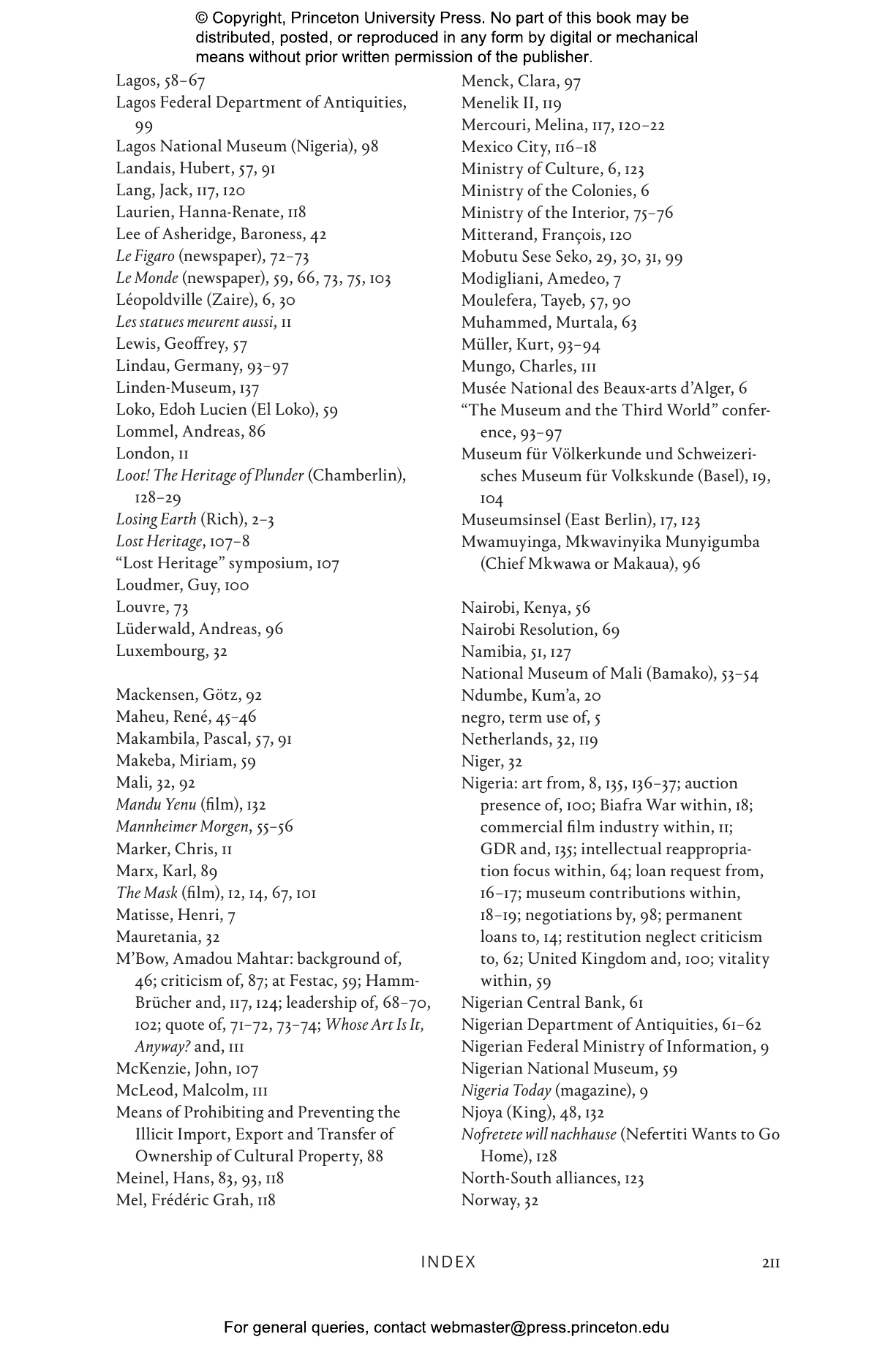 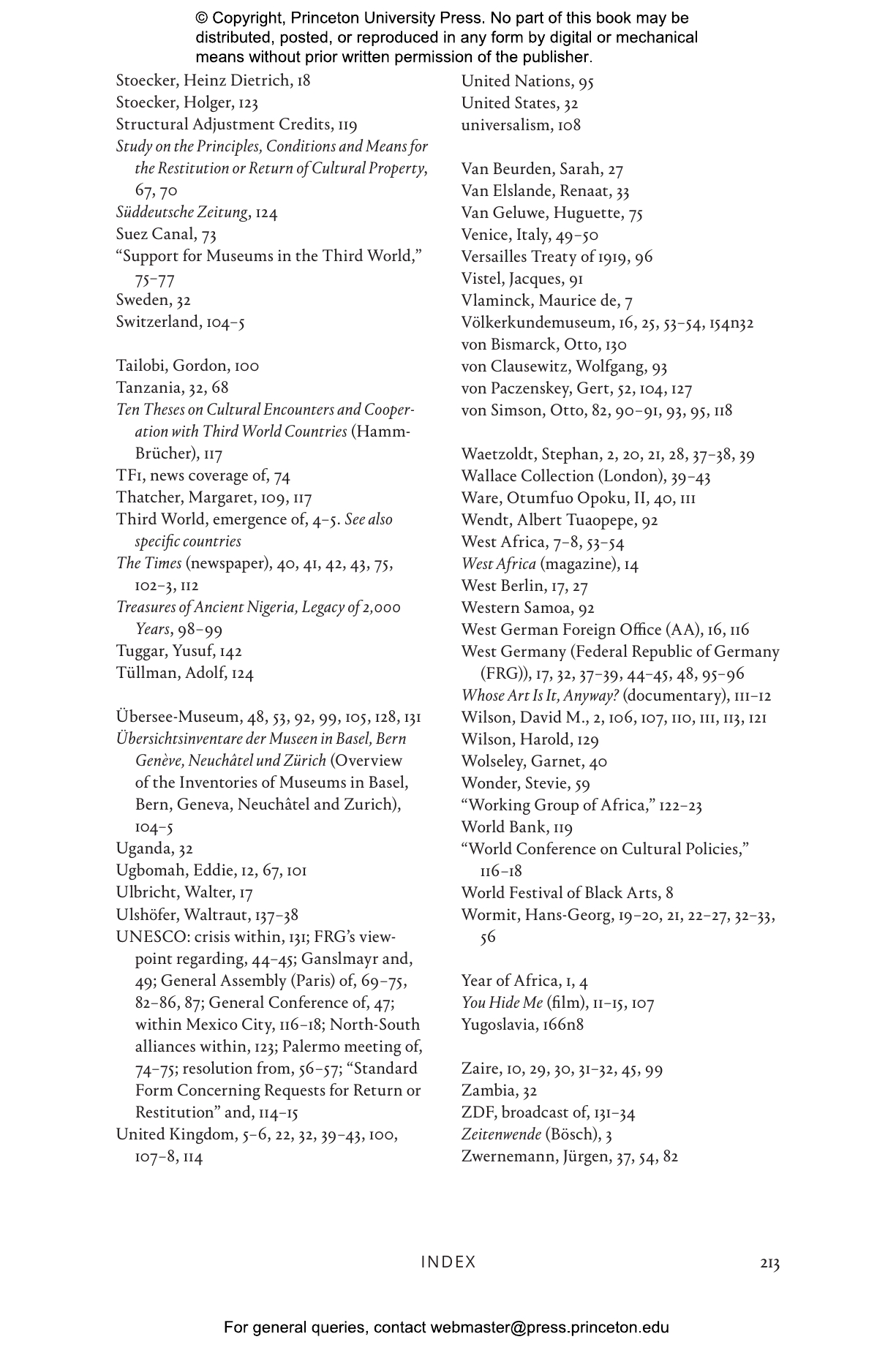 A major new history of how African nations, starting in the 1960s, sought to reclaim the art looted by Western colonial powers 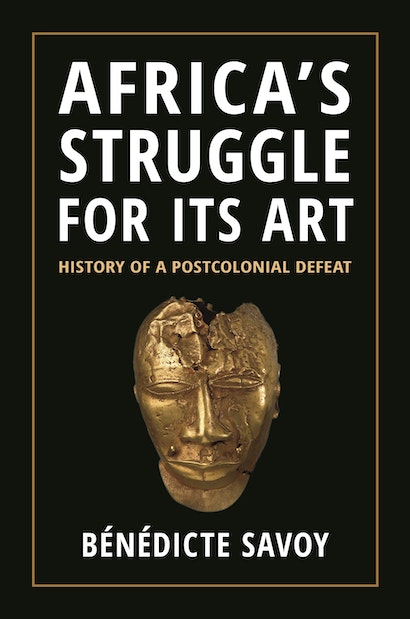 Bénédicte Savoy on Africa’s Struggle for its Art 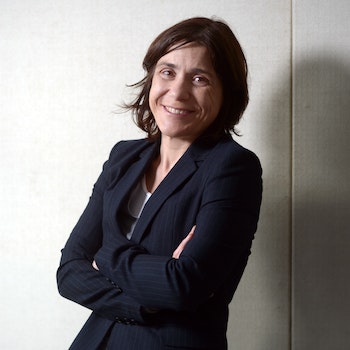 "A fascinating account of lies and disinformation from European institutions in the debate against restitution. . . . Savoy’s deeply researched book marks a shift in tone from the many articles written recently on the African restitution debate . . . that erase African voices, focusing instead on the efforts of European intellectuals."—Nosmot Gbadamosi, Foreign Policy

"A closely observed look at the resistance of European museums to repatriate artwork looted from Africa during the colonial era. . . . A thoughtful study in the ethics of art collection."—Kirkus Reviews

"An incisive and eye-opening history of the first restitution debates that developed from the mid-1960s through to the mid-80s."—J.J Charlesworth, Art Review

"Africa’s Struggle for Its Art usefully charts the prequel to current campaigns pressuring for the return of colonial plunder. . . . This is a history that few of us know."—David D'Arcy, The Arts Fuse

"An incisive perspective."—Tobias Carroll, Inside Hook

"Savoy has . . . made a significant move towards the final decolonisation of European museums and impacting the African nations into not only setting up new museums but also ratifying laws that focus on the protection of their cultural heritage. Hopefully, her book will also influence and shape the larger global conversations on the subject to counter the ridiculous argument of the western nations that such art objects now form an integral part of their own heritage."—Shelley Walia, Frontline