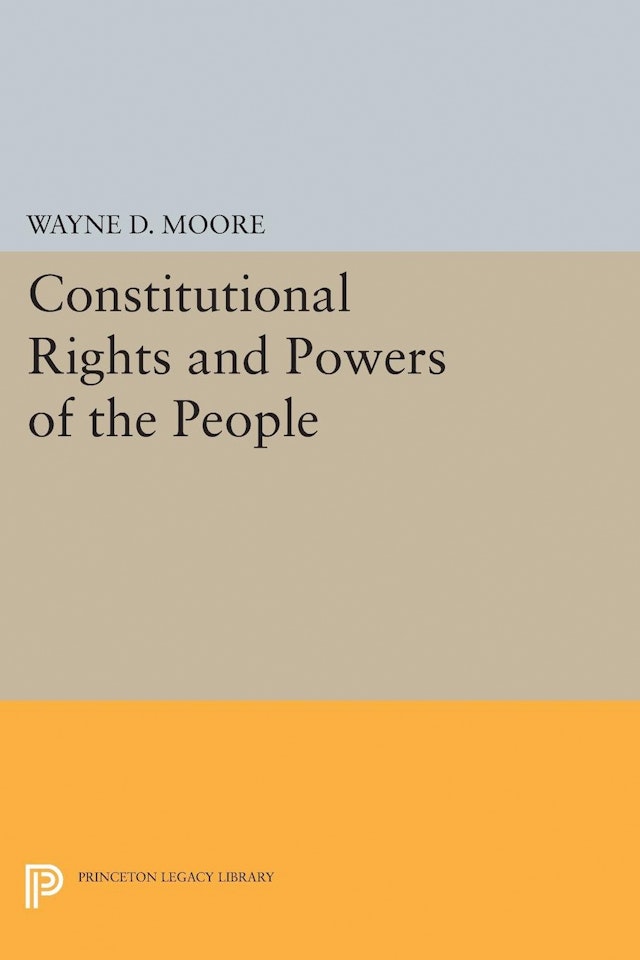 American constitutionalism rests on premises of popular sovereignty, but serious questions remain about how the “people” and their rights and powers fit into the constitutional design. In a book that will radically reorient thinking about the Constitution and its place in the polity, Wayne Moore moves away from an exclusive focus on courts and judges and considers the following queries: Who is included among the people? How are the people politically configured? How may the people act? And how do the people relate to government and other representative structures? Going beyond though not excluding relevant discussions of specific constitutional texts (such as the preamble, articles V and VII, and the ninth, tenth, and fourteenth amendments), Moore examines historical material from the antebellum period, such as the opinions of U.S. Supreme Court justices in the notorious Dred Scott case and significantly different perspectives from the writings and speeches of Frederick Douglass. He also looks at influential thinking from the founding period and examines precedents set during prominent controversies involving the establishment of a national bank, regulations of the economy, and efforts to limit sexual and reproductive choices. The penultimate chapter explores issues raised by claims of state interpretive autonomy, and the conclusion models various dimensions of the constitutional order as a whole. The book offers fresh insights into central problems of constitutional history, theory, and law.

"Wayne Moore is asking fresh and interesting questions about what it means to participate in a constitutional regime based on the idea of popular sovereignty.... Anyone interested in American Constitutionalism would benefit from this book."—Sanford Levinson, University of Texas, Austin